The pandemic has hit really hard the entertainment industry. One example of such, UNIDOL had to sadly cancel the Summer edition this year. It is fortunate that the organizers were able to go on with the Fresh edition on October 7th. This edition is made to welcome fresh blood in the idol copy circles. Participants are usually 1st year university students and have never participated to any prior UNIDOL competitions. 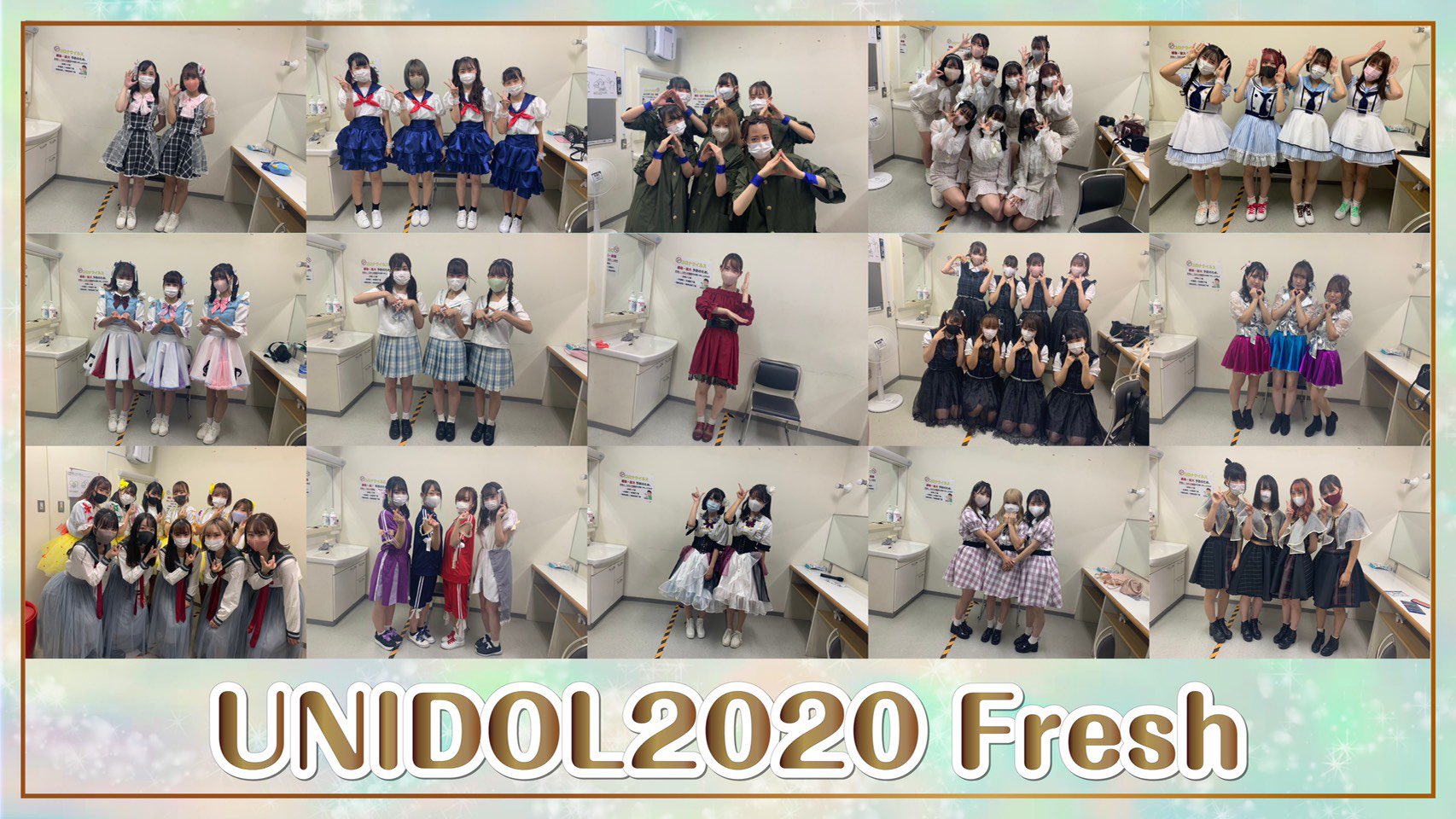 15 teams came up on the stage of Shinjuku ReNY. They had six minutes to make an impression on the official judges, the audience and the online viewers who were in charge of the scoring.  2 hours later, the results are in and the first prize to be given was the Best Costume Prize. It went to Hanairo Biyori of Aoyama Gakuin University.

The 3rd place with 351 points, ranking first in the online scoring, fifth in the audience scoring and third with the judges, went to Prismile from Waseda University.
The 8 members started their performance with the first single of Seishun Koko 3-nen gumi Idol Club, “Kimi no koto wo mada nani mo shiranai”, a song written by Akimoto Yasushi none the less. Their second song “Zurui yo, Zurui ne” from =LOVE gave some goose bumps. The dance was on point and Shiina at the center position went the extra mile, with her hairstyle copying Saito Nagisa’s. As the last song “Suki na Hito” from STU48 began, the girls as flowers blooming switched on stage from their black dresses to beige ones. The performance ended on a light and fresh idol-like note. 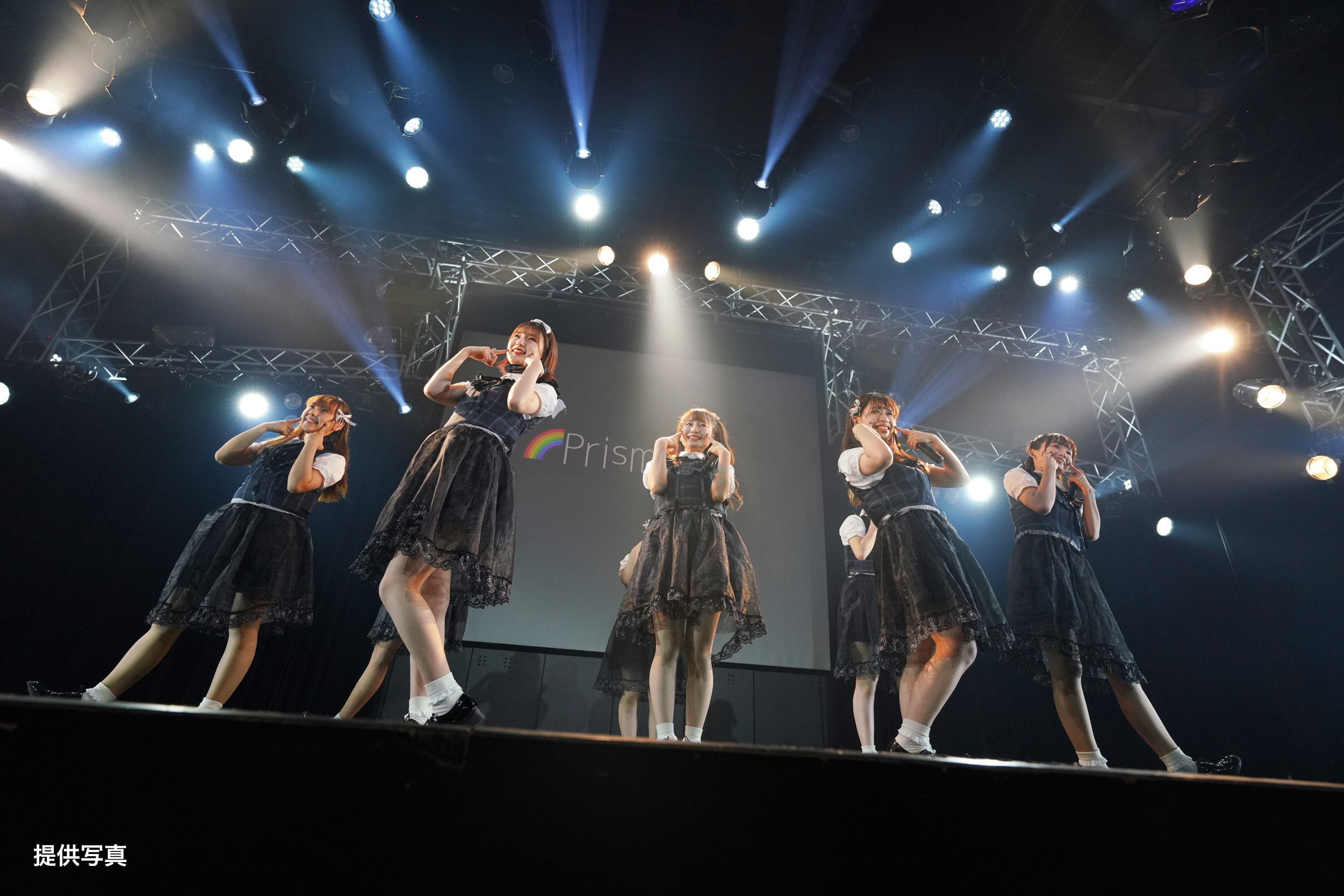 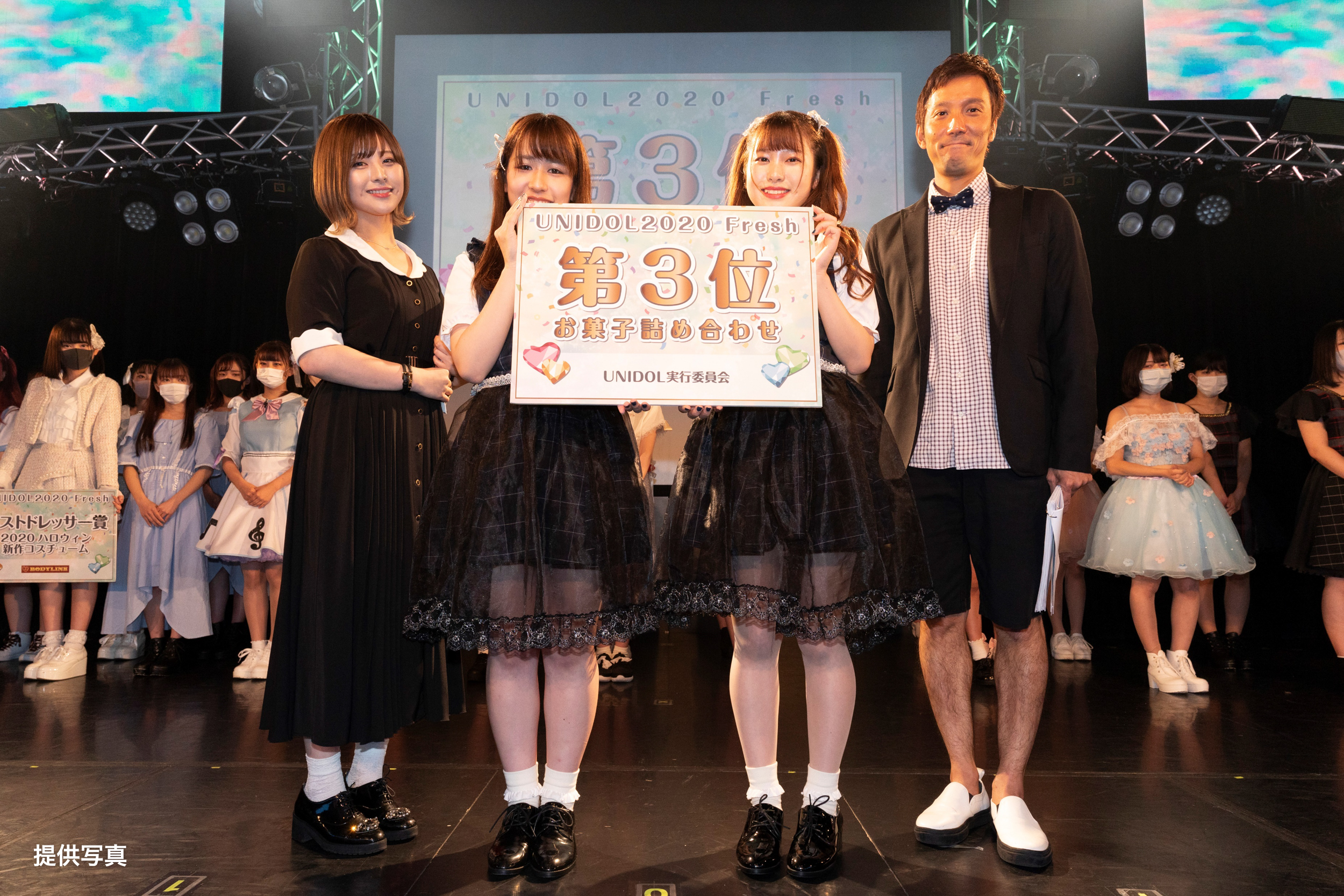 Next is the runner-up with a 10,000yen prize. Ranking 2nd among all the scorings with a total of 357 points, it is UNGRID from Keio University.
At the beginning, a first unit of 5 members came up on stage covered by the darkness. The first notes rang. It was “Monika, yoakeda” from the Next12 unit from the 48Group. The girls wore seifuku matching the original MV. As the first song was ending, a second unit wearing white and yellow dresses walked up on the stage, making a flawless transition. The dresses match the original MV of “Hajimaru no Signal” from Tebasaki Sensation. The final song “Seishun no Uma” from Hinatazaka46 had the 11 members on stage wearing again dresses matching the original MV. “Imitation is the highest form of flattery” would be a way to qualify UNGRID’s performance overflowing with love for idols. 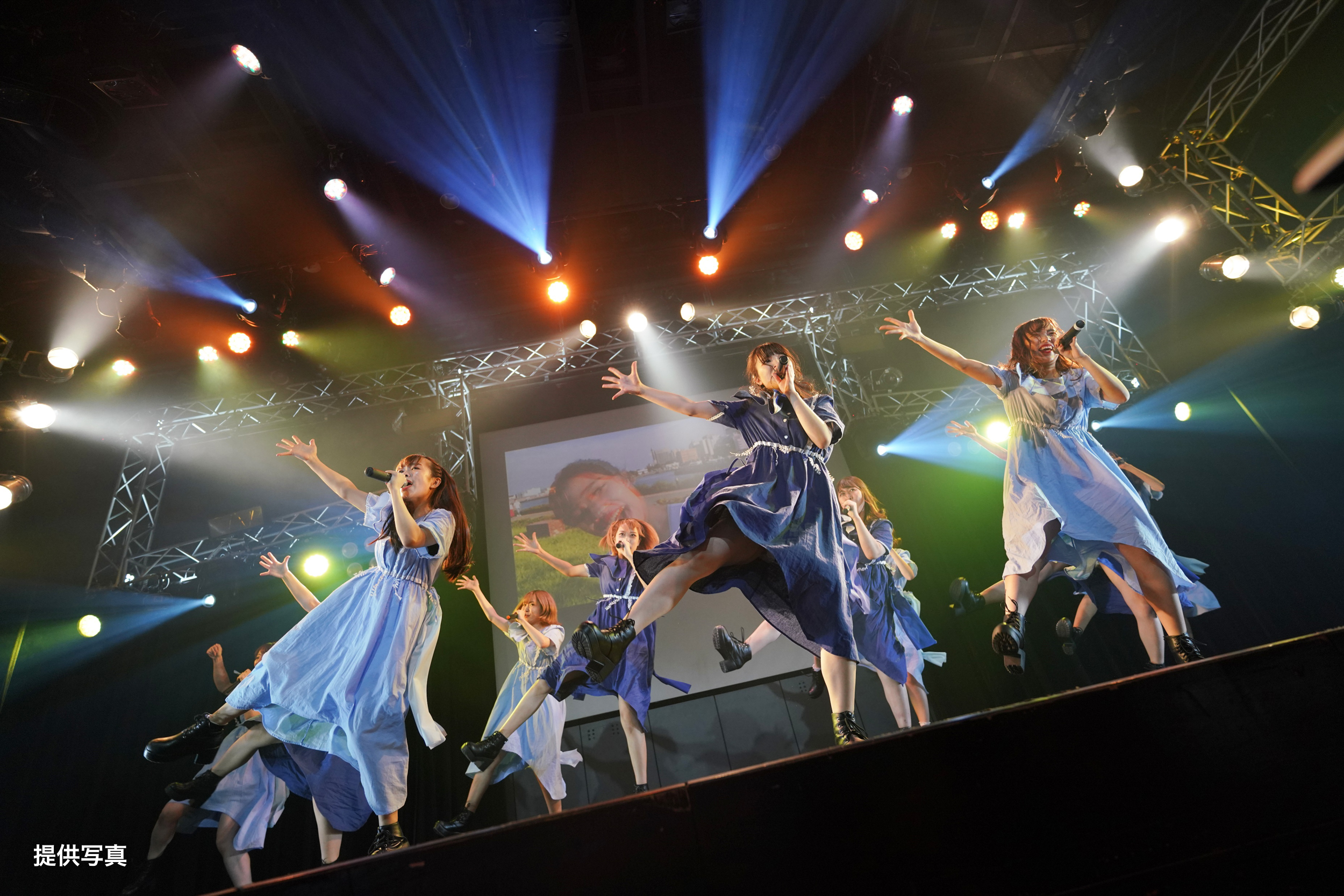 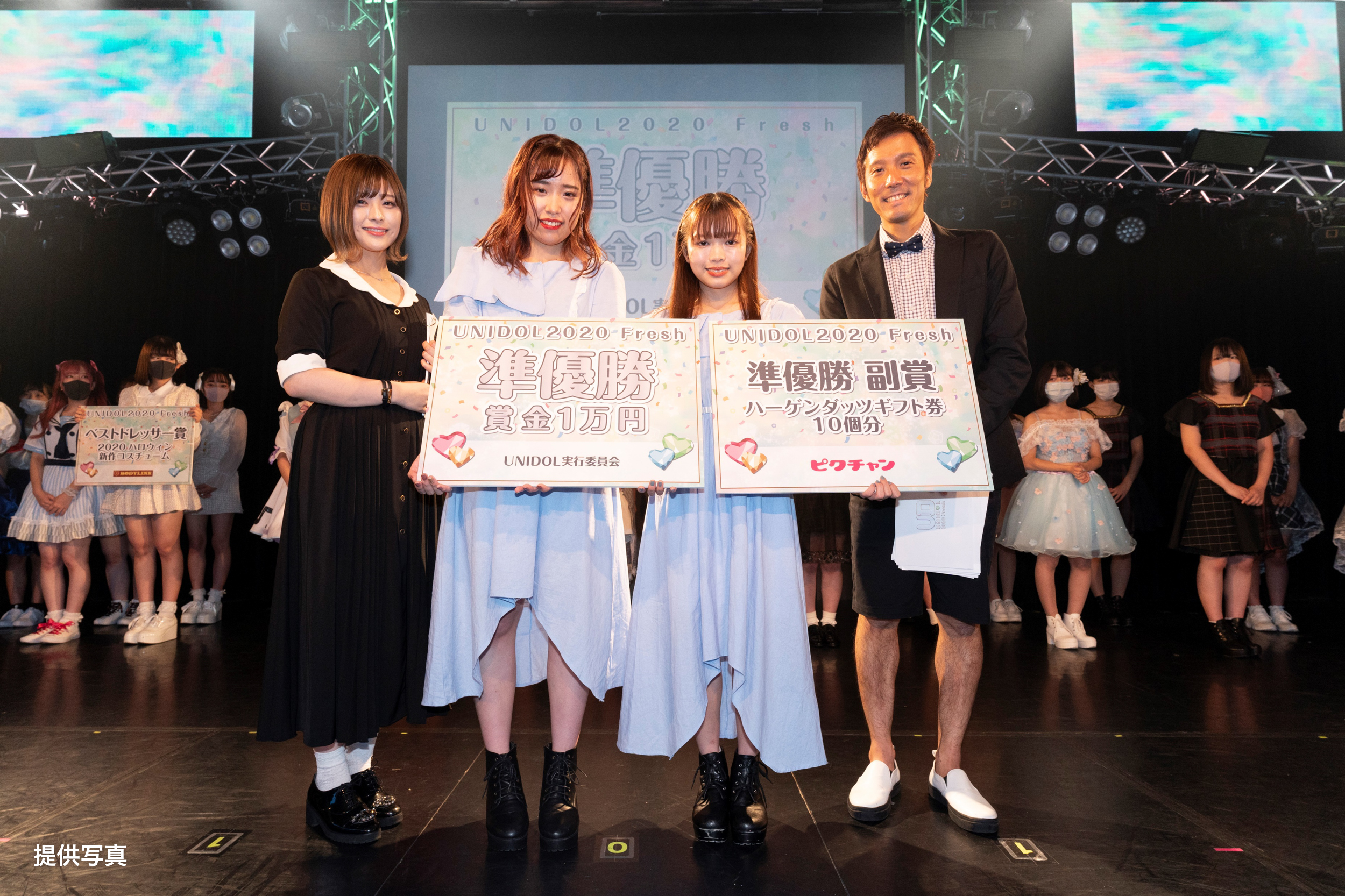 And now is the UNIDOL2020 Fresh Champion for a 30,000yen prize: ranking 1st among the judges and live audience, 3rd with the online viewers and 365 points was Sayonara Moratorium from Keio University.
The group was only made of two members: Misaki and Yuichan. Their setlist was in this order: “Sekai ni ha Ai shikanai” from Keyakizaka46, “Dondengaeshi” from ANGERME and “First Rabbit” from AKB48.  The performance started slowly with piano notes while on screen after the paper plane logo of Sayonara Moratorium there was Yuichan standing on a green field. As the piano notes ended, Yuichan let off a booming cry bringing us back to reality. The girls danced throughout the song in total sync with their counterparts on screen. The following song, more upbeat, offered a welcome change of pace. Yuichan kept warming up the crowd without fail. For the last song, Misaki appeared on screen playing the first piano notes of “First Rabbit”. The girls went off-stage to change and came back as the piano part ended. The rest felt as a reminiscence of a typical AKB48 concert finale with the video showing both members in casual outfits rehearsing on the screen. 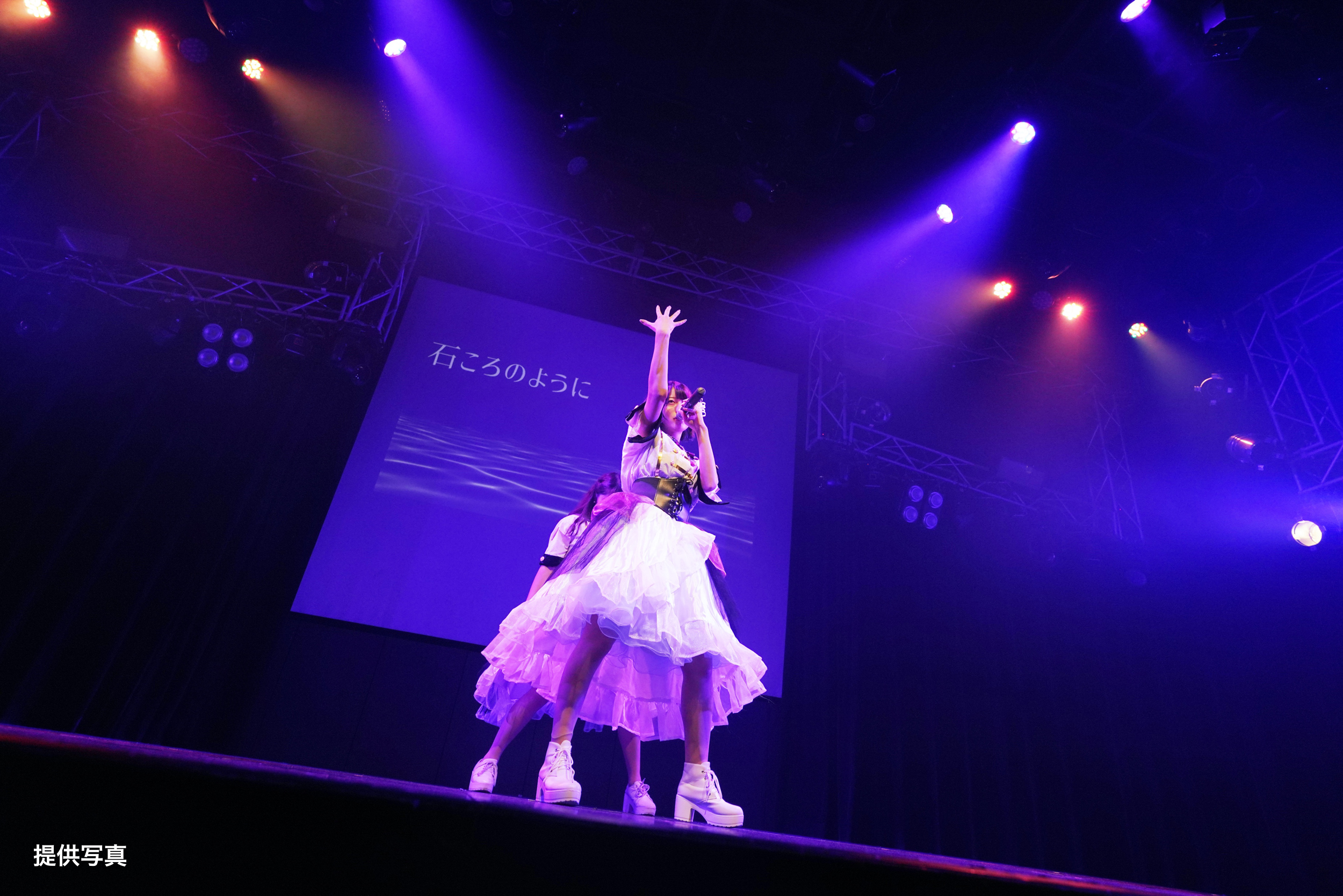 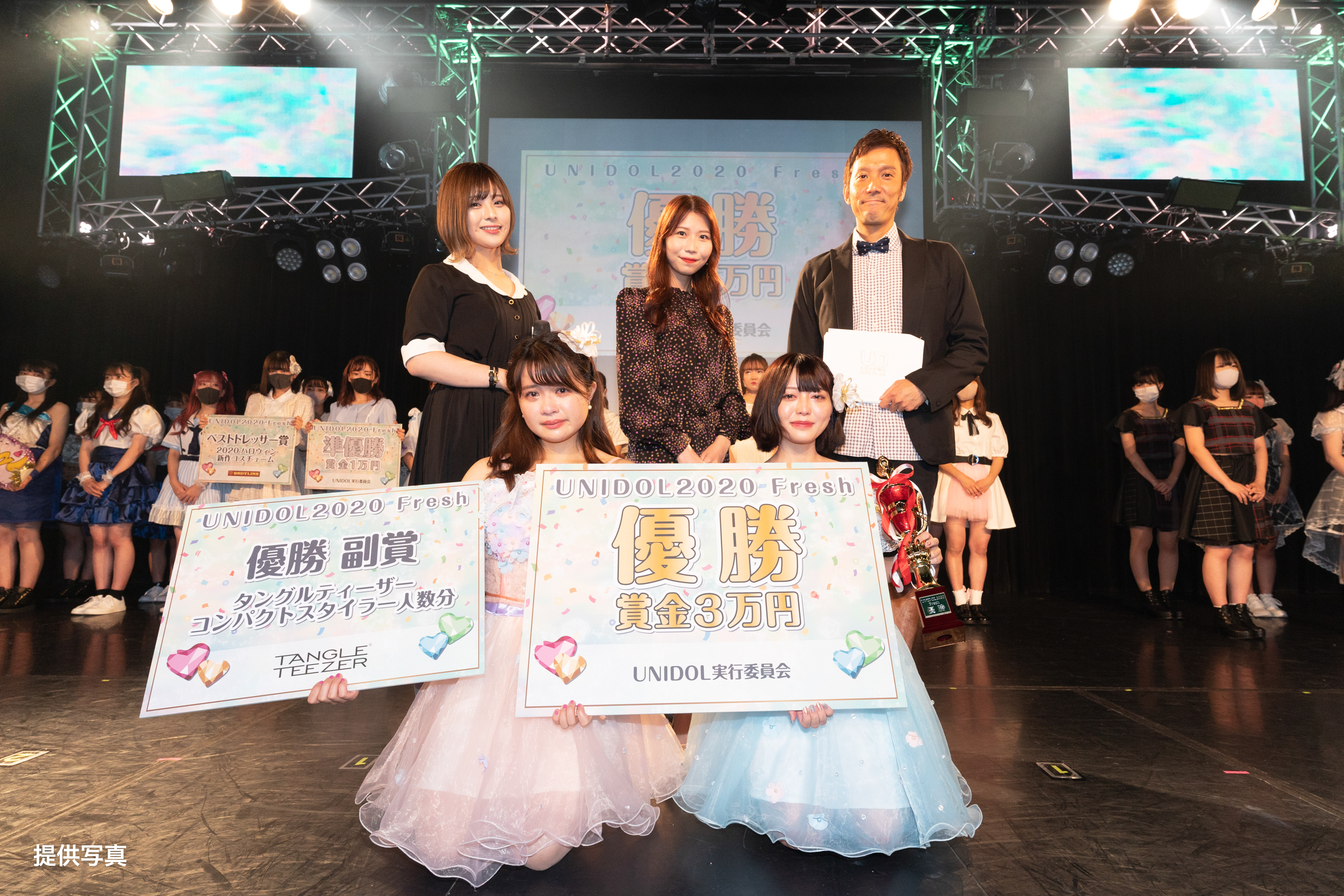 Sayonara Moratorium went way past simple dance-copying. They owned their songs, engaged the crowd and crafted a complete show full of charisma. Isn’t it what makes idol performance enjoyable?  The UNIDOL 2020 Winter edition is right around the corner and hopefully all the UNIDOL Fresh participants will come up to shine on stage again.

Thanks to UNIDOL management for the official photos
Article and translation by Anthony.

UNIDOL
This site uses cookies in order to offer a better browsing experience: Find out more