On September 6th, Iketeru Hearts met with their fans to celebrate their sixth anniversary together. An anniversary that will be remembered for several reasons, the first being 2020, an unusual year for the whole world due to the COVID-19 pandemic. The venue’s seats were therefore reduced to respect the infection prevention guidelines and masks were mandatory. Fans that did not attend the concert could watch it live online via the ZAIKO platform! 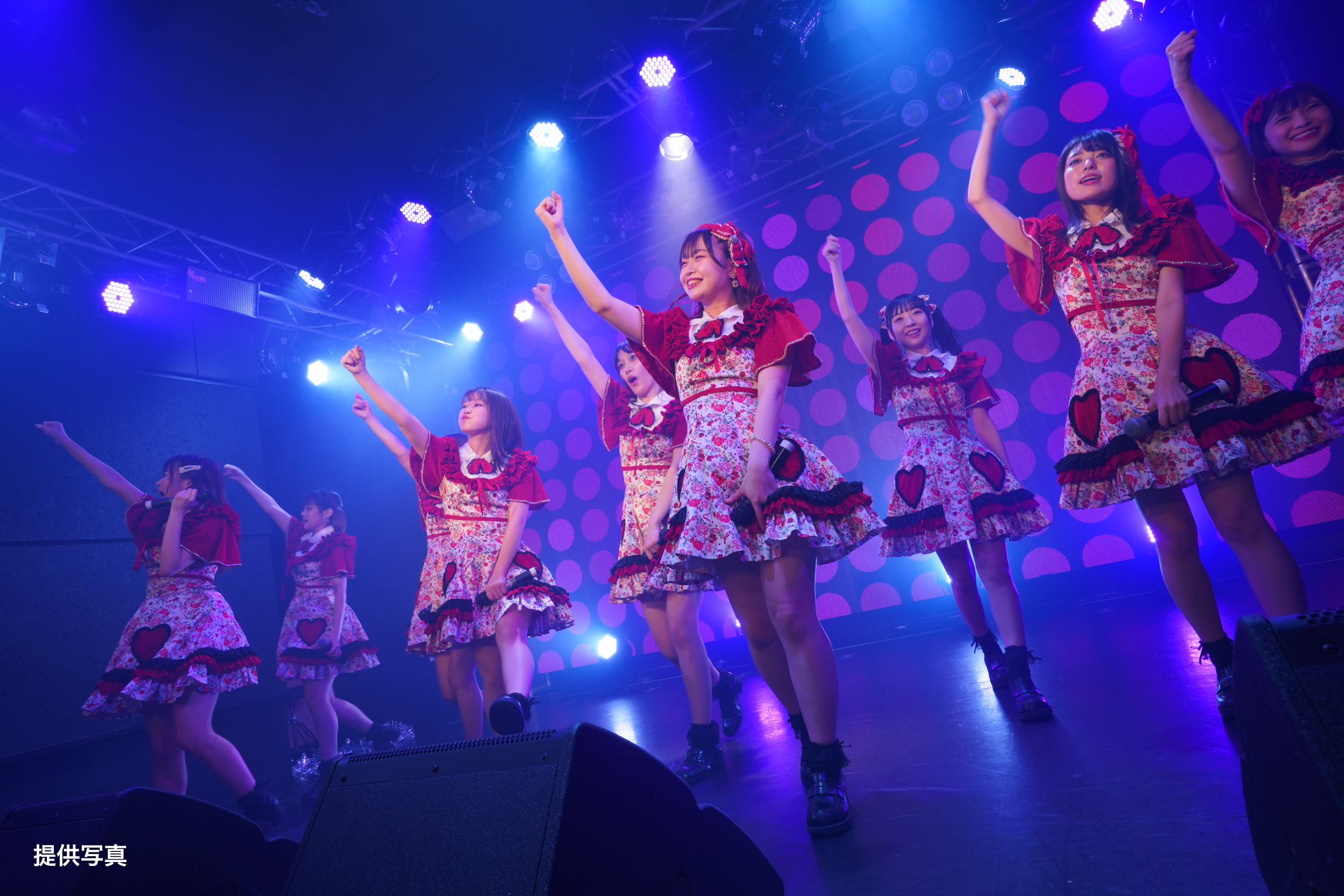 The evening performance started at Akabane ReNY.
The lights go out and the nine young girls appear after the group’s usual opening tune. The group’s fifth single “Rosetta Stone” opens the way and after a slow start, the mood brightens up with “Ike Ike BIG HEARTS♡”, accompanied by a small remix during the introduction. The first MC then takes place and the girls introduce themselves one by one. Nijika, the leader, talks about the 6 years of the group and immediately switches to the third anniversary of the second generation (Aise Risako, Koizumi Shiika, Imai Aki and Shiroki Leia) which will be celebrated the very next day. Risako quickly speaks out about her feeling that the group is like a second family for her, which prompts reactions from all the members. 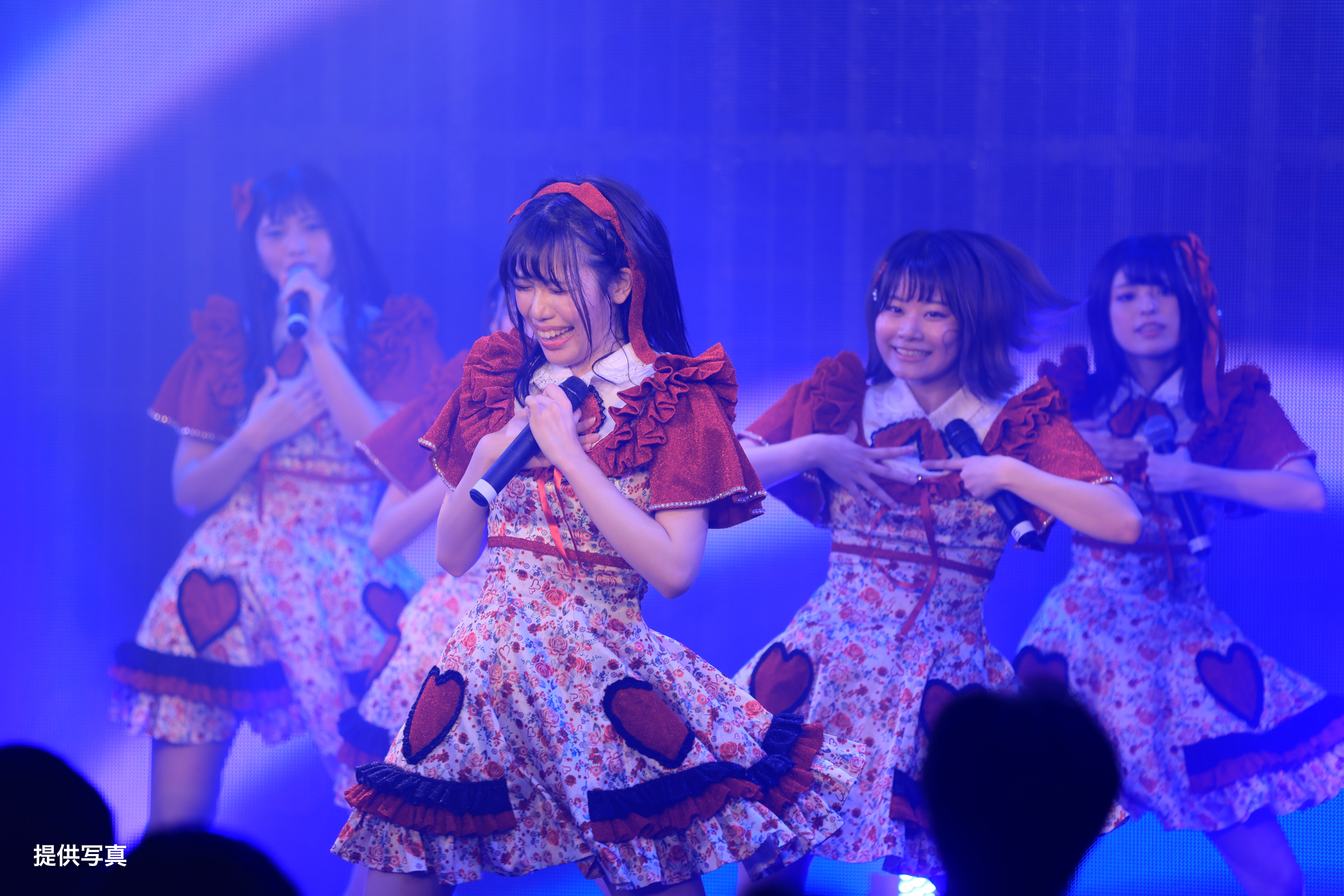 The concert can resume with a series of singles: “Never Stop Love”, “Karma Stripe” and “Sparkle☆Power”. “Soukoku no Spica” follows up and this time, “Triangle Wave” is performed by a quartet composed of Nijika, Risako, Shiika and the latest generation member Yuzuki Nanaha!

A second MC takes place with Nijika still in charge as she praised the two newcomers and got excited about her being able to share her experience with the second and the third generation. Then, Fujisaki Shizuku voices her determination and all her efforts provided since Ochi Karin’s and Uchida Kotone’s last concert. Nanaha confesses her joy to finally see the fans dance for her full first one-man live with the group. Once everyone shared a few memories, the live can come back full force with “LOVE♡LOVE♡LOVE” and “In the Name Of Love 〜Ai to Iu Mei no Moto ni〜”, a song written by YOFFY from PSYCHIC LOVER about these trying times.

A short MC happens and “MARIA” resonated, followed by the dark and scarlet-red “Zaishou no Lucifer”, followed by “Sekai he Habatake!” and its catchy chorus. As usual since their 2019 tour, a remix of “Happy End” filled up the venue with joy! The disco vibes goes on with “Otomegokoro” and its remix. “Lumica Jane”, “Kibou no Chizu” and “KAKERA” wrap up this powerful medley. 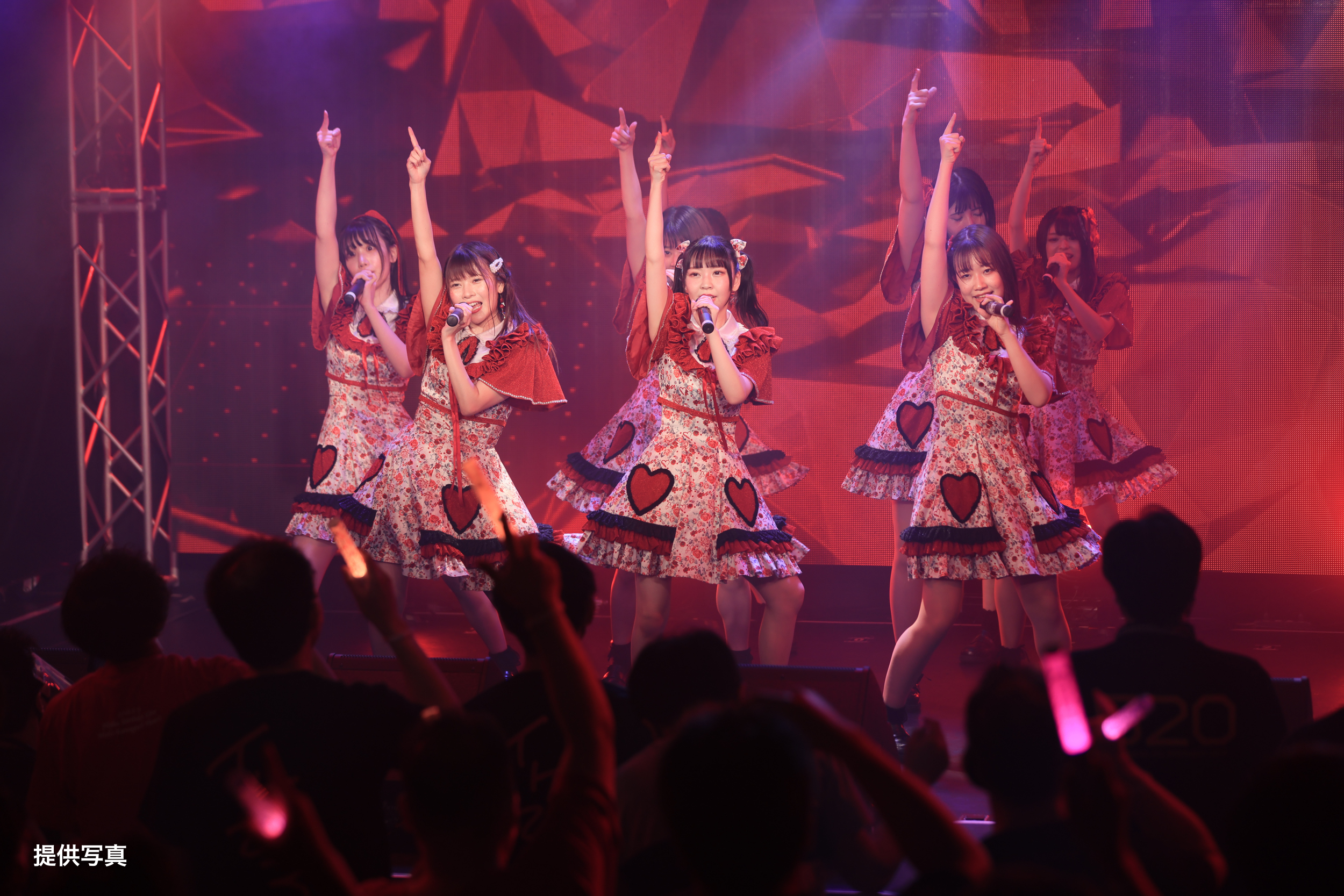 Special year means special concert! It didn’t end up with the traditional ENCORE but with a speech with from every members. Usami Madoka and Tachibana Rie thanked the fans for being there, online or in the venue, wishing that the current health crisis end in order to be able to dance once again, in front of everyone. The two young recruits, Nanaha and Shizuku, thanked the members, the fans and strongly confirmed their wish to attend the group’s seventh anniversary next year! The four members of the second generation also talked about their motivation to continue to give their best for this new year.
Leader Nijika spoke last and to everyone’s surprise, announced her departure from the group on December 19th, 2020. She talked about all the joy she had to be able to experience so much as a Iketeru Hearts member. Despite the difficult times she went through both as a member and as a leader, she explained that every concert and all the activities made her grow up and she’s now able to move forward in life. It’s not without tears that Nijika addresses the fans, but she assured that she will continue her career in the Japanese entertainment industry, without giving too much details. After this moment of communion with their fans that the concert ended with the announcement of an upcoming one-man tour starting on February 14th, 2021 and ending August 14th, 2021 at Shinjuku ReNY! 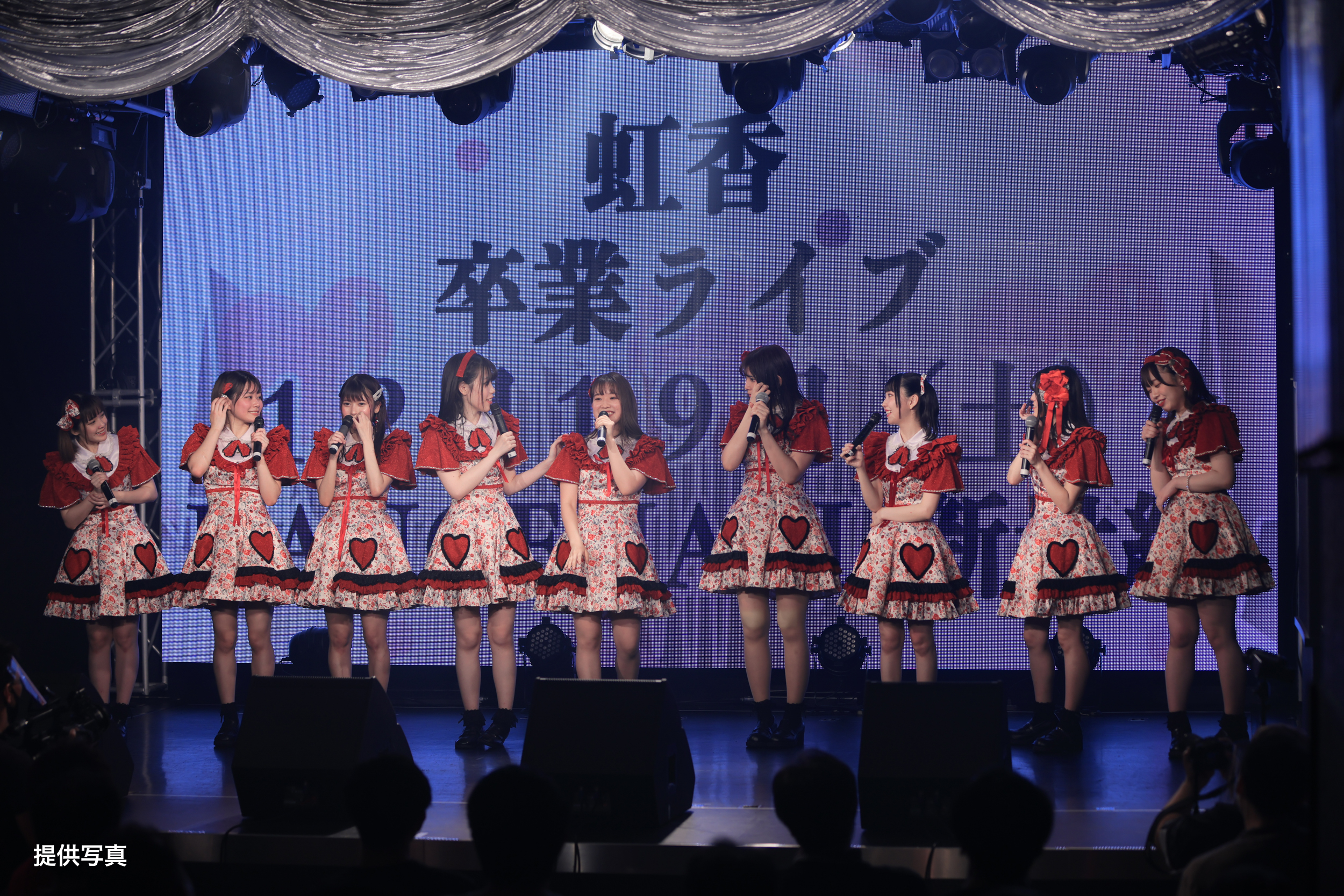 We were glad to meet Iketeru Hearts as they were able to put a smile on everyone’s face and brighten a bit their fans’ daily life during a such particular year and a global crisis. We will see them again to say goodbye to Nijika, the group’s current leader, on December 19th at the DANCEHALL Shinseiki. Iketeru Hearts will come along with Zenryouku Shoujo R as well as Ange☆Reve for this departure concert which already sounds amazing. 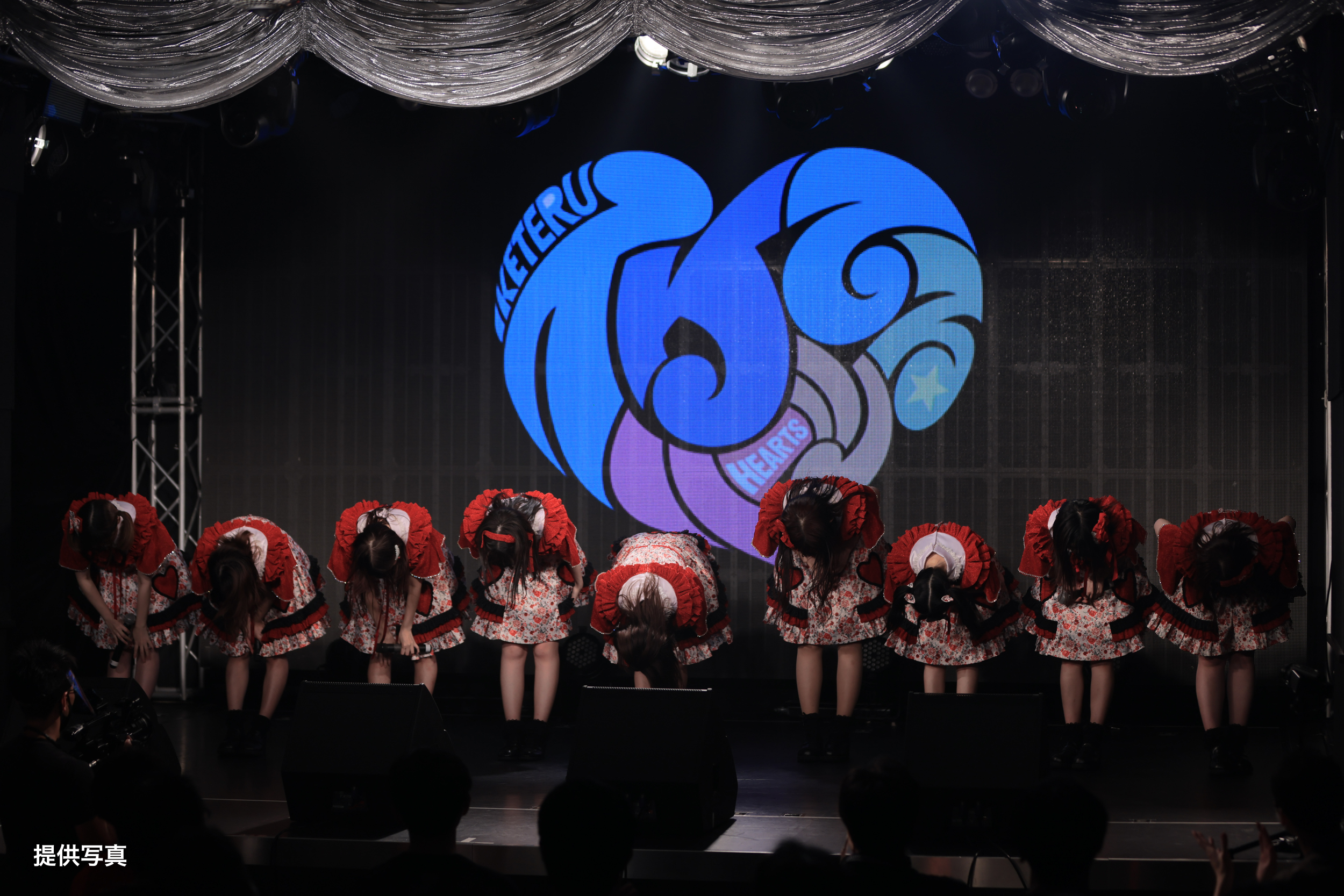