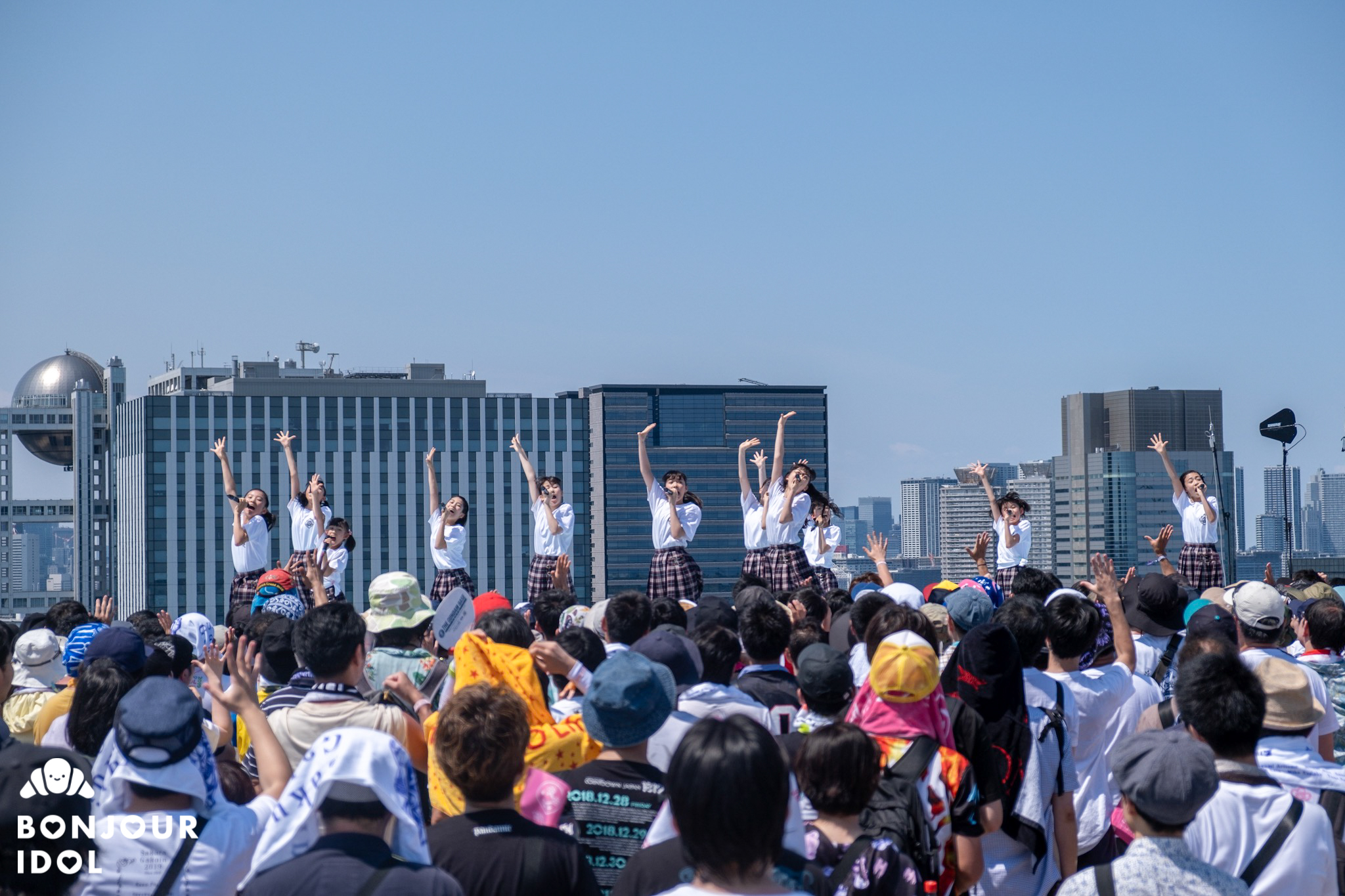 We followed the group who gave birth to BABYMETAL, Sakura Gakuin, during two performances on that last day of the festival; under the blazing sun of the Sky Stage, and in the freshness of the Hot Stage for around thirty minutes each. Their incredible energy brought honor to Tokyo Idol Festival where they made their first step, ten years ago in 2010.

Despite their young age, they conquered the fan’s hearts gathered with popular titles like “Very Shuby” and “Yume ni Mukatte”. We recommend “Jump Up -Chiisana Yuuki-“ for your first listen.

Photos by Jonathan and Brice 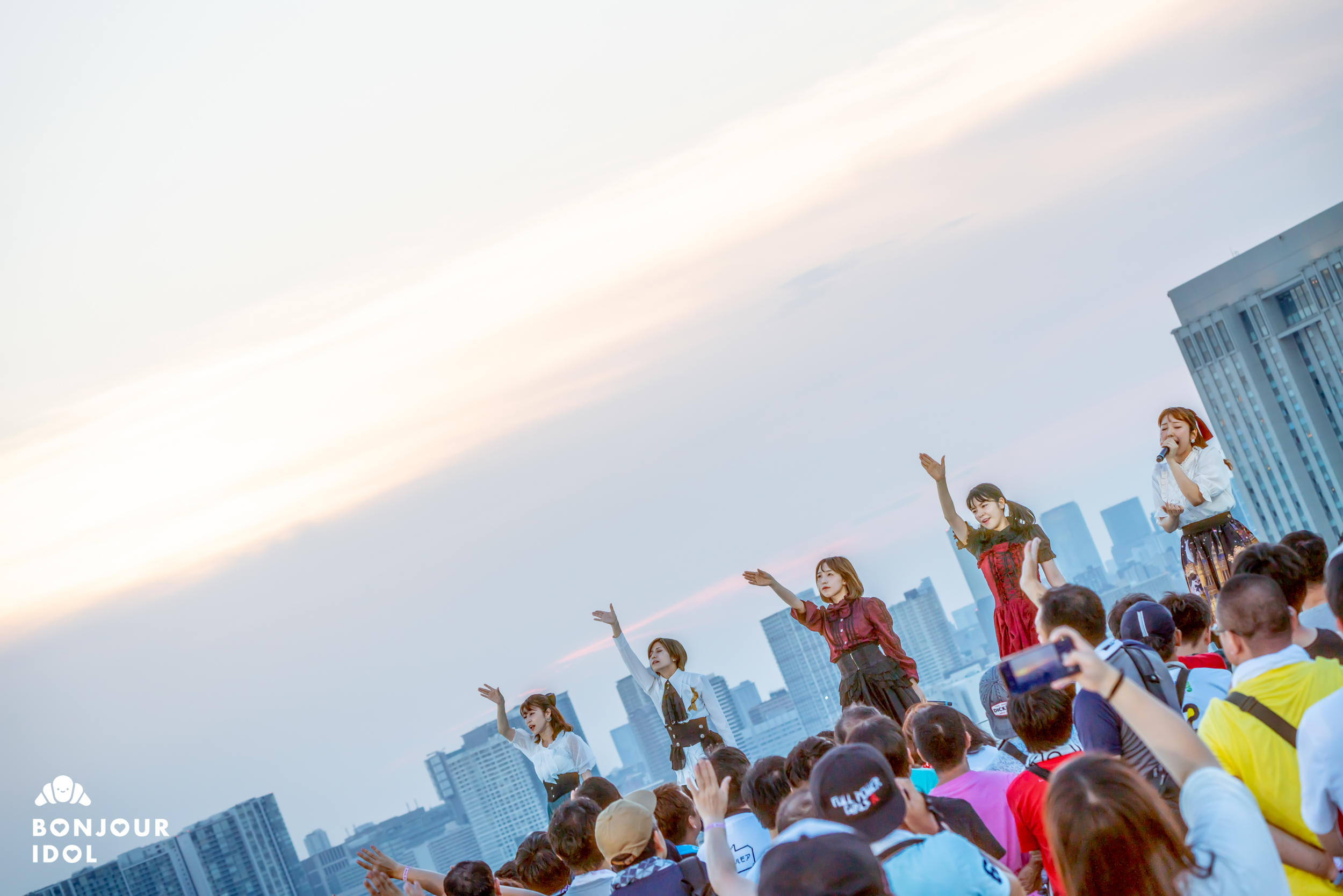 We got to enter STARMARIE‘s rock universe during their performances on several stages of the festival. With an impressive longevity for an idol group, STARMARIE made their debut in 2008 and they are still active, especially abroad, as their number of overseas performances exceeds one hundred!

Take a look at their latest single, released last May this year, titled “Dead or Alive”, with a performance of “ALIVE”.

Photos by Ryan and Kai 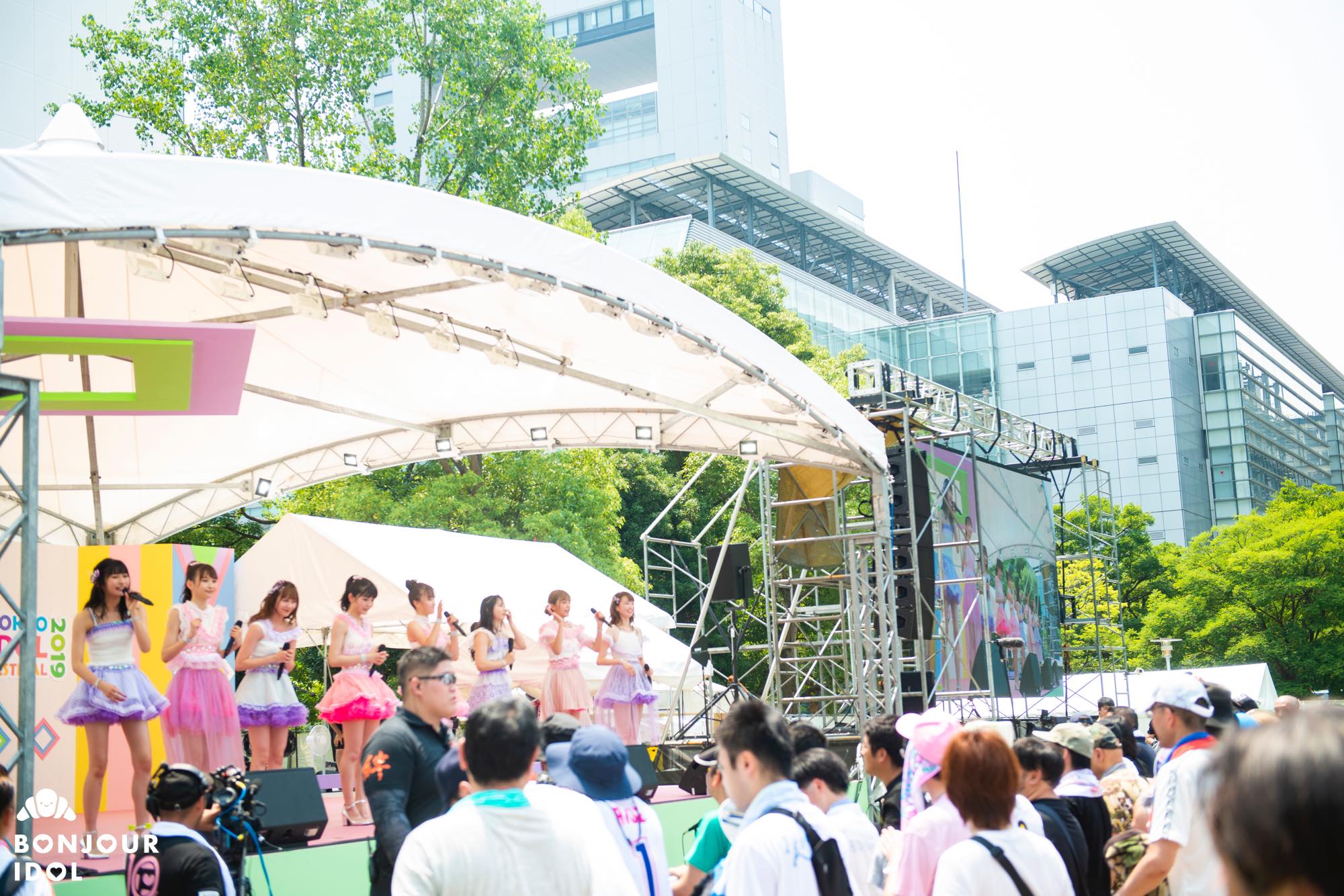 FuwaFuwa was one of the first groups we saw on the first day of the festival on the Smile Garden stage, setting the tone for the next two days thanks to their powerful charm and catchy songs!

This group is part of the Harajuku Ekimae Parties collective, which gathers under this name several idol groups performing in their theater, located on Takeshita Dori in Harajuku. Have a glimpse at “Koi no Lesson”!

Photos by Nathan and Brice 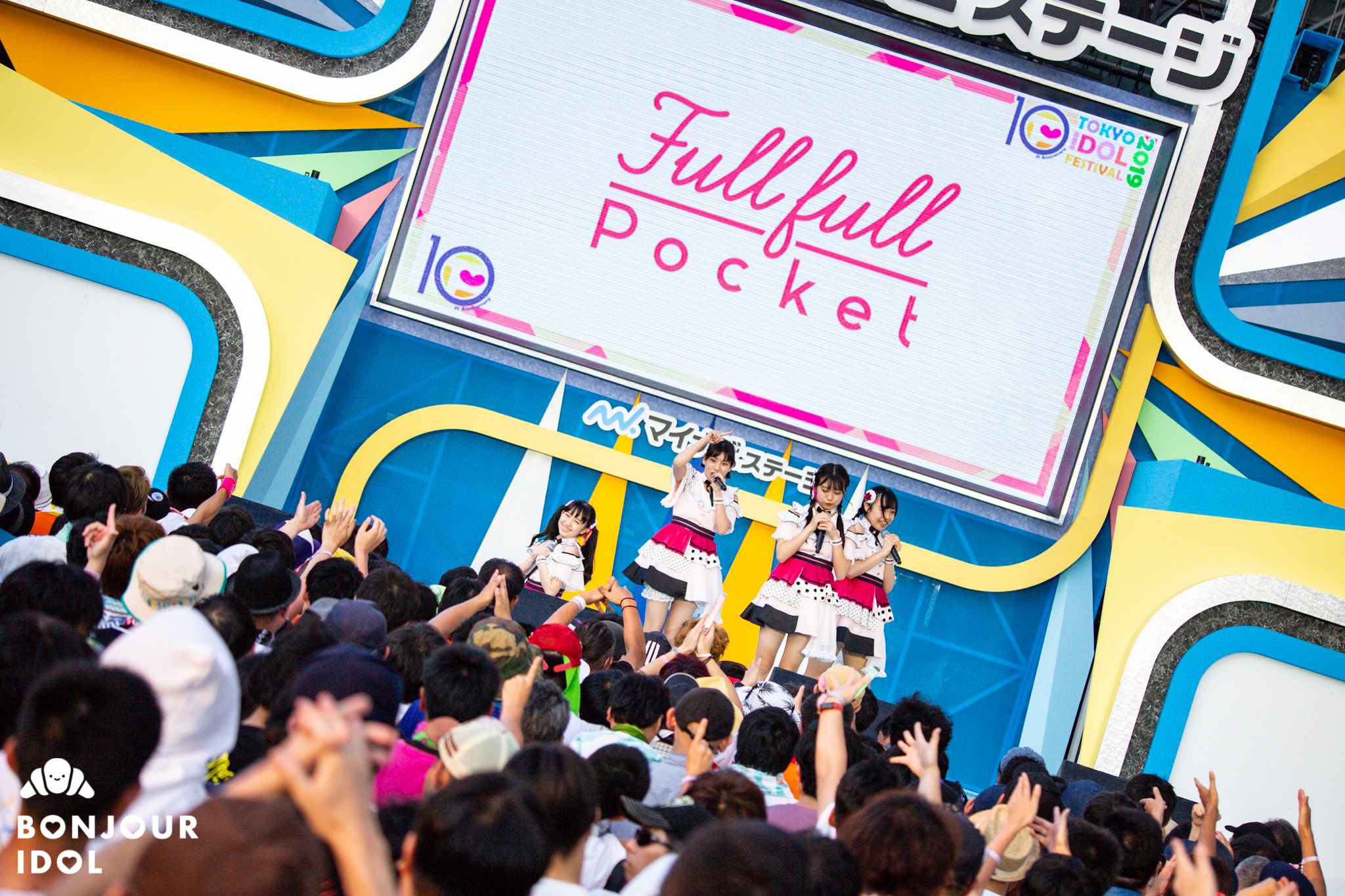 Fullfull Pocket was created in 2015 and came to a sad dissolution in May 2020. Despite their breakup, our photos during their performance on the Sky Stage and on the Dream Stage will testify to their great energy and bubbly happiness.

To add sounds to the pictures, we recommend that you listen to “Jibun Kakumei” and “F ♩ Refu ♩ Remirai !!!” available on their official Youtube channel. 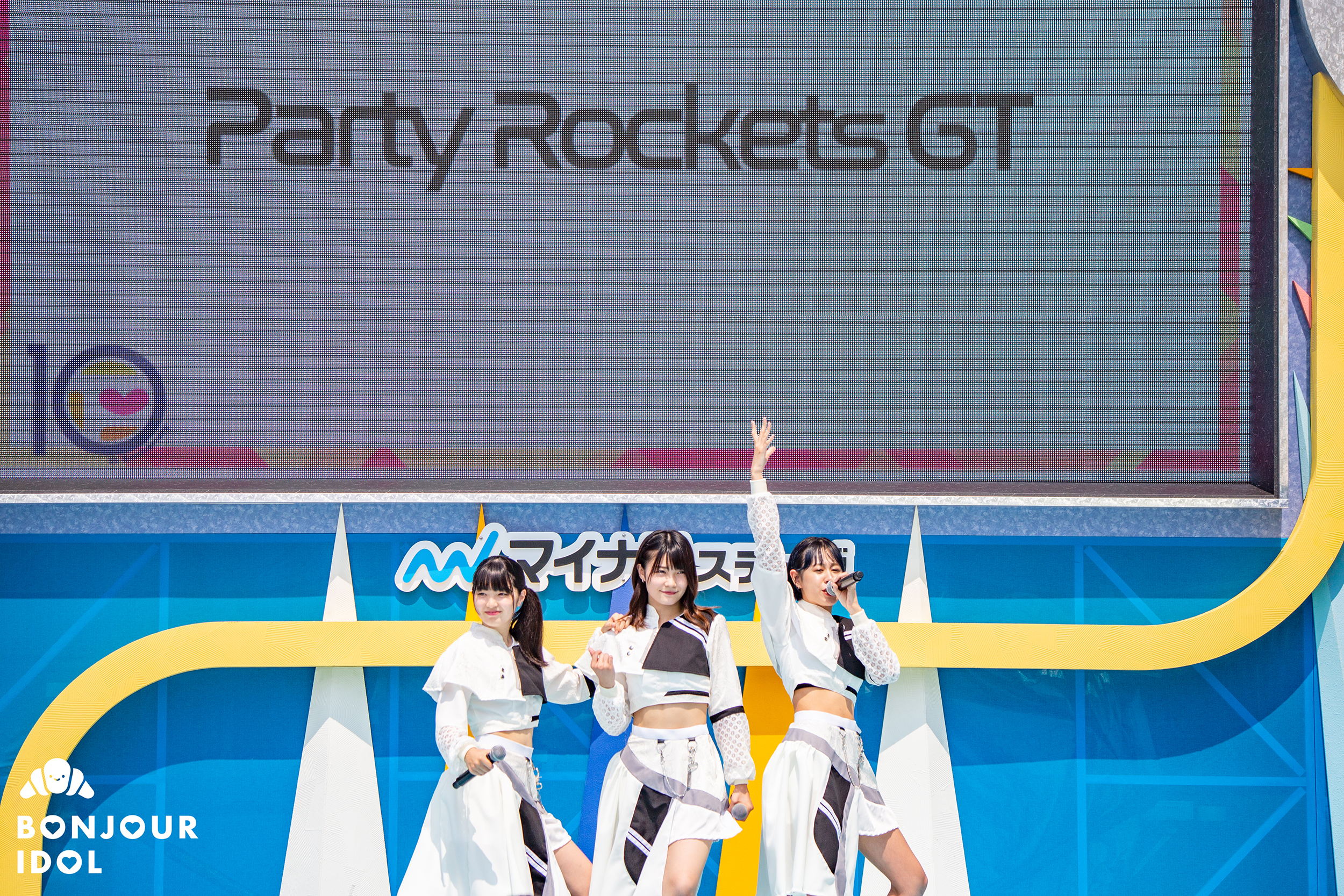 Party Rockets GT debuted in 2012 and under a brand new label from Universal Music a year later. We met them 7 years later for a short 20-minute performance on the Dream Stage.

The audience is always there for them and the presence of the group still very much appreciated! We recommend “NON STOP ROCK” for your first listen! Unfortunately, Party Rockets GT stopped their activities on February 24th 2020.

Photos by Ryan and Kai