As promised, Iketeru Hearts’ leader Nijika and Erabareshi’s Asakura Yuri came back with a second episode of their acoustic lives on November 1st!
One could wonder if this second opus would have taken place, as Nijika had announced her graduation from Iketeru Hearts shortly beforehand. The two idols joined voices for a night of heartwarming singing at Nisihikawaguchi Live House Hearts in an intimate atmosphere.

The night started with a short medley of two dramatic songs picked from the discographies of our idols’ respective groups: Iketeru Hearts’ gothic anthem “Zaishyou no Lucifer”, and Erabareshi’s epic rock riffs of “Kimi wo tsukuru subete no youso”. 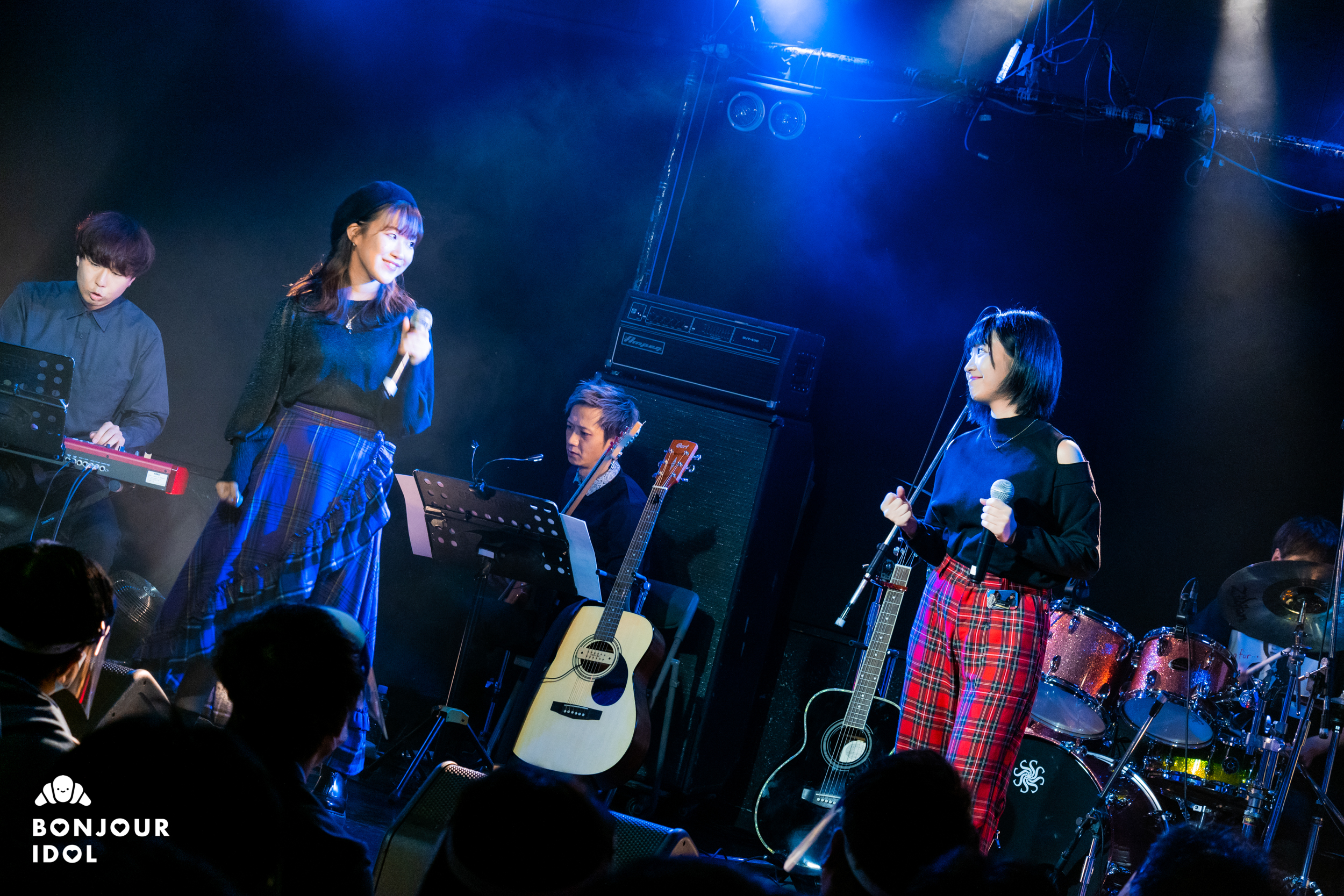 Nijika was the first one to start her solo segment, opening with “Be Alive” from her beloved Morning Musume. Her bright voice was smoothly supported by her guitar skills on back number’s “Sasaeru Hito no Uta”. mtb, Iketeru Hearts’s appointed manager, showed up as a surprise for the audience, playing the guitar as Nijika started singing her group’s love declaration to their fans, “LOVE♡LOVE♡LOVE” in a meaningful collaboration barely six weeks away from Nijika’s graduation live.
The concert kept on with Matsuura Aya’s “Egao ni namida ~THANK YOU! DEAR MY FRIENDS”, after Nijika jokingly mentioned it was maybe a bit early in the timeline for a tearful graduation song. Her solo segment ended with DREAMS COME TRUE’s “Nandodemo”.

Yuri and Nijika reunited on stage for a sweet transition, as they started another duet on Iketeru Hearts’ “Believe in my Dreams”, before Nijika left the stage for the second solo segment.

Yuri opened her part with a song from her own group, Erabareshi’s “Is this love? Kataomoi”. She then took up her guitar to play as she sang along to the now widely popular aimyon’s “Haru no Hi”. After showing her clear vocals on ikimonogakari’s “Arigatou”, another surprise for the fans came up! Nijika appeared back on stage, this time as the guitarist to Yuri’s vocals, for a cover of Kobushi Factory’s “Kobushi no Hana”. “My best friend (Inoue Rei, now a member of Juice=Juice) was part of the group, and she is probably watching this stream,” Nijika said before starting, nagging a very anxious Yuri. They both shared a laugh to defuse the clear nervousness and gave justice to the song in a beautiful collaboration. They then added to the surprise by sharing a duet on Iketeru Hearts’ “KAKERA”… Nijika messing up the opening lyrics of her own song on the first take, much to the entire venue’s hilarity. Yuri ended her solo segment with a cover of Erabareshi’s bright upbeat song “future to shine”.

The two friends ended the night duetting on a medley, made of a selection of very popular J-Pop songs. As they ended with Ayaka’s “Nijiiro”, Yuri suddenly broke in a freestyle, turning “Nijiiro” into “Nijika”, surprising her friend with red roses as a celebration for her upcoming graduation. They then both closed the concert with the sweet “La La La” by Oguro Maki, leaving everyone’s hearts full of warm and positive energy.

As Nijika has stated that she has plans to pursue a career in the entertainment business after graduation, there is still a possibility we might hear her again with Asakura Yuri for more acoustic goodness. Still, the two idols and skilled vocalists gave us the privilege of hearing two very high quality music-focused concerts, that will be remembered for a very long time. We definitely stand ready for another round! 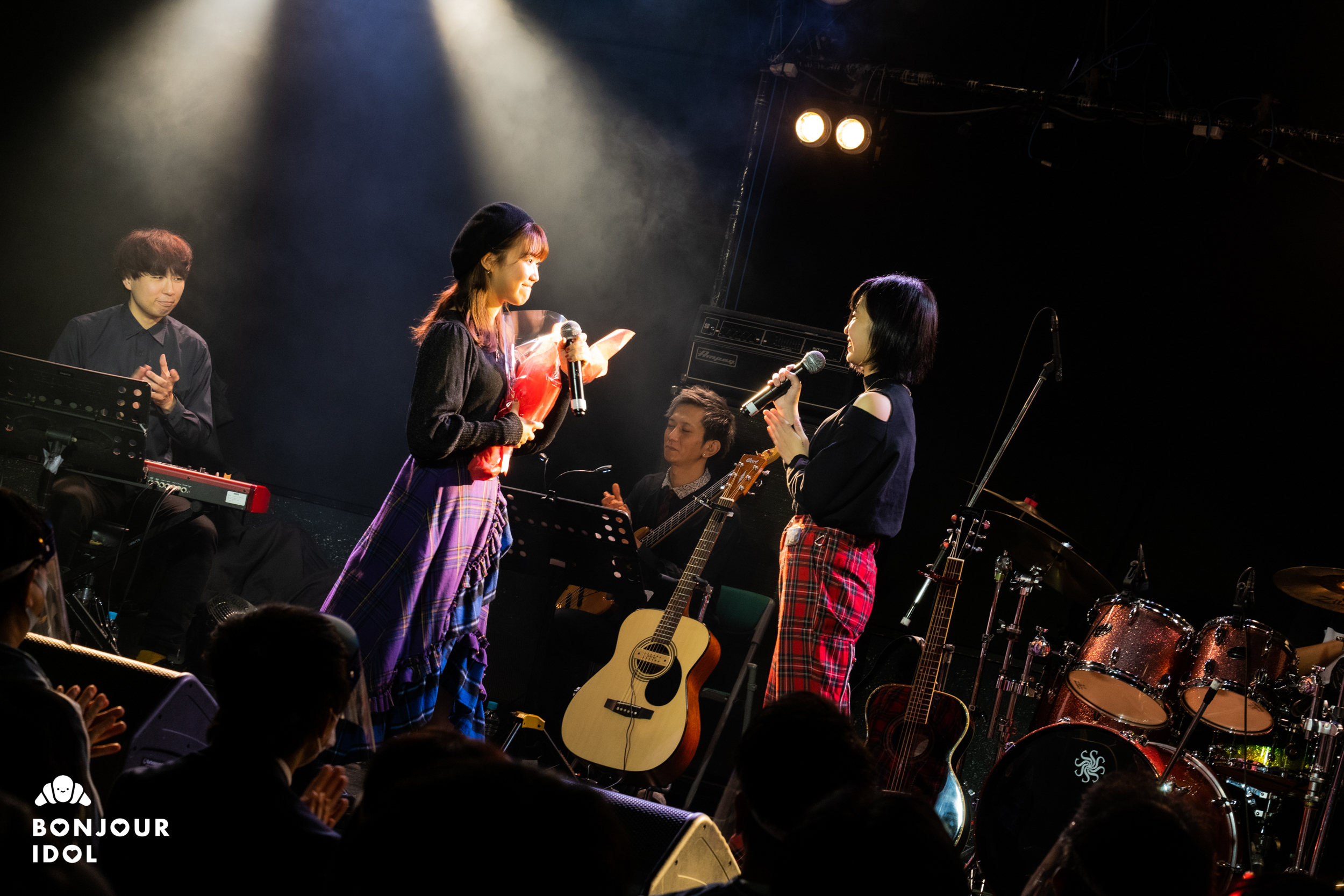 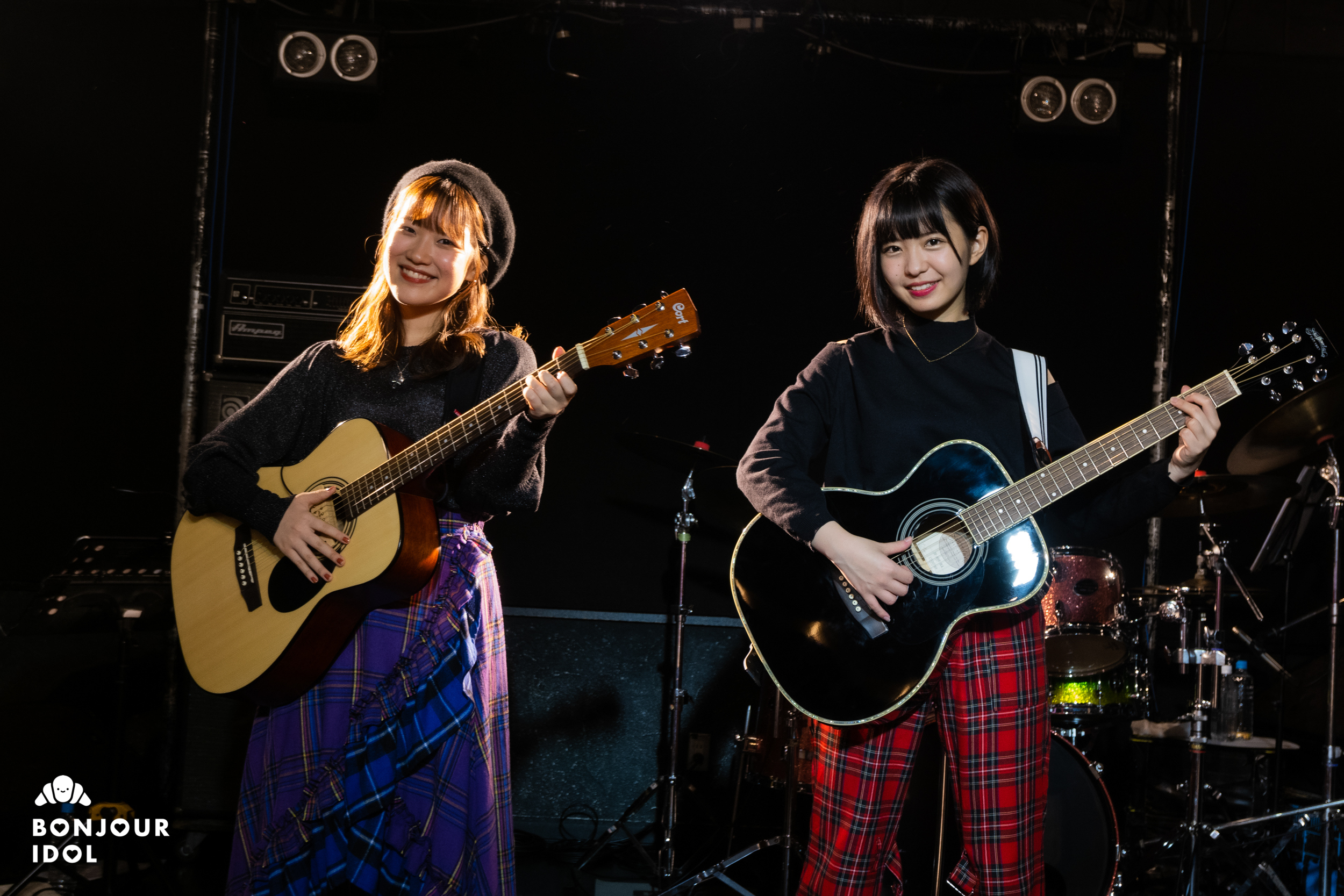 Photos by Melody
Article and translation by Melody