On January 23rd, the fans of FES☆TIVE gathered at TSUTAYA O-EAST in Shibuya for leader and first generation member Aoba Hinari‘s birthday. We are telling you all about this special celebration under Hinari’s orange spotlights! 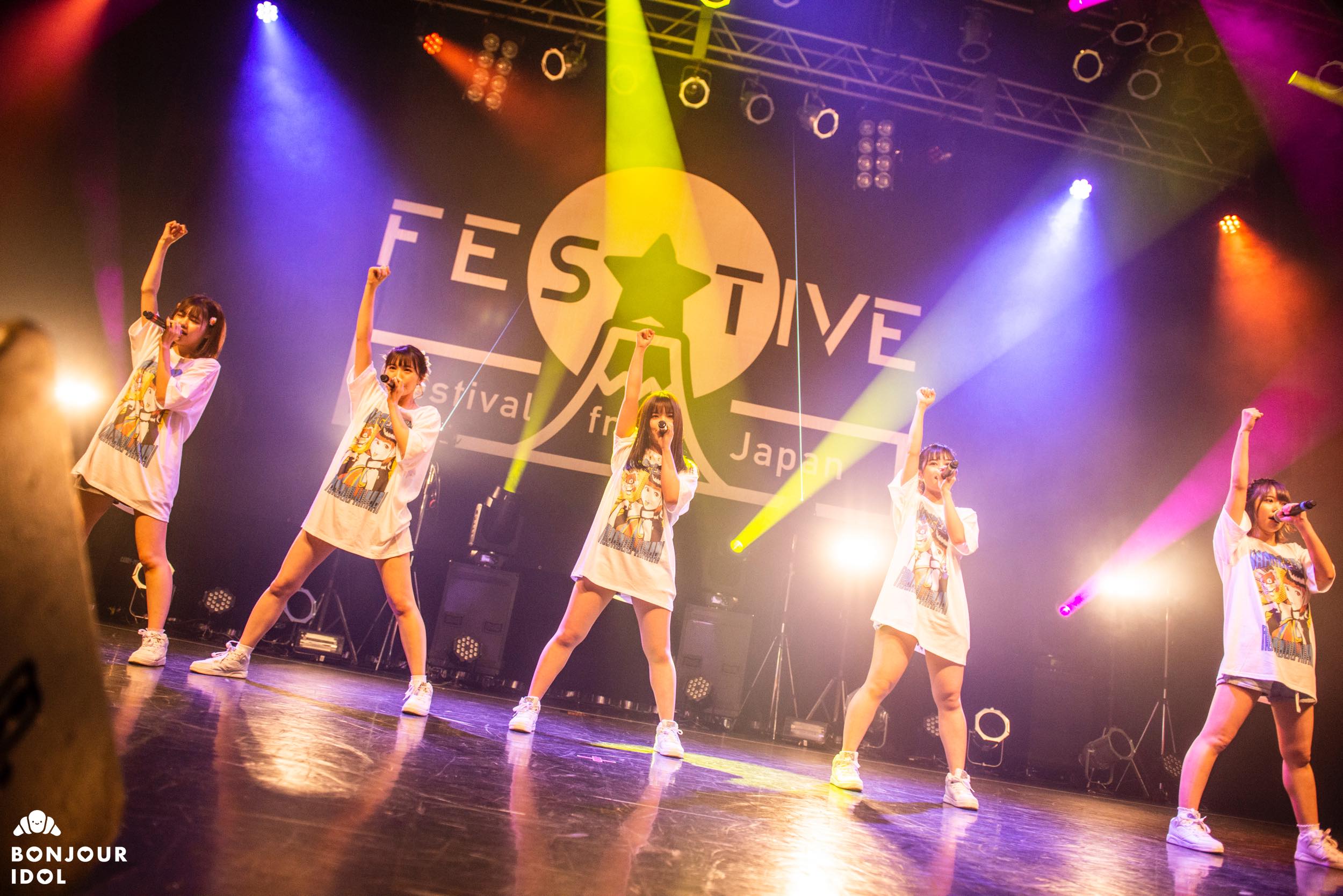 A video crafted for this special occasion launches as the lights go down. Dedicated to the star of the day, Aoba Hinari, the usual overture quickly follows. The members all show up on stage wearing Hinari’s birthday tee-shirts sold that day. “Yamato Nadeshiko Sunrise” and “Otome, Que Sera Sera” start up strong, skyrocketed by columns of CO2, making the venue take a dive head first into the party-like atmosphere of the group. A more classic sounding “Oedo Bakuretsu Hanabi Hime” takes us to a Japanese summer festival in fireworks of lights before the first MC of the night. After a few words thanking the audience, the show goes on with “Hare to ke! Appare! Japanese!”, “Unknown Wars” and “Landmark”.

The second and main MC then starts, and the members join the fans to sing and wish Hinari a happy birthday. A cake is brought on stage by Mano Saria along with flowers, and a bunch of gifts from the fans are given to the birthday girl. Hinari cannot repress a few tears when listening her cousin Doko Ruriko reading the letter her mom had written for her daughter’s birthday, then a letter coming from Ruriko herself. She makes the audience go through a whirlpool of emotions, from touching words to funny and awkward anecdotes about their childhood, all of this while threatening Hinari to punish her if she cries. After this long MC, the show starts again with the first performance of one of the B-sides from their next single, “Bokutachi no Kagayaki”, then the nostalgic “Magical Parade”, before a last MC. The final segment kicks off with their upcoming single “Shakariki Top Runner!”, to be released on February 26th. The group’s legendary song, “OIDEMASE!! 〜Gokuraku〜”, follows up with its quirky choreography. “Shidareyanagi” ends the concert beautifully, along with the surprise announcement of a new Asia tour starting in Tokyo in March.

The fans start their usual encore call, and the final part starts with a video interview in which Hinari talks to her fans. The four other members of the group show up on stage to discuss Hinari with the audience while the star of the day puts the final touches on her birthday outfit. It is wearing a beautiful white wedding dress that Hinari appears again and announces her next solo. She sings one of her favorite idol songs, Maneki Kecak‘s “Atashi no Nokori Zenbu Ageru”, facing a crowded venue lit up with warm orange glowsticks. After this emotional performance, the members join her for the last song of the night: “Tokyo Dream Parade”. 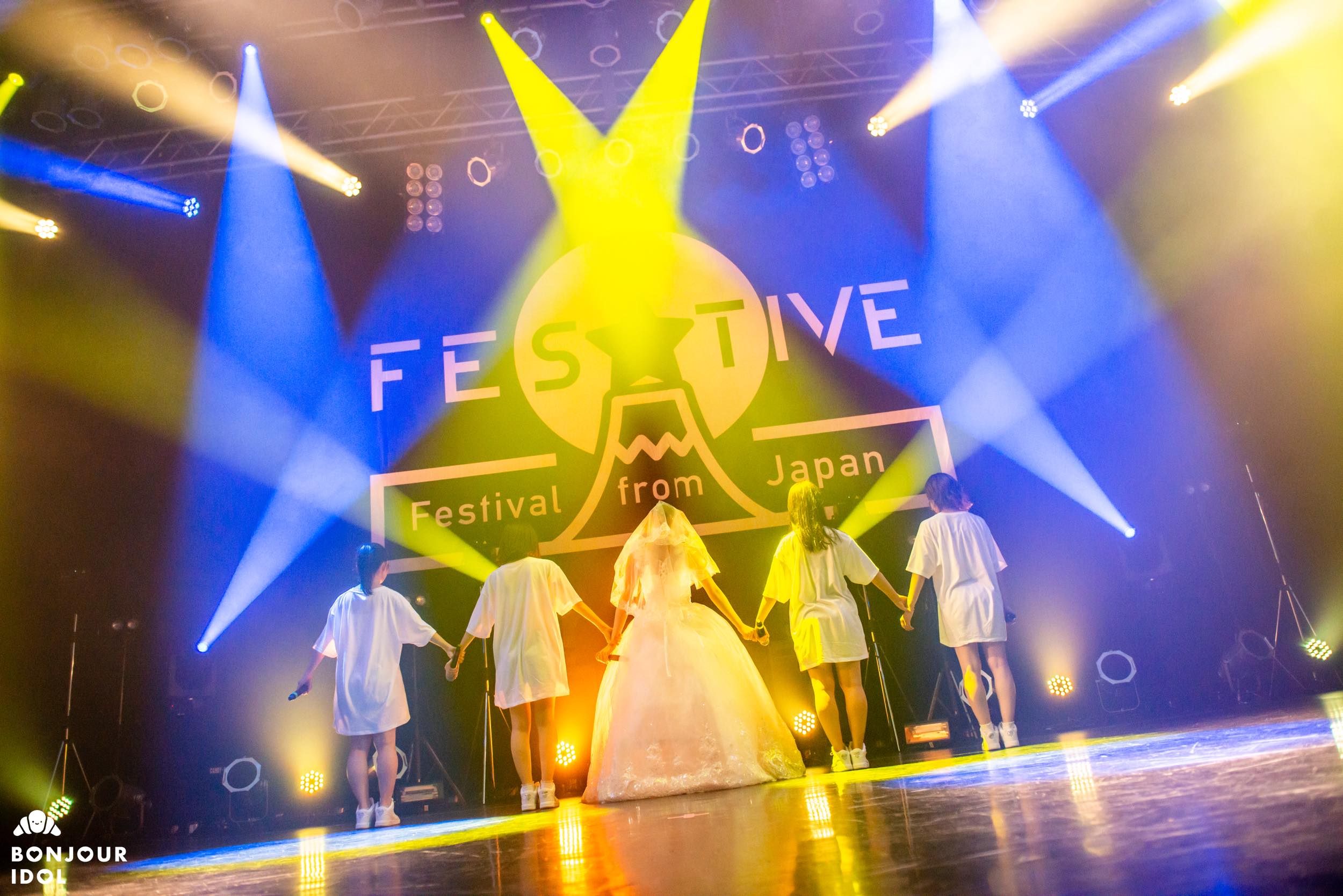 It was a pleasure to attend this first one-man of the year with FES☆TIVE, always up to the task when it comes to delivering energetic and cheerful performances whether in Japan or around the world. We are waiting for the day they finally set foot in Europe, and maybe even in France! 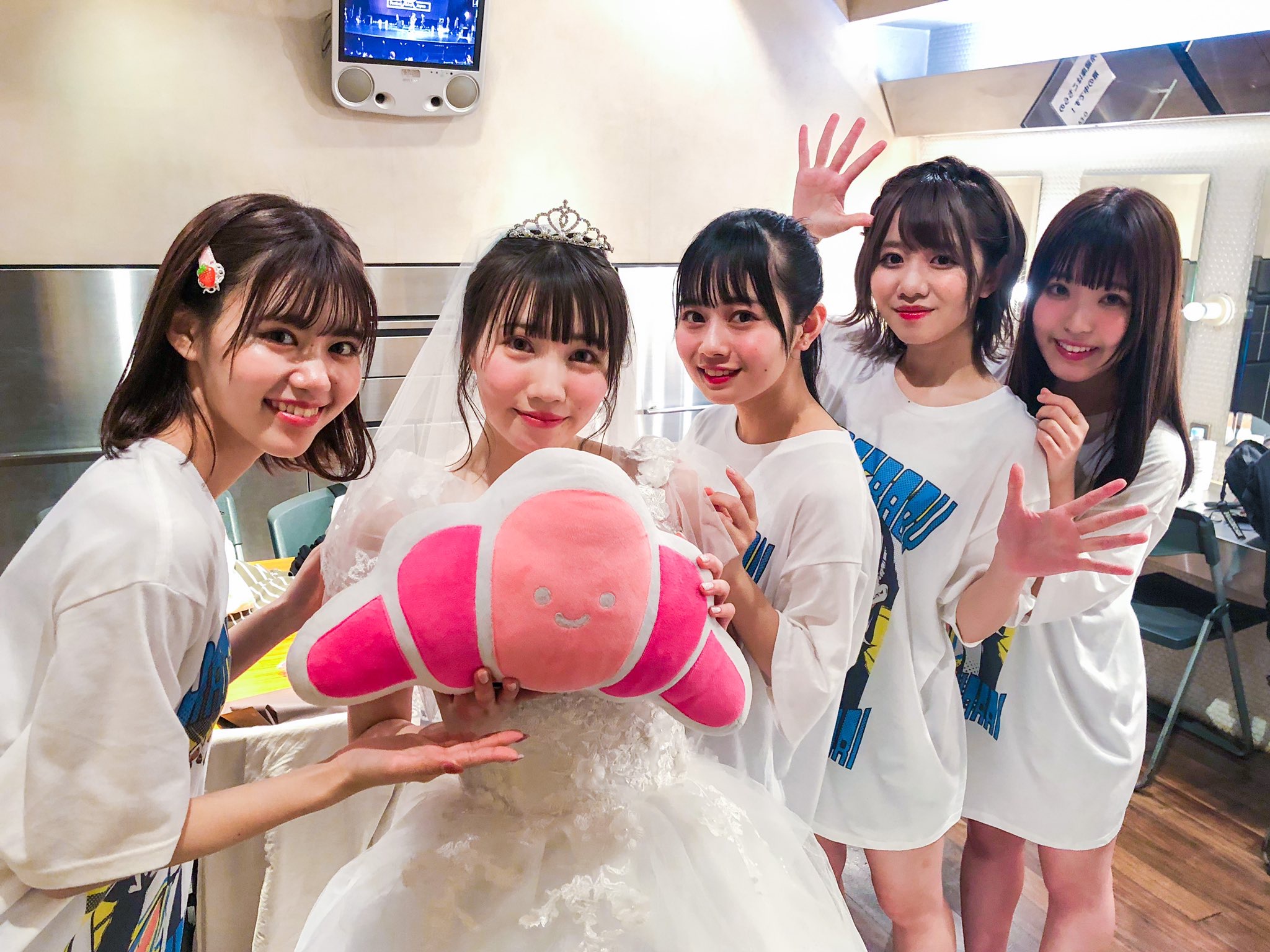 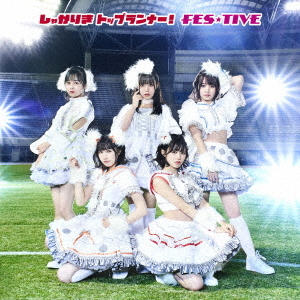