Today’s report will differ a little from our usual idol concert photo galleries, as we attended the first acoustic concert organized by MAGES.. For the first edition, Nijika (Iketeru Hearts) and Asakura Yuri (Erabareshi) delivered an one hour long performance, mixing original songs from their respective groups and covers of famous Japanese songs.
It’s at the Garret Udagawa hall in Shibuya that we meet Nijika, Yuri and their fans on January 26th. The setting is completely different from regular concerts, as chairs are disposed throughout the venue and the stage features a bunch of musical instruments. 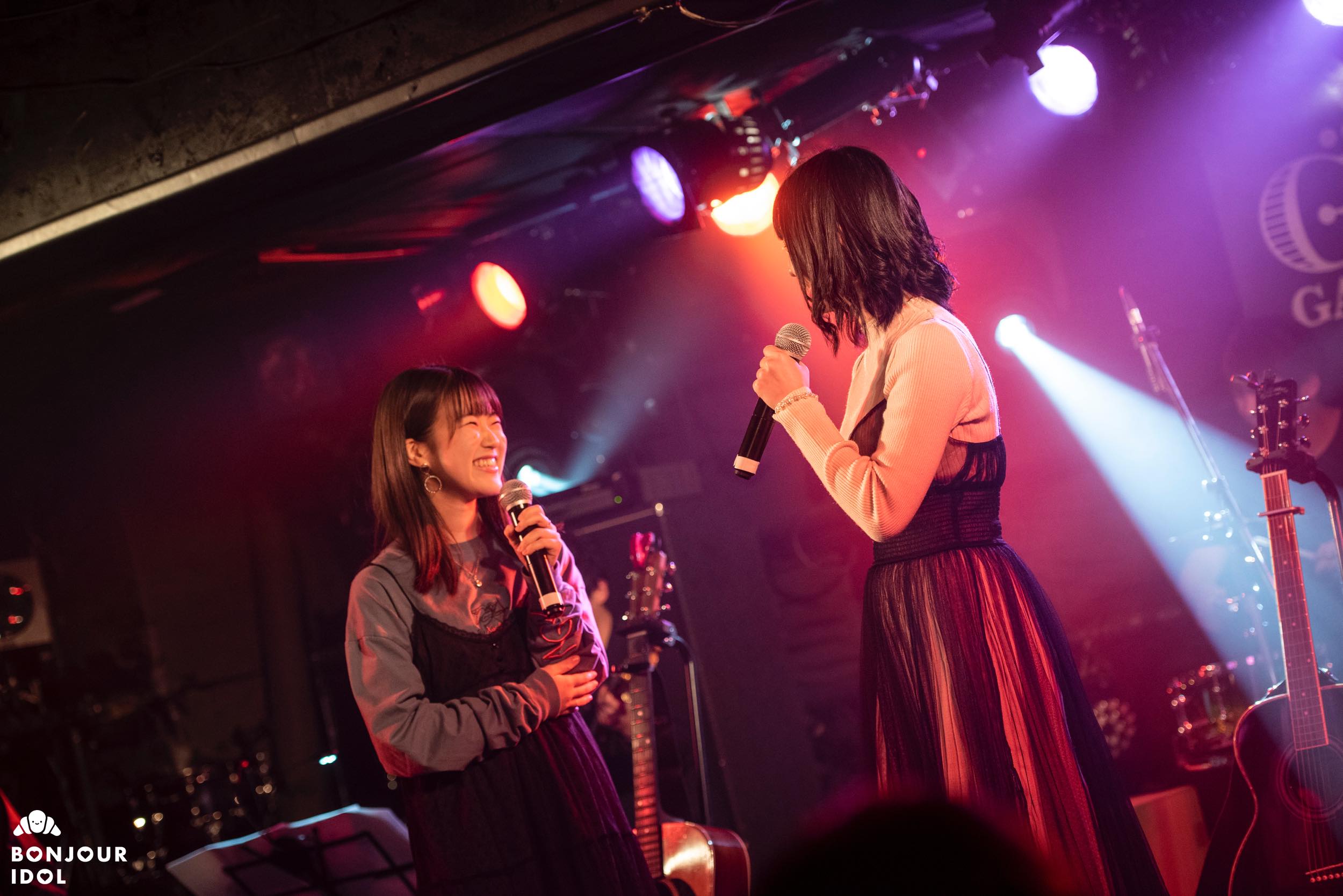 The lights go out, the musicians accompanying both girls take place and begin with “Erabareshi Futari ni Naritai”. Nijika and Yuri then arrive on stage dressed in casual evening clothes, matching the relaxed mood of the concert. After singing the first song from the Erabareshi‘s music library, Nijika takes the lead and starts the first solo corner with “Let’s Stand Up!”, the nostalgic and unforgettable first single of her group. In a confident voice and a wobbly English accent, she sings “Sparkle ☆ Power” and goes on immediately with “LA ・LA ・LA LOVE SONG” (by Kubota Toshinobu). Then, despite being obviously anxious, Nijika grabs her guitar . Before announcing the next song, she says that it has only been three months since she started learning to play and that she will give her best. The whole venue was then impressed by her choice which was none other than “Marigold” by the famous singer Aimyon, whom she interpreted perfectly. “Lumica Jane” ends this solo corner and Asakura Yuri is about to take Nijika’s place.

A different atmosphere fills the venue with Yuri’s assured voice who starts her solo corner with “Friends” (by Rebecca). As she grabs her guitar, she goes for “Sing for”, her first solo single! An impeccable interpretation as she took us to her own world with the help of her voice and her guitar skills. “Motto, ne Motto” and “Kimi zo Tsukuru Subete no Youso” follows up before “A Cruel Angel’s Thesis”, the legendary opening from Evangelion.
A small MC happens where the two comrades share their feelings on their solo parts. Yuri jokes about the fact all her fellow members of Erabareshi were busy and therefore could not attend this live, unlike Nijika’s comrades, as almost everyone from Iketeru Hearts showed up to support her. The show resumes with “Rainy 〜Ame ni Utarete〜” and ends with an energetic performance of “Girl, Me❤︎”!

This first acoustic concert was a great success where fans were able to discover an artistic side of their favorite idols. Bonjour Idol loved this first edition and, as Nijika and Yuri said at the end of the evening, we can’t wait to be able to attend “Acoustic Live -LEVEL 2-”! 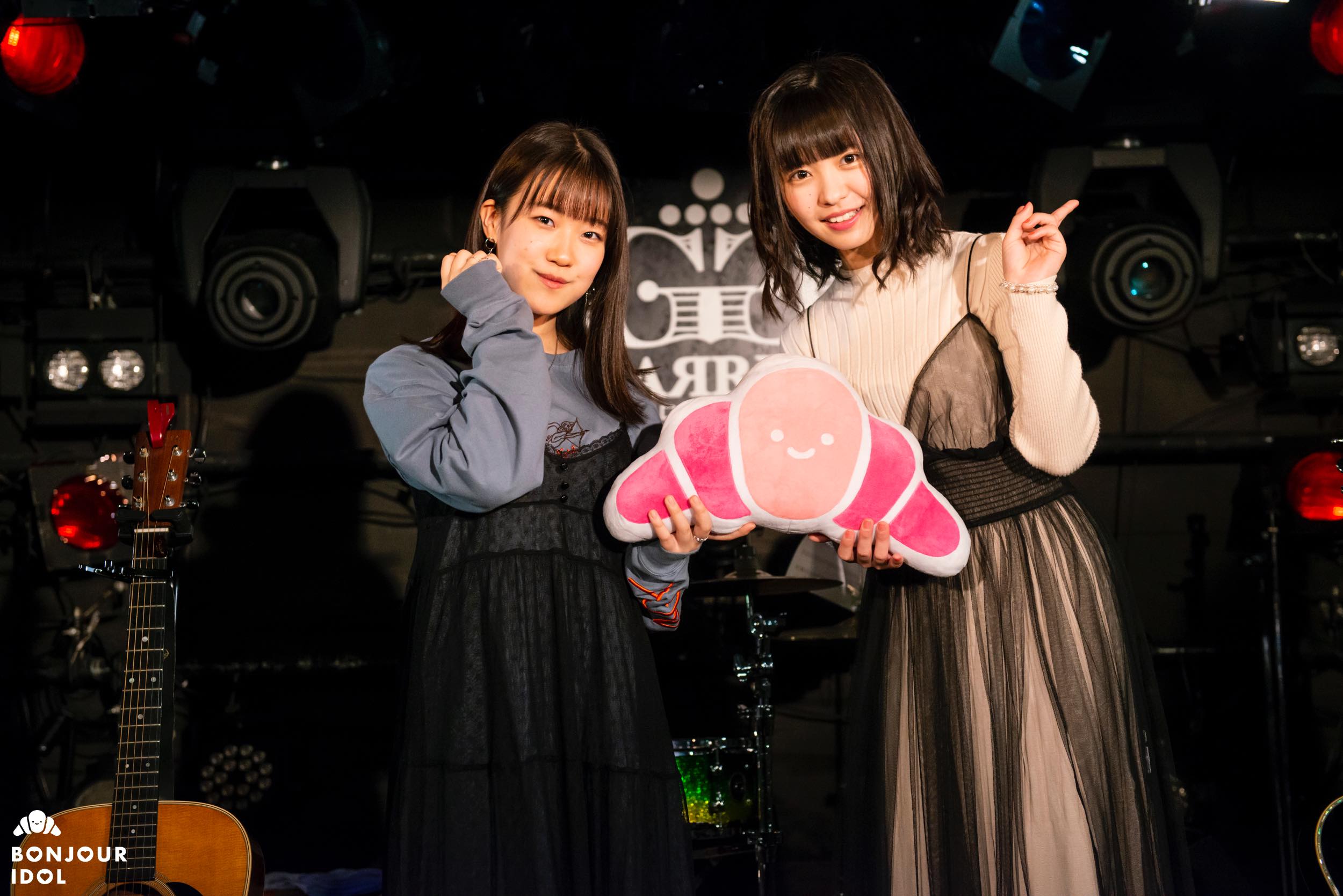 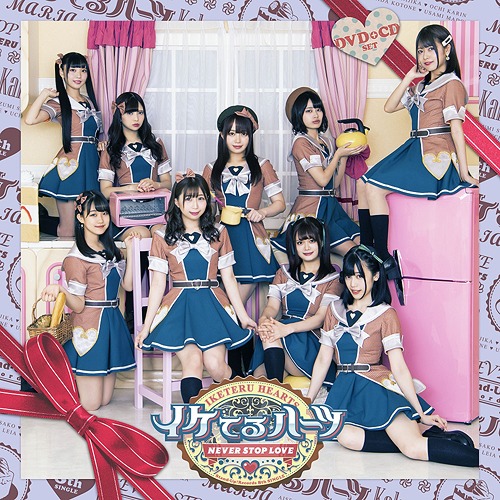 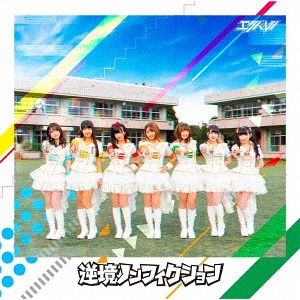 Photos by Nathan
Article by Nathan and translation by Brice