Wada Ayaka, who graduated from idol group ANGERME on June 18th, appeared on stage for a first solo performance during the cultural festival “NEWTOWN 2019”, on October 20th at Tama Center in Tokyo. She performed a brand new song for which she wrote the lyrics herself, but also tried herself at poetry reading, backed up by a band and Chicago-based artist Sen Morimoto. 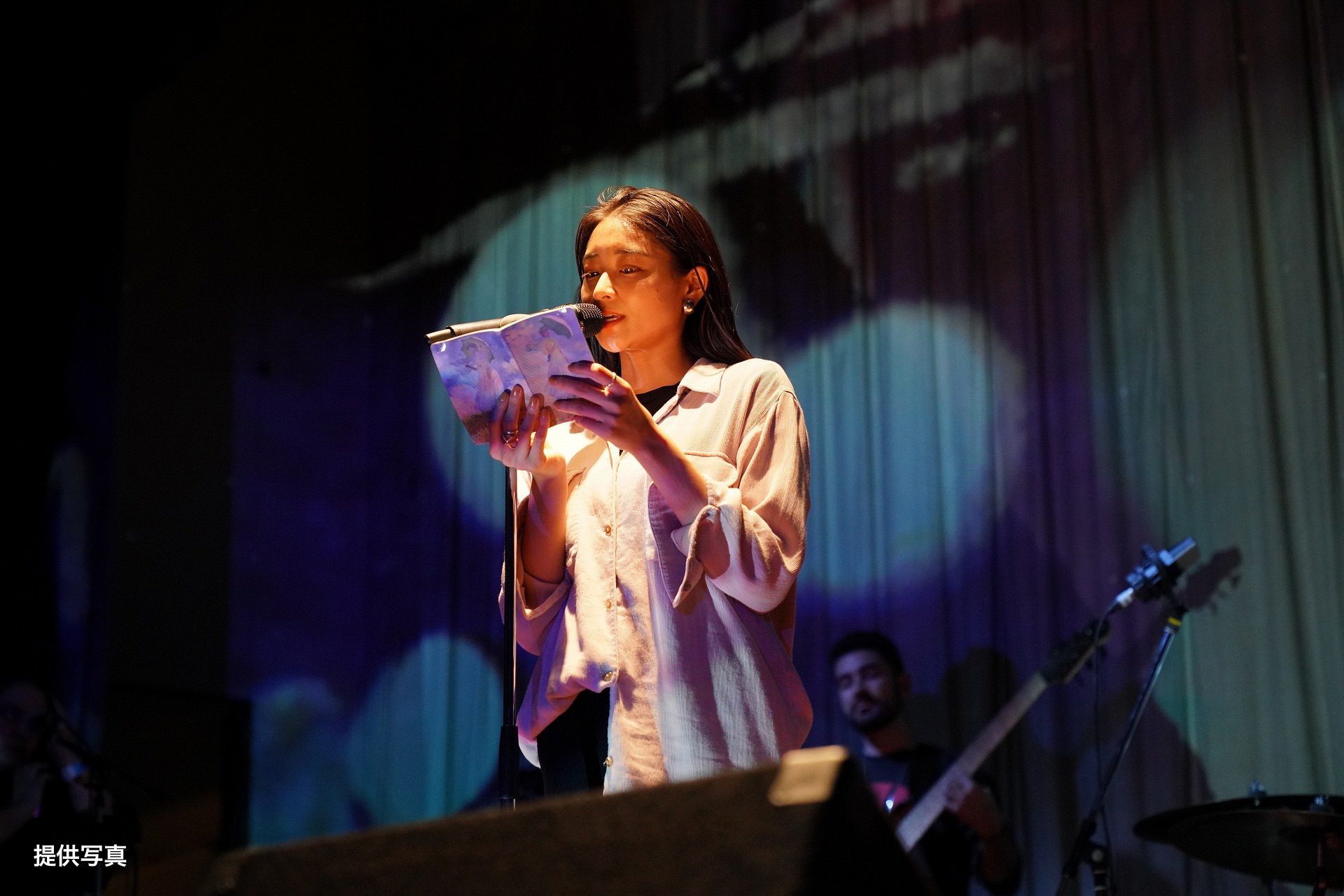 As a round of applause resonated in the dark, Wada appeared on stage simply dressed with black jeans and a pink corduroy shirt. She performed for the very first time a new track, “Kono kimochi no yukusaki ni” (temporary title), while sparkly images designed by video and music creator VIDEOTAPEMUSIC colored the stage. This song is a careful mix between vocals and poetry reading, and, with its slow-paced melody, brings out subtle emotions. We were charmed by the choreography during the interlude, combining strength and flexibility. Thanks to the lyrics “Kotoba wo tsumigi / Mirai wo tsukamu kono te de / Anata no kimochi no saki ni aru mono wa nani” (Weaving words / With this hand that grabs onto the future / What lives beyond your feelings?) and “Onaji ningen toshite ikite ikitai” (I want to keep on living as a simple human being), we can understand her desire to build a future where each and every one’s will would be respected. Wada strongly expresses her thoughts in her musical craft. 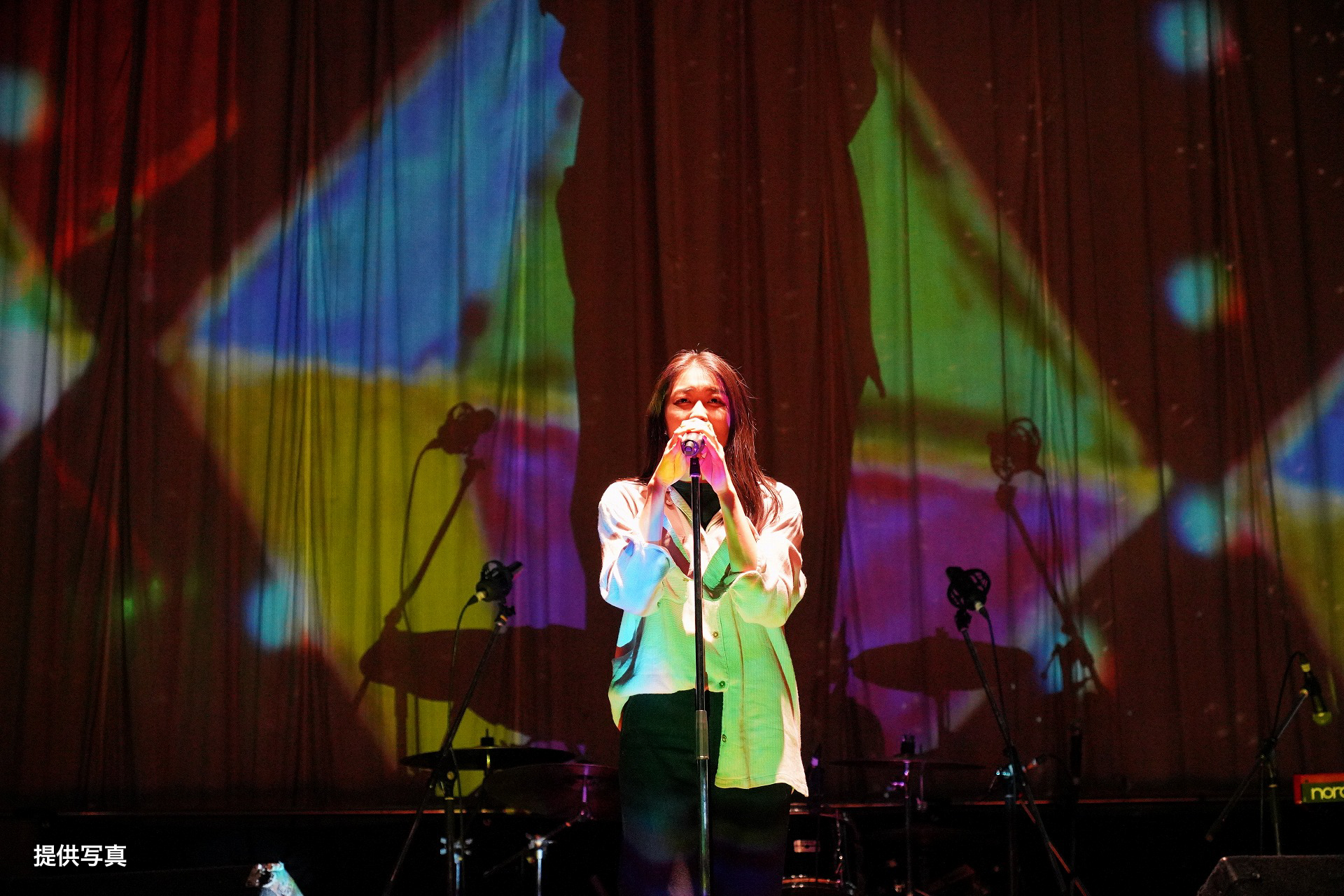 After a round of applause welcoming the performance, Wada spoke up, with a wide smile: “Hello everyone, I am Wada Ayaka. I was very nervous on my way here (laugh). I was still active within a group until very recently, but I started expressing myself through music, and today was my first solo stage. The temporary title of the song I just sang is “Kono kimochi no yukusaki ni”. I have another song in French on Youtube called “Une idole”, and I am working on new songs. I invite everyone who want to hear more of my music to follow me on social media, where you can receive all the latest news about me.”

She then introduced Sen Morimoto and his band members. Sen Morimoto, who caught the audience’s attention thanks to his melodies inspired by free jazz and hip-hop, will soon go on a tour all around Japan. During the MC, it was announced that Wada would appear as a guest for his concert at Daikanyama UNIT on October 24th. As a smooth segue from this talk, Wada, holding her notebook, started reading poetry, along with melancholic notes from Sen Morimoto’s keyboard. She talks about the differences between individuals and how to accept them, and reads with her soft voice, “I want to see beyond the emotions”. After the reading, she bowed down with dignity, and left the stage with a smile on her lips. 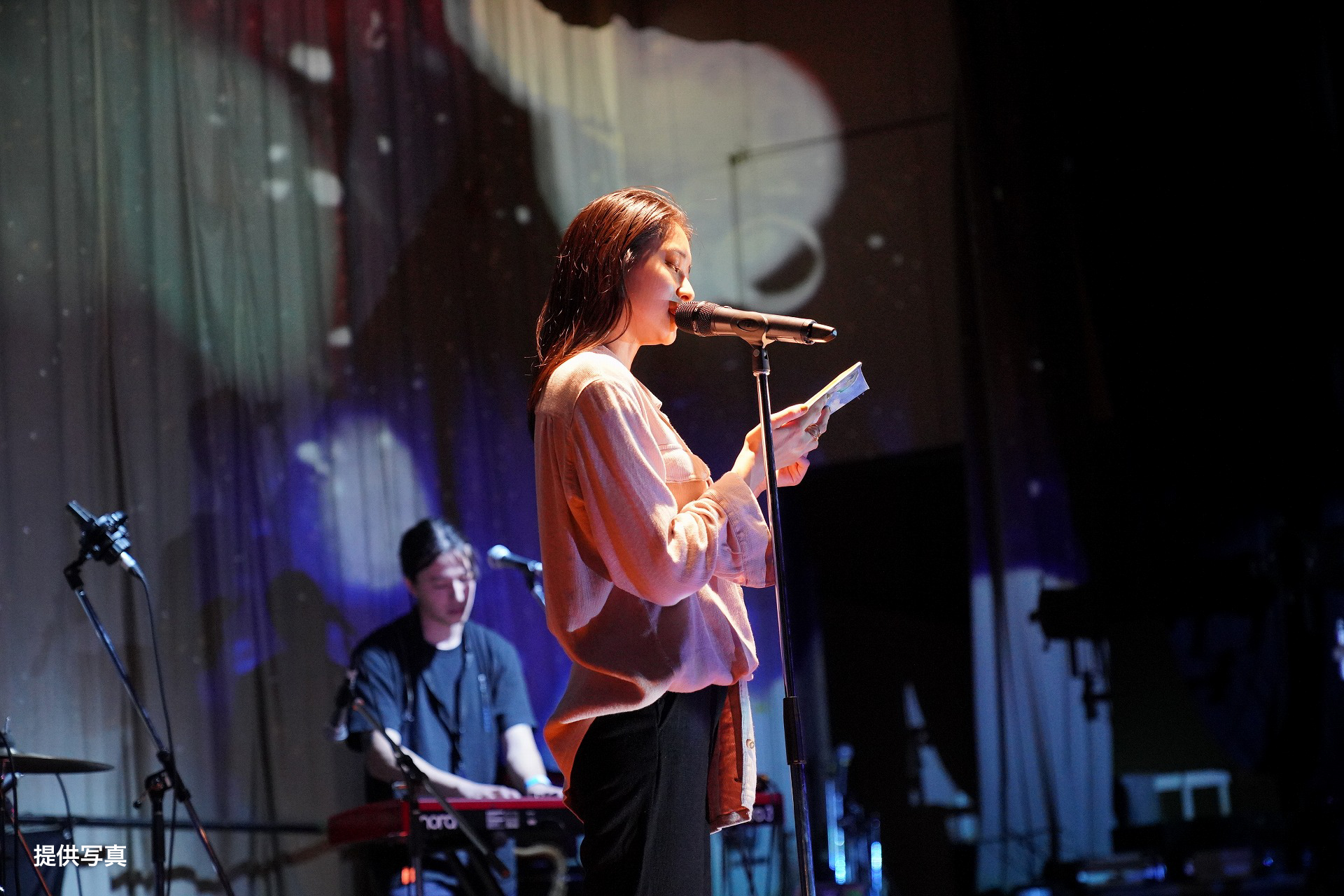 We were able to interview her after her performance. We first asked her impressions after this live:
I was nervous, but it wasn’t just that. I wanted to have everyone listen to my songs as soon as possible and share my words with everyone, so I am happy I was able to get this opportunity. But I am wondering what they thought of my stage presence? (laugh) I really want to get feedback on this performance, think about it, and use this experience for the next time.”

When we pointed out that this performance was very different from what she used to do with ANGERME, she surprisingly answered: “I don’t feel much change. Of course, I felt a little sad because I was on my own on stage and I could not just tell myself, ‘Even if I’m stressed out, they are with me!’. Although, in a way, I felt like I was getting closer to myself, and it was pleasing.”

About the feelings she wants to share through those two songs she sang today, she declared: “In “Kono kimochi no yukusaki ni”, I sing about the hopes and prayers for the future. I also talk about my thoughts during the poetry reading, and I invite the audience to share their feelings, because I want to learn more from their opinions, and not just those from the people who share my own. I hope that by listening to this song, you can understand all those voices. During the collaboration reading with Sen-san, I expressed my wish to preserve the minorities’ opinions.” 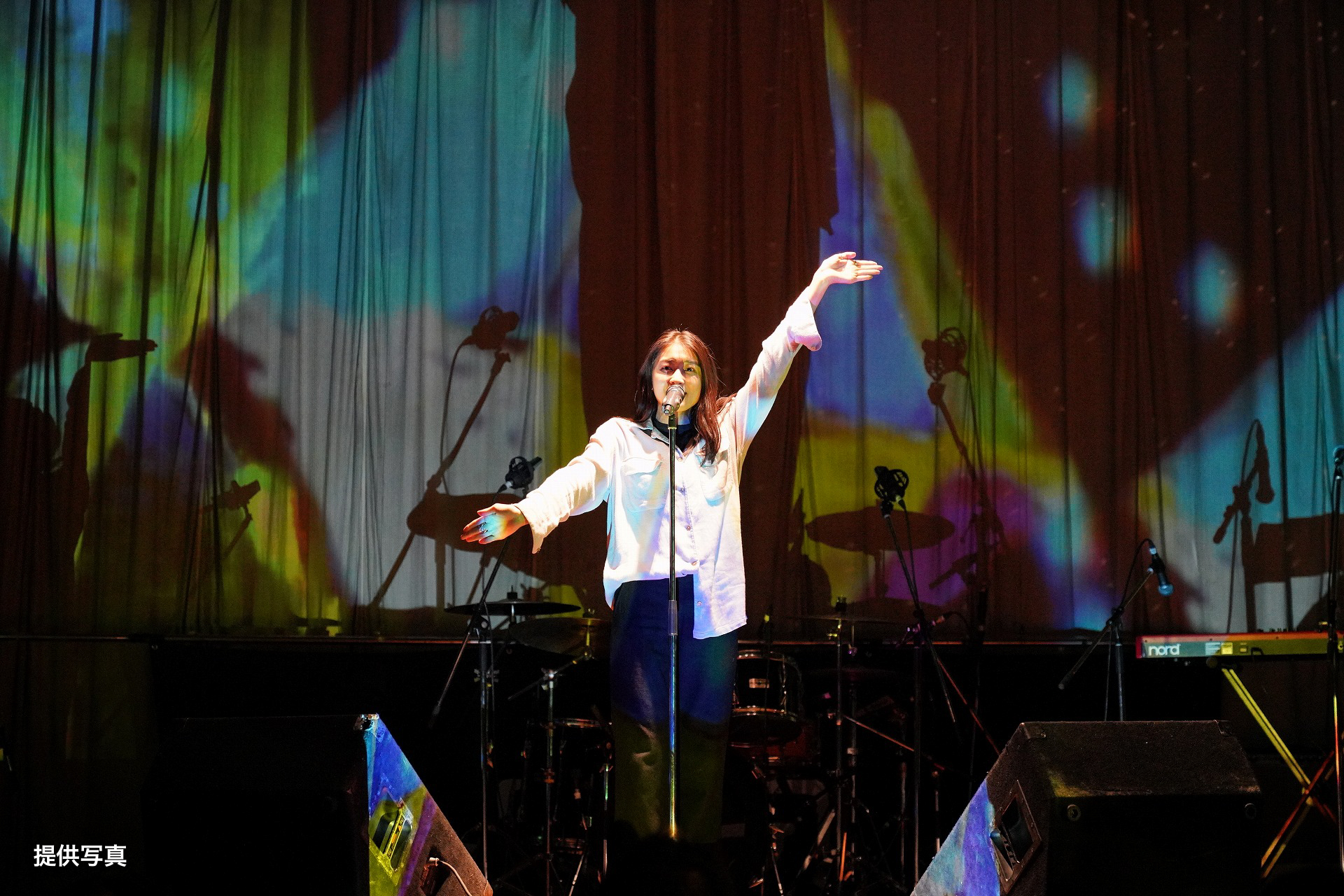 This performance seems to have opened her eyes on new perspectives: “I said I felt like I was getting closer to myself. This is why it made me reflect on the expressions I had on stage, and what else I could do. I have always thought I would keep expressing myself on stage by singing and dancing, but today, standing on stage with a microphone, seeing Sen Morimoto-san’s concert, all of it makes me think of a lot of things. I love dancing, but it seems like I am able to express myself by other means. I would like to explore who I truly am.”

After feeling stimulated by this first solo performance, she opened up about her future activities: “I am really excited. I think that a lot of my lyrics are very artistic, but I hope that all my fans will be able to appreciate them (laugh)”. 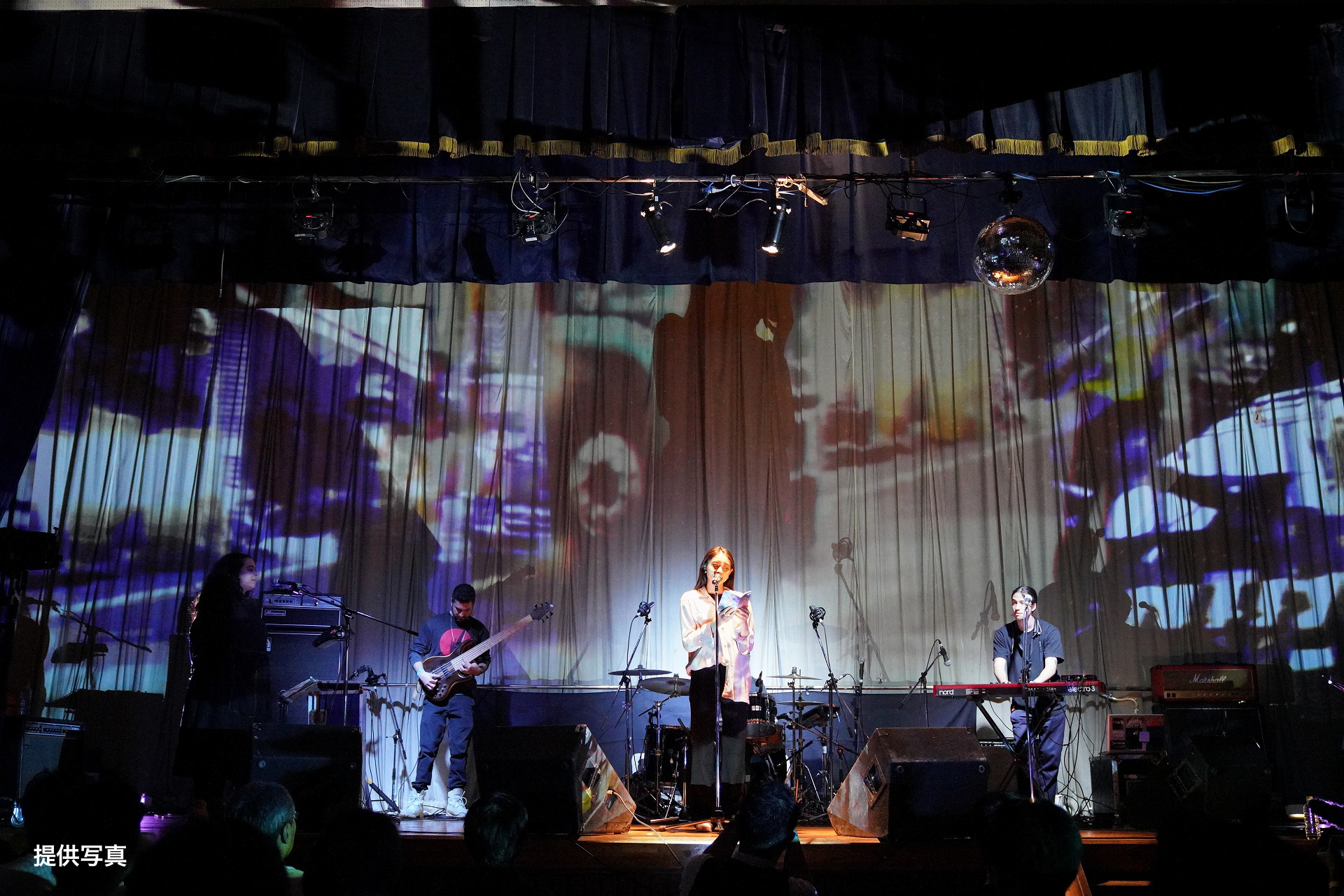 Wada Ayaka, affirming her own will without being restricted by existing concepts, seems to be opening herself a new path as an idol. We will be waiting to see what type of music and ways to express herself she will be showing the world.

Big thanks to YUM-Entertainment for sending us this press release.
Translated to French by Angélique, to English by Melody