We were able to witness a full-size pilgrimage on September 29th, as fans of Junjou no Afilia, and fans of their leader Aomi Maho, came all the way to Ichikawa City’s Cultural Hall in Chiba prefecture. The skies were as blue as the night was supposed to be and hundreds of fans gathered to see the final sendoff of their idol in a last performance as a member of the group, after almost ten years of idol activities. 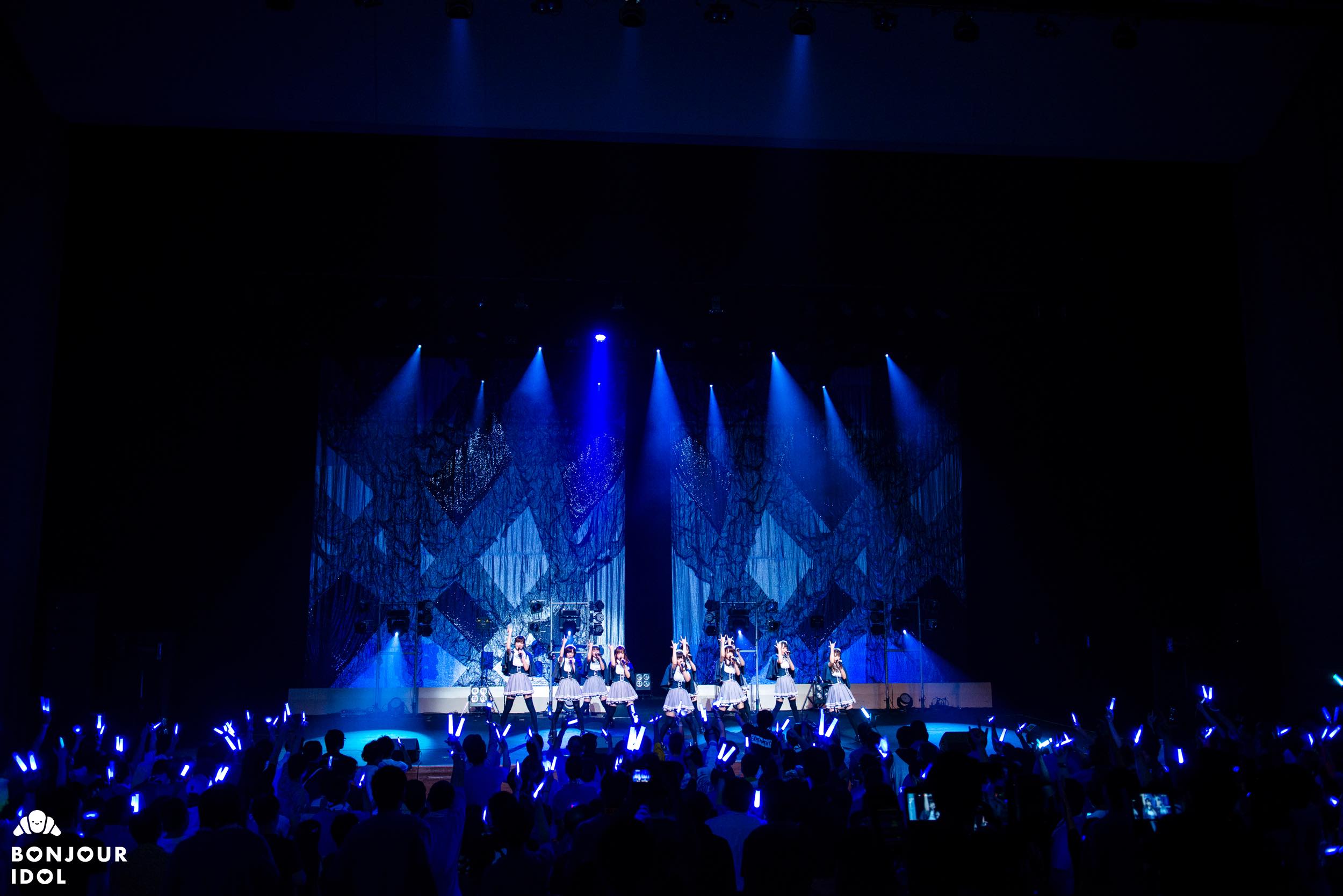 The wide theater was painted ocean blue right as the very first line of “Kiseki to Mahou no Chronicle” resonated, sung by Maho herself. She was unable to contain her emotions upon seeing this cerulean glow, her voice breaking a few seconds in. Followed a record-breaking performance of almost four hours, full of surprises and plot twists to celebrate this very special occasion.

After a first series of songs, Junjou no Afilia took a break to introduce themselves and the show. We noticed that the youngest member Anna, usually the first to fool around and pull silly faces on stage, was also the member who shed the most tears that night.

Newest songs and older classics followed and resonated with each other, and it was after tracks like “Hajimete no SEASON”, “Embrace Blade” or “Neptune☆Sagashite” that the members disappeared to only leave Maho, Kaori, Kana and Yumi on stage.
The following segment was a wave of nostalgia hitting the shoreline on the audience, as the line-up formerly named Afilia Saga was reunited in its almost-entirety: Yukafin Doll, Nana Drop Bijou, Alice Rosen, Moe Meley, Myuna Shulita, Love Berry Jane and Louise Sforzur sneaked on stage from the audience side for “Itsuka Mita Niji no Sono Shita de” and “Lost in The Sky”, much to the delight of their older fans.

Maho found herself alone on stage once again, as she introduced the next song. Her one and only fellow Afilia Saga East 5th generation member Karen Classica broke her stage hiatus of almost seven years away from live performances just for this special event. Together, they sang the group’s very first single title track “Luminous no Izumi”, released more than ten years ago, in March 2009.

This time travel found its climax when Louise and Yukafin came back on stage, along with Meiry Malonfeel (2nd generation member), and joined Maho and Karen on “Jutsushiki wa Dareka no Tame ni”, then on the legendary “Knee High Egoist”, in a tribute to the original line-up of Afilia Saga East. 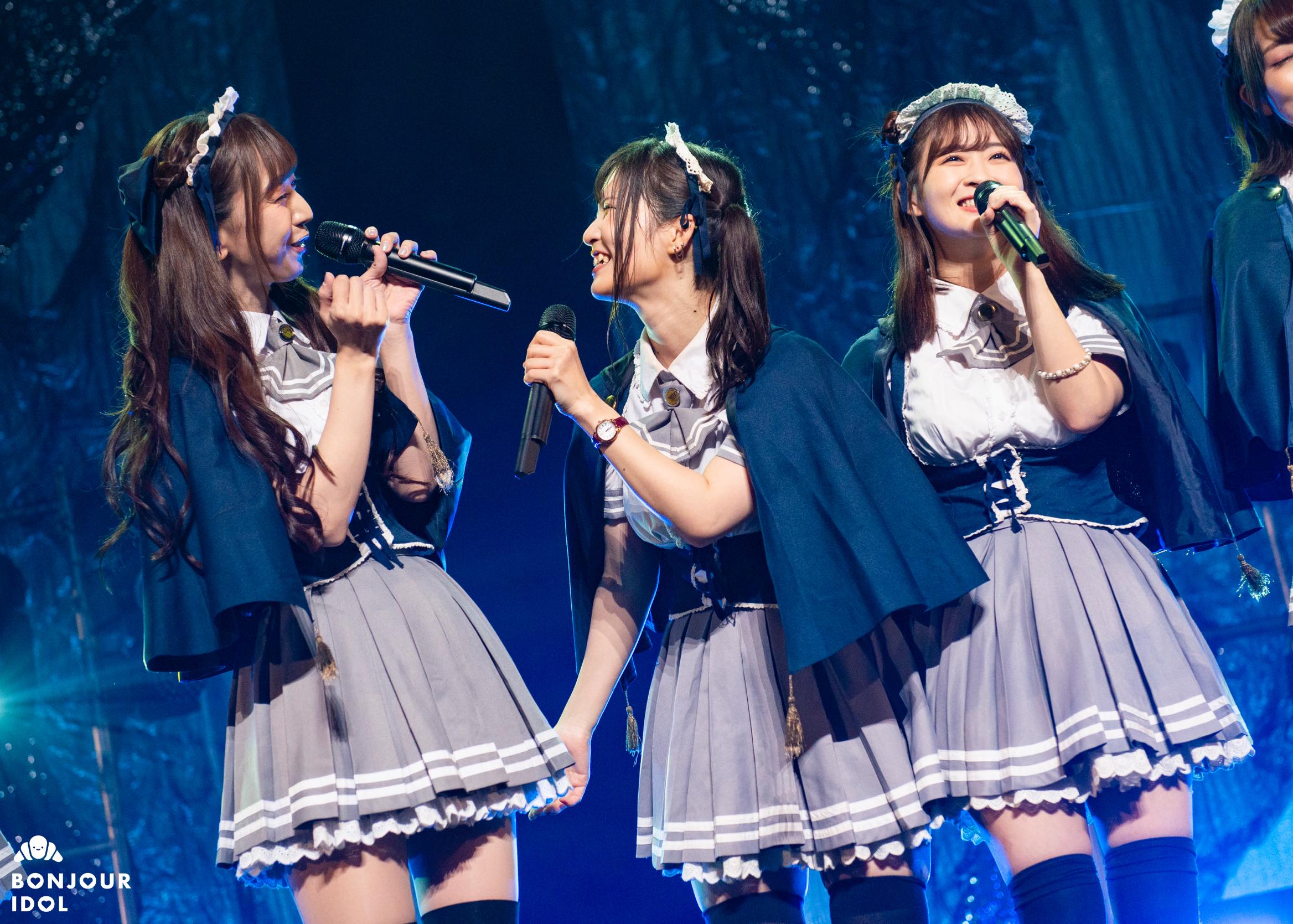 The former members then gave the stage back to their juniors of Junjou no Afilia, and the concert found itself back on a more usual track, lining up songs at an impressive rate. “Mahou no Chocolate Densetsu”, “JUICY☆GIRL”, until the newest “Junjou Myself” during which the members went down in the audience to greet their fans from up close and “Suki wa Muteki”, created a marathon of crazy upbeat and catchy tracks that turned the entire theater in a giant party as the colorful laser lights were scanning the fans. We also were able to spot the younger members of Iketeru Hearts strongly shaking blue glowsticks, screaming their senior’s name (and their producer’s, former Afilia Saga member Yukafin) for her final performance. 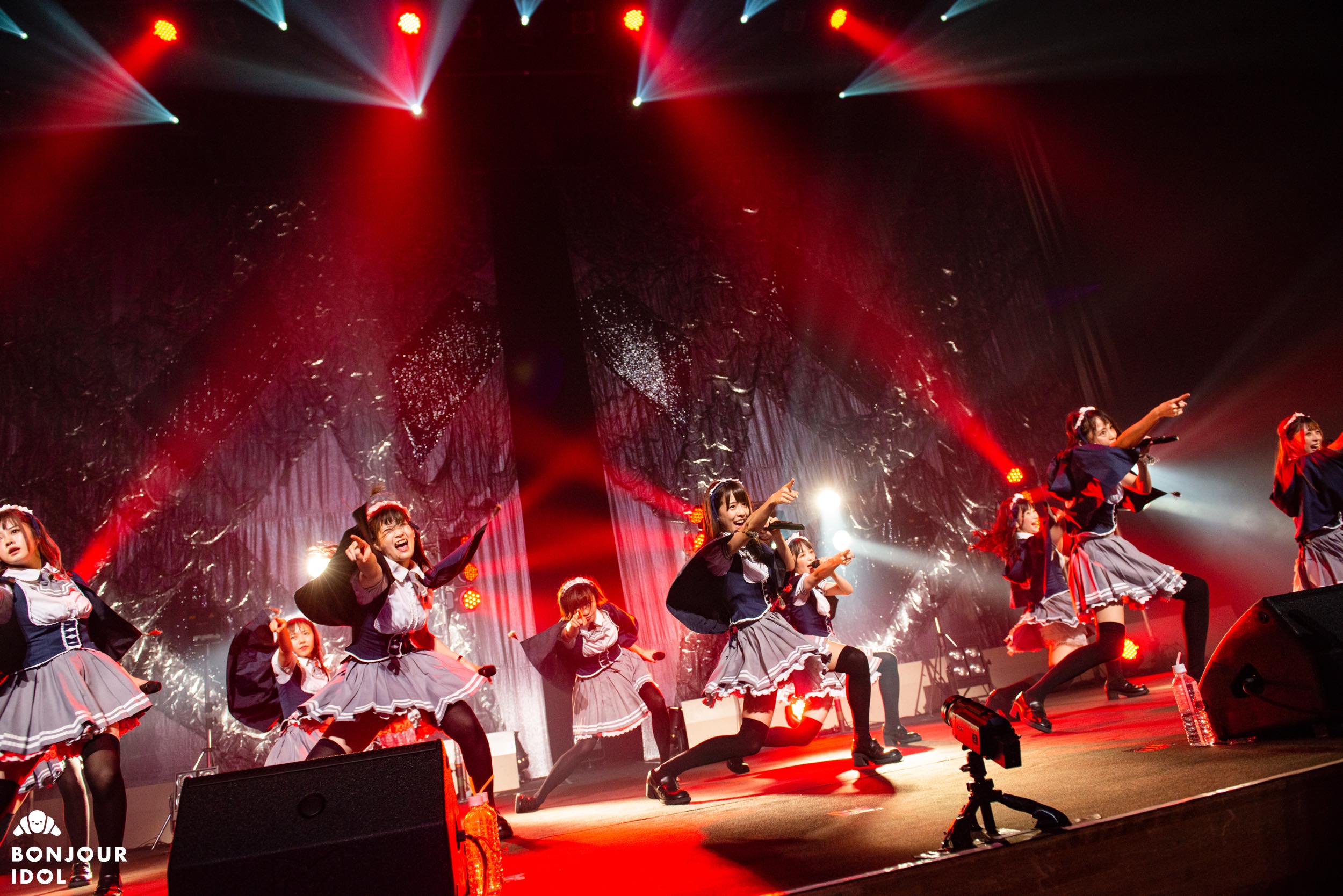 The encore call resonated immediately after the last notes of “Sore dake ga, ikiru imi nanda”, and Maho showed up on stage again with her fellow members of Junjou no Afilia, wearing the special tee-shirt designed for the event, picturing a cartoon version of Maho. “You’re stretching Maho’s face!” Maho claimed laughing and pointing at Amina‘s chest – Amina’s curvy body being the main topic of quite a number of innocent and playful jokes from her friends. The special guests of the day joined them a few minutes later, in a little talk bridging older and newer generations of the same group, before Kaori, Yumi and Kana brought out flowers for their leader, for whom they had prepared a speech. The audience was able to feel all the love and respect Junjou no Afilia members have for Maho, who could not contain it any longer and burst into tears.

A last performance of “Knee High Egoist” later and Junjou no Afilia led the concert to its finish line with “Hikouki Jisshuu ～Learn To Fly～”, as Maho was about to put an end on nine years of activities with Junjou no Afilia to take off from the nest.

Despite having graduated from the group, Maho will take part into a last bus trip with the members and the fans, and a special event is already schedule for her birthday and the Blu-ray release of this final concert, in January.
She was also present for the election of Nagisa Kaori as new leader of Junjou no Afilia this last October 15th, still watching over her protégées from behind the scenes. 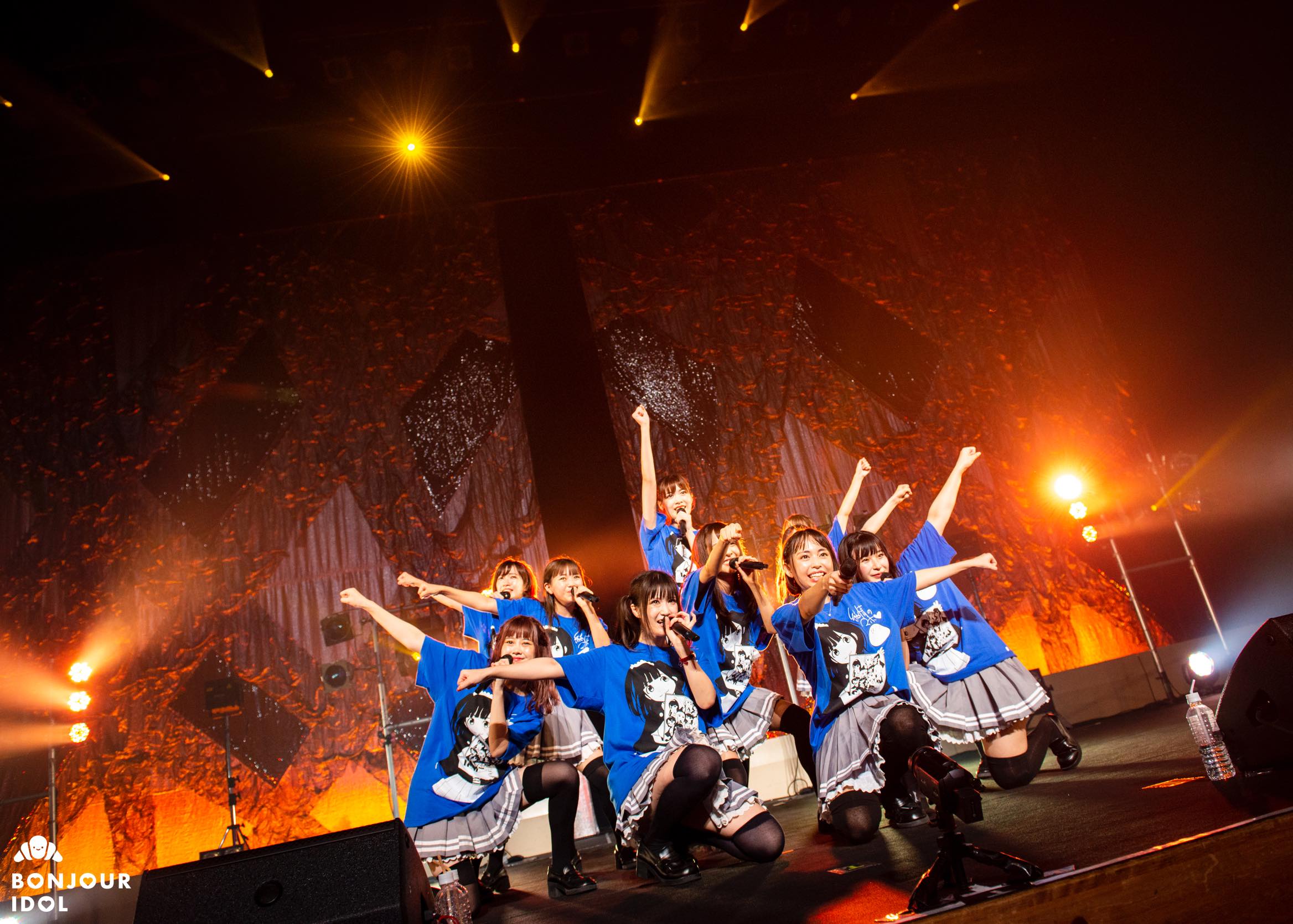