The 48Group franchise has been attending Tokyo Idol Festival on a regular basis for quite some years now. It was not only Zepp DiverCity that welcomed the members of SKE48, NMB48 or HKT48, but also smaller-sized stages, much to the pleasure of the fans who do not have the opportunity to see them perform from up close that often. 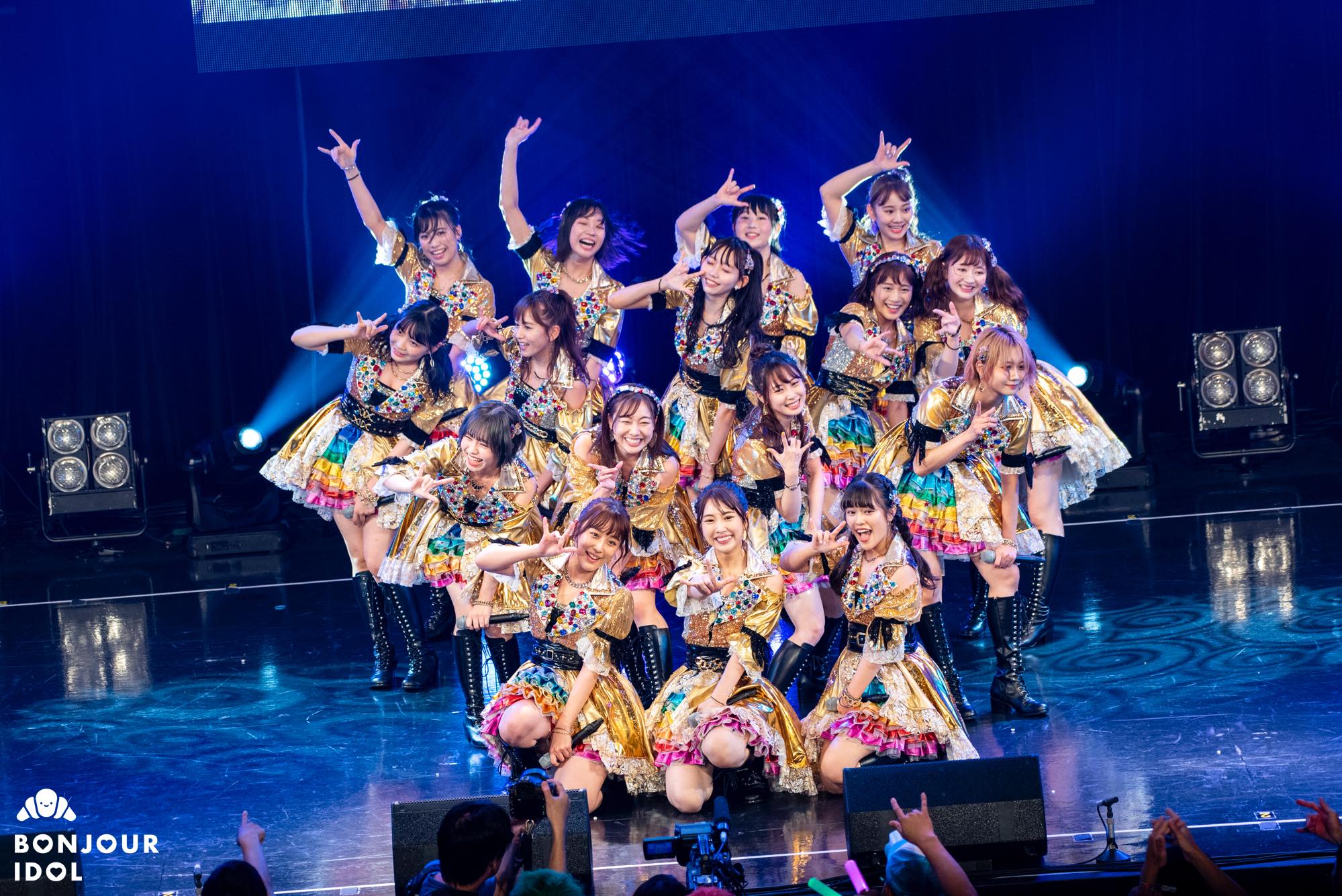 Nagoya-based 48 group SKE48 made its way again to Tokyo Idol Festival to celebrate the event’s 10th anniversary! This time, Furuhata Nao and her comrades blasted their energy off the Hot Stage (Zepp DiverCity) on the morning of the festival’s last day.

The group’s latest single “FRUSTATION” opened the show and filled the venue with an American-inspired street-style vibe, as Furuhata Nao took her role as the “badass” center extremely seriously. Followed up SKE48’s biggest hits such as “Aozora Kataomoi”, “Pareo wa Emerald” and “Stand by you”, bringing a nostalgic feeling to the fans attending this performance.

The show ended with their gaze towards the future as “Mirai to wa” rang and closed the only SKE48 performance for this year’s edition of the festival. Matsui Jurina (while not being present this year) and her fellow members are always faithful to the festival and we hope to see them next year as well! 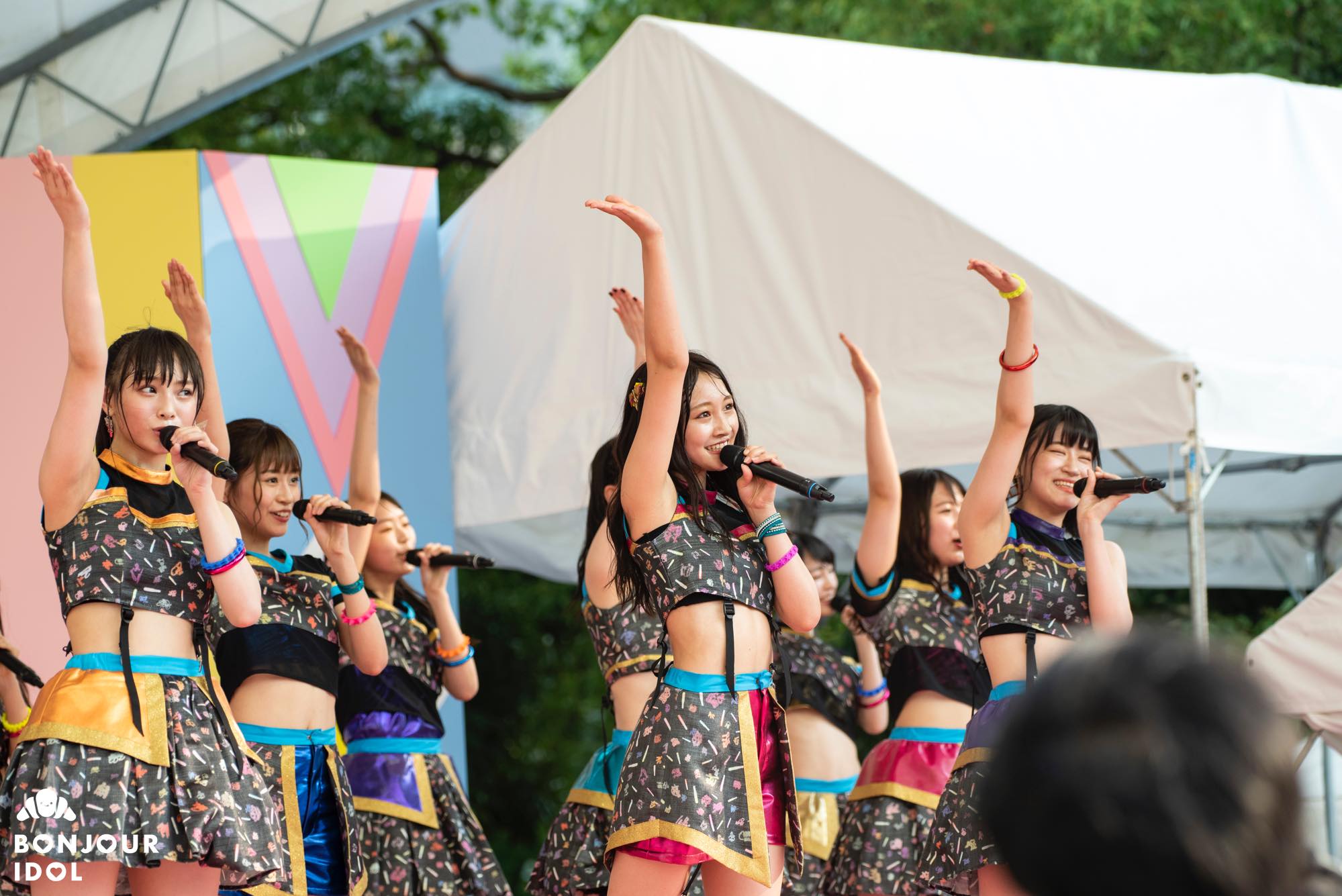 Despite the distance between Tokyo and Osaka, NMB48’s Team BII travelled all the way to the capital for this year’s edition of Tokyo Idol Festival. The team, led by Yamamoto Ayaka, brought along Osaka’s wild energy for the audience to enjoy, for a 30-minutes show!

Famous among other things for their “summer bikini songs”, NMB48 had to live up to their reputation for the biggest Japanese idol festival in the world, as they performed “Bokura no Eureka” and “Durian Shonen”! Older tracks such as “Seishun no Laptime” or “Nagiichi” also appeared on the setlist, which ended in a crazy note with “Warota People”.

The group previously led by Yamamoto Sayaka has a huge stage presence, and this performance was quite the proof! Thanks a promising new generation, a recent team shuffle and strong headliners, the Osaka-based group is definitely still on the rise. 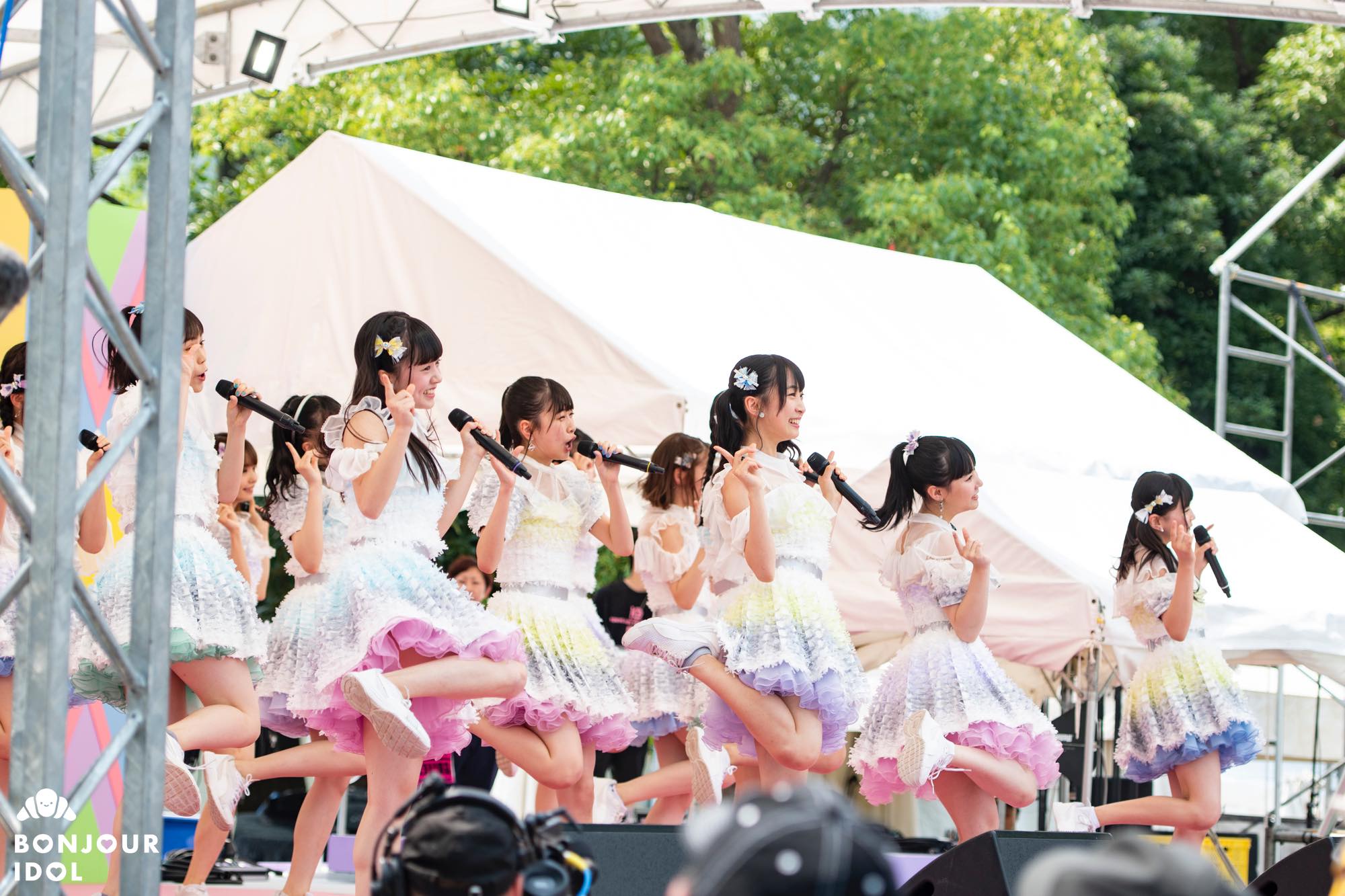 August 2nd was the only day for AKB48’s little sisters from Fukuoka HKT48 to perform during this year’s edition of Tokyo Idol Festival.

The first performance lit up the Smile Garden outdoor stage, where HKT48 had about 20 minutes to perform 6 songs, with a mix of their most energetic tracks like “Melon Juice” and “Saikou Kayo”, as well as some AKB48 hits such as the Hakata dialect version of “Kimi no koto ga Suki Dakara” and the iconic summer song “Everyday Kachuusha”.

This year’s members line-up had some excellent balance between experienced (Matsuoka Natsumi, Tanaka Miku, Motomura Aoi…) and junior members from both the 4th and 5th generations (Ishibashi Ibuki, Kamijima Kaede and Mizukami Rimika), supported by Matsuoka Hana‘s irresistible smile as their center.

The second show was this time on the biggest stage of the festival at Zepp DiverCity. HKT48 shared once more their glowing energy and infectious happiness with a longer setlist, during a marathon-like 30 minutes show! 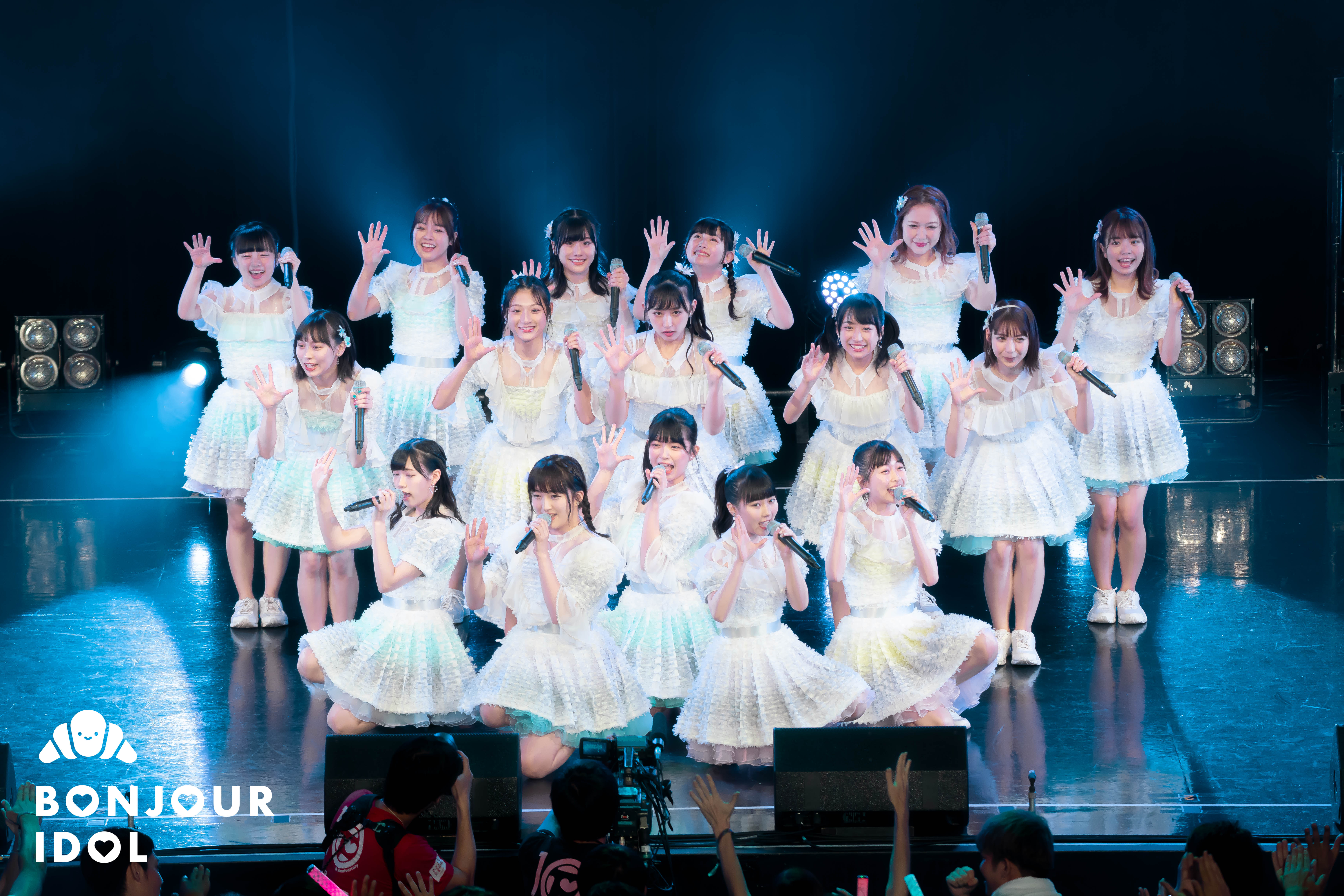 The audience could enjoy not less than 10 tracks, such as “Wink wa 3-kai” -still overwhelmingly catchy despite the absence of its original center, Yabuki Nako (IZ*ONE)– “Otona Ressha”, as well as songs from their seniors at AKB48, “#Sukinanda” and the legendary “Ponytail to Shushu”.

With two performances in front of a packed and excited audience, HKT48 knows how to showcase their own freshness and energy, multiplied by each interaction with their fans the members seems to strive for. We want more!

Photos by Nathan, Brice and Ryan
Article by Nathan and Brice