akishibu project bid a fond farewell to founding members Miyatani Yue and Kera Hinako on May 24, 2019 at Akasaka MyNavi Blitz, the stage where the group made their stage debut 6 years earlier. 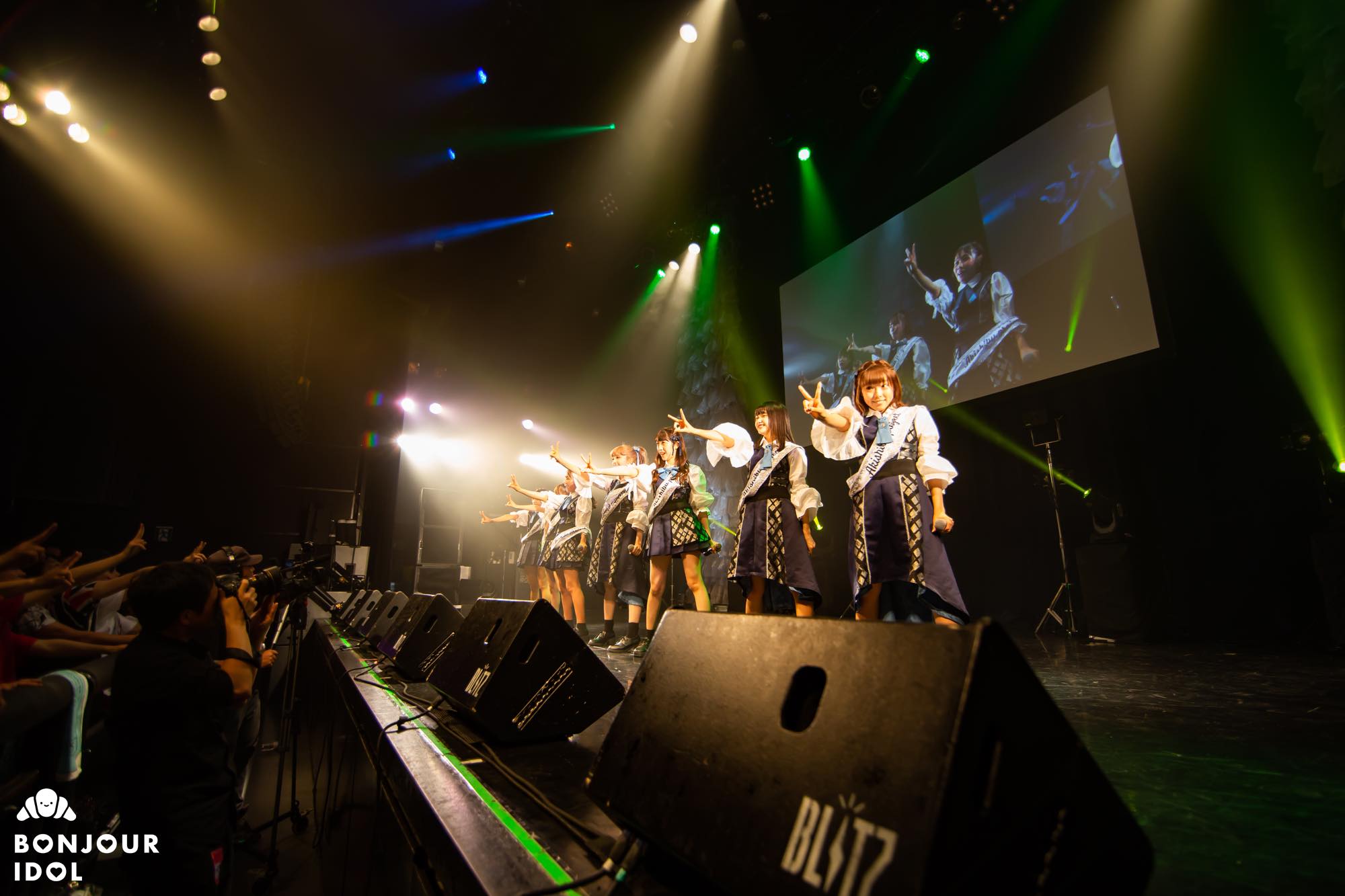 As the lights dimmed and the overture began to play, the fans waved their penlights and chanted along as akishibu project ran out to get the live started. Green lasers sliced through the air and the speakers throbbed as the members stomped fiercely through “Akishibu Way”. Continuing on, akishibu project blasted their way through “Creaction” and “Next Gate” before turning up the heat with “Hola! Hola! Summer”.

Taking a quick break to welcome their fans to the performance, the members shared their impressions of the day, Yue and Hinako giving thanks and reminiscing that it was exactly 6 years ago that they had been standing on the very same stage as akishibu project for the first time.

Diving in headfirst with “Kagayaki License”, akishibu project sparkled, bouncing and punching their way through “RIVAL” and “PEACE”, gliding and popping to the cascading synthesizers of “Change the World”. A web of white lasers descended upon the audience as the group unleashed a barrage of vocal punches and chops in the form of “Answer”.

The interior of Akasaka MyNavi Blitz glowed red as Yue took her solo “Message to ID” before disappearing into the shadows. Out of the darkness came the MV for “Kirai da.” which preceded a heartfelt duet between Yue and Hinako of the same song as orange and red penlights glowed and bubbles floated through the air. 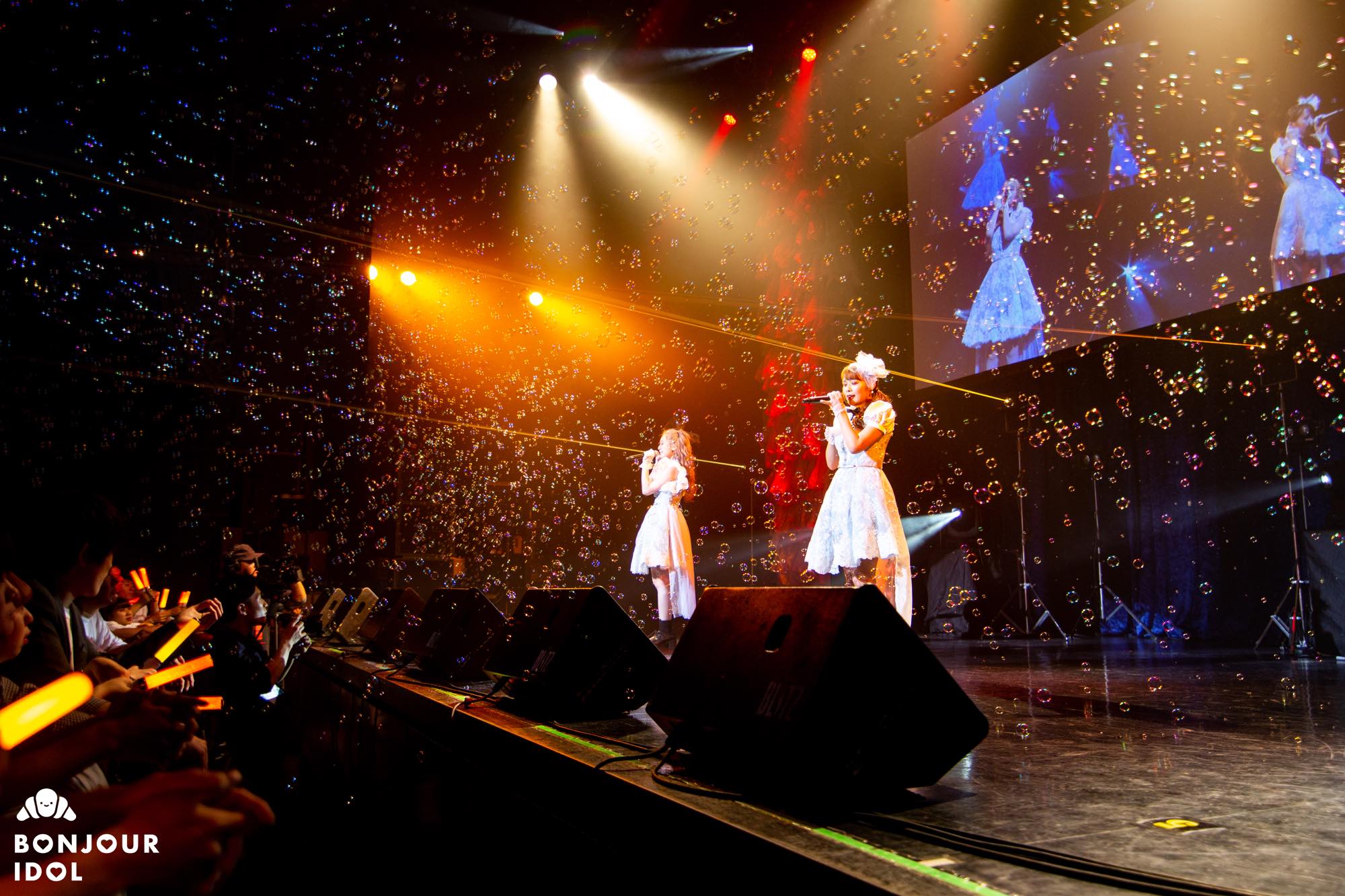 Taguchi Miiro returned to the stage, announcing the appearance of several special guests, recently graduated members Okonogi Ruka, Hoshino Mahiro, Tsushiro Mizuki, and Yuringo taking the stage for “Dream in a sea” followed by Iseki Ami, Funaki Saori, Ishikawa Natsumi (soon-to-graduate from Last Idol Family group Love Cocchi), Arakawa Yuna, and even akishibu project founder Ichigo Rinahamu (CY8ER)! With most of the members of akishibu project past and present assembled, the performance continued on with “Sora no Kanata” as hands swayed from side to side.

Fluttering along to the traditional Japanese melodies of “Yume Hanabi” and bubbly sounds of “Natsu Love”, akishibu project navigated closer to the conclusion of the night. Bright blue lasers sliced through the warm air as the members kicked up their feet to their classics “Eternal Blue ~Kimi to Boku to Sora to Umi~” and “Manatsu no Serenade”. After rocking through “Be yourself” the energy in the venue erupted as the familiar piano intro of “Midarekami Fighting Girl” rang out, followed by the last barrage of “Kera” calls for Hinako as the song revved into high gear. Powered by a whirling tornado of towels, akishibu project breezed to the end of their set with “Restart”. 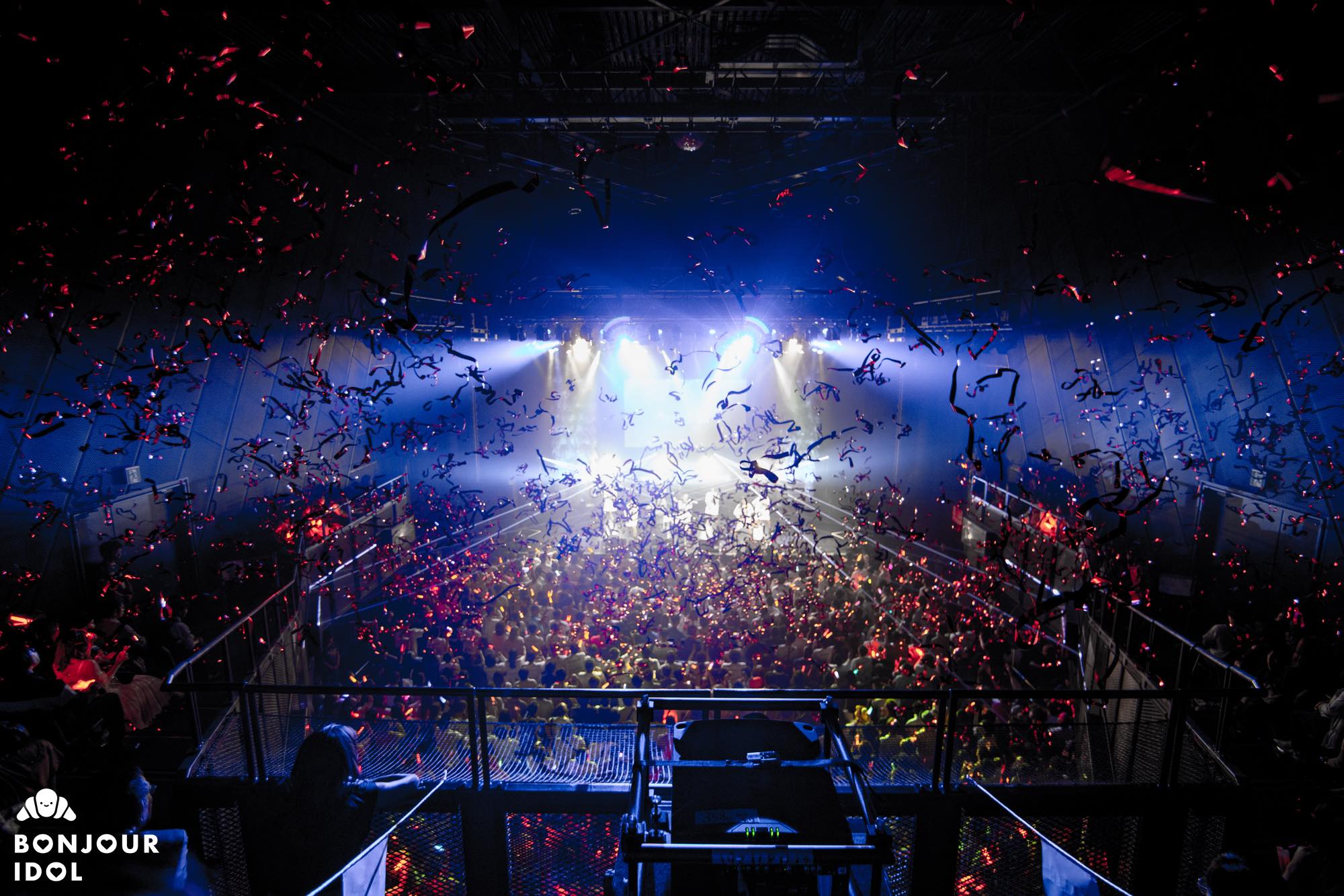 After a series of “Hinahi” and “Yuechi” encore calls, akishibu project returned to the stage as bubbles floated past a sea of orange and red penlights during “Dear Best Friend” which ended in a group hug. Giving their thanks to the fans and receiving several presents, Hinako and Yue brought the venue to a still silence as they read letters that they had prepared for their final day as idols.

An explosion of streamers rained down as the members launched into “New World” to close out their final evening on stage with Yue and Hinako, bringing to an end their 6 year journey but also marking the start of a new journey for akishibu project. 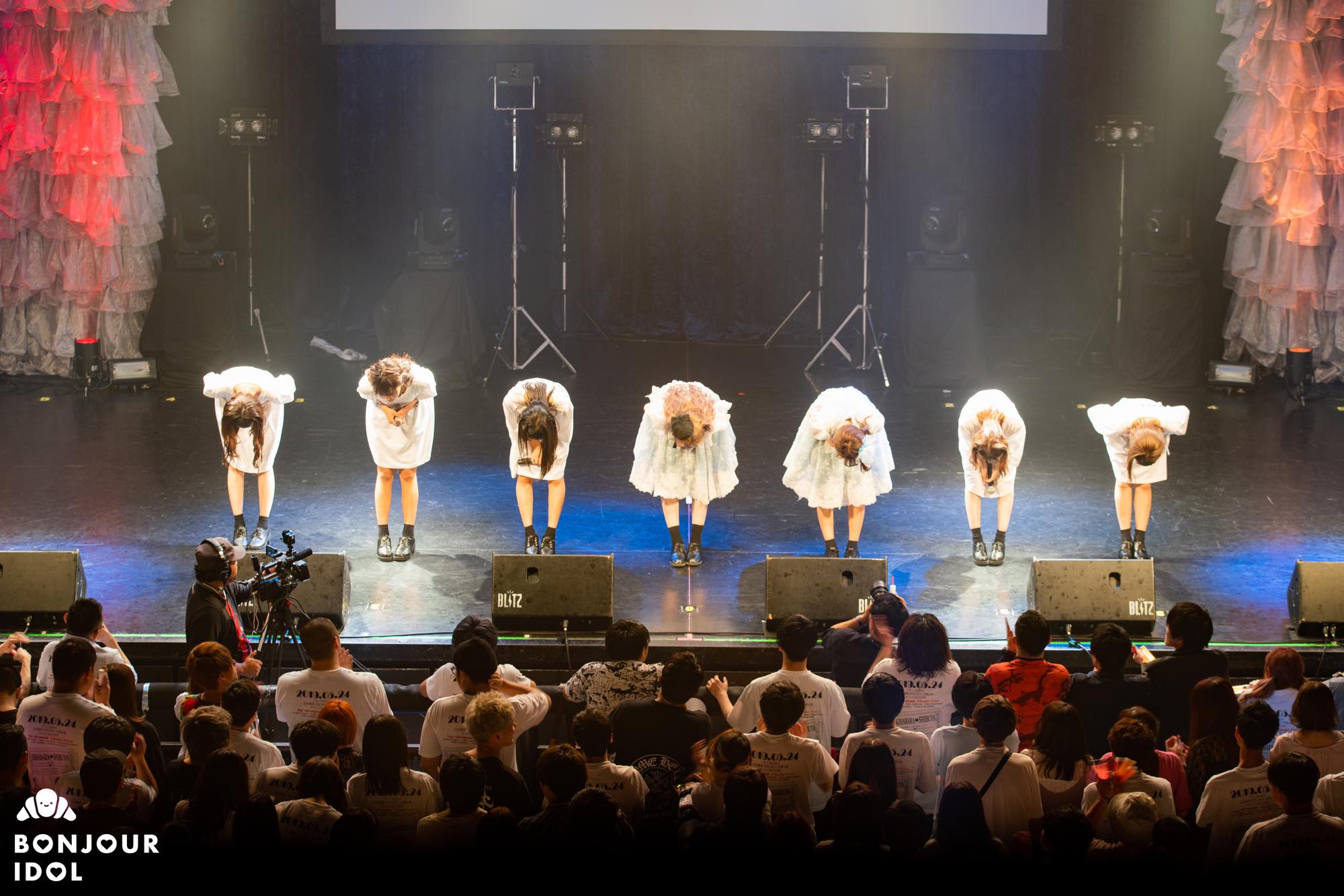 Photos by Ryan
Article by Kai, translated to French by Melody