Bonjour Idol was very excited as we were getting ready to meet up for the first time with idol group Kyueens (きゅい~ん’ズ) on May 10th, 2019 at Club Malcolm in Shibuya for one of their concerts. Kyueens is composed of Saiba Mizuki (西葉瑞希, green), Niino Miyu (新野海優, yellow), Senou Manami (瀬能愛未, blue), Ono Mina (小野光奈, red) and Tachibana Yuri (橘祐里, pink). The group has been active since 2015 and despite a still growing popularity, the current members showed off an incredible energy, passion and desire to share their happiness during this performance. Discover them through our photo-report.

A very short instrumental track resonated in Club Malcolm‘s quite intimate hall when the clock hit 7pm, as the girls arrived smiles up to their ears and the fans were already in a full sequence of a wota call. Dressed in their iconic playing cards costumes, the first song “Go Ahead” starts the night and immediately, one thing seems obvious: Saiba Mizuki shines bright with her aura of natural center, sublimated by several solo lines dedicated to her in the song.

A MC takes place in order to explain the concept of today’s event, after the members’ individual introductions. After receiving their fans’ votes, a ranking of the top 10 Kyueens songs was established, that we would discover throughout the night.
Songs ranked from 10th to 6th place are displayed on the main screen; “BOMBER GIRL“, “Sweet Days“, “Ashite he“, “Go my way!” and “Kyujoushou JUMP“.
These 5 songs interpreted without interruption were able to highlight Mina and her talent with interacting with fans, with a smile and a wink for each and every one of them. While some stragglers pushed out the venue’s doors, we also noticed the energy and control of each of the members and their solid vocals, even on demanding tracks like “Ashite he” or “Go My Way“, in which everyone jumps along on each chorus. 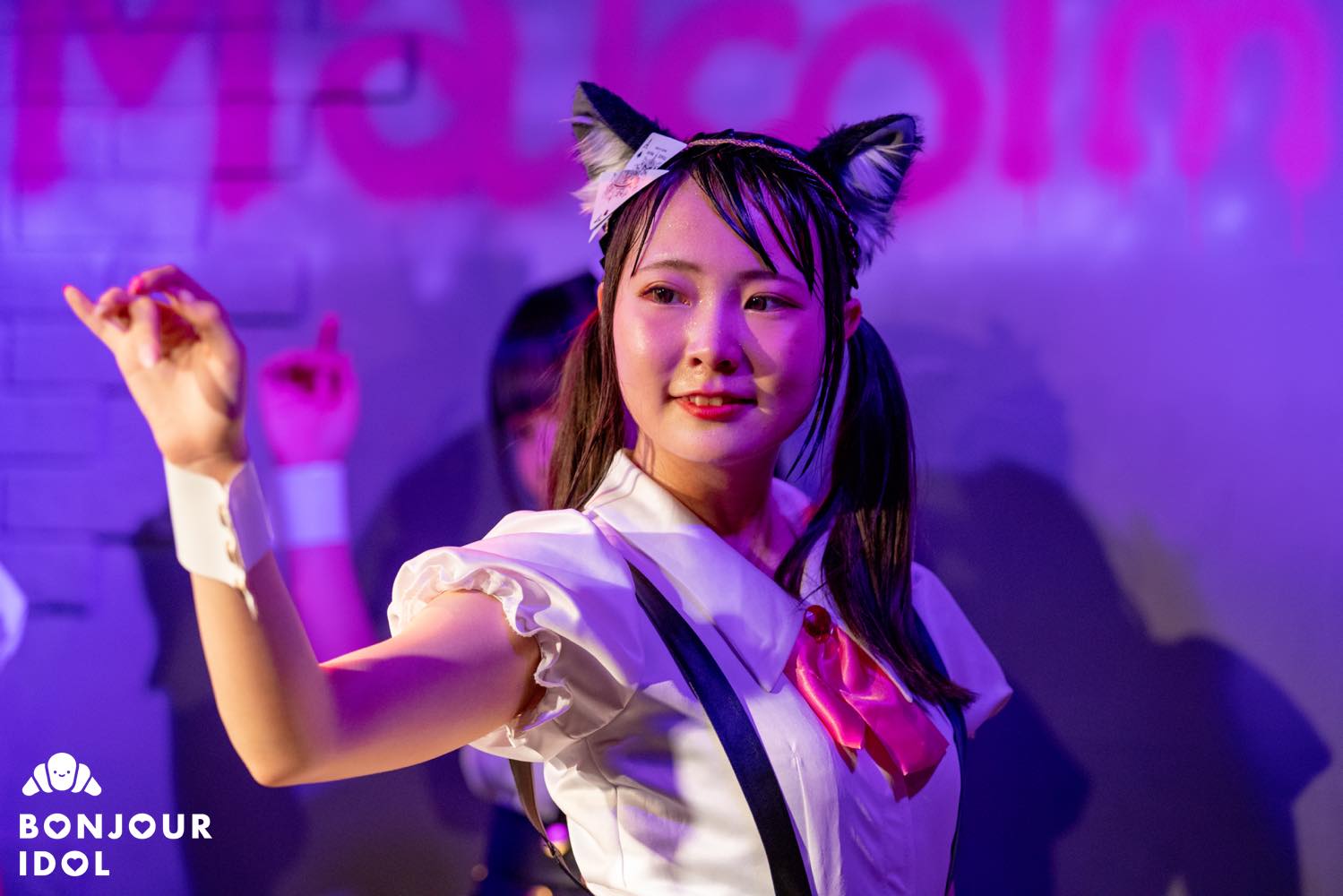 After a short MC commenting on the first half of the ranking, “Boku no Summer Van” starts in a bang and contrasts with the next track “Listen to my heart“, sounding more like a ballad but not without a beat. The track “Shokitto Jiko Shoukai” had one of the longest mix as a response from the fans. “Hakusen” added a sweet and melancholic atmosphere before ending this part with the pop-rock style of “Cultgraphy“.

One another MC goes by and the time has come for the last part of the top 10 Kyueens songs! In order: “Sakamichi“, “Moving“, “BET“, “Go Ahead“, and, in first place, “Megaphone“.
The songs to remember in this part are “Sakamichi” which is very easy to sing along to, the fans stealing the show on “BET” thanks to their incredibly powerful calls, and, as expected on a song named “Megaphone“, everyone rising mini megaphones up to the sky throughout the song.
Despite the full hour of performance with only 3 short breaks, the girls showed great energy and sweet complicity with their fans, who are delighted to see them on stage. Even Miyu and Nanami, who seemed to be the most shy at the beginning, were having a great time as songs went by. 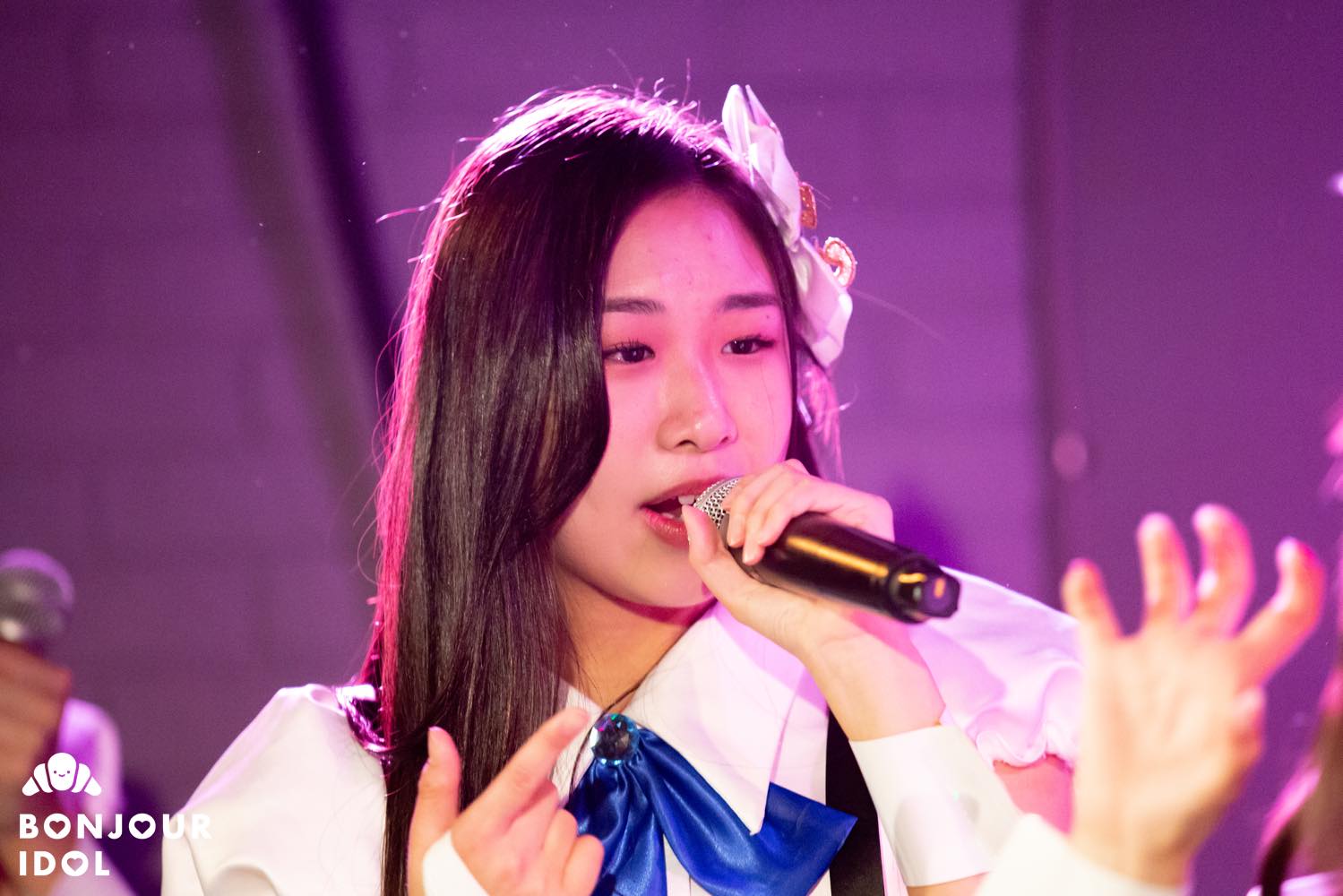 In a final MC, the 5 members commented on the ranking and warmly thanked the audience. An upcoming concert on the 21st of next month in the same venue as today’s is also announced, before the girls returned backstage to get ready for the following meet and greet with the fans.

With Kyueens, all the ingredients are here to spend a pleasant moment with idols who like to share their joyfulness with anyone who makes eye contact with them. If you add to that their exemplary performing talent, a wide range of good songs that vary from idol pop, rock and acoustic, as well as the bunch of fans who seem as delighted as their idols, you can be sure that Monsieur Croissant will return to see them as soon as possible. 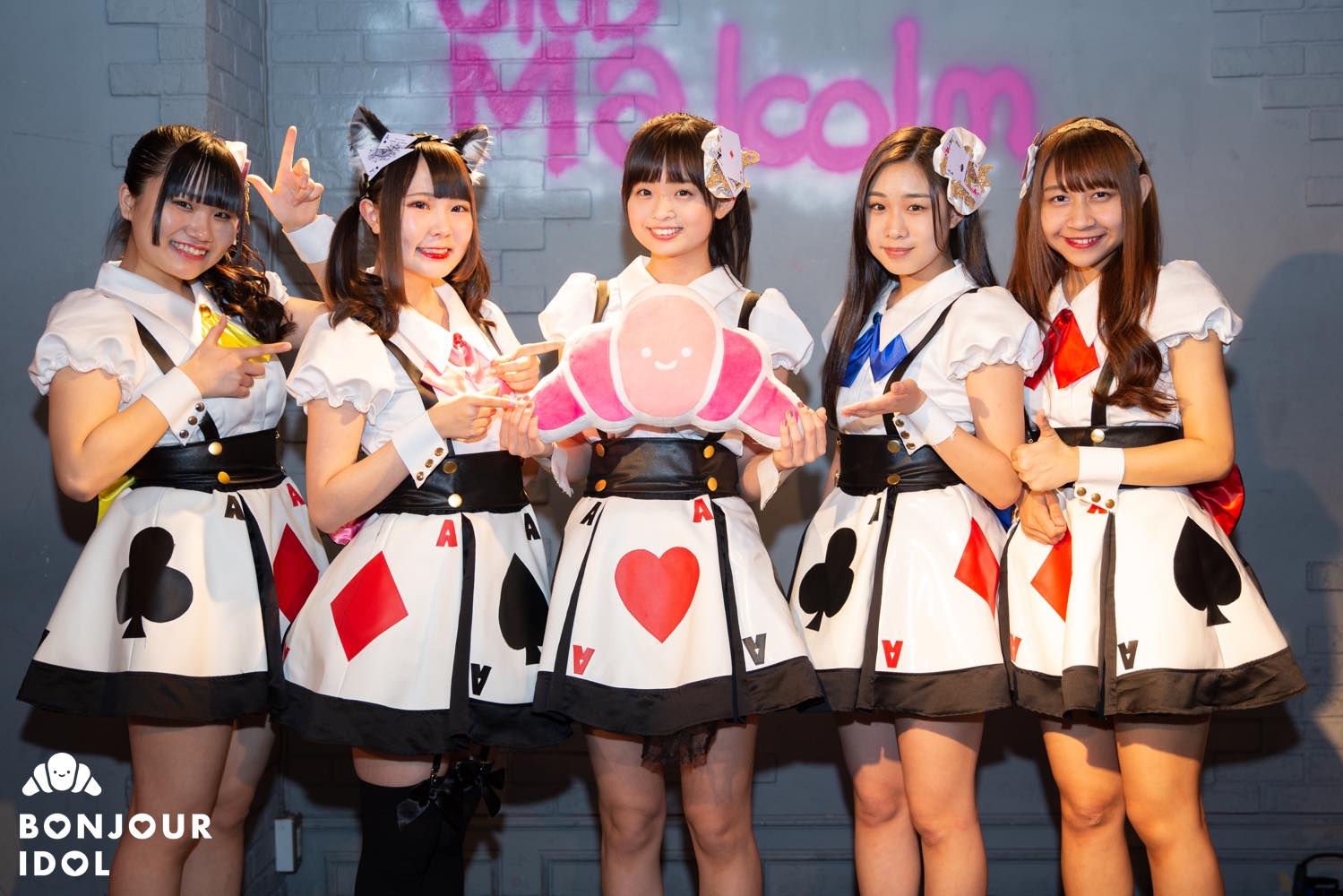 Photos by Ryan
Article and translation to English by Brice

Kyueens
This site uses cookies in order to offer a better browsing experience: Find out more