Remember: on February 16th, we celebrated with =LOVE their very first concert, during which their first tour was announced. After a show in Nagoya on April 11th and in Osaka on April 13rd, the group was back in Tokyo on the 19th of the same month to conclude this tour, in the middle of the promotion of their second single “Sagase Diamond Lily”. 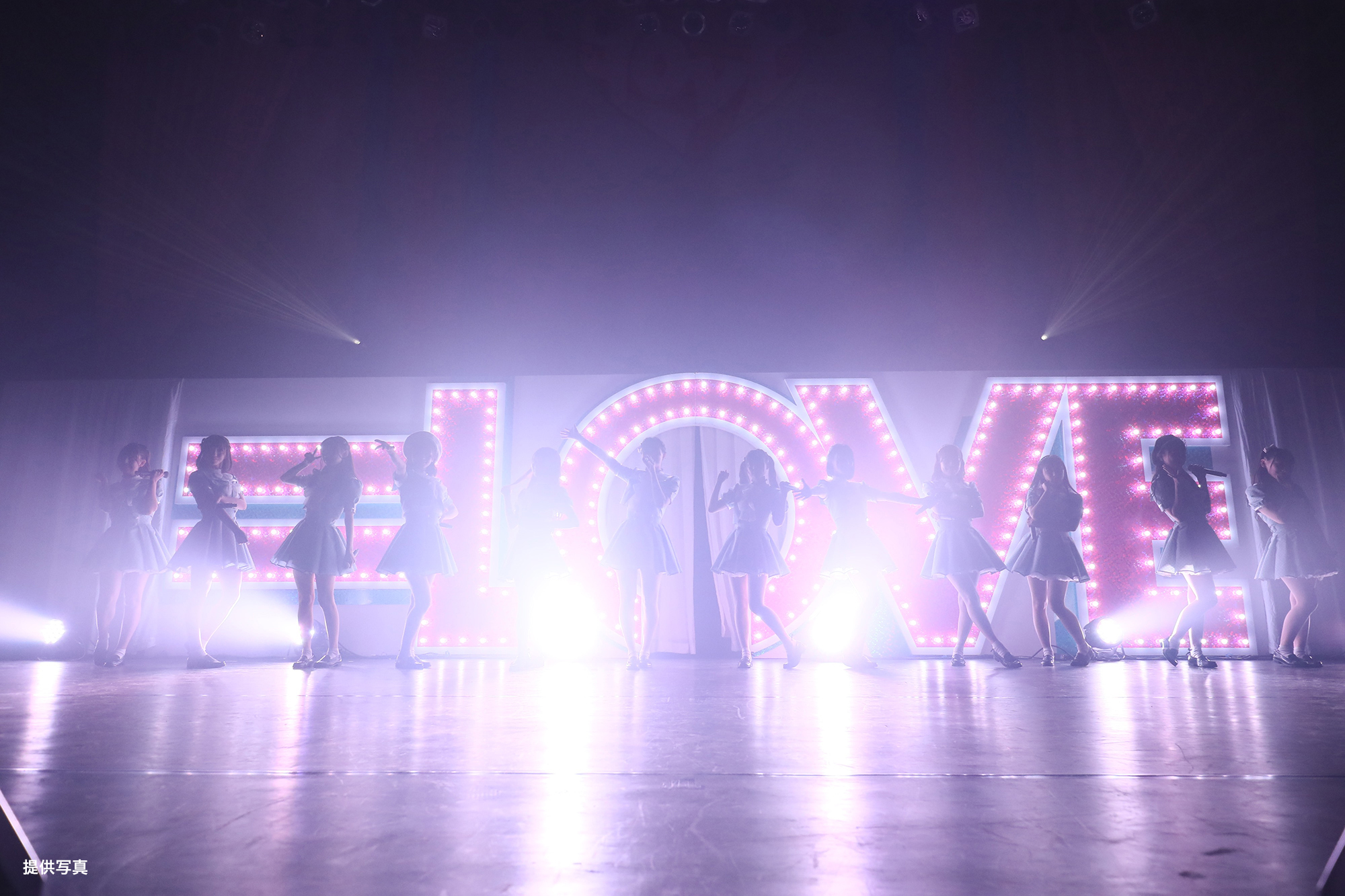 A VTR recalling the preparation for their first concert gives way to an energetic instrumental to get the fans excited, filling up the entire audience at Zepp Tokyo. With their biggest smiles and beautiful pastel blue outfits, =LOVE began the festivities with “= LOVE”. “Bukatsu-chuu ni Au Nante Omottetanda” and its fan calls made the walls vibrate in the venue, leading up to “Youkoso! Ikorabu Numa” and “Kiara, Tasuke ni Kita zo!” before the first break of the evening.

During this MC, the talk was all about the “kameko” (fans who take pictures during a concert) and how grateful the girls are everyday for the beautiful pictures they receive from them. The photos being allowed for the first half of the concert, the “kameko” could feel some pressure not to disappoint them!

It was then time for the unit corner, which here echoes their February 16th concert’s setlist. It did not change, featuring “Sore demo Suki da yo”, “Futari Season”, “Kidzuitara Kataomoi” and “Kono Koi wa Transit”. The full line-up performance of Keyakizaka46’s “Fukyouwaon” once again showed off a power that made our guts shake.

The second pause was the right moment to ask all the “kameko” to stop taking pictures. Following up with another little talk, Sasaki Maika said that the massages she was receiving lately were a little too painful – the price to pay after physically demanding performances such as “Fukyouwaon”.

New MC, new game! The goal: each member has to turn their back on stage, waiting for fans to call them, then turn around and confess their love… We could witness a diverse panel of love confessions; full of innocence like Saito Kiara, tsundere like Takiwaki Shoko, loud and blunt like Satake Nonno or mysterious like Otani Emiri: “The one I love? He is standing in front of me,” she said, facing the entire audience.

Rocket-launched by Kiara requesting a “Kikushi!” call from the audience, the second part of the concert started with Noguchi Iori and Morohashi Sana dressed in long black hoodies on “Kyoku no Doko ka”, later joined by the rest of the group. The end of the song turned into a dance break with a presentation and highlight on each member. “Teokure Caution” followed up then with new lighting effects created for this performance, before the adorably hilarious compilation of fake dates with Nagisa (already seen on February 16th) resurfaced, just to lighten the atmosphere. “Todoite LOVE YOU” picked up from there, with a special spoken line from Nagisa for this performance: “I’ll tell you, so don’t ask for it too much! I love you the most!” she said, not failing to make the fans hearts melt. Finally, “Boku no Seifuku Christmas”, “Want you! Want you!” and “=LOVE” closed the main part of the concert.

Fans were already delighted to see the girls again for the encore, and were able to receive signed plastic balls directly from them during the song “Ima, Kono Fune ni Nore!”. “Aikatsu Happy End” then resonated in the venue. The girls took some time during a MC to teach the fans how to dance to the chorus of “Sagase Diamond Lily”, which was the song to follow, with its two B-sides!

“Niji no Moto”, already performed during their Nagoya concert, is a duo composed of Iori and Maika. This extremely intense ballad slowly builds up, before exploding in climatic and emotional fireworks.
“Iranai Twintails”, sung during a handshake session April 7th, offers a pronounced rock style, recalling some early titles of BABYMETAL, thanks to some ubiquitous furious drums. The members standing in the center are Nagisa and Kiara, known for their very cute characters, resulting in an interesting contrast with a sound far from their comfort zone. They have turned into real rockers, standing on the speakers on stage screaming into megaphones to make the audience super excited! 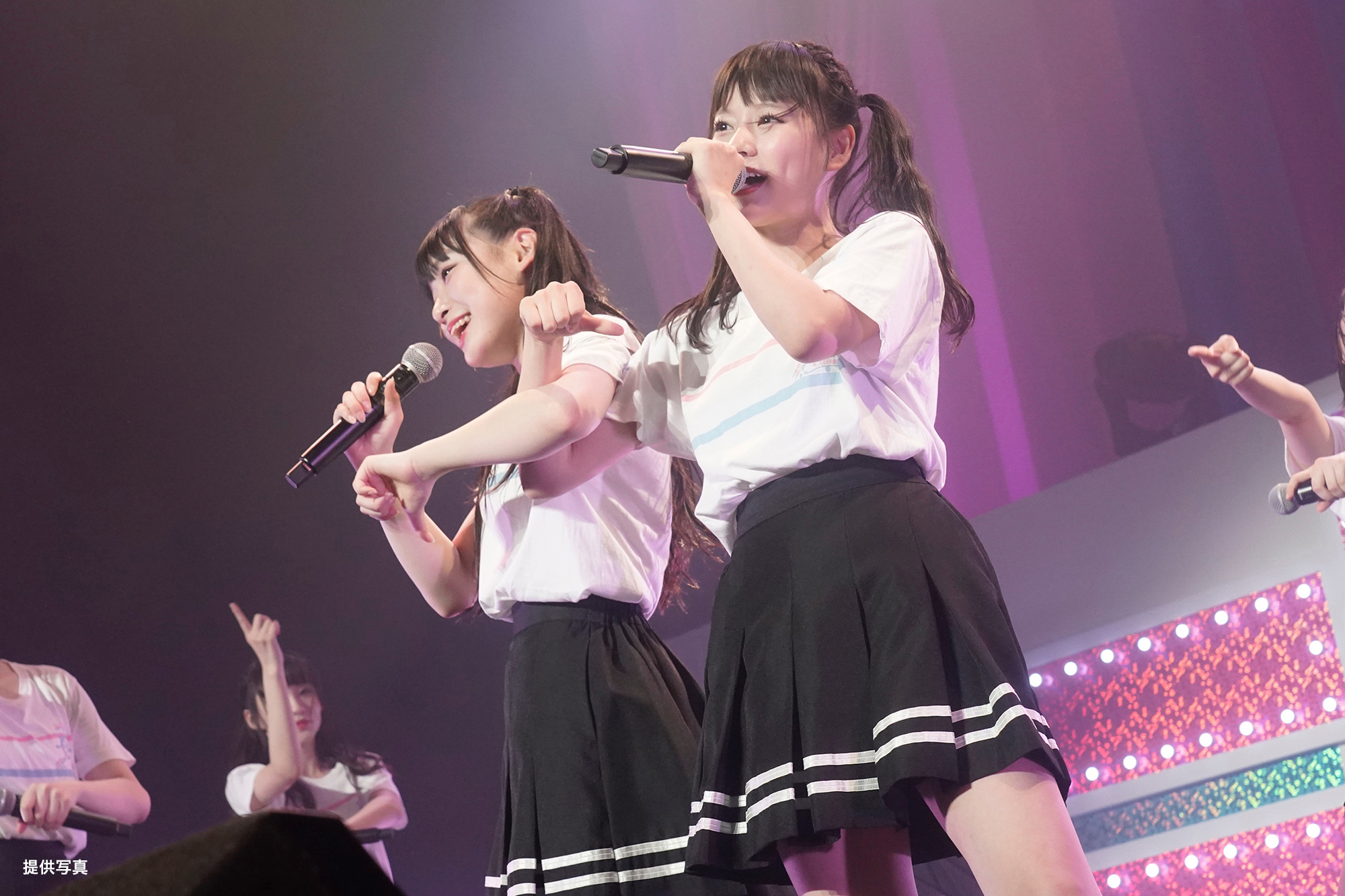 Finally, in a last moment facing the fans, Emiri expressed her gratitude for having been able to be part of such an experience with her 11 comrades, and how happy she was that this tour successfully took place, even wishing it wasn’t over! However, she could recover from her sorrow as a mysterious letter given to Anna revealed the date for the group’s second anniversary concert on September 12th, at the legendary Nakano Sunplaza. Both the group and fans celebrated these happy news with the last song of the day, “START!”.

With the end of a first tour, the release of a single the same day and the announcement of their anniversary concert, the future of =LOVE looks very promising and you can count on Bonjour Idol to bring to you the latest news about them! 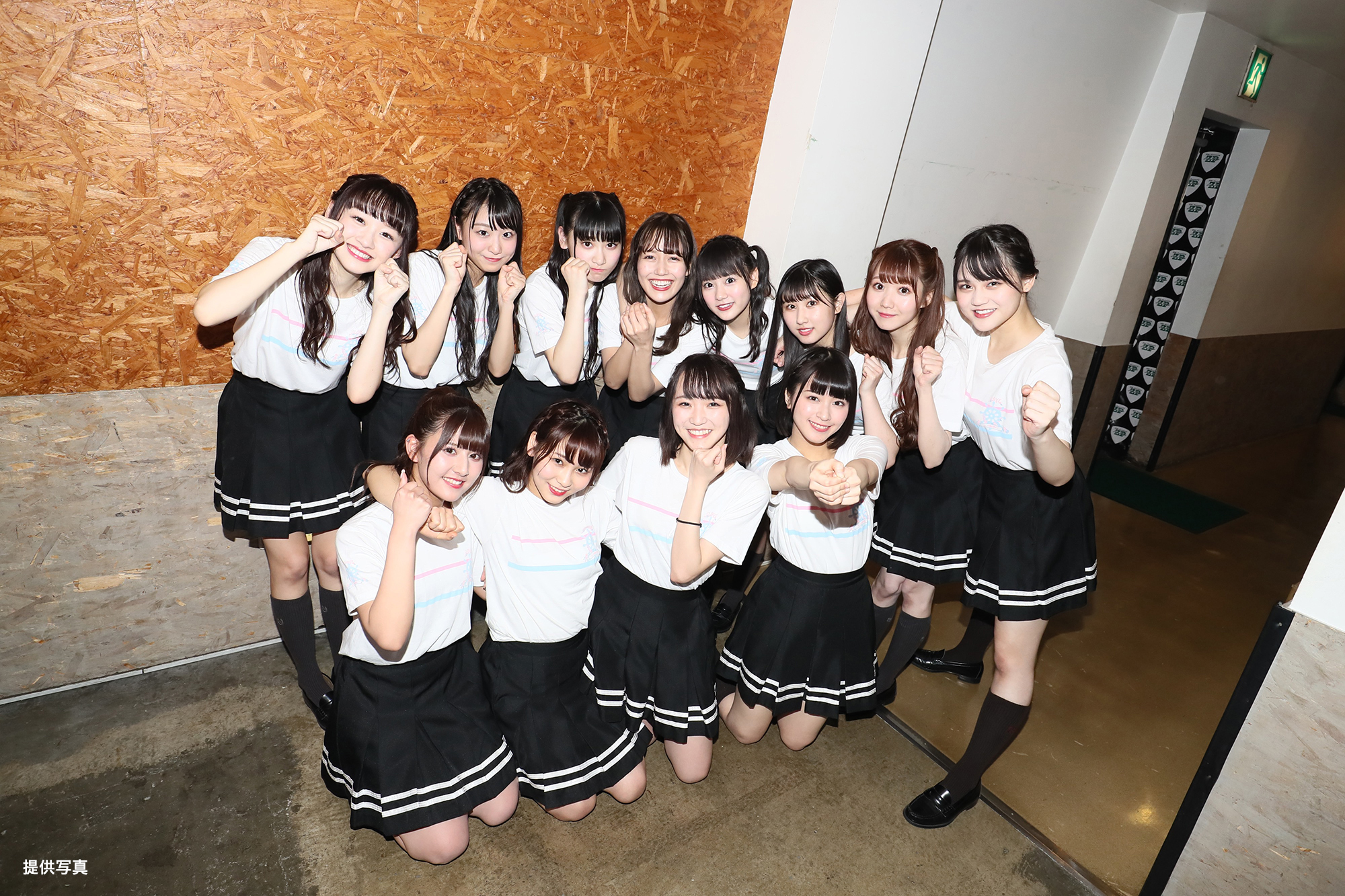 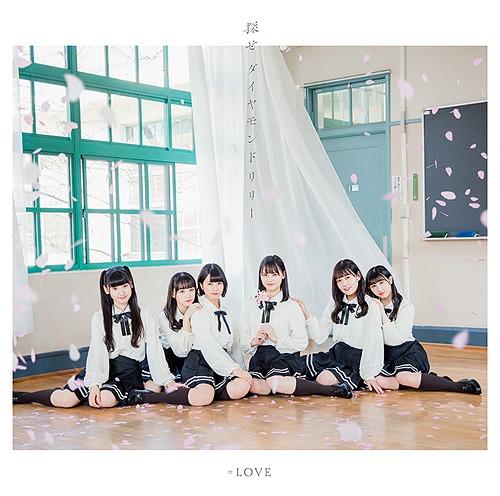 Special thanks to =LOVE’s management team for providing us with the official pictures for this event.
Article and translation by Brice