You’ll Melt More! rang in the New Year at Zepp Tokyo on January 5, 2019 for the first of their double finale performances from their Suiken Tour! It was a spirited return to the venue where they had closed out their YOUTOPIA TOUR a year earlier. 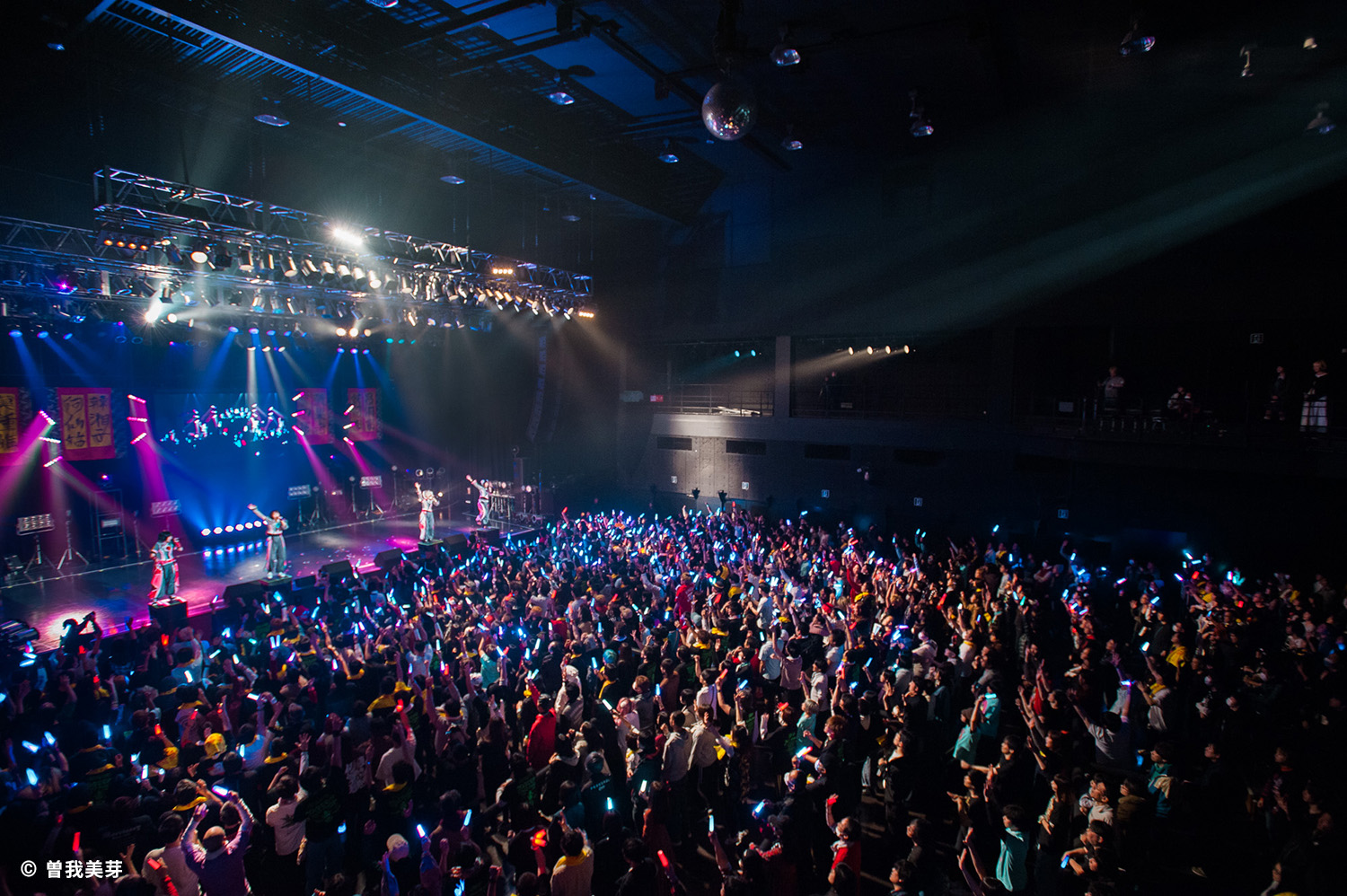 As the lights dimmed, a video began to play, reporting that an evil masked man had declared You’ll Melt More! banned, setting the stage for a story that would unfold throughout the evening. Exploding on to the stage in black and white outfits adorned with spikes, the group kicked off the evening with “Dahlia”, fists pumping as they stood tall on the risers. From there, they rushed into “Detekoi!” and “Unmee” before pausing to greet the crowd that had gathered at Zepp Tokyo.

Keeping the mood going with “Nigenai!!”, the bubbly pulsating synths of “Sukiyaki” and a lively rendition of “Nigero!!”, You’ll Melt More! showed their fighting spirit against the oppressive forces, which made their appearance on stage shortly after, accompanied by a Terminator-like juggernaut. 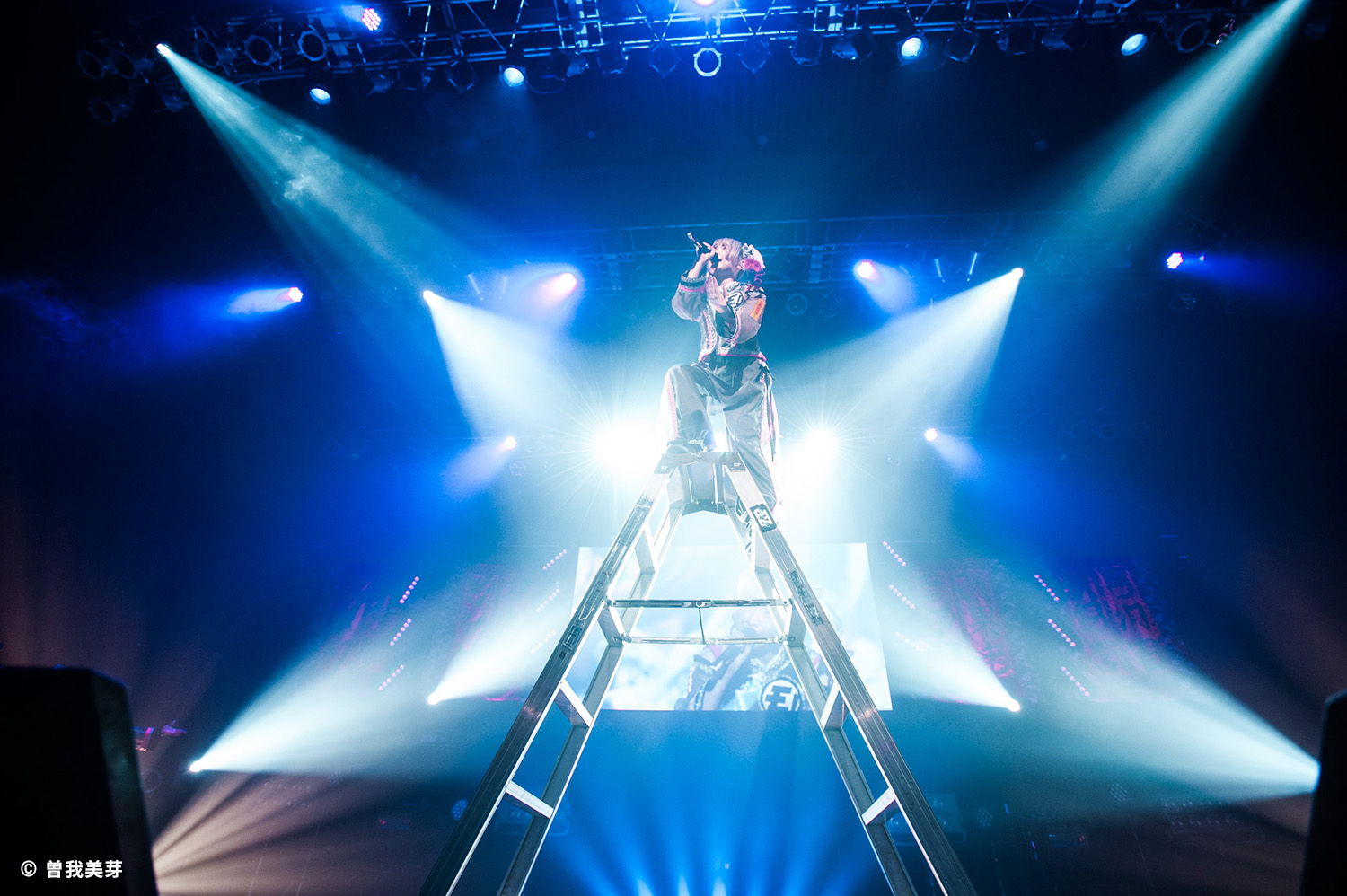 Faced with the threat of a rival group dubbed “Yurumerunaimo!” taking their place, You’ll Melt More! powered up under the guidance of a kung-fu master before returning to the stage with “Inochi Attenomono dane”, “Watashi no Hanashi, Korede Oshimai” and “Zettaiteki ni Kimi to”. Switching up the pace with the hip-hop stylings of “Freestyle Zenbu” and the sparkling “Watashi he”, the group prepared to do battle once again with their enemies.

Utilizing the power of the drunken fist, You’ll Melt More! not only defeated their opponents but also got them to dance along with them before launching into “Summer Bokan” and the scrambling sounds of “NEW WAVE STAR”. With the temperature starting to rise in the venue, the group called out for the crowd to whip up the air with their towels during “You to Piazza” and swing their fists along to “Never Give Up Suiken”.

Backed into a corner, the masked man transformed into a giant robot and You’ll Melt More! was forced to use their trump card by summoning the dragon which they had received from the kung-fu master. A battle unfolded as the dragon came to live on the stage to the persistent drumming of “Aruku no Osoi Inu”. The fighting continued with “id Idol”, intensifying with the sonic attack of “Only You”, Ano surfing on top of the crowd and Younapi standing high above the stage on a stepladder. Delivering the killing blow with “Music 3,4-pun de Owacchimau yo ne”, You’ll Melt More! defeated their enemies and left the stage amidst the lingering smoke of battle.

The encore calls began immediately, interrupted by a flurry of announcements which appeared on the screen above the stage. The news included the spring release of a ska-inspired song, an Affecter collaboration for Chiffon, a Younapi exhibition, a picture book release from Kechon, and a photobook release and drama/film roles for Ano. Returning to the stage in the tour T-shirts, You’ll Melt More! posed for a commemorative photo with the audience in the background before launching into the encore, starting with “Moi Moi” and taking one of their encore staples “Natsu on Blue” in a new direction with a Gari-gari-kun eating contest being held among the members mid-song. Streamers fluttered down to punctuate the final song of the night “A! Sekai wa Hiroi Sugoi” as hands waved along to the buzzing guitars and sang along to the chorus. The members thanked the fans a final time before leaving the stage. 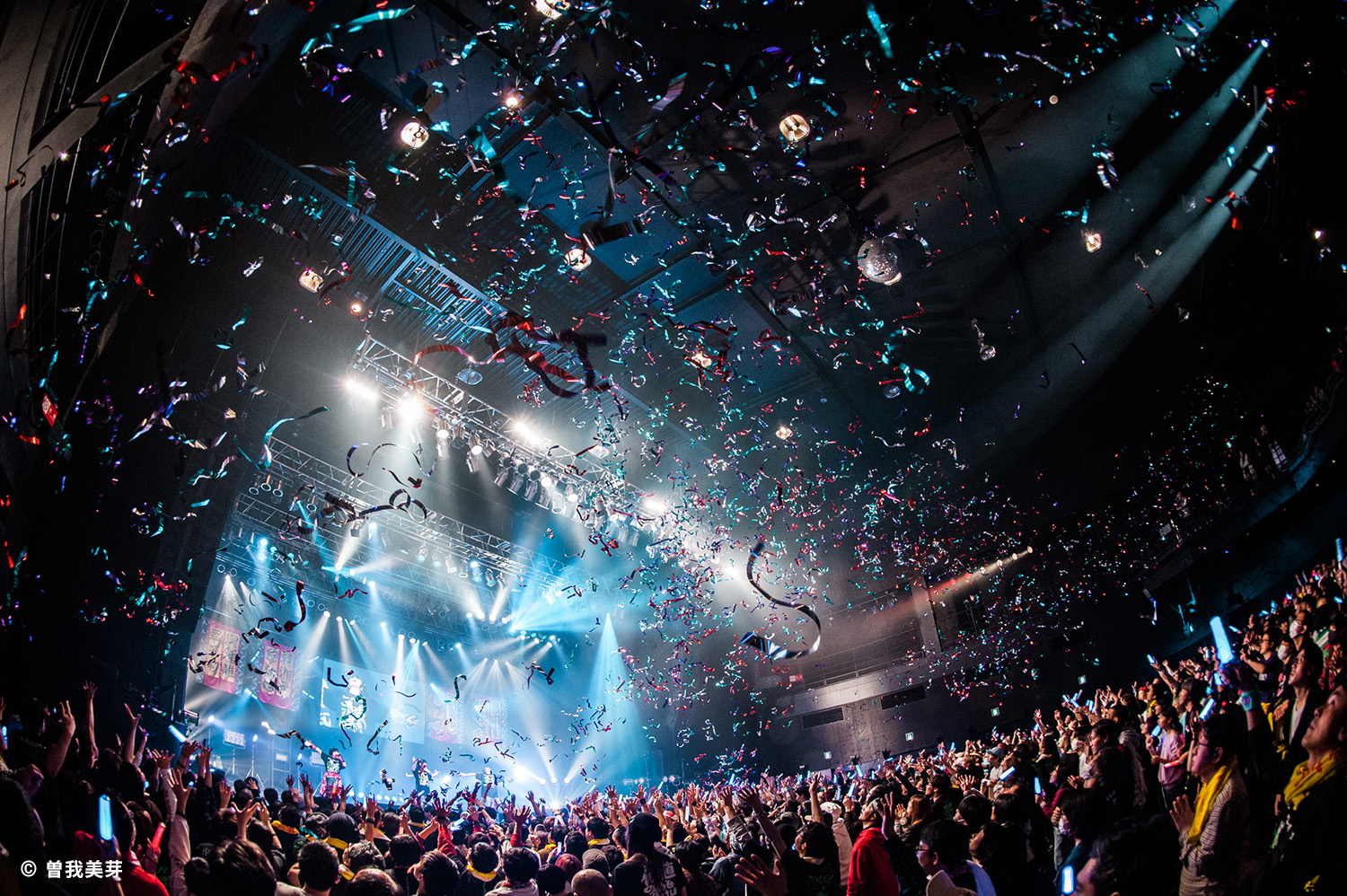 The return performance of You’ll Melt More! at Zepp Tokyo brought with it something completely different from their previous endeavor while maintaining the electricity and creativity which has made them one of the groups to keep watching out for in the Japanese music scene.

Special thanks to You’ll Melt More! management for sending us the official pictures.
Photos by Goto Sotaro and Soga Mime.
Article by Kai, translated to French by Brice