Despite announcing their upcoming mass-graduation for March 9th 2019 in the meantime, Japan’s happiest idol unit Chubbiness celebrated their 5th anniversary of activities on November 29th 2018. For this special milestone, Pikotaro’s sister group held a two-performances one-man live on December 1st, filled with challenges and new content. We attended both shows and here are the details. 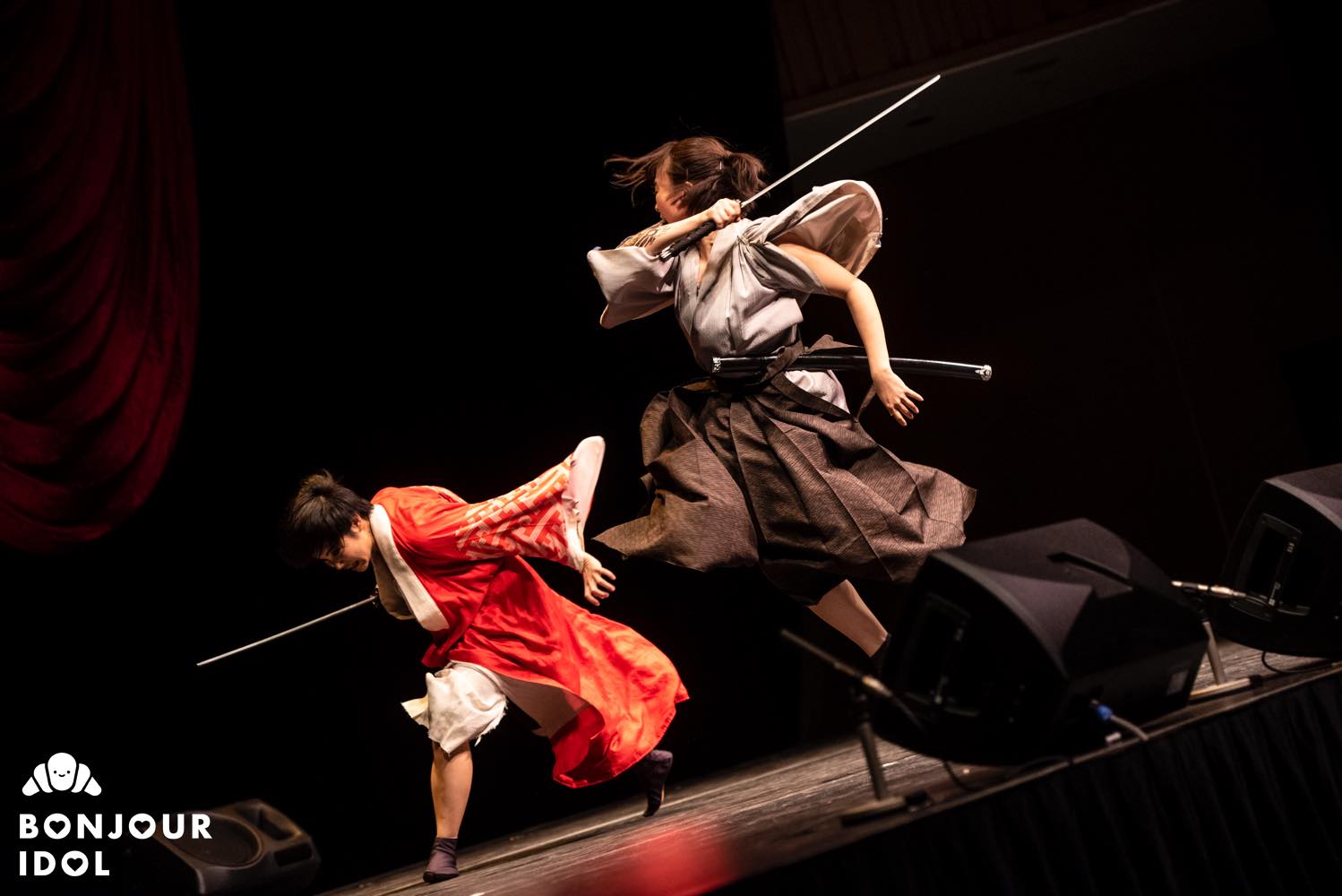 The first act of the day was not just a live performance, but a short play! In the same style as the monthly Entertainment Shows the group had held for the past year at Shinjuku Kadoza, Chubbiness gave it all for a lengthy original piece. The script was as usual written by Takao Sonoko, for a thirty-minutes long play, and the nine members were this time supported by two male actors, Kondo Ren and Kanou Kento from avex boy group IkeYa!.
The play, appropriately titled Jongara Bushidou, followed the story of nine fighters, in an alternative feudal Japan in which women were allowed to become samurai. Their eponymous song opened and closed the performance, revealing the last and most complete version of their MV on a giant screen.

While Jongara Bushidou was a central piece for this first show, Chubbiness also offered their fans a short retrospective of their Entertainment Shows by reenacting some extracts of their past plays, as well as performing a couple of the original song Nakazaki Erina had written for these occasions.

The night show opened with roars of laughters as special guest amimaruchan (actually Horikawa Ami’s TikTok alter ego, but don’t tell anyone) taught everyone how to dance along to the popular app’s catchiest tunes. As a shadow announcer, we were surprised to hear Lovely Ojisan instead of leader Shima Rika (actually Shima’s Twitter gimmick alter ego, but don’t tell anyone either), triggering some amused reactions from the fans, who still agree on the fact that this guy is quite creepy.

This night performance was the opportunity for Chubbiness to perform their entire discography, starting with their two first MVs in chronological order. They appeared on stage wearing new costumes, black tulle skirts, white shirts and bright red velvet vests with gold ornaments, giving off a royalty vibe from the entire group.

Chubbiness were granted the presence of very special guests this night: “busual kei” (a pun between busu, ugly, and visual kei) comedian group Hageyume, and four then-members of senior idol unit SUPER☆GiRLS (who have now all graduated from the group).
Hageyume lit up the audience on fire with their energy and comedy skills with their towel-throwing summer song “Weakpoint Summer”, in a very unusual appearance for an idol concert. A few songs later, Miyazaki Rina, Watanabe Hikaru, Mizote Ruka and Uchimura Risa collaborated with Shima Rika, Ikeyama Chiaki and Nakazaki Erina in a special corner, performing two of the most popular SUPER☆GiRLS songs, “Puripuri♥SUMMER Kiss” and “MAX! Otomegokoro”.

Chubbiness also took the stage in-between guest corners to perform for the very first time their original unit songs. They were all written and composed by Nakazaki Erina, while Takao Sonoko directed the MVs. It was also announced that these three songs, as well as 5th anniversary special group song “Kimi ni”, would be released on a music card on December 24th 2018.

As the encore call started with “Alleluia Wonderland”, Hageyume and SUPER☆GiRLS appeared again on stage with Chubbiness as a final greeting… only to perform another Hageyume song out of the blue, requested on the spot by the Chubbiness members!
This cheerful atmosphere quickly died down as Chubbiness gave their individual speeches to the audience. Expressing their gratitude towards their fans, the staff and fellow members, it was a tearful moment, leaving everyone on edge expecting some bad news. The speeches although ended on a positive note, all Chubbiness members looking forward to another year of activities, despite the sniffing sounds emanating from the audience. As Chubbiness announced their group graduation a couple of months later, this emotional moment was really foreshadowing after all. 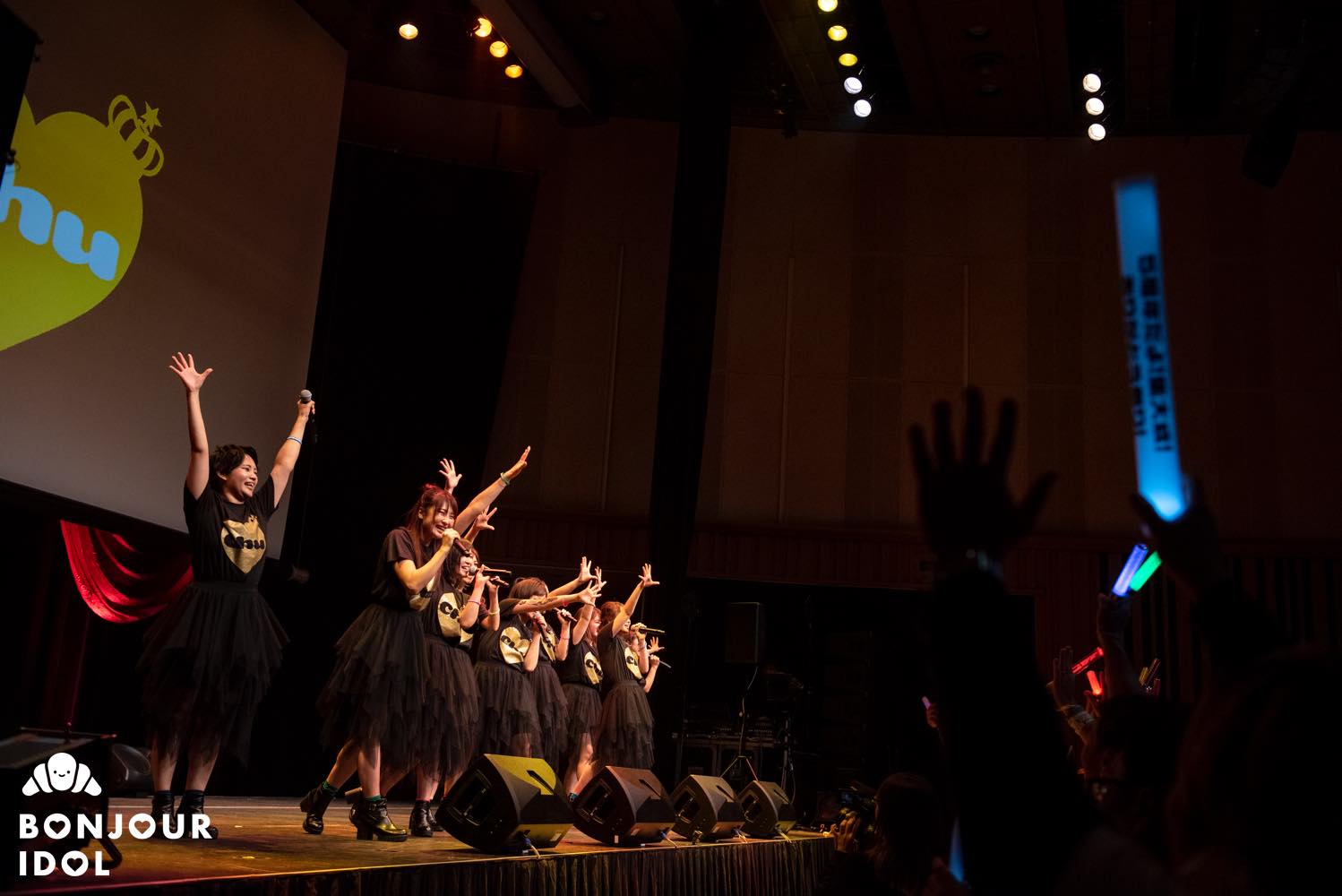 Chubbiness’ 5th anniversary ended with lots of smiles and positive statements, making it quite surprising to hear about their graduation announcement last February. All members are above the age of 25, and after five years of fruitful various activities within the idol industry, wishing to pursue new dreams on their own only feels natural.

It is not without sadness that Bonjour Idol will be seeing Chubbiness off for their double-performance graduation party on March 9th. But we sure hope Japan’s most cheerful idol group will put an end to their activities in a bang! 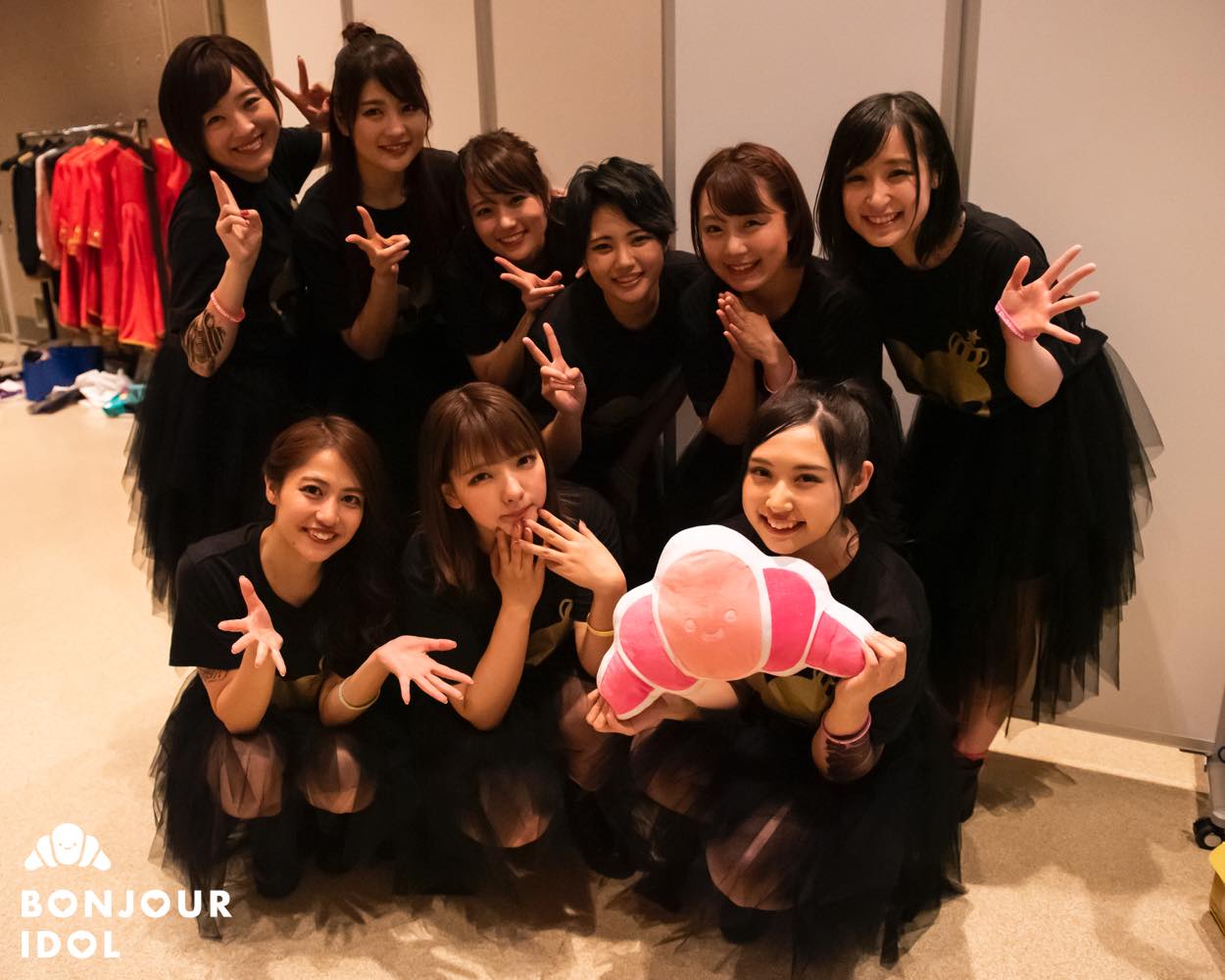