akishibu project opened the door to yet another new world as they bid farewell to members Ruka Okonogi, Mahiro Hoshino, and Mizuki Tsushiro at the legendary Nakano Sunplaza on February 15, 2019! 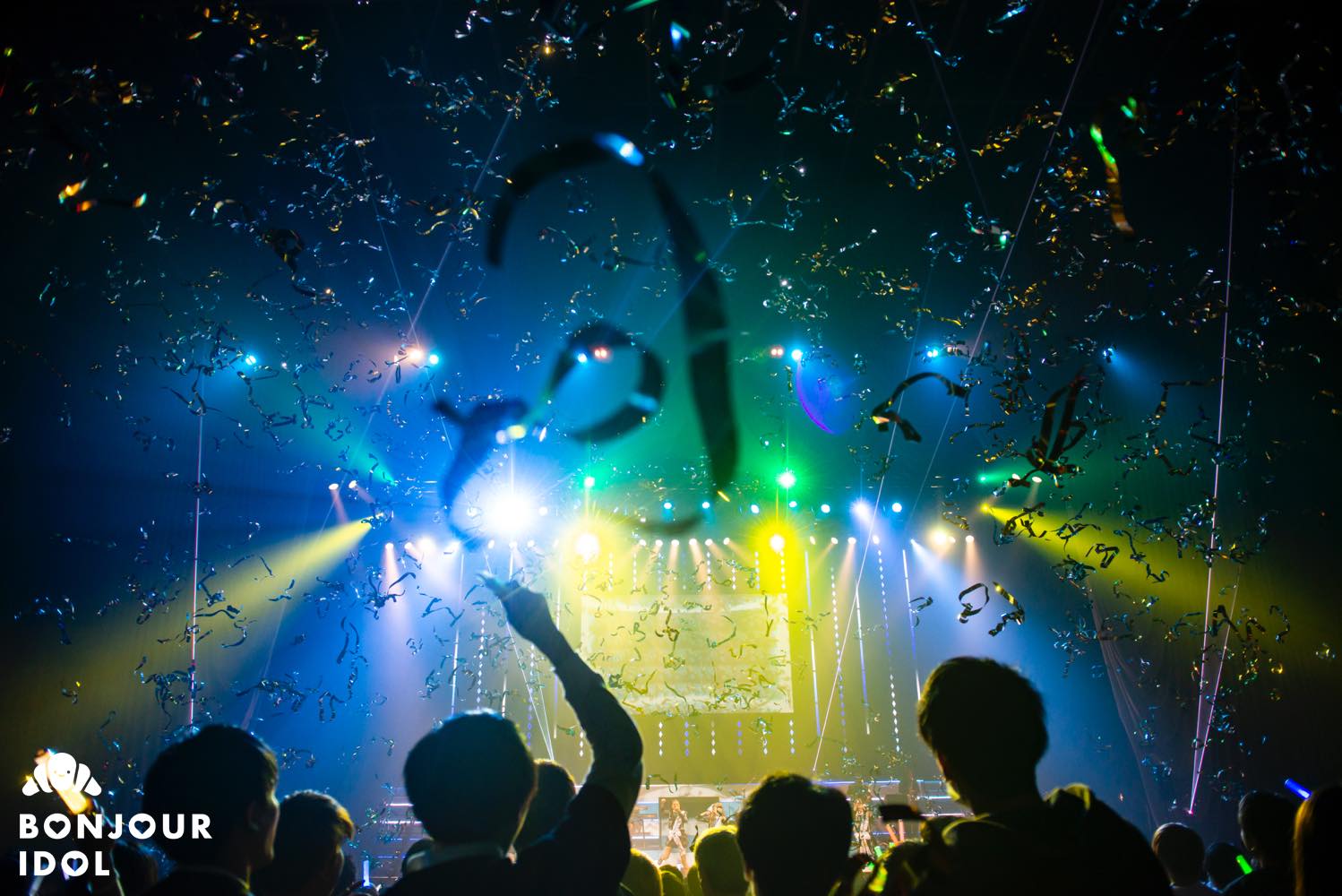 As the lights dimmed, a short video flashed back through the collage of live performances and events that akishibu project had spent together as dramatic music played. A 5-piece band took the stage and launched into the intro music to get the crowd lit up. akishibu project rushed out onto the stage to start off the evening with “New World” as streamers rained down. Moving right into “Summer☆Summer”, the members darted between the columns of CO2 erupting from the stage as they fanned their hands to combat the rising temperature in the venue.

Bouncing along through “Candid Love” and swinging their fists through lasers to “NEXT GATE”, akishibu project took a brief pause to welcome the fans to Nakano Sunplaza, sharing their excitement at standing on the stage that so many famous idols had graced before.

The sound of summer fireworks rang out, the members brandishing metallic folding fans as they performed “Setsu Natsuri”, their hands fluttering like sparks flashing across the night sky. Shifting gears abruptly, akishibu project unleashed a ferocious rendition of “Answer” which melted right into “Creaction” and boiled over into “Akishibu Way”, with the members stomping and chopping their way through clouds of CO2.

Yue Miyatani took center stage amidst the warm glow of red penlights as she sang her solo song “Message to ID”. Ruka Okonogi, Mahiro Hoshino, and Mizuki Tsushiro returned dressed in white and pale blue striped outfits to begin “Fighting Stars”, the rest of the group joining them in waves as the song continued.

The members shared their impressions of the evening so far, comparing it to a dream and sharing how Ruka mistakenly went to Zepp Tokyo (the venue of their 6th one-man live), noting that it wasn’t the first time that she ended up somewhere she wasn’t meant to be. Yue stepped forward again as she began singing “Dear Best Friend”, her song from the 2012 Asia Diva Audition which began her path towards becoming an idol. Gliding across the stage and harmonizing their voices together, akishibu project’s “Way to Dream” was like a calm before a storm, which arrived in the form of the synth-heavy uptempo dance rock of “Change the World”. 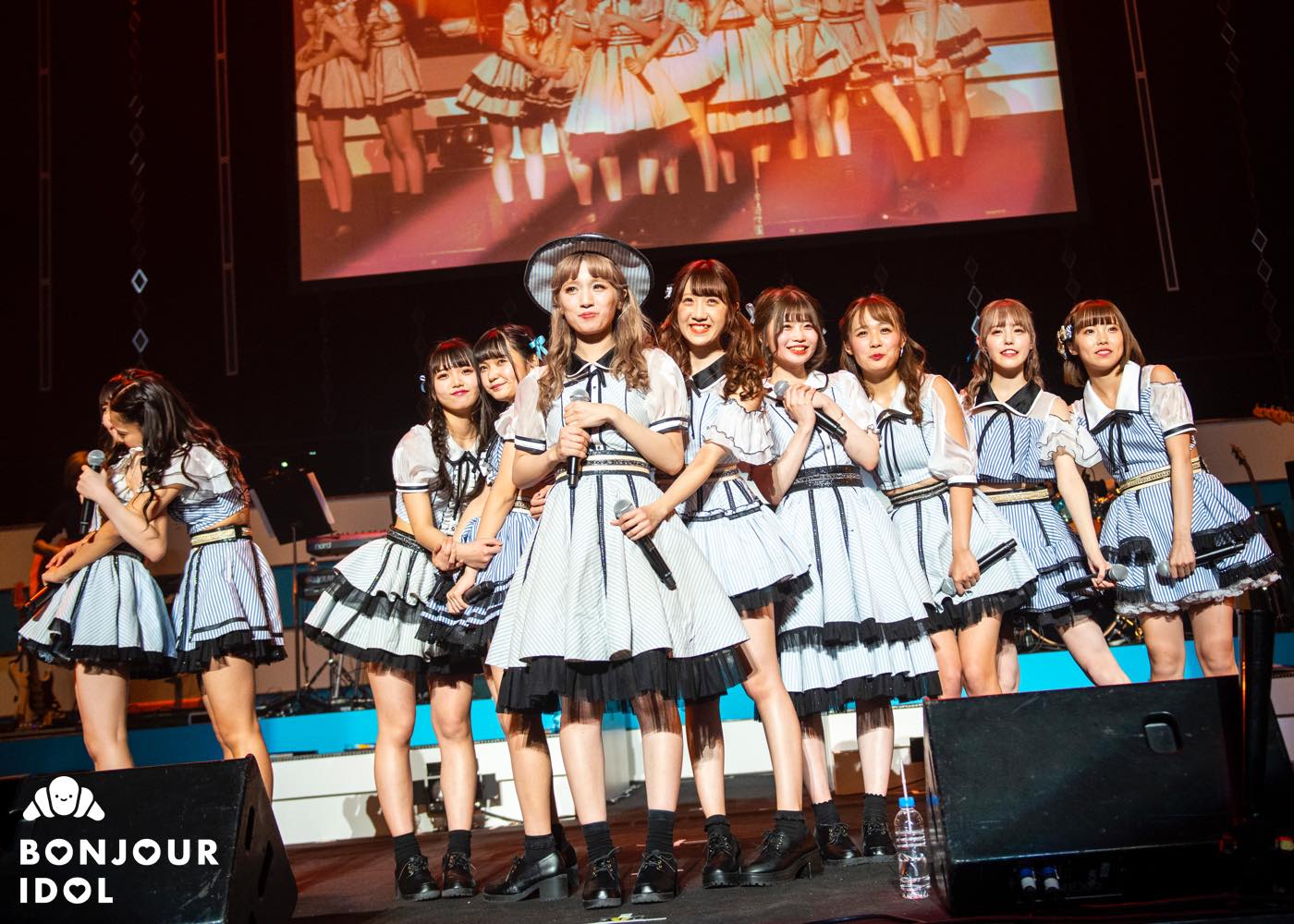 Giant blue and white balloons filled the hall as akishibu project sailed through “Dream in a Sea”. Back on dry land, the performance continued with longtime fan favorite “Midarekami Fighting Girl”, the fans shouting along to the intro and hailing Hinako Kera with a barrage of “Kera!” calls during her lines as they danced along to the music. The outpouring of love towards Hinako continued on into “Re:Start” as Nakano Sunplaza became illuminated with orange penlights for her. Blasting their way through “Hola! Hola! Summer”, akishibu project introduced the band members to cheers and applause before leaving the stage to end the main performance. 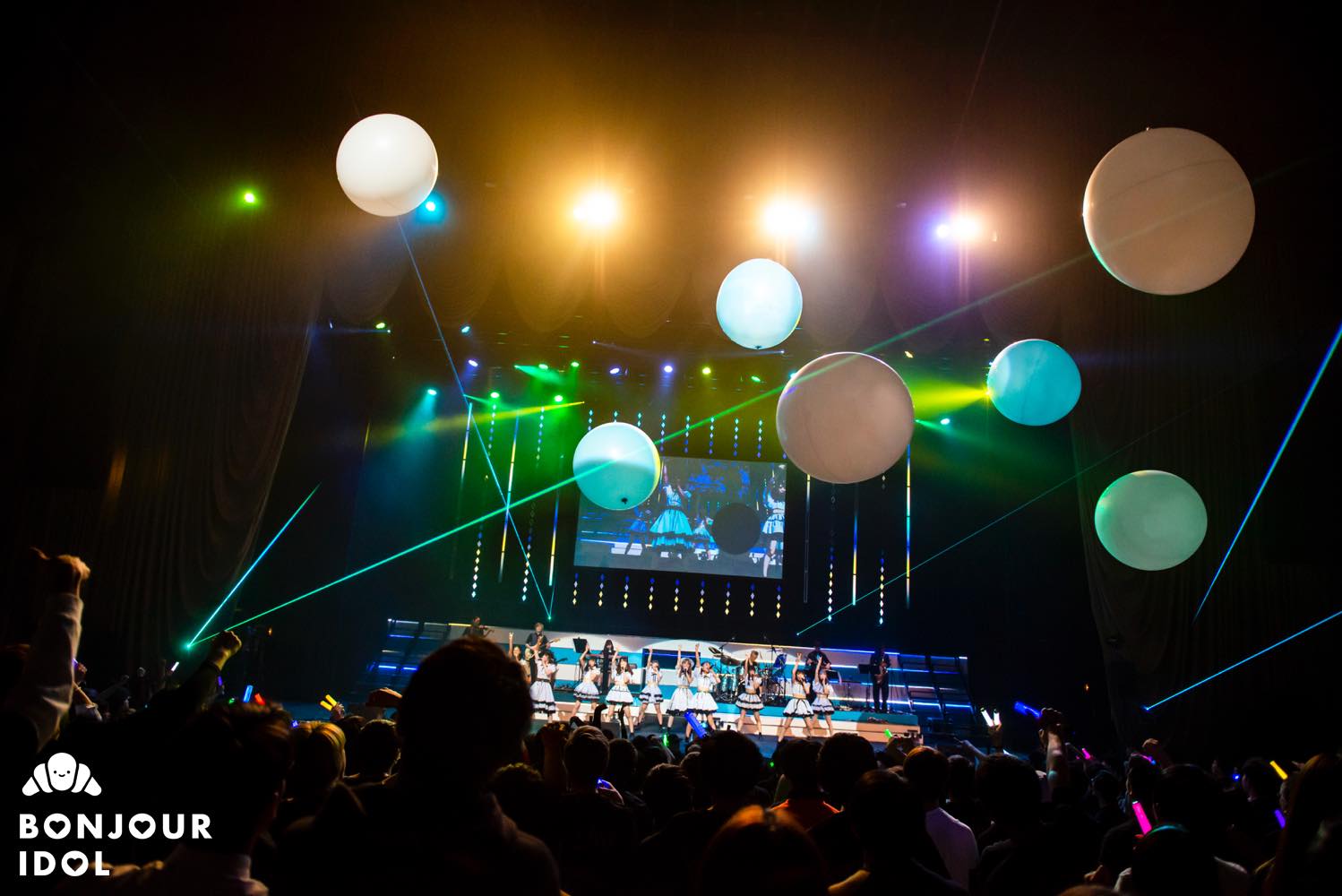 The encore began shortly, the members of akishibu project and their band returning in oversized white T-shirts, starting things back up with “White”, a sentimental slow song which had been written for former member Emiri Otani (current =LOVE member). Paper hearts fluttered down on the audience. As a continuation from their 6th one-man live at Zepp Tokyo, akishibu project’s final song of the evening was also “Manatsu no Serenade”, complete with a shimmering cascade of streamers bursting out at the beginning. Taking their bows and thanking the audience, akishibu project left the stage in its previous incarnation for the last time.

Once again, big changes have come to akishibu project with the graduation of the 2nd generation, the impending graduations of founding members Yue Miyatani and Hinako Kera, and auditions for the next generation of the group. However, in the spirit of Akihabara and Shibuya, the two Tokyo districts from which they take their name, akishibu project is constantly changing and evolving, even during periods when outside appearances may not appear so. 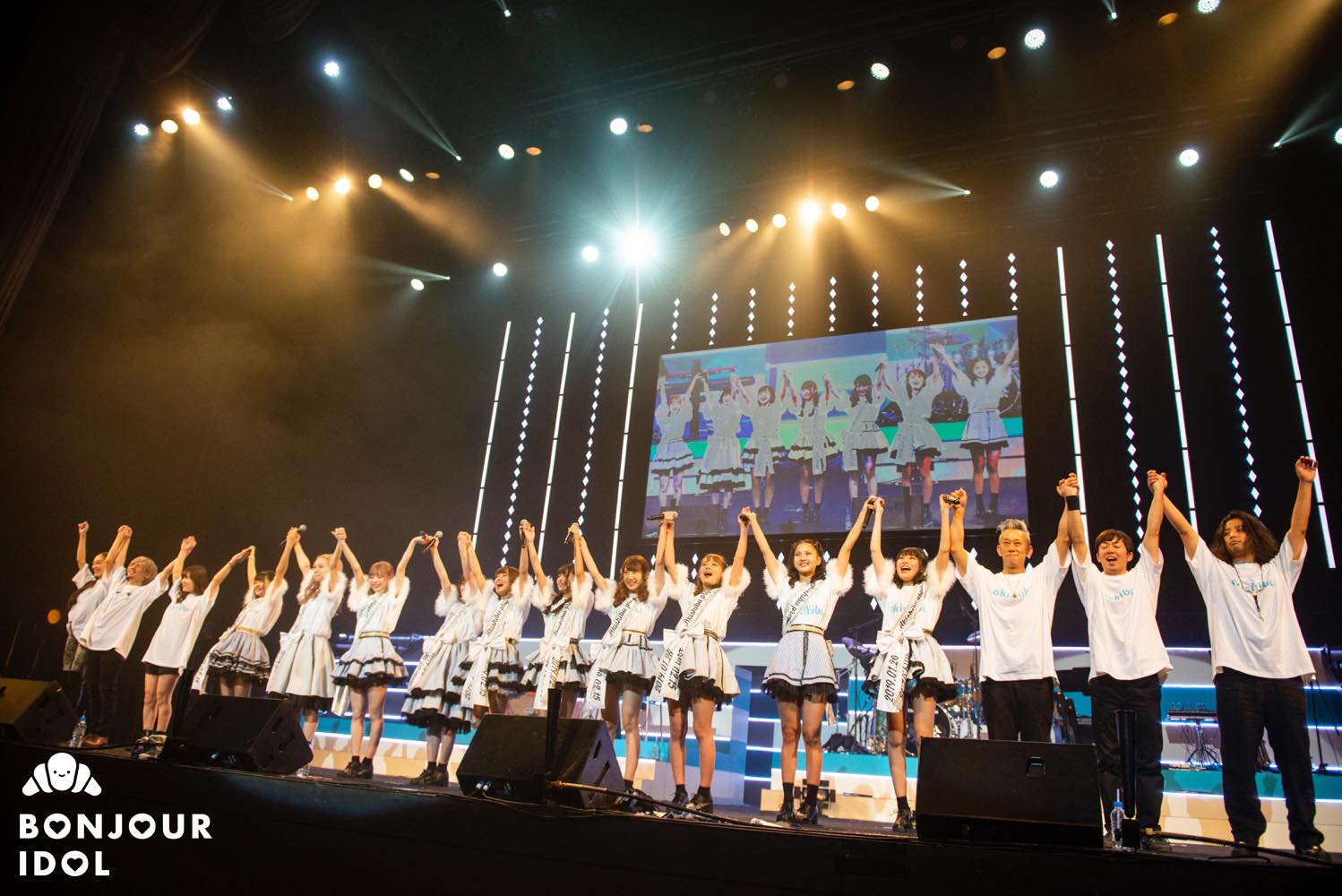 Photos by Nathan Gey and Kai
Article by Kai, translated to French by Brice