2018 has been a particularly rough year for idol groups as many popular acts announced their upcoming disbandment. Tokyo Idol Festival 2018 was the last edition of the event for some of them. The three groups presented below will be giving their last performances over this next week-end (September 22nd to 24th) and here is a little tribute before they start a new chapter of their lives! 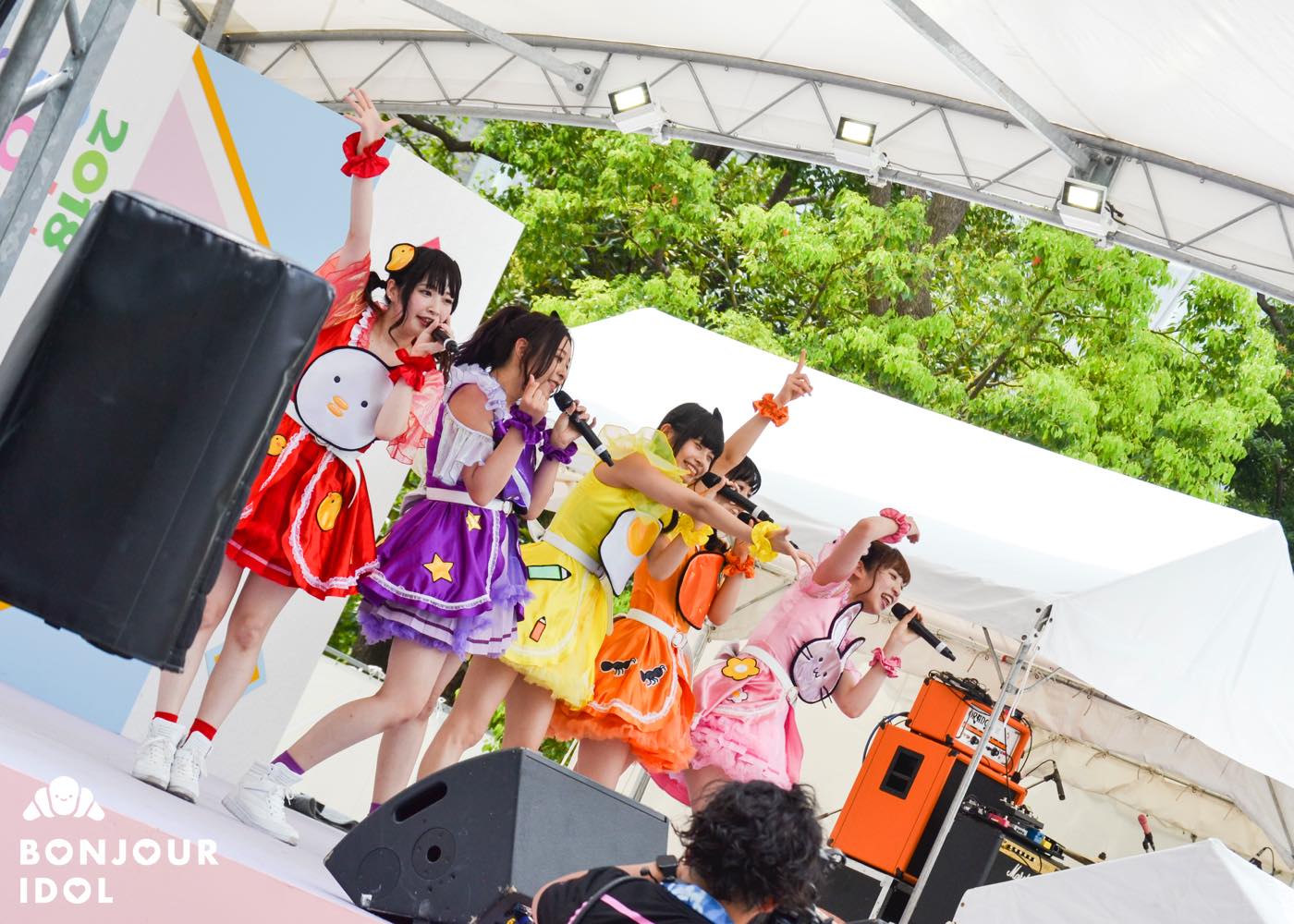 Beboga! has been active as idols for four years. We have been able to watch them climb their way up from the very bottom of the indie idol food chain, originally called Baseball Girls. Up until 2016, Baseball Girls was one of the hottest acts of the Tokyo indie scene, with a very catchy and unique musical style and extremely responsive audience.

The group signed with pixiv and joined the agency as Niji no Conquistador‘s “Yellow Unit” after a short hiatus in 2016, releasing three indie singles under Master Records. Their transfer to the famous DEAR STAGE agency was announced in December 2017. A few weeks later, yellow member Kaname Rin, extremely famous under the nickname “Perorin-sensei” for her illustrations about the little things of the idol life, was announced as a new concurrent member of Dempagumi inc, along with Niji no Conquistador’s Nemoto Nagi.

Beboga! made their major debut under Columbia a few months later with Be!, released in April 2018, but unfortunately, the group announced their second single to also be their last. Tokyo Idol Festival 2018 was the last time for Beboga! to be performing on the famous summer stages of Odaiba. As we personally watched them grow and succeed over the last few years, it was not without a little pinch to the heart that we observed them performing with their usual energetic smiles.

Beboga! will disband on September 23rd in a final live held at Kawasaki Club Citta. You can still meet Kaname Rin as a member of super-popular group Dempagumi inc. 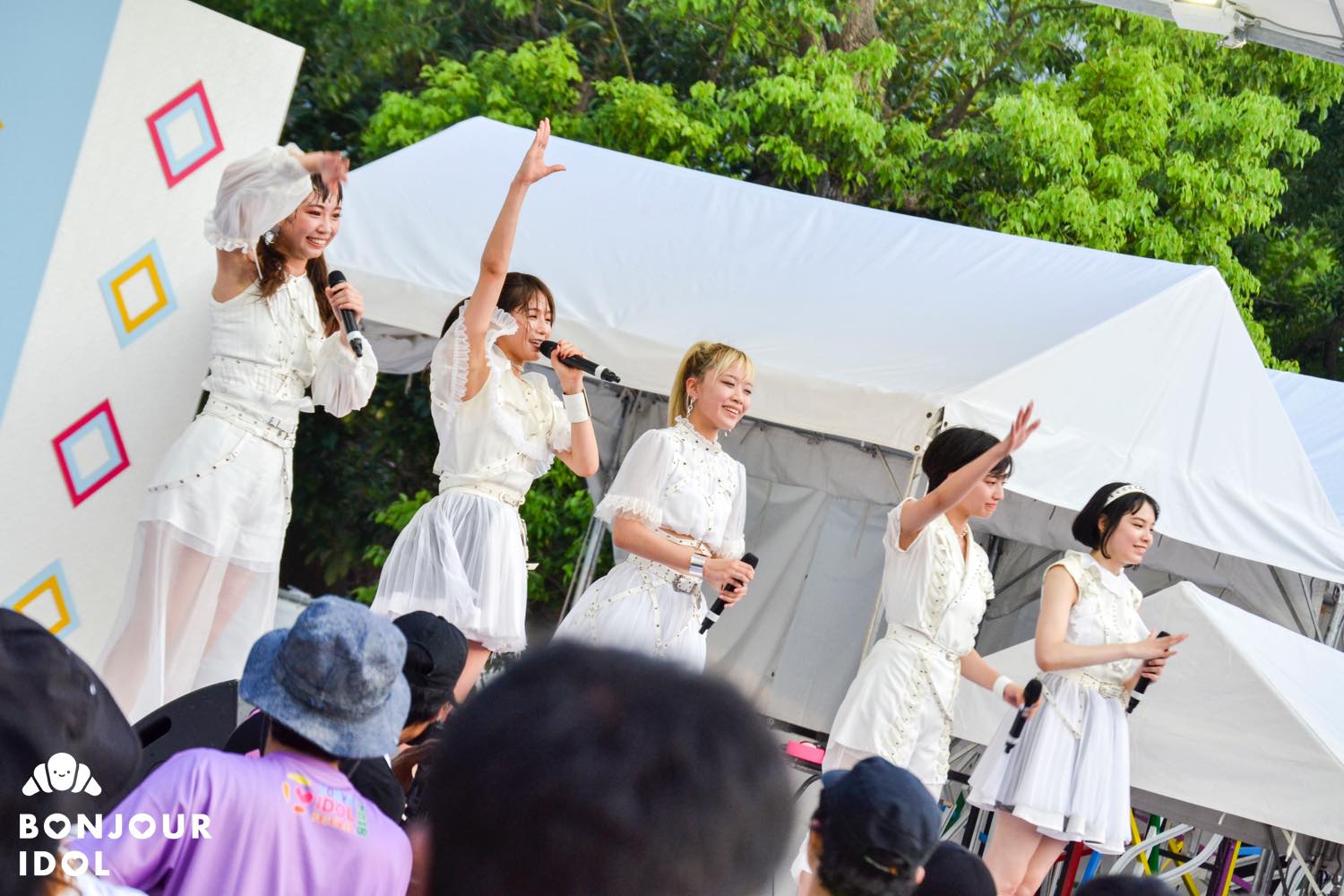 Babyraids JAPAN started as “Babyraids” only, as a project produced by former Idoling!! and now popular variety talent Kikuchi Ami. They made their CD debut in September 2012 under major label Pony Canyon. One of their initial goals was to get to perform on the stage of the famous Nippon Budoukan within two years, or else the group would be dissolved. Thankfully, Babyraids held their first live at Budoukan in December 2014, thus clearing the horizon for the group’s future.

They changed their name to Babyraids JAPAN from 2015 and onwards, as a way to start from fresh after fulfilling one of their ultimate objectives. Their musical style is described as “emotional IDOROCK”, carried by the excellent main vocalist Hayashi Manatsu. Babyraids JAPAN have been steadily releasing singles and albums on a regular basis, and got to perform at Japan Expo in Paris in 2016.

They unfortunately announced their upcoming disbandment for September 24th. Babyraids JAPAN had been building a strong reputation of one of the top acts of Tokyo Idol Festival, their emotional performances of “Yoake Brand New Days” being one of the most buzzworthy moments of the event for idol fans. 2018 was their last live in Odaiba, in a heart-wrenching moment as we could witness both idols, idol guests and fans tearing up over this last performance. 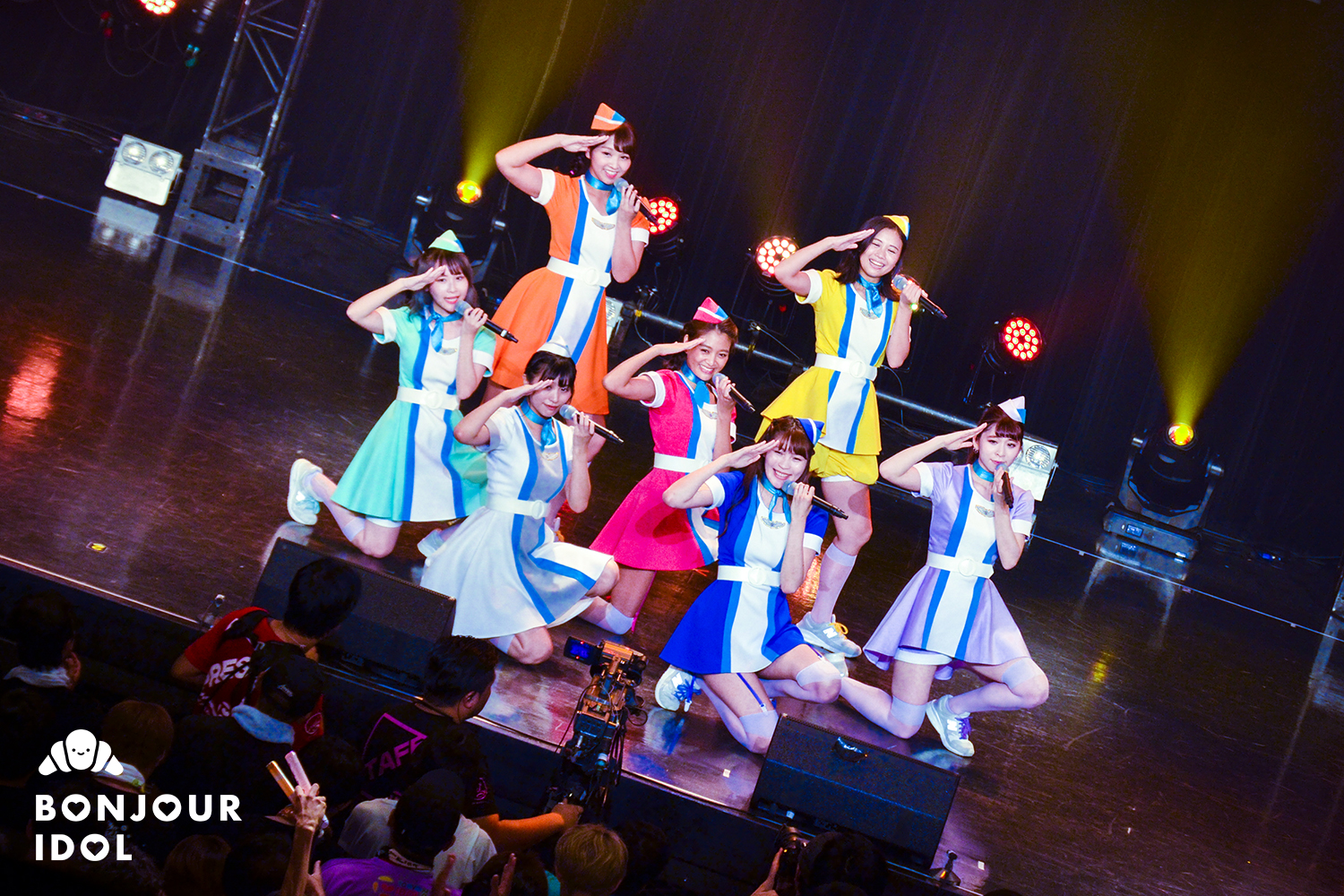 Cabin attendant-themed group PASSPO☆ is one of the longest lasting idol units of this past decade. After an audition organized in 2009, ten girls were chosen to form what would later become one of the trendiest idol units that was not straight out of the 48Group or Hello!Project mold. Their major debut “Shoujo Hikou” in 2011 made them become the first idol group debuting at the number one position in the Oricon sales ranking.

PASSPO☆ has been active for almost ten years, sporting a unique rock sound making them rather close to bands like colleagues SILENT SIREN style-wise. The group also started their band alter-ego in 2014, Band PASSPO☆, in which all the members play their own instrument. A little sister group was also born in the meantime, Puchi Passpo☆, unfortunately disbanded earlier in 2018.

PASSPO☆ announced their break-up in May 2018, leaving a wide hole in all idols and their fans’ hearts, as they reached a staple status in the industry over the past decade. For their final stages at Tokyo Idol Festival and @JAM EXPO, many idols were able to perform with them or covered their legendary songs in various emotional tributes. Groups who are close to them like Up Up Girls Kakko Kari or SUPER☆GIRLS were seen shedding tears when performing with their comrades one last time over these summer festivals.

PASSPO☆ will disband on September 22nd in a final live held at Nakano Sunplaza.

Article by Melody
Photos by Melody and Kai