Necronomidol, under their label VELOCITRON, is an idol group based in Tokyo created in June 2014, with a rock-like musical style with a big metal inspiration. It is currently composed of 5 members: Risaki Kakizaki, Sari, Hina Yotsuyu, Rei Imaizumi and Himari Tsukishiro, while they were only 4 at their debut. Only Risaki and Sari are only original members left, and the latter is probably the most recognizable of them five, with her light blue hair and an “shironuri”-type immaculate white face. To this date, they have in their discography 7 singles, 2 albums and a third one is scheduled for the end of September this year.

The producer, manager and man behind the band is Ricky Walson, an American aficionados of the Japanese underground idol scene. Thanks to the democratization of less traditional idol groups, Ricky wanted to create a group that follows this trend and wanted the group, as he explained in the interview below, surrounded by “darkness”. Their Patreon page labelled their style as “ultra dark japanese idol music”, which sets the tone.

Their name, Necronomidol, derivated from “idol” of course, but also from Necronomicon. It is a famous fictional book of witchcraft present in the universe of “The Myth of Cthulhu” imagined by the writer Howard Phillips Lovecraft. The songs “Azathot”, “R’lyeh Il” and “Ithaqua” are direct references to the universe of the same author. The name of the group may be abbreviated to “Necroma” (ネクロ魔) and thus decorticated, gives “necro” (ネクロ) for “necromancy” (the art of divination from the dead) and “ma” (魔) which translates to “demon”.

The themes featured in their songs are as dark as the meaning of their name, and death, for example, is a recurring topic (see the song “Psychopomp”). But the girls always make sure to remind their audience that they really are “idols” and even like to play around with their producer about that.

It is very difficult to precisely label Necronomidol’s music genre, as almost every song is a derivative from the metal or rock genre, while some are neither of them (see the songs “Starry Wisdom” and “Celephaïs” for example).
The songs are composed by many different artists but it is the producer who first gives a general idea of ​​a style, a concept or even a mood for their production. However, several genres can be heard throughout the discography such as Darkwave, Black Metal, Post-rock, NWOBHM (new wave of British heavy metal) and surprisingly more traditional idol-rock in their most recent productions.
Synths and electro vibes are also sometimes scattered here and there, in an explosive melting pot that provides opportunities for the Necronomidol girls to perform on stage with groups from very diverse backgrounds.

Over their 4 years of existence, Necroma’s musical genre have varied from one end to the other of metal. At their very beginning, everything seemed to be allowed, as on the single “Ikotsu Moufubuki” on which the two songs “Vulture” and “Atai No Tsumeato” are the opposite of each other in terms of atmosphere. While the first goes for an Eurobeat style with a ubiquitous synth, the second, with its Ambient Black Metal vibes, leaves us glued to our chairs with an very nervous drum riff and a blood curling atmosphere that would remind us of some Japanese horror movies Ricky admitted to be very fond of. Perhaps one of his many inspirations…

As mentioned above, recent productions sport more of a metal genre that turns away from the Black Metal vibes of their debut, and seems to focus on a less burst sound. The single “Strange Aeons” (once again a direct reference to “The Myth Of Chtulhu”) released in 2018 is a good example, with an excellent eponymous classic metal face A. “Dirge of Baldr”, from the same single, sounds very different with an electro-pop instrumental. The main track of their excellent single “Dawnslayer” perhaps indicates an inspiration from Babymetal and their famous song “Akatsuki”.

The title “Psychopomp”, which has its own music video, can suprise the viewers by the location of its filming set. It has been filmed in Aokigahara forest, located near Tokyo, sadly known as “the forest of suicides”, and one the gloomiest places in the world, but somehow perfectly fitting the Necroma universe.

Necronomidol is a group that loves travelling and having a foreign producer maybe has something to do with it. Among their latest destinations: New Caledonia, Thailand, USA, France and more recently finally the Netherlands. They will hold lives in USA in November, touring with Oyasumi Hologram and Toriena.
The american group of idols fans “Slope Club” had the opportunity to let the members pass a rather funny english test.

Although Necronomidol is not a group that aims to become as mainstream as some idol acts, we sure hope they still have many fruitful years ahead of them. They have yet to make us rediscover all the different faces of Metal, and maybe new gems are waiting to be heard in their next album. Called “VOIDHYMN”, it is scheduled for release on September 29th, 2018.
A Patreon page is available if you wish to support them financially, starting at $3 per month with different rewards. 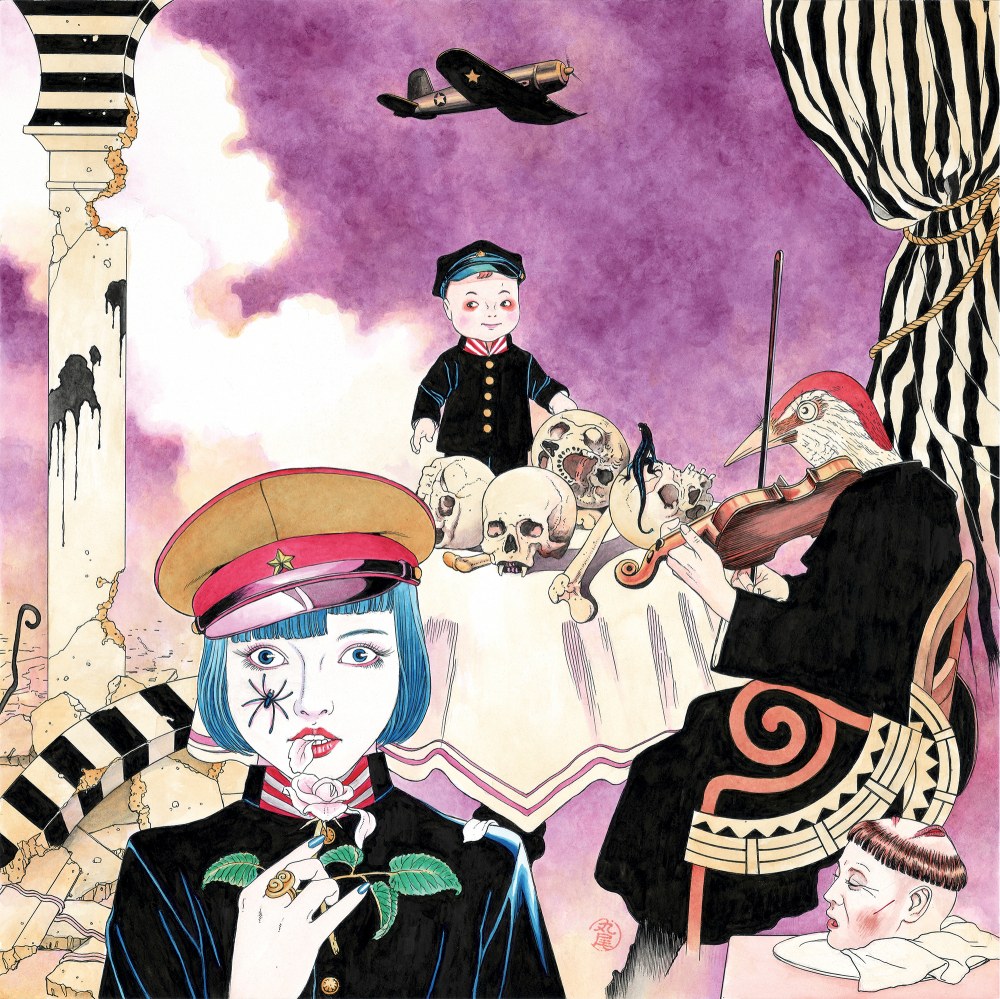