You’ll Melt More! returned to Zepp Diver City Tokyo on October 10, 2021 to commemorate the release of their new mini album “DELIVERY LIFESAVERS ~ You’ll Melt More! wo Tomenaide~” and the graduations of members Kechon and Chiffon. It was an evening overflowing with emotion and remembrance for the 2 members who had pulled the group along for much of its 9 year history.

You’ll Melt More! exploded onto the stage accompanied by the pulsating synthesizers of “Yuru Toro” pumping their fists in sync with the waving penlights shining out from the venue floor and balcony. Blasting into “Kyokutou 47 no Machi” and “Surpriser!” the mood was festive with the audience dancing along in front of their seats as Chiffon shouted out encouragement. Picking up the pace with the aggressive ska-core of “WOW WOW WAR ~Ska Chanpon Saisho Sensen~” the first course closed out with “Reiwa Wonder”. 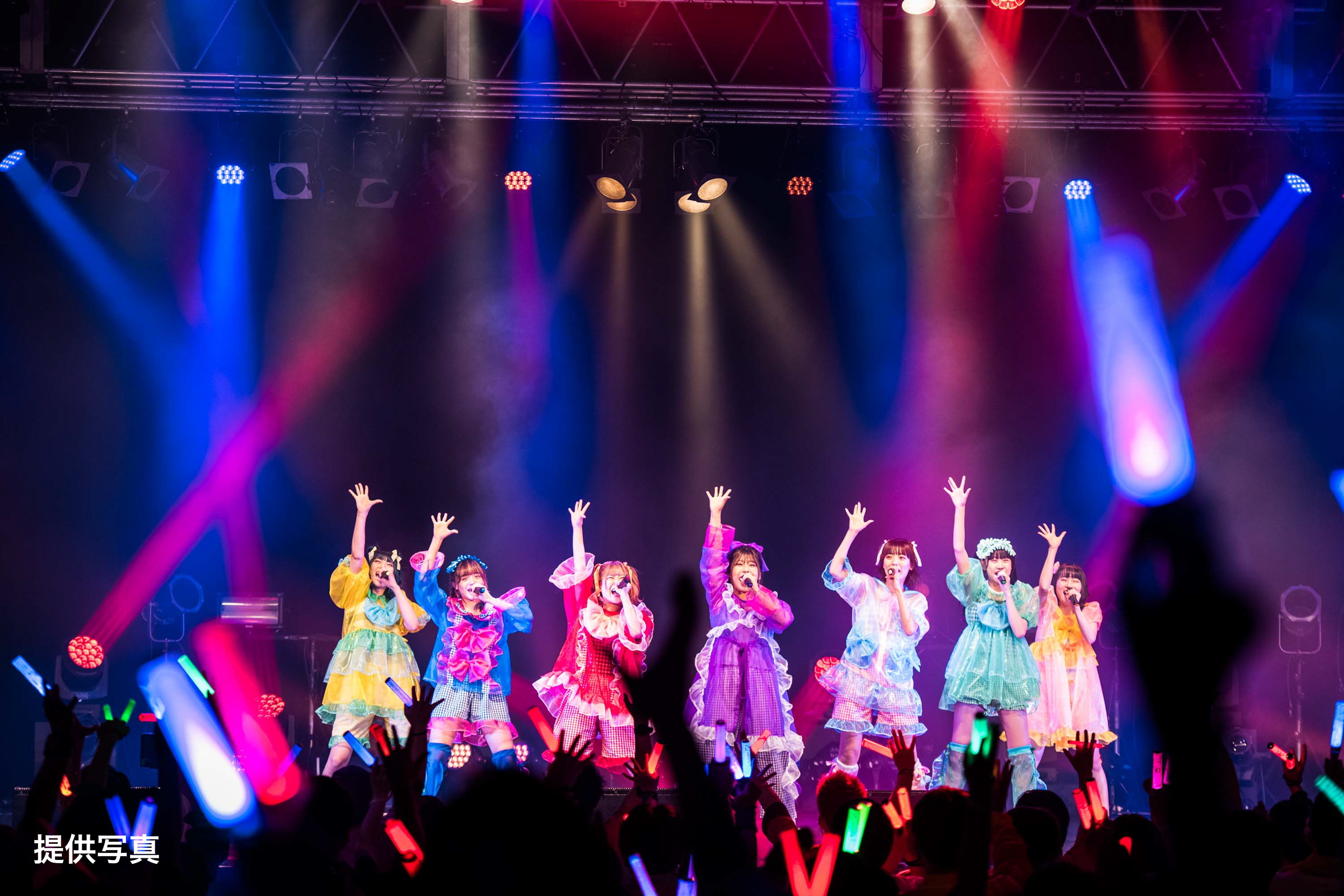 Stopping to greet their fans, Chiffon commented how it was You’ll Melt More!’s first time at Zepp Diver City with the 7-member lineup, to which Nani replied that it would also be their last. When the new members were asked how they felt, Matsuri shared how she had been in the audience the previous year and took a cheki too.

The second course opened with “DELIVERY LIFESAVERS ~ You’ll Melt More! wo Tomenaide~”, the members waving their arms and leading the audience along. An additional serving of ska arrived with “Sayonara Sekai” followed up by a shift in tempo to “Eien no Shunkan” and swinging to a close on the rumbling rhythms of “Gachagaki”. 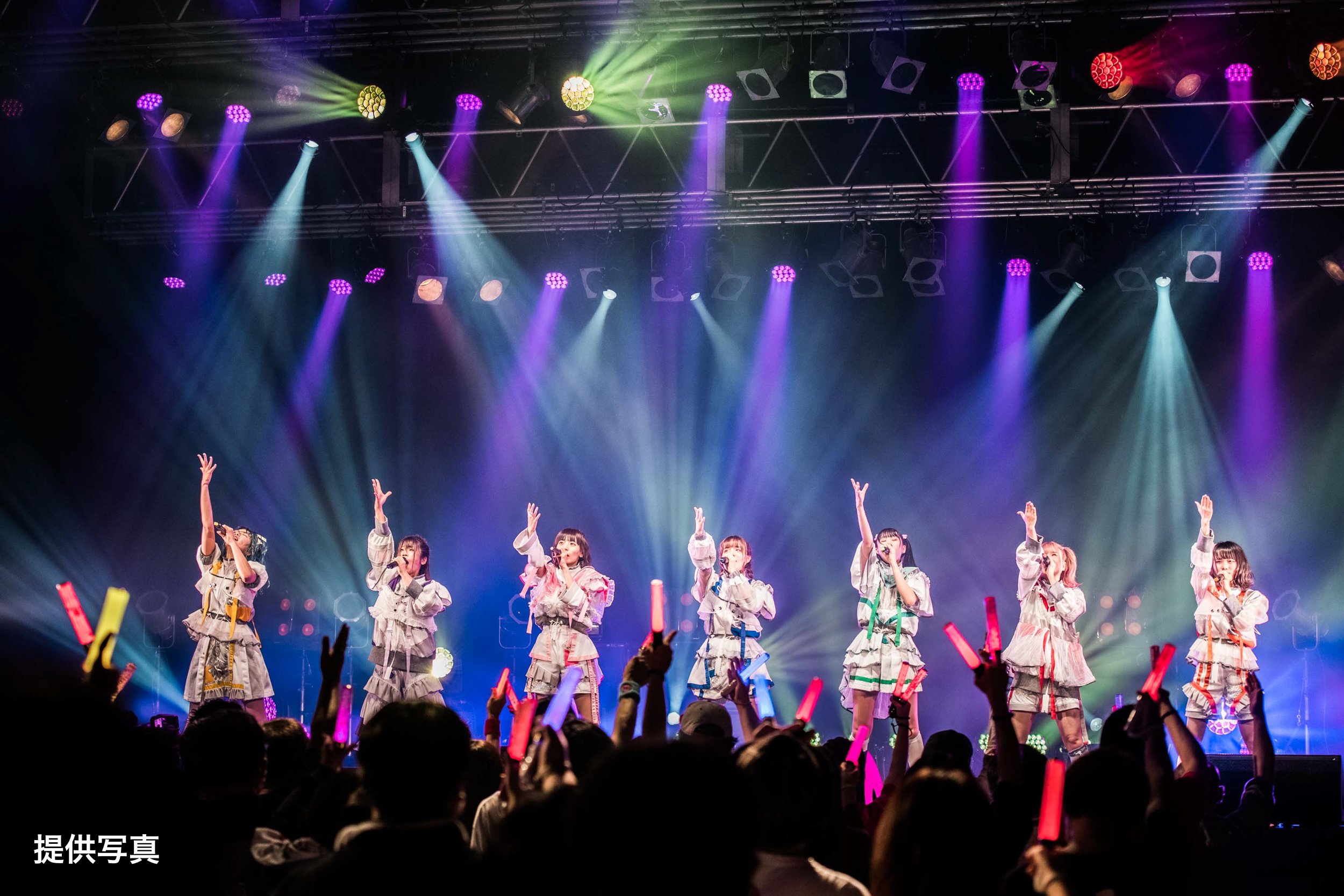 A short video played on a screen at the back of the stage, displaying images of the members and footage from the Osaka and Nagoya stops from the tour. Sirens blared and red lights flashed as the You’ll Melt More! returned to the stage in white outfits accented with their colors, launching into “Kinkyuu Hinan Sokuhou”. The sonic barrage continued with the unleashing of “Hamidasumo!” which spiraled into “NEW WAVE STAR”, fans and group members unified as they slapped the air and swayed to the thick tribal rhythms. Storming into “You to Piazza” accompanied by banging heads and swinging towels, You’ll Melt More! wrapped up the third course with an extra spicy portion of “Music, 3-4-pun de Owacchimau yo ne”.

Pausing to allow the fans and themselves catch their breath, the members of You’ll Melt More! took several commemorative photos, Nani shouting for Chiffon and Kechon to not quit during one of the shots. This was followed by a brief introduction of the various merchandise from the tour. The slippery synthesizer jabs of “Watashi e” filled the venue, members emerging from and disappearing into the darkness to sing their lines, Kechon and Chiffon met by waves of purple and red lights as they took their solos. Another piercing reminder of the impending departure bubbled up with “Watashi no Hanashi, Korede Oshimai” and the image of Kechon and Chiffon sitting back-to-back at center stage trading the opening lines of “Iya dakedo”. With each successive verse and chorus, the emotions intensified, sadness boiling over into aggression with the energy exploding throughout “Only You”. Countering with the upbeat mood of “(Jokin 99.9) de, mata Aou” and its cheerful choreography, the main performance came to a close, punctuated by some additional humor when Chiffon made a mistake while offering up her parting message.

After a series of encore claps, Nani, Nerun, Heso, Matsuri, and Meari returned to the stage wearing the tour T-shirts, reassuring the audience that Kechon and Chiffon would be joining them momentarily, which they did. Chiffon laughed at her earlier mistake, followed by the usually stoic Kechon becoming emotional as she searched for the words to express her feelings about her 9 years in You’ll Melt More! and reminding the fans to keep supporting the group. Chiffon expressed that being in the group was a treasured time in her life, sharing her amazement at how far they had come, blinking away tears and passing the torch to the remaining members to continue the work they had started. 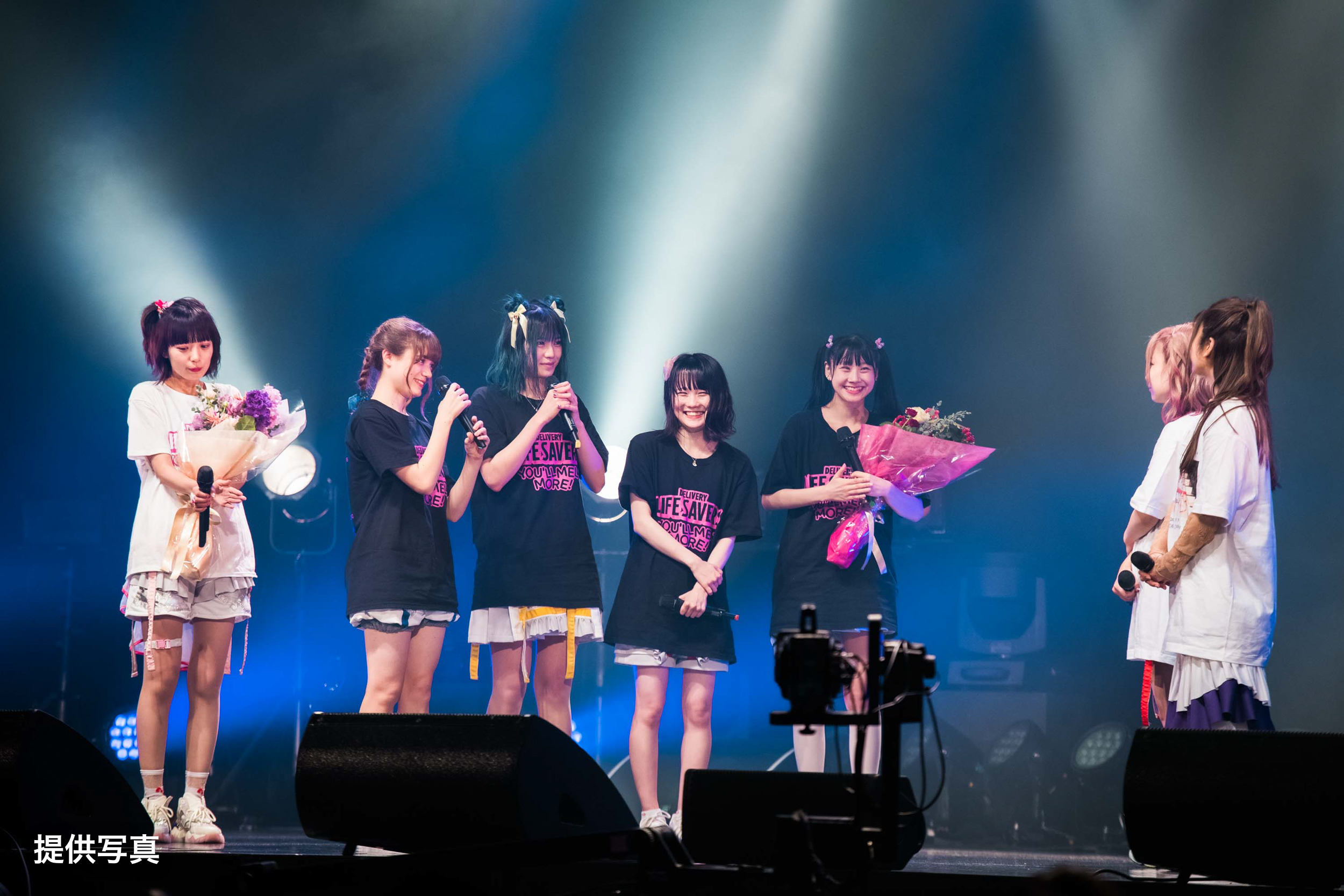 Waves of kechas crashed towards the stage as the encore began on a light breezy note with “Nigero!!” before sinking into the darkness of “Sayonara Baka-chan”, the members of You’ll Melt More! wiping away tears as they sang in unison at the front of the stage. Mid-song, Chiffon thanked the fans for loving her and Kechon, adding that things were just beginning for the remaining 5 members. Alluding to the impending departure of Kechon and Chiffon, the following song was “A! Sekai wa Hiroi Sugoi”, accompanied by a sea of waving hands and a chorus of silent voices singing along. Addressing the crowd and taking their bows, You’ll Melt More! left the stage. 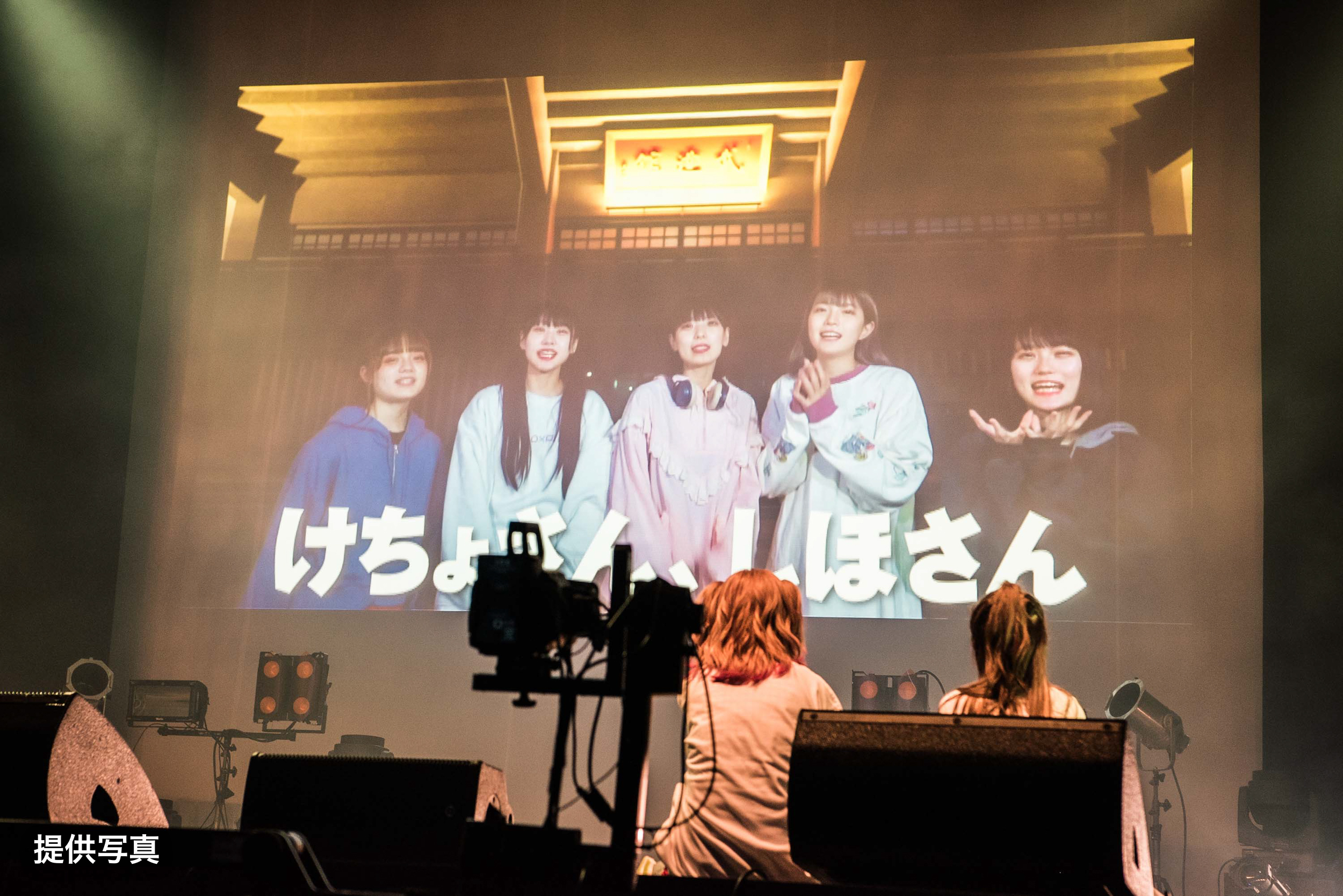 With the house lights lowering, another series of encore claps began. Just as the second encore was about to begin, Nani revealed a surprise for Chiffon and Kechon, a video documenting places around Tokyo from their history as members of You’ll Melt More!, from the Akihabara sidewalk where they were scouted to music video filming locations and venues where landmark concerts were held. The trip down memory lane concluded on an emotional note as Nani, Nerun, Heso, Matsuri, and Meari stood in front of Nippon Budokan, promising that they would perform there. As the members took turns sharing their remarks, Nani admitted that she didn’t want people to feel like the group was no longer You’ll Melt More! with the graduations of Kechon and Chiffon, and encouraged the skeptics to see for themselves how it will evolve. 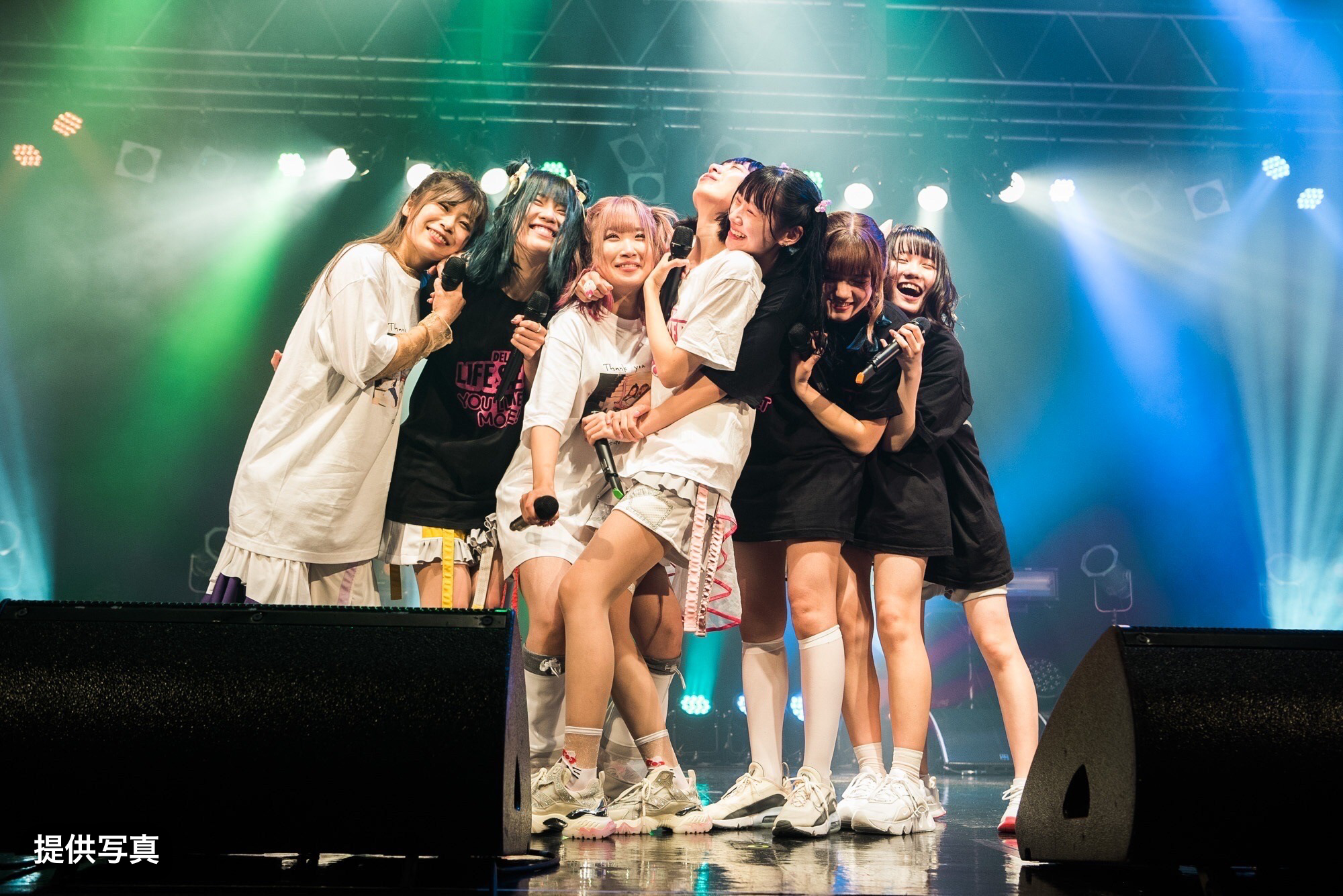 Jumping into “Nigenai!!”, the members marched across the stage with hands raised high and swinging overhead to the thumping rhythms. Up next was the bright and sparkly “Refresh Your Jewellery Box” which concluded with a big group hug at center stage. The final song of the evening was longtime closer and fan-favorite “Natsu on Blue”, sending the crowd into a socially-distanced dance frenzy as the members ran around with giant inflatable pool toys.

With the passing of their 9th anniversary in October of 2021, You’ll Melt More! embark on a new path in their journey. While the “ingredients” may have changed, the general “recipe” and feeling making up You’ll Melt More! has not. Equipped with a distinctive look, eclectic range of musical influences, and indomitable fighting spirit, You’ll Melt More! remains a group to keep an eye on. 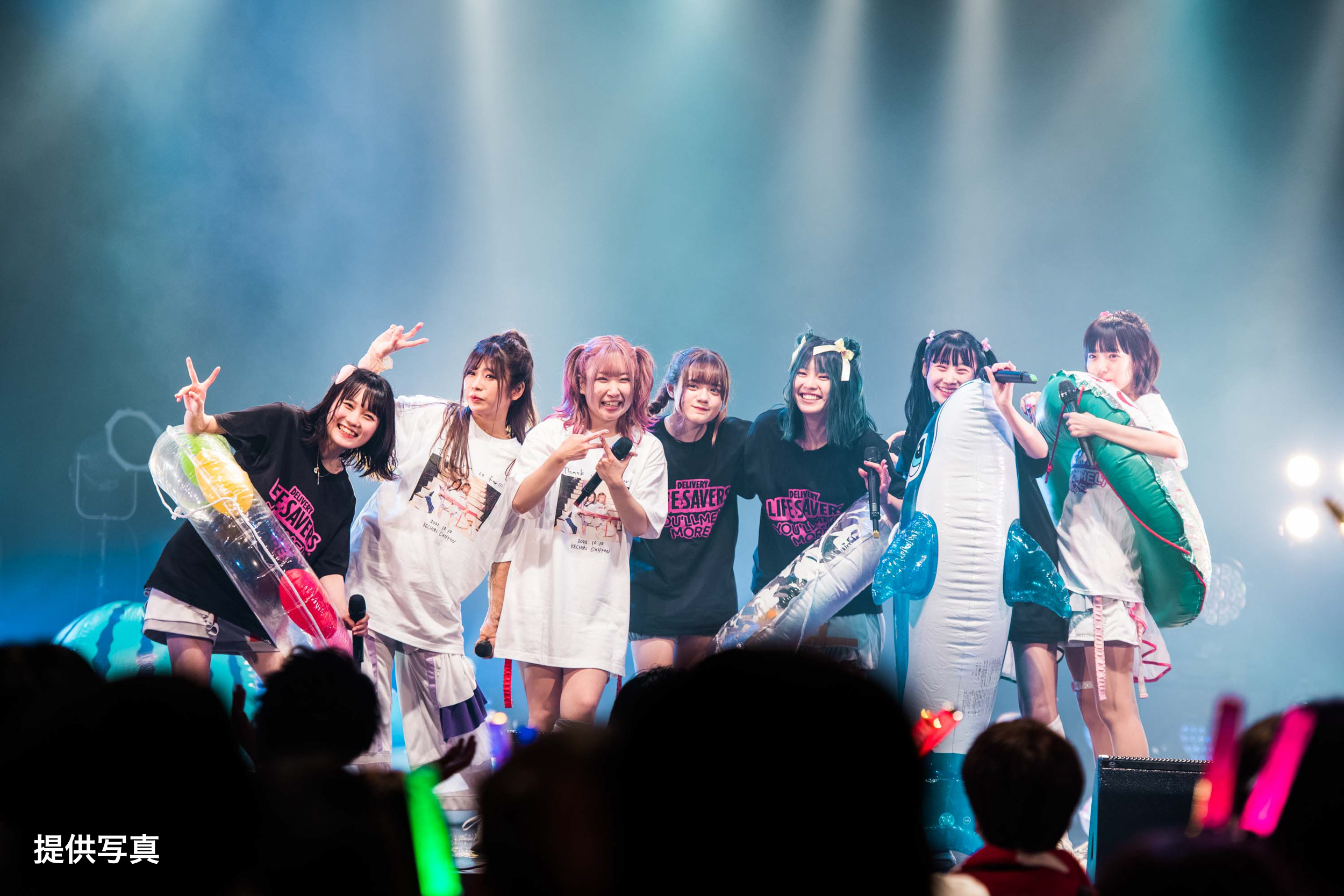