On November 27th 2015, on the stage of Nippon Budoukan, Idoling!!! had held their last live, ending 10 years of cheerful and goofy idol activities. Or so everyone thought…

Some members had appeared at Tokyo Idol Festival for previous editions as part of MAINTENANCE or on Snack Umeko, a show held every day of the TIF Info Centre. Kawamura Umeko and Sakai Hitomi had showed up at TIF for 10 years in a row. Other members like Tonooka Erika had not appeared on stage for the past 4 years. Luckily for Tokyo Idol Festival’s 10th Anniversary, the group was revived from its ashes just for one and only one performance. 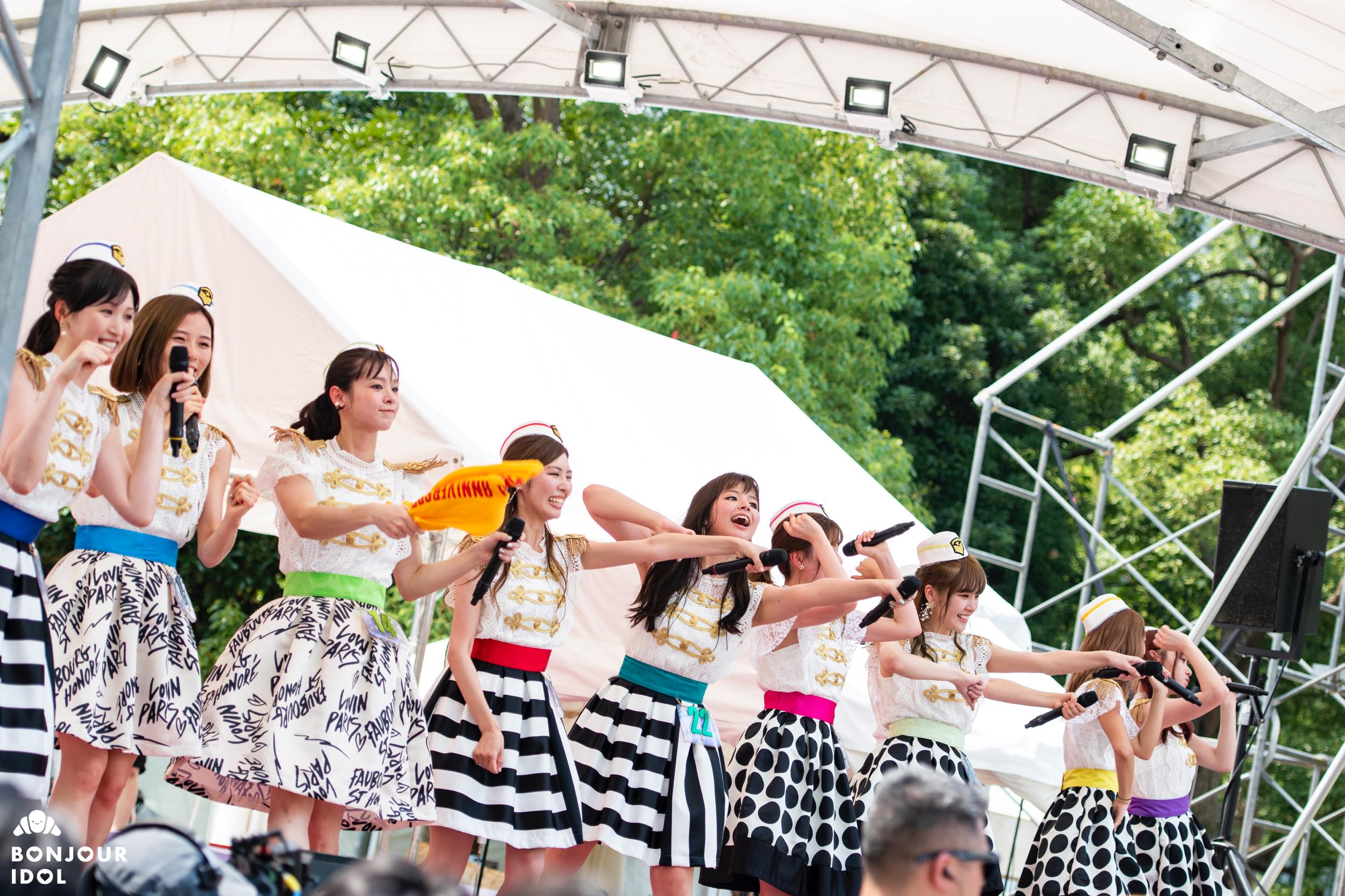 After one song, the first MC came. The members introduced themselves one by one sharing their memories of previous TIF editions. The following song “Summer Lion” fired up the crowd. The members took a small break right after to raise a toast – except with water! – with the crowd. It is hard to know if it was because of the heat or, quoting, “our lack of activities for the past 4 years” that made the audience so cheerful. Yurika did note that quite a few fans were wearing Idoling!!!’s numbered t-shirts. Erika told them to cherish these t-shirts, while members were getting into formation for “MAMORE!!!”. 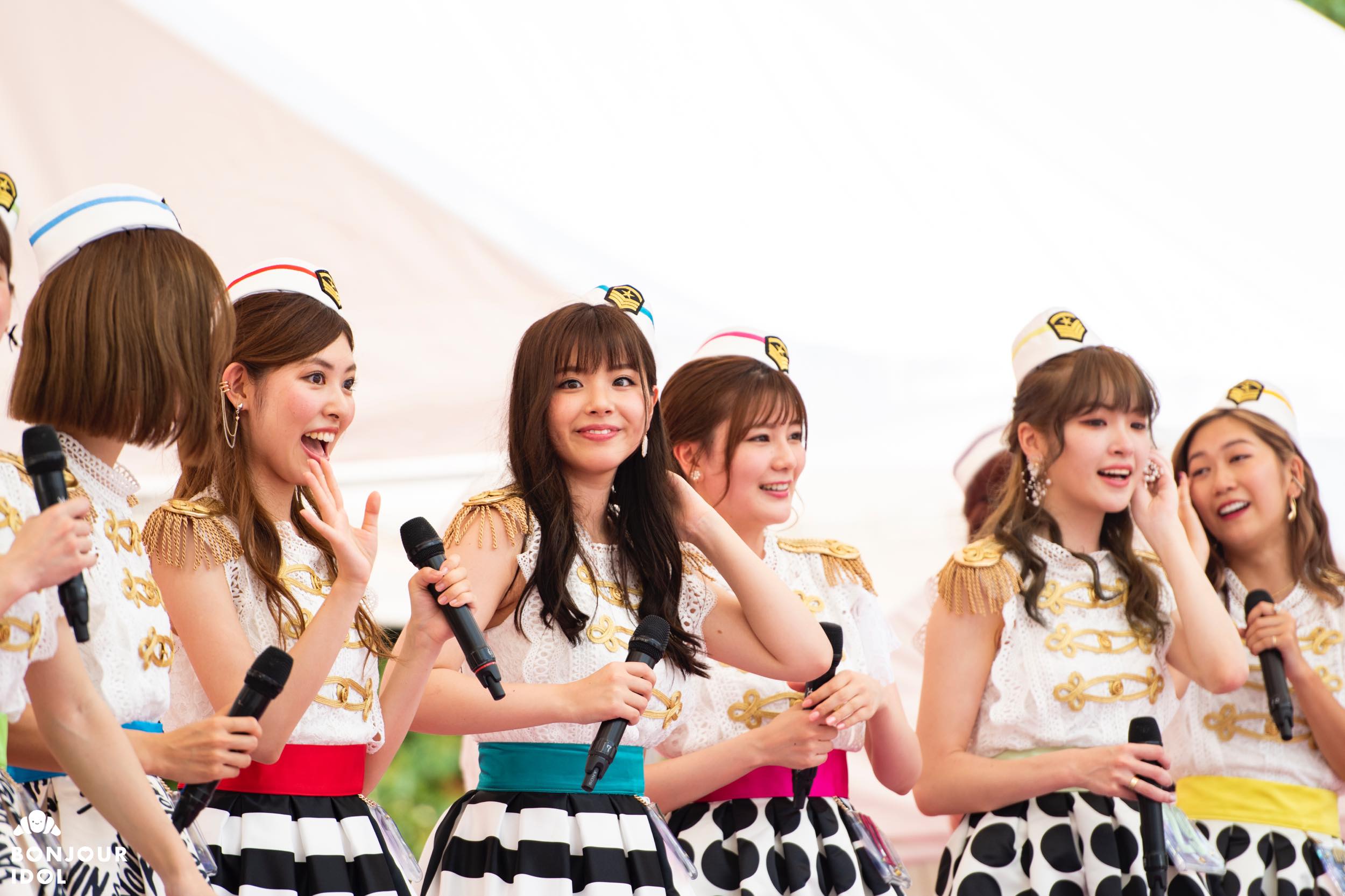 The next MC was the chance to talk about the brand new outfits that the members were wearing that day. Nao noted that “they looked somewhat expensive” and Kurumi added that “the skirts of the members with the longest tenure had English words written on them”. The members had another glass of water with the crowd before “Yarakai Heart” performance.

There was another MC to allow the members to share their thoughts about the performance so far. Rena, who was part of Magical Punchline until 2018, still had trouble keeping up. Being an idol remains a gratifying job despite the hardships, and the song “Shokugyo: Idol” (Occupation: Idol) pays a great tribute to this status. The song has been sung by idols at every single closing stage of Tokyo Idol Festival, and it was now the turn of Idoling!!!’s performance to reach its end. 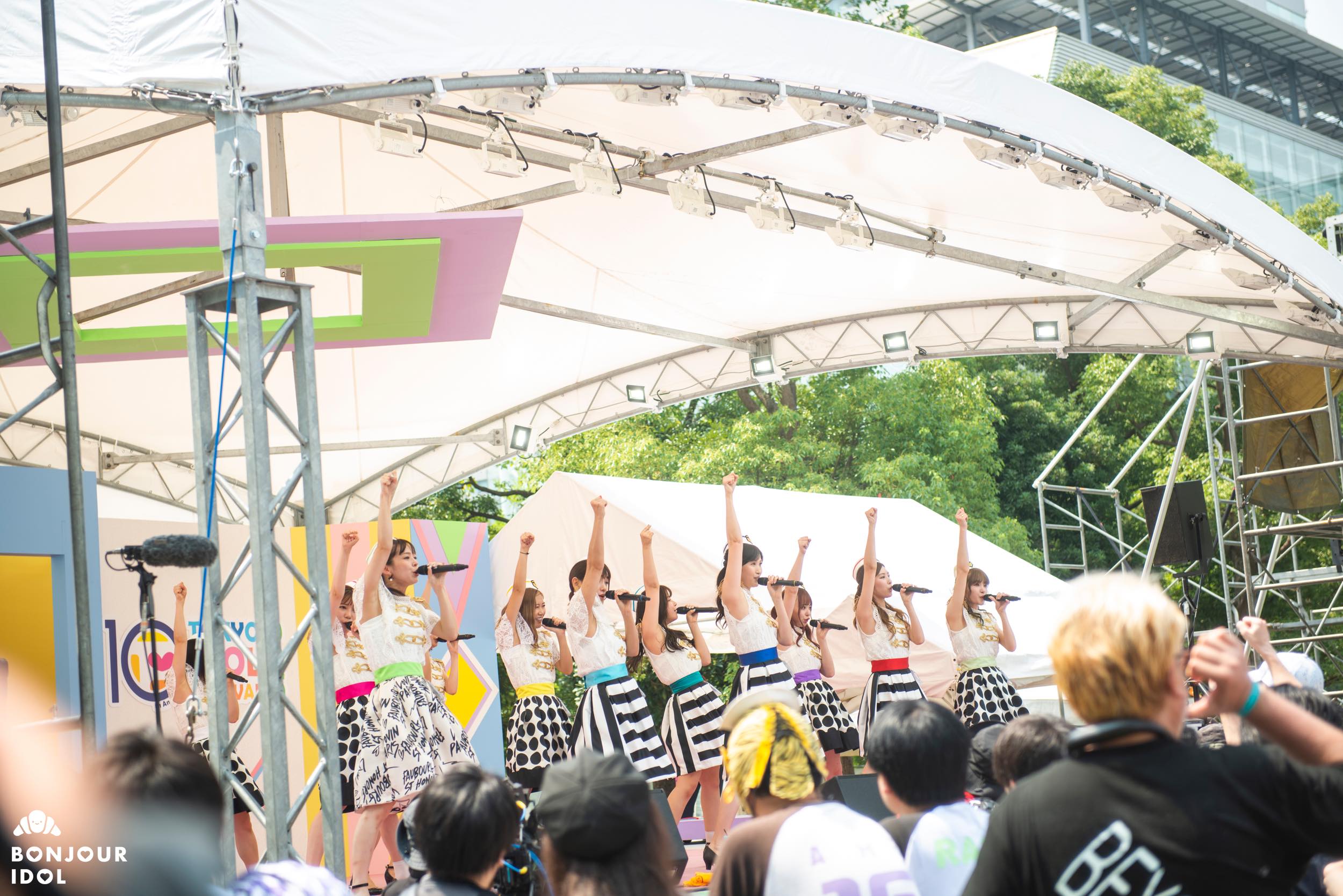 Surprising the Idoling!!! members and the crowd, Morimoto Sayaka, one of Idoling!!!’s ex-TV show MC, came up on stage to sing along. This one-time performance lasted for 38 minutes and 5 songs. The members stayed true to Idoling!!!’s reputation: “a group whose MCs last longer than their singing”.

On March 2020, the 5th anniversary reunion of Idoling!!! has been confirmed. Baka-Rhythm, Idoling!!!’s ex-TV show MC, wishes to record the reunion live as part of his TV show on November, 30th 2020. Asahi Nao will host a special segment on the show, visiting a former member of the group every month until the anniversary. Fans will still be able to enjoy Idoling!!!’s goofiness despite the graduation of all their idols.

Photos by Nathan and Brice
Article by Anthony