For the past two decades idol culture has slowly but surely seeped into Japanese society. Among the baseball, manga and literature clubs, now idol clubs have started to pop out.
The members might not wish to become full-fledged idols but how about just once? Could they shine as bright as their idols?

Here comes UNIDOL. Standing for UNIversity iDOL, for a night or performance, any university students may have the chance to become an idol. It is an idol cover competition which has been held twice a year with a summer and a winter editions since 2012. The selection rounds are organized in June and December in the Kyushu, the Kansai, the Tokai regions and Tokyo area which itself goes for three days. A revival round and the finals follow a couple of months later in August and February with dozens of rewards. Aside from the main competition, UNIDOL has also sprung out other side events: a Miss UNIDOL election, UNIDOL Fresh, a competition for first year students only, and the UNIDOL Graduation Concert to send off fourth year students graduating from their respective universities, therefore leaving their groups. 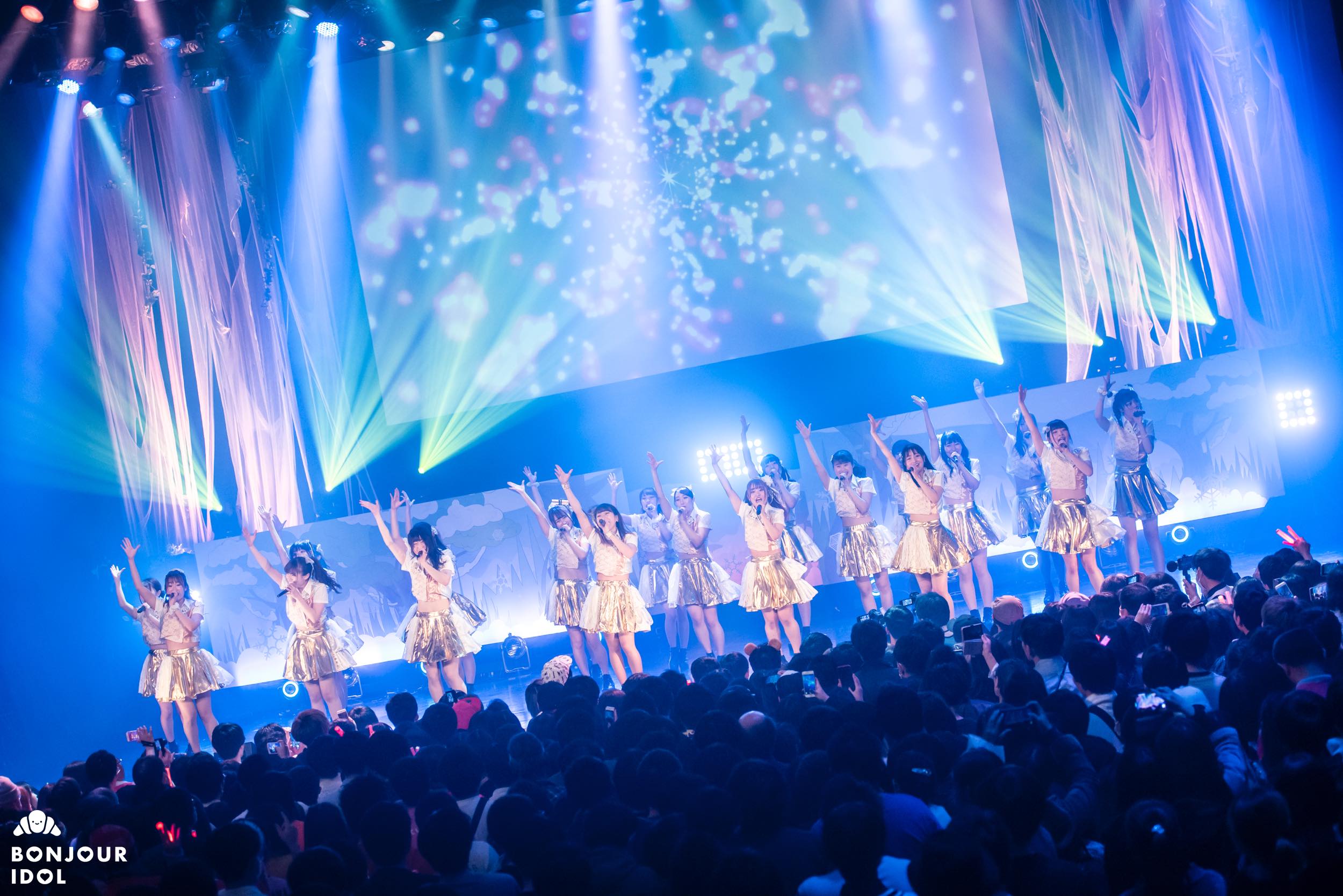 In the main competition the teams gather votes from the crowd as a proof of their capability to conquer otaku’s hearts. The highest hurdle is the panel of judges, made of professionals from the idol industry who score the teams’ dancing skill, expression, personality, production, and appeal.

For UNIDOL Winter 2019-2020, the judges were Makino Anna, Nishida Issei, Inagi Tatsuya and Tsurumi Itaru. All of them have worked for the biggest names in the idol industry. Makino Anna has worked on the choreography of AKB48’s “Heavy Rotation”, SKE48’s “Pareo wa Emerald”, and more. Nishida Issei was in charge of multiple music videos for NMB48 and Buono!. Inagi Tatsuya is the COO of ASOBISYSTEM, a company that promotes artists like Kyary Pamyu Pamyu and Capsule. Tsurumi Itaru was the creative director for several singles of Team Syachihoko, but also for the much awarded “Negaigoto wo Mochigusare” by AKB48, and copywriter for the Mouse ads which featured Nogizaka46.
But is a show made by students with half a foot into adulthood worth the time of such big names of the idol industry? 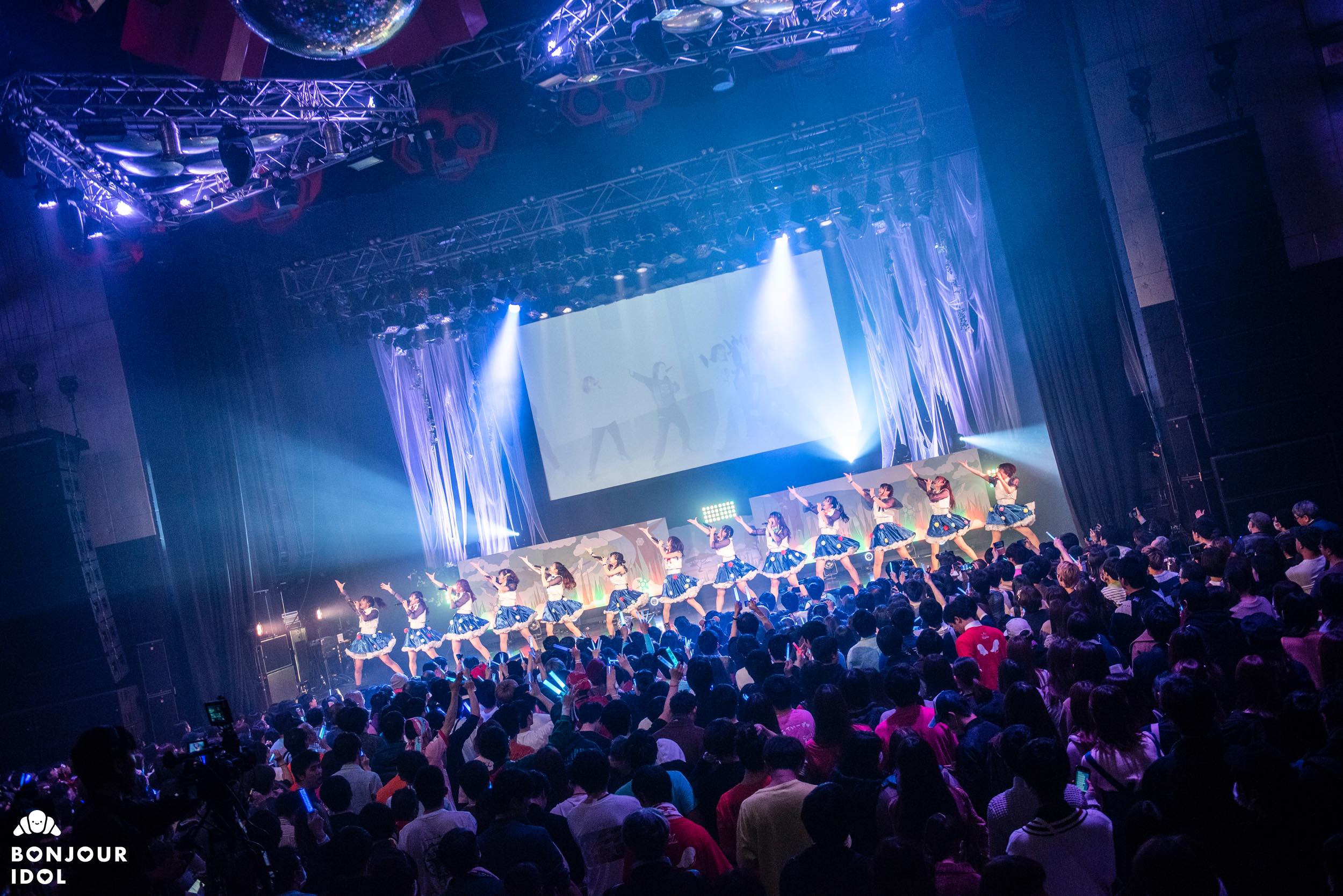 February, 13th 2020. Shin-Kiba Studio Coast. 4pm.
The atmosphere is heavy. The crowd has dispersed. Earlier in the afternoon, 25 teams took part in the revival competition. It was their last chance to enter the finals. Three teams were selected: Sayonara Moratorium from Keio University, Like from J.F. Oberlin University and kimowota☆7 from Hosei University. They will be competing against the 14 teams who came up on top at the selection phases in December: 9 teams from the Tokyo area, 2 from the Kansai region and 1 from each Tokai, Kyushu and Hokkaido regions.

Each group is given 8 minutes to perform. The first groups take turn to perform on stage. The girls wear self-designed costumes and some even find the time to change while performing famous Idol songs. Seijo Kanojo for example started up their performance with Last Idol’s “Seishun Train”, followed by AKB48’s “Oogoe Diamond” while on the screen at their backs the MV starts. A closer look at it and one can see it is actually the Seijo Kanojo members themselves, reenacting AKB48’s MV. For their last song, the girls chose ZOC’s “ZOC Jukkenshitsu”. As the songs goes on, the word 殺す (kill) start resounding around and filling the back screen. The members are staggering to gather at the center of the stage. Once gathered, the noises stop seemingly ending the performance however it is the shout to live (生きろ) of their sub-leader that put a closing to their show.

7 groups have been up on stage. The back screen now plays a video introducing the first secret guest of the day: BEYOOOOONDS. The crowd goes wild with the announcement. The members of the UNIDOL groups have also come out to watch the performance. The first song starts. The fans recognize “Megane no Otoko no Ko”, one of BEYOOOOONDS’ songs featured in their debut triple A-side single back in August 2019. It was also performed at the 61st Japan Record Awards where the group received the “Best New Artist” award. Two more songs follow and the girls leave the stage under thunderous applauds.

It is time for the second part of the competition to start. Groups like Hito no Kane de Sushi wo tabetai (“I want to eat sushi with people’s money”) and chocolat lumière (French for “chocolate” and “light”) appear on stage. NagoMusume chose an upbeat setlist with BiSH’s “stereo future”, FES☆TIVE’s “OIDEMASE 〜gokuraku〜” and Cheeky Parade’s “M.O.N.ST@R”.

A short MC gives some breath to the crowd before moving onto the last part of the competition. It gathers the groups who ranked first in the Kansai and Kanto regions and the first of the revival competition.

Prismile from Waseda University chokes everyone by only performing princess-like ballads. That gutsy move will later reward them 2nd place in the judges’ ranking.
SPH mellmuse from Sophia University, and two times UNIDOL winner, is eagerly aiming for a third success. Like a 48 group’s stage, the performance starts with group units and goes on with seamless transitions. For the fourth and last song, all 22 members came up on stage and gave a lively conclusion winning them the 2nd place in the crowd ranking.
Tomboys☆ from Toyo University, winner of the last two editions, did not coward this time either. All 26 members were on stage from beginning to end. The mesmerizing performance looked very similar to a Japanese precision walking drill. And their last song, Morning Musume’s “Mikan”, felt like a Hello!Project Summer Tour grand finale.

All groups have performed and the votes need to be tallied. In the mean time, the second secret guest is introduced. A blurry picture of a train station can be seen. The crowd recognizing the one and only train station is ecstatic. Sure enough, AKB48 Team Fresh comes up on stage. The legendary group performs well-known songs like “Oogoe Diamond” and “Iiwake Maybe”. The crowd awakes once the girls leave and the reward ceremony is about to start.

One thing is certain, the party was beautiful. Students live up to their idols, and where their experience and status is lacking, they make it up greatly with energy and shining passion. For idol genre enthusiasts, it was a night full of legendary tracks that everyone loves. For Bonjour Idol, while we were complete beginners on the topic of UNIDOL before, this one and only day was enough to get us charmed, and we wish UNIDOL and its members a sparkling future!

Photos by Nathan
Article by Anthony, translated to French by Melody