This series of reports about Japan Expo Thailand 2020 ends with more idols! Idols mean music, but also culture and travel, as groups like akishibu project, which combines the styles of Akihabara and Shibuya, or BANZAI JAPAN, which represents all the Japanese prefectures! 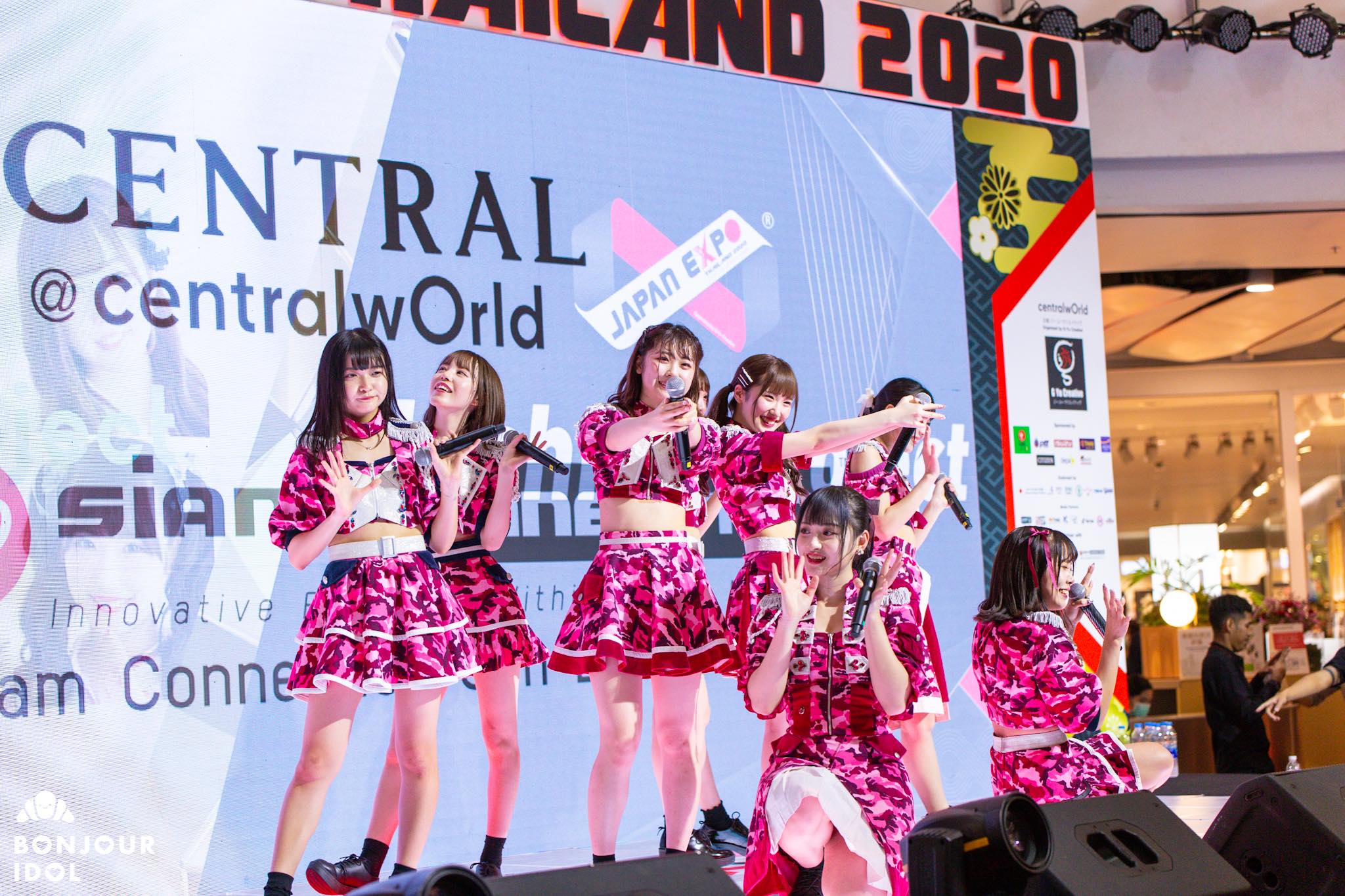 The eight members of akishibu project were present on the weekend of February 1st and 2nd in Bangkok for 4 concerts and 4 sessions of meet and greet. This was not their first time in Thailand for concerts and conventions, so this is an opportunity for them to meet all their South-East Asian fans who were waiting for their return. The girls were able to bring out the few sentences of Thai kept in their memory much to the delight of their local fans. The group can also count on Fukuyama Rino to handle the MCs in English. A nice bonus for fans who don’t speak Japanese ; they can rely directly on a member of the group to communicate in the universal language. No more excuses not to come and see them live! 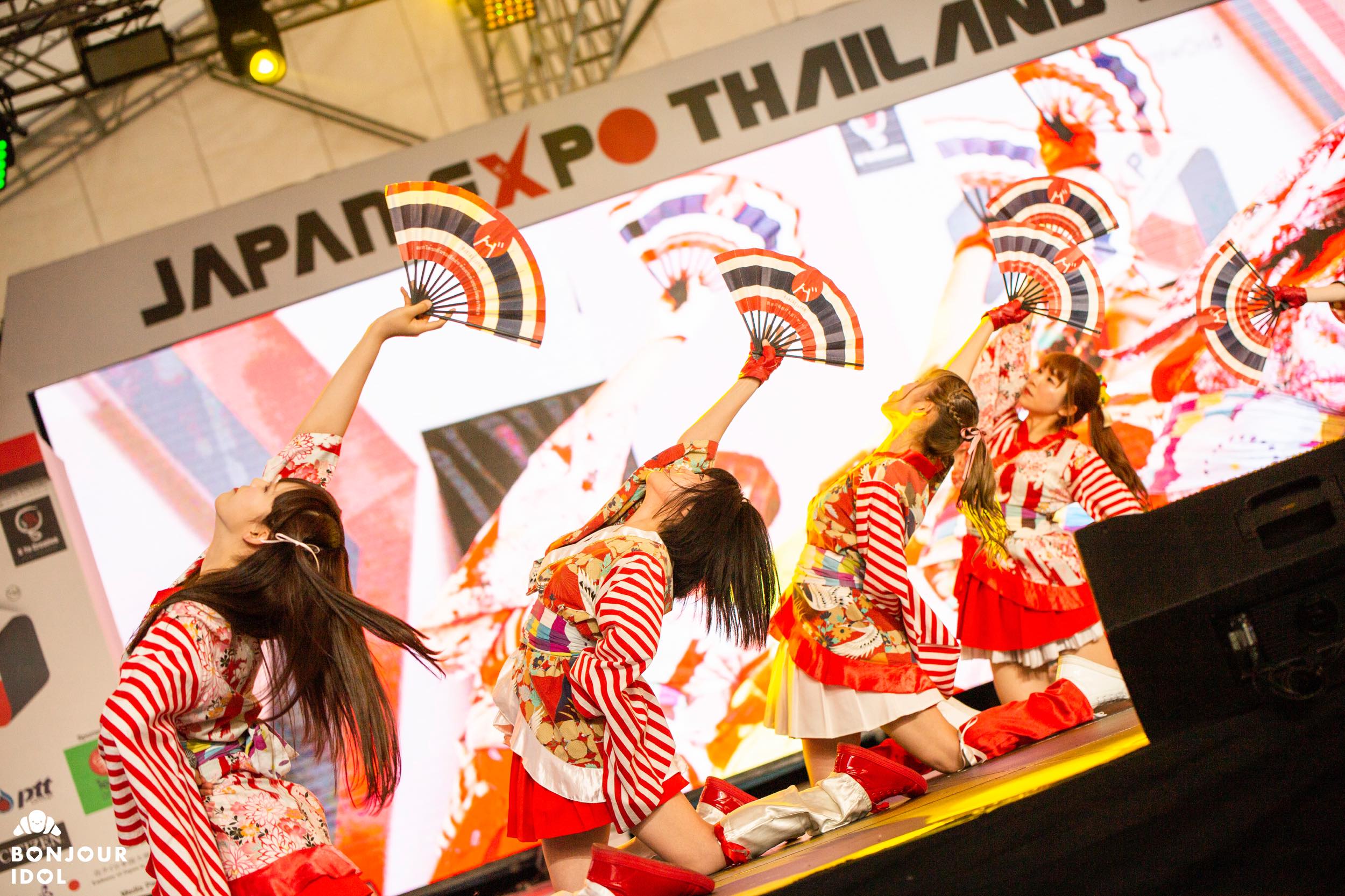 BANZAI JAPAN came to promote the charm of Japanese culture with their beautiful traditional kimono and folding fans, printed with the colors of the Thai flag. Even if the girls don’t speak fluent English like the previously mentioned group, they had no trouble conveying their energy and passion through their performances on stage. The dynamic choreography accompanies their music mixing both traditional Japanese sounds and pop-rock tones. They did not fail to catch the attention of the curious visitors walking around, while wotas were dancing and jumping all around.

If one day you have the opportunity to go to a convention in Thailand, the experience is definitely worth it! You’ll soon feel like you’re partying with a bunch of friends. Everyone shares the same passion and the fans will be delighted to have you as part of the crowd to support and cheer your oshi!