Around two thousands fans gathered in the iconic Nakano Sunplaza hall on November 23rd to celebrate the grand finale of Task have Fun’s Anytime Tasks 2019 tour. The trio successfully wrapped up a national tour that took them across the country, happily fulfilling tasks in ten different venues.

The curtain rose on a gigantic and colorful LED-lit triangle on stage, the members’ faces on the screen in the decor, as the introduction music rang in the theater. At the base of this pyramid, three doors painted with each of the members’ names opened to let Satonaka Natsuki, Kumazawa Fuuka and Shiraoka Kyoka walk on stage. Sprays of CO2 skyrocketed the first song of the night and first single for the group, “TASK”.

The concert followed its course, and the three idols performed “Love Glitter”, “Heya no Naka no Tenshi” and their latest single song “In the beautiful day” before taking a break to welcome their audience.
Task have Fun shows their wide repertoire, performing the swingy vibes of “Gensou Serenade”, the experimental journey of “D-A-S-H!! 〜Ikenai ko te kashira?”, then the classic idol pop tune “Zenkai! Teenage Riot!!” one after the other. Fireworks on stage exploded to launch in a very appropriate manner the guitar riffs of rock anthem “「Kime」 wa Rock You”.

A new break allowed the members to explain the concept for the next part. Because they only had one slot for one of their three solo songs, the fans got to choose thanks to a sound level meter! They were the loudest for Satonaka Natsuki, who then performed her solo song “Boku wa Magnet” from the platform on the stage. She was backed up by Fuuka and Kyoka dancing at the base of the pyramid, as the members were illuminated by emerald green lights reflected by the venue’s disco ball.

The following break was not the most common experience for the audience, as the members were teasing their fans about these much awaited new costumes. It was finally behind the three doors that let the members in that Task have Fun went to change outfits… while still chatting with their fans! Small windows on the doors allowed the audience to see their faces as their staff were busy helping them with the new costumes. While discussing their tour, the members talked about the songs they covered in some of their performances. Natsuki picked “Triangle Dreamer” from Niji no Conquistador as her favorite, while Kyoka chose AKB48‘s “Heart Gata Virus”. Fuuka picked Babyraids JAPAN‘s “Yoake Brand New Days”, as her groupmates went on to tease her, mentioning she probably had more fun performing that one song than most of their own original songs, making the entire audience laugh out loud.
Fifteen minutes passed by but it felt a lot faster: the three young ladies are very good at making the discussion fun and interesting by constantly joking and playing around, despite what the scene must have looked like to a foreign eye. Task have Fun ended this interlude by coming out of their changing rooms in their new costumes, with pure white poofy short skirts. 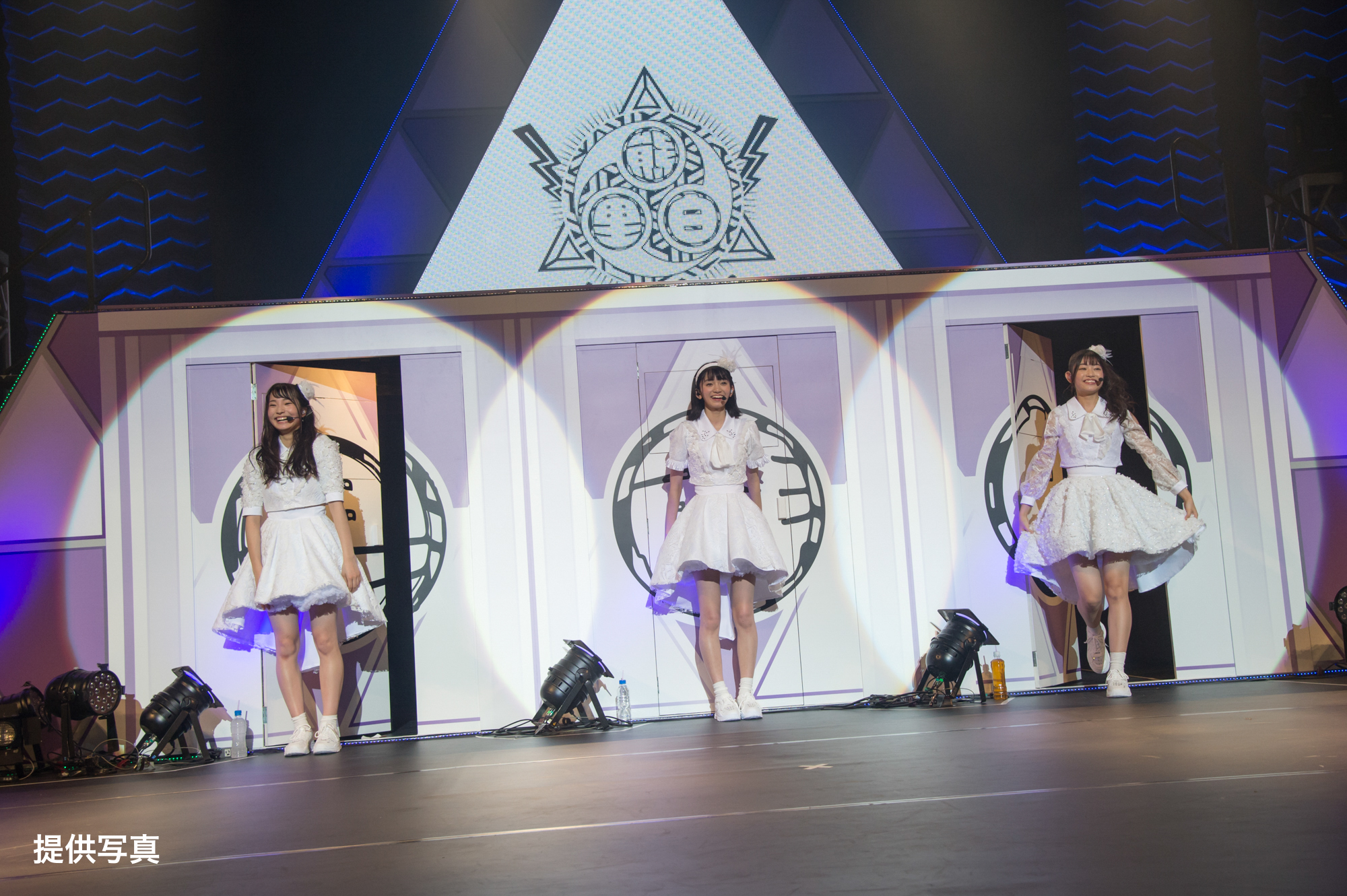 The next song was a brand new track, that, much to the audience’s surprise, did not have any title yet! It was only after performing it that the members randomly picked one lucky fan, winning the privilege to pick the official title out of a list of four potential ones decided by the members and their manager. They went for Kumazawa Fuuka’s title, “Hoshifuru WISH”!
The segment after that plunged the venue into a hushed and soft atmosphere with the sophisticated “Suisei no Stage”, then the nostalgic ballad “Gyakkou”, then “Marble Iro no Kimochi”.

The group’s managers then used a VTR to give a challenge to the members for this last part. Natsuki successfully completed the task by pulling out a sheet off a table with a cup without having the cup falling off, winning the right for the group to perform the full version of “Kedo Hanikami”!
The most popular songs of the group followed up, with “Gyutto, Chutto”, then “Kimi nandakara”. It was on the very last and most legendary Task have Fun song that dozens of dancers strutted on stage, turning “3WD” into “78WD”!

The encore call immediately started and the members showed up on stage for a few words to their audience. Natsuki was submerged by her emotions during her speech, having Fuuka bawling in tears before she could even pronounce a single word, making the fans laugh out loud. The three members countlessly thanked their fans but also expressed the love and respect they feel for each other, ending their speeches on a heartwarming group hug. 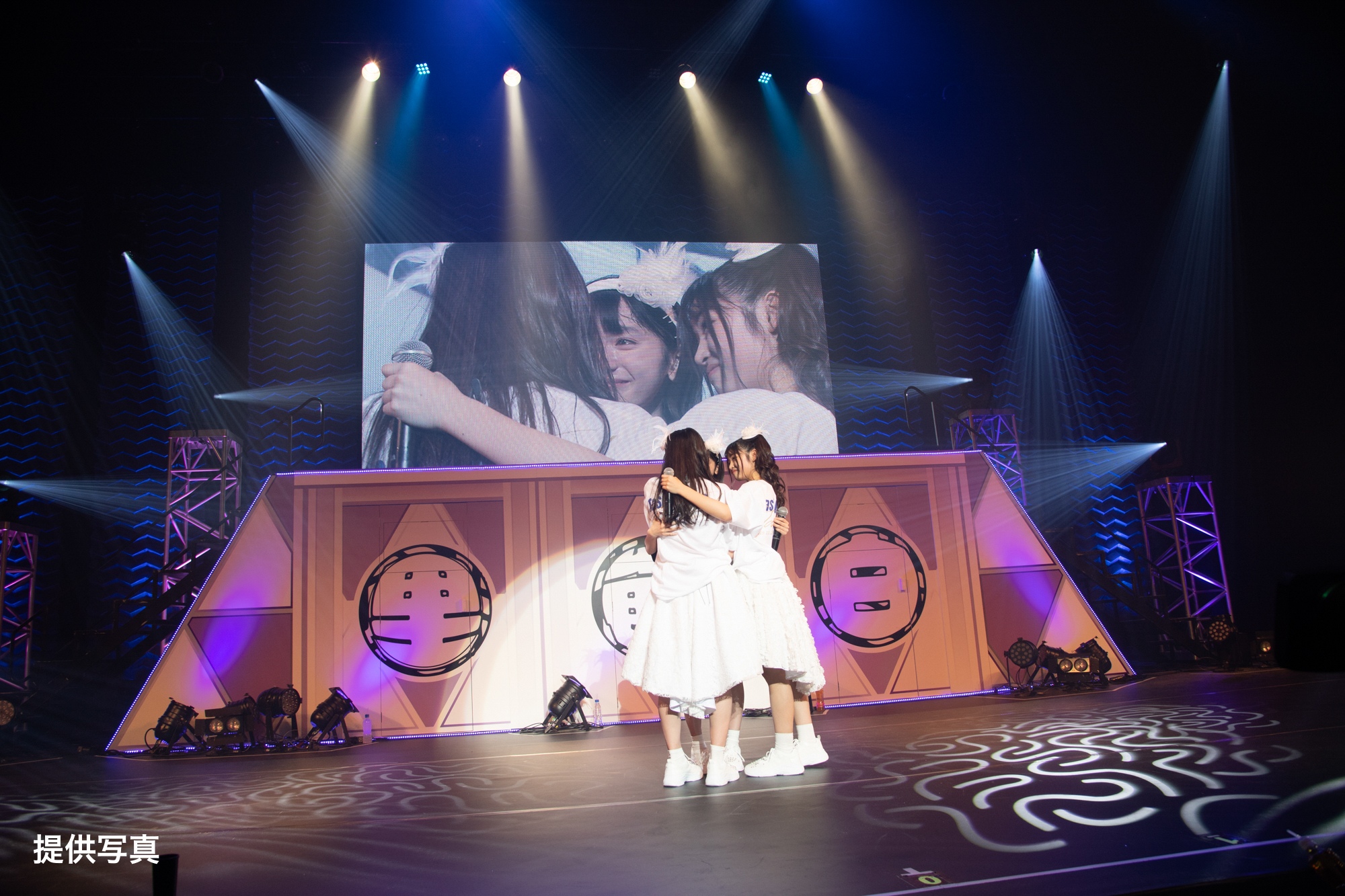 The transition was perfect for “Itsu datte kimi no soba de”, ending the concert on a second performance of “Kimi nandakara” backed up by their seventy dancers, then finally closing the loop with a second “TASK”.
Task have Fun keeps rising as a new tour was announced for Spring 2020, reaching new heights in a full live band set for their finale at Shibuya Tsutaya O-EAST on May 10th 2020.

After Japan Expo 2019 this last July, the group will also be back in France in a few months! You can come and watch Task have Fun perform for two showcases on the Ichigo stage in Marseille for Japan Expo Sud from February 28th to March 1st 2020. 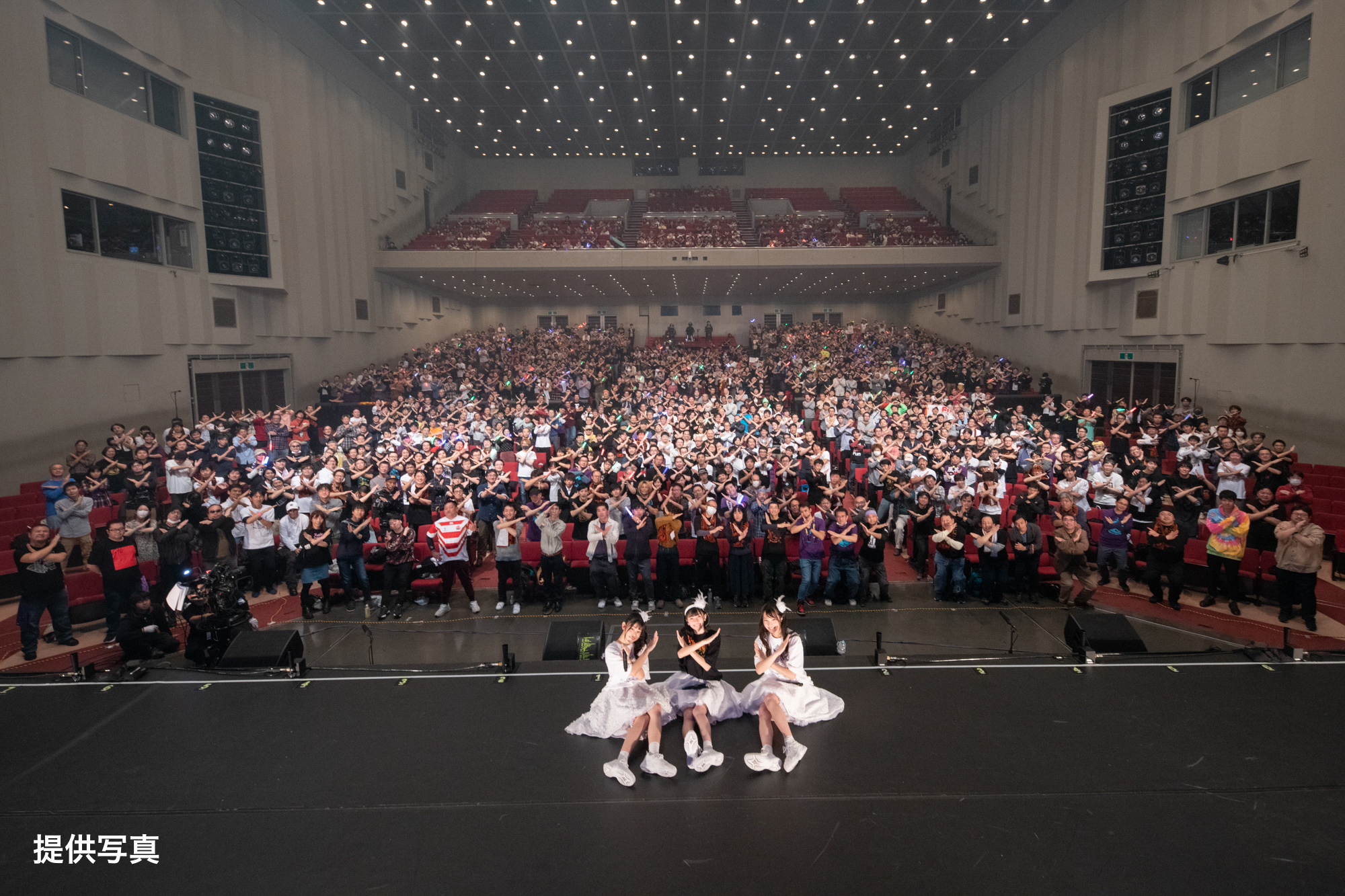 Task have fun
This site uses cookies in order to offer a better browsing experience: Find out more