It was on the final day of Tokyo Idol Festival that AKB48’s TIF2019 Senbatsu took the Hot Stage!

With strong AKB48 headliners such as Okada Nana, Kashiwagi Yuki, Mukaichi Mion or Murayama Yuiri, they all have displayed incredible energy thanks to a colorful setlist. Resonated in the venue, nostalgia hit singles such as “RIVER”, “Iiwake Maybe” or “Oogoe Diamond”, as well as less popular titles but still very appreciated such as “Love Shugyou”, “Seventeen” and even “Koibito Inai Senshuken”, from the recent mobile game “AKB48 Beat Carnival”.

With these nine songs, nine proofs that the current line-up of AKB48 can still impress the crowd, notably with a Mutou Tomu particularly in shape until the last second! 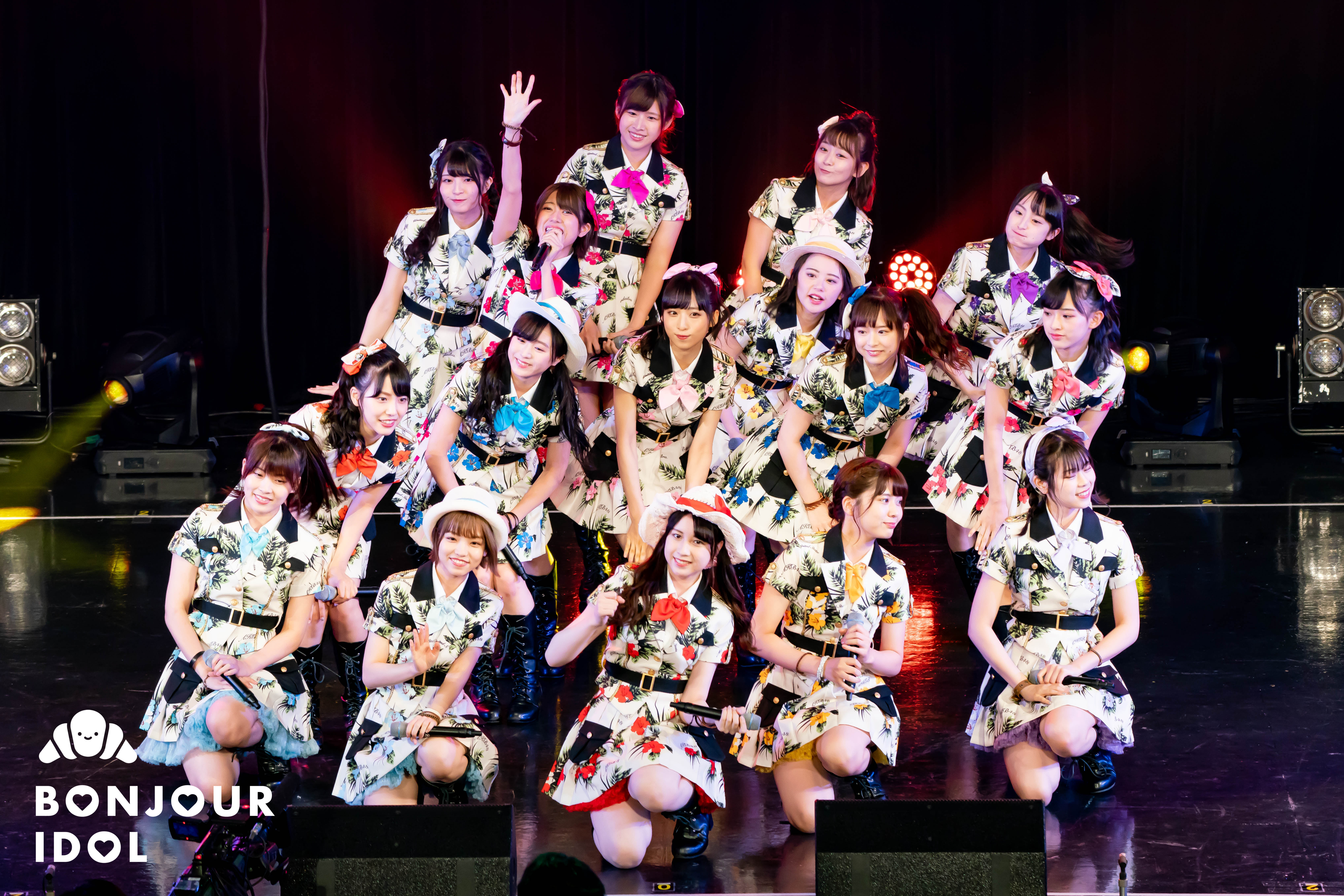 AKB48’s national unit was present at the Tokyo Idol Festival again this year!

Gathering 16 members on the Hot Stage on this first day, the young and energetic Team 8 had thirty minutes of performance during which no less than eight songs were performed. The setlist, exclusively composed of Team 8 titles, obviously listed their most iconic songs such as “47 suteki na machi e” and “Seifuku no Hane” led by Oguri Yui, the representative of Tokyo Prefecture. After watching their fans go crazy over their favorite songs, the performance finally ended with “Suki Da! Suki Da! Suki Da!”, a Team 8’s exclusive title from the latest AKB48 single “Sustainable”.

Note that this was the first appearance at the Tokyo Idol Festival for Kawahara Misaki, the representative of Saga Prefecture, who expressed her joy and how her dream to perform on one of the festival’s stages “became reality”.

The next day, a special unit from AKB48, called “AKB48 2029 Radio Fresh Senbatsu”, took their turn under the spotlight on the outdoor Smile Garden stage.

This special unit is a collaboration between Tokyo Idol Festival (which celebrates its 10th anniversary) and radio channel Nippon Broadcast. For that occasion, we took a trip to the future and got a sneek peak of what AKB48’s line-up could look like… in 2029! This temporary unit was made of their younger members who are currently still little known to the general public, even though some more popular faces were standing out, such as Hiwatashi Yui and Chiba Erii.

Photos by Ryan
Article by Brice