On this evening of September 12th, =LOVE celebrated their second anniversary at the iconic Nakano Sunplaza Hall in Tokyo. The 12 young girls expressed their gratefulness for these first two years of activities throughout a captivating concert, filled with surprises!

=LOVE’s little sister group ≠ME warmed up the venue with a dynamic and fresh first part, using the same setlist than during the “24 girls” event, with “≠ME” as their final greeting.
As the mood went up another notch, the lights faded once again and the real concert could start!

With a stage decor using a princess castle as a theme, the 12 members appeared on stage wearing brand new glittery outfits and opened the dance with “Buukatsu-chuu ni Me ga Au Natte Omottetanda”, “Aikatsu Happy End”, “Ima, Kono Fune ni Nore!” and “Want you! Want you!”, their 3rd single.
A wardrobe upgrade along with a short MC went by and 6 members interpreted “Kioku no Doko ka de” using the 2 floors of the shiny castle built on stage. Joined by their comrades, they ended this first corner with “Teokure Caution”, diving deep into a scarlet red ocean of light.

The tension went all the way up after the first two songs and a group of musicians took a seat on the stage, to the general surprise. Joined by a violinist, a pianist, a djembe player and a guitarist, Morohashi Sana (one of the group’s main vocalists) introduced the next phase. The members talked briefly about it during the Tokyo Idol Festival, it was indeed three exclusive acoustic performances that the audience was about to enjoy.
Sana took the lead and sang “Bokura no Seifuku Christmas” and “Buukatsu-chuu ni Me ga Au Natte Omottetanda” with her comrades. On top of her strong singing skill for which she is known for, the 11 others members showed once again a great consistency and outstanding vocal strength, proving that their training over the past two years has paid off.
Then, Noguchi Iori and Sasaki Maika ended this special acoustic session with “Niji no Moto” which mixed intense acting, powerful duo vocal interpretation and a wonderful instrumental version led by the violinist!

In an exceptional ambient calm, the members reappeared on stage for a dance break specially prepared for the kameko (the fans who can take pictures), which ignited the venue once again with an electro-pop musical soundtrack!
Saito Nagisa then announced that a very special guest came here for a visit. That’s how the famous mascot from Sanrio, Cinnamoroll (or Cinnamon-kun), appeared on stage! A collaboration between the mascot and the group came into light during Sanrio Expo, announced a few days earlier. “Todoite LOVE YOU” followed up and we were delighted to notice the interactions between the girls and the national mascot. We need to point out that both the audience and members were pleasantly surprised by the mascot’s ability to dance on this song. 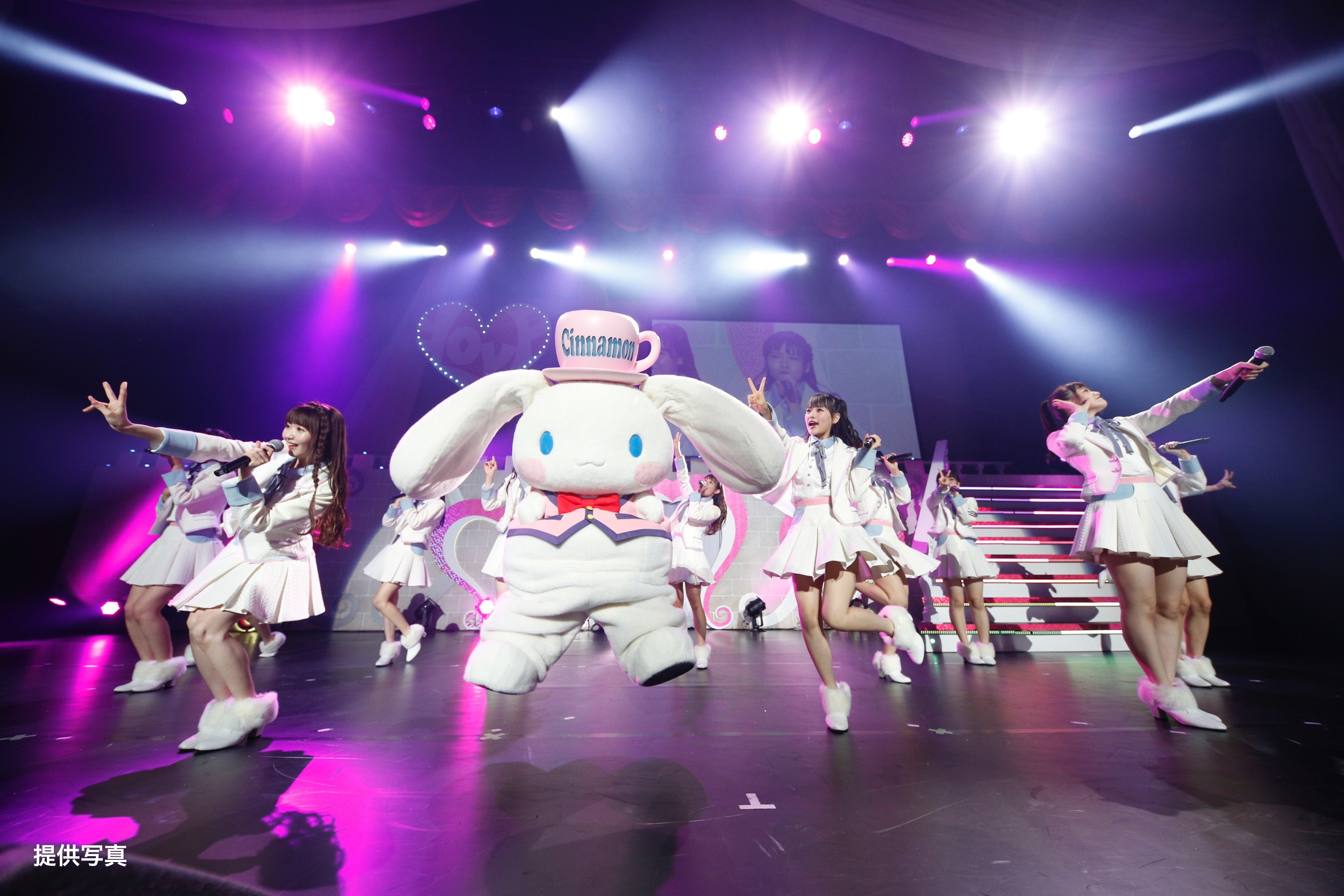 In the same way as the previous concert, Saito Kiara had the terrible challenge to introduce the next part of the concert and was joined by her beloved friends who always came to her rescue with “Kiara, Tasuke and Kita zo!”. “Youkoso! Ikorabu Numa”, “Iranai Twintail” and their latest single “Sagase Diamond Lily” followed.
After this furious sequence, leader Yamamoto Anna spoke up and announced that their producer Sashihara Rino had written a song especially for her twelve protégées. Titled “866” (Hachi Roku Roku), this number represents the number of days passed since the results of the group’s auditions held on April 29th, 2017 which led this second anniversary concert. The fans discovered a bespoke song, recounting two years of friendship and support between their favorite idols through the lyrics, under the benevolent and caring eye of their producer.

The ENCORE started with “Start!” followed by “Bokura no Seifuku Christmas” and, before concluding this exceptional anniversary live, Yamamoto Anna took the microphone again to say a few words. She expressed her gratitude to the fans and members for those two years of happiness and insisted a lot on her promise to remain a 12-members group, no matter what. Excellent transition for Takamatsu Hitomi, who on September 12th, was on stage for the last time before her hiatus announced a month earlier. Despite the tears, she let it be known that she would come back and that she would like to see the same smiles as when she left. Then, with her usual genuine smile, she announced the evening’s last song “=LOVE”!

The third year of Sashihara Rino‘s group has started, marked with the upcoming release of their 6th single on October 30th. The 12 stars of =LOVE, full of talents and charisma, never fail to surprise us and we will be there to share their evolution in this radiant future of theirs! 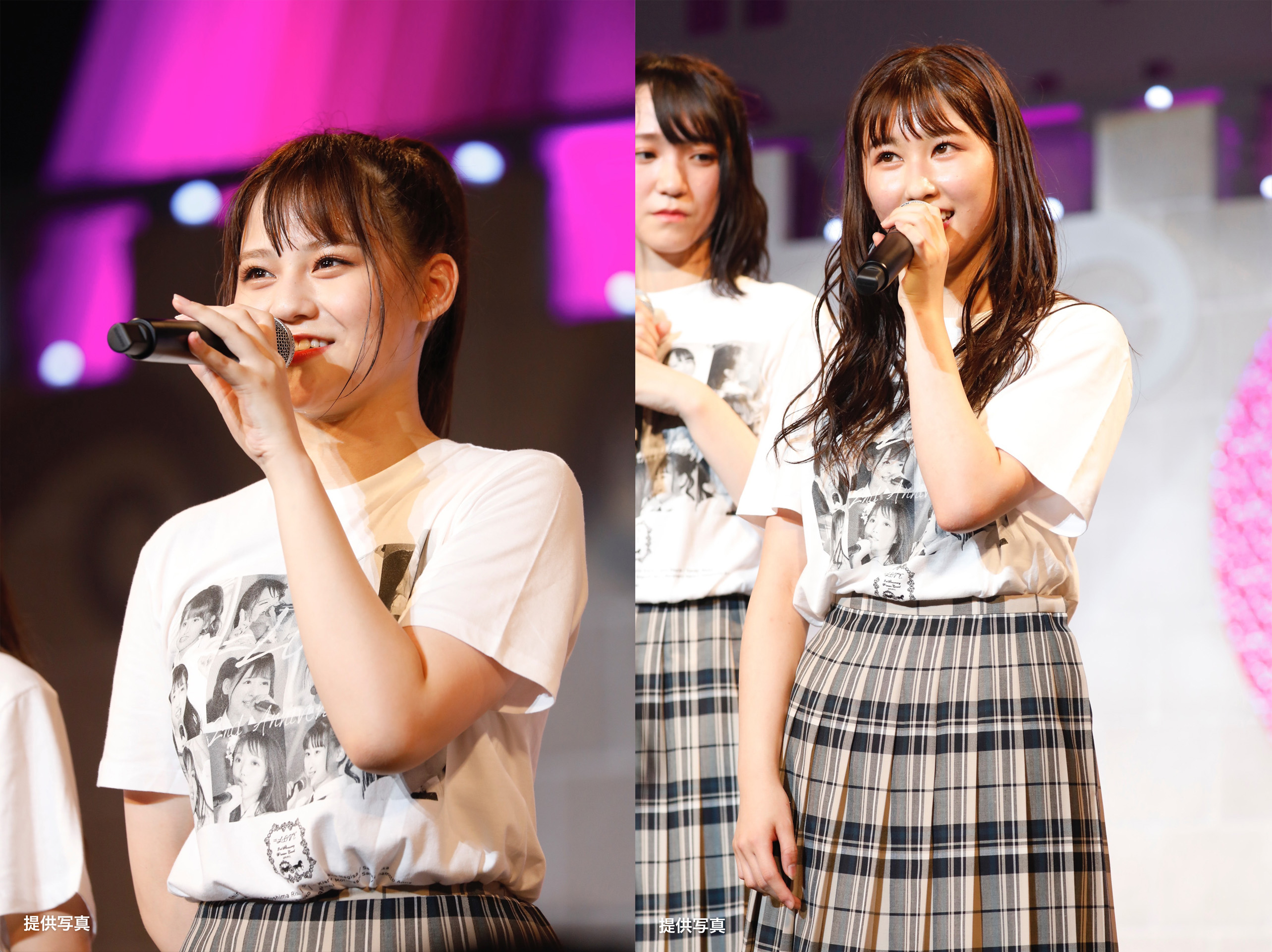 Special thanks to =LOVE’s management for inviting us and providing us with the official pictures for this event.
Additional photos by Nathan
Article by Nathan, translated to English by Brice