Announced back in December 2018, the eleven 4th generation members of Nogizaka46 had the privilege to perform on the famous Smile Garden stage at Tokyo Idol Festival 2019! A little reminder that the group’s 3rd generation also participated in the festival in 2017, during which several popular members surprised Yoda Yuki and her comrades on stage.

This time, the new recruits were by themselves, but fear not: the audience was pleased! They covered many of Nogizaka46‘s iconic songs such as “Girls Rule”, “Seifuku no Mannequin” or even “Influencer” in this evening of the festival’s second day. Just like their big sisters, the 4th generation members were also able to sing their own original song “4-Banme no Hikari”, freshly included in Nogizaka46’s latest single “Sing out!”. 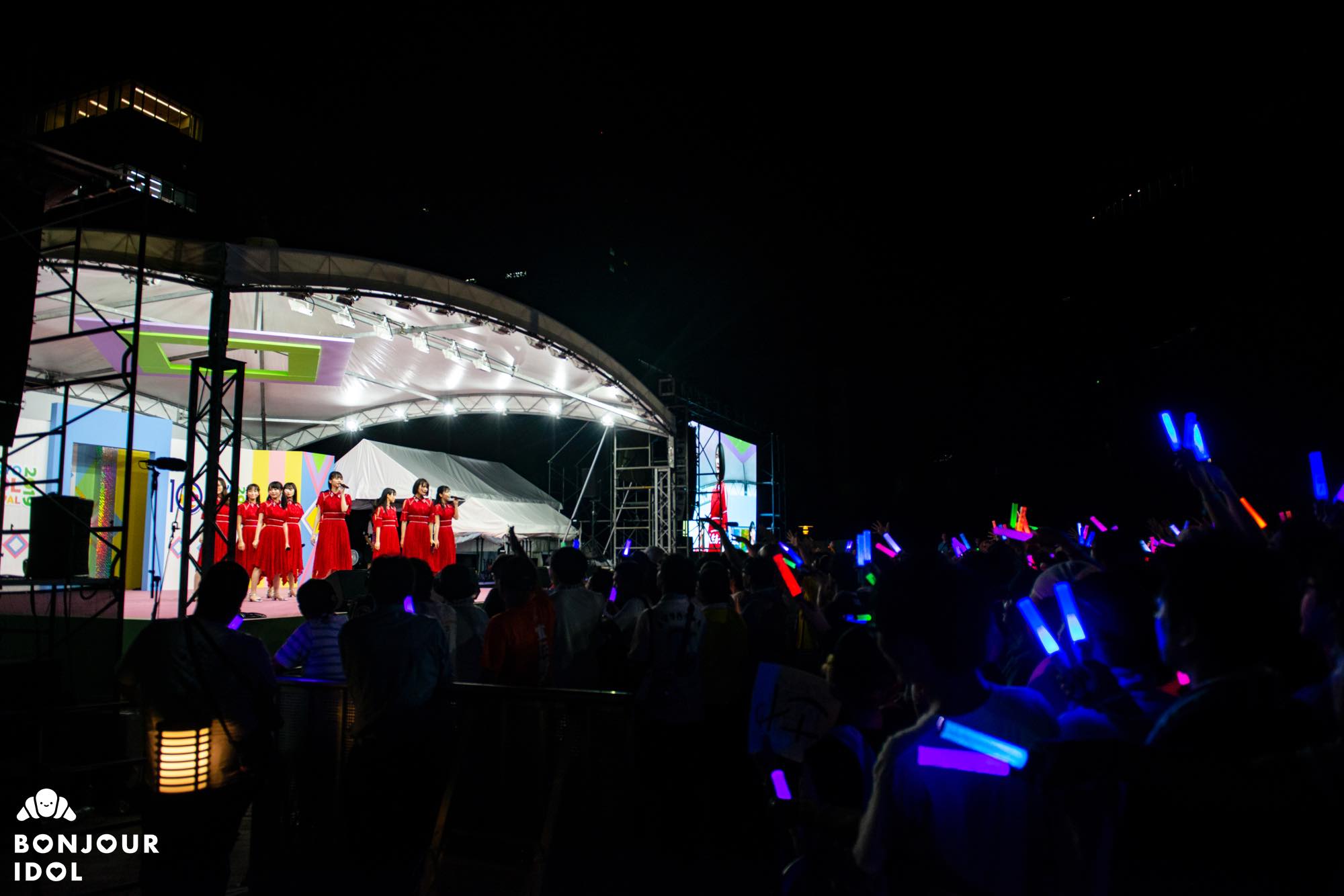 This second day ended with “Hadashi de Summer”, leaving the audience in this unique and yet very familiar atmosphere of the Japanese summer festivals. Still pretty much unknown to the public eye, the eleven members from this 4th generation clearly showed a huge potential and great energy. The group’s future is not to be worried about as we are sure the upcoming aces are just getting ready to stand out in the spotlight!