BILLIE IDLE® kicked off their most ambitious tour to date at Akasaka MyNavi Blitz on July 28, 2019. Soaring summer temperatures and stifling humidity outside accompanied by classic 1960’s tunes inside the venue welcomed the IDLE FELLAS (fans) to opening day for the 15-city “Bokura mada Chippoke na Koro no Hanashi” tour.

Taking the stage with bright orange button-ups layered over their white T-shirts and faded jeans, the members of BILLIE IDLE® riled up the audience right away with “Darlin’ ni wa Naranai”, “Bokura mada Chippoke na Koro no Hanashi”, and “DOKI 2”. 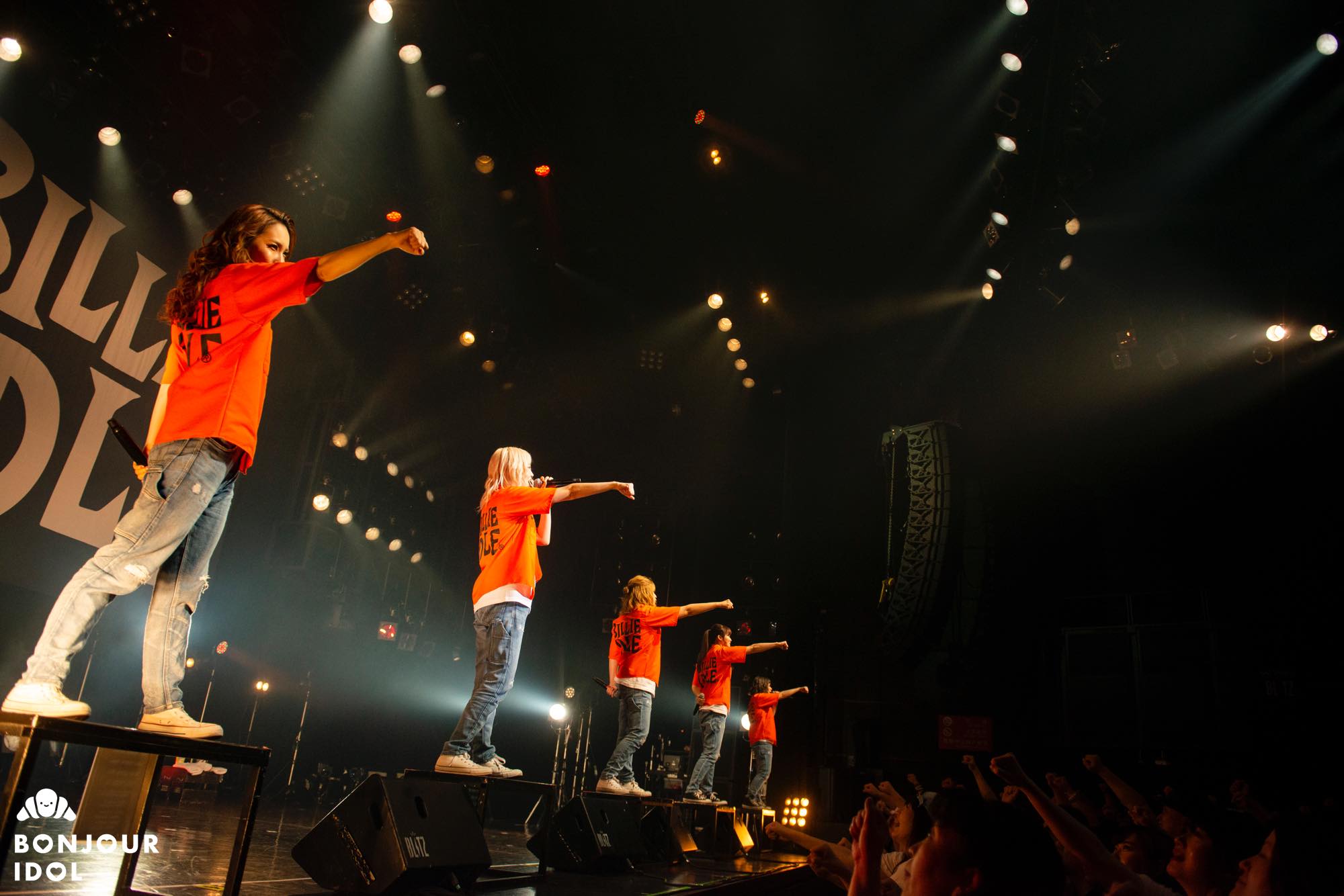 Sliding into the recent past of Japan with the frosty bubble era synthesizers of “Sayonara Romantic” and downbeat tropical sounds of “Tanchou na Elegy”, the atmosphere abruptly changed gears and churned through “IDLE FELLAS” before turning up the heat with “anarchy in the music scene”.

Pausing to welcome the audience to the evening’s festivities, Akira called out to them, leading the way as each of the members alternated between drinking water and introducing themselves. Revving the energy back up, BILLIE IDLE® rumbled through “Hajimari Emotion”, pumping their fists and swinging their arms to the tightly wound guitar riffing. 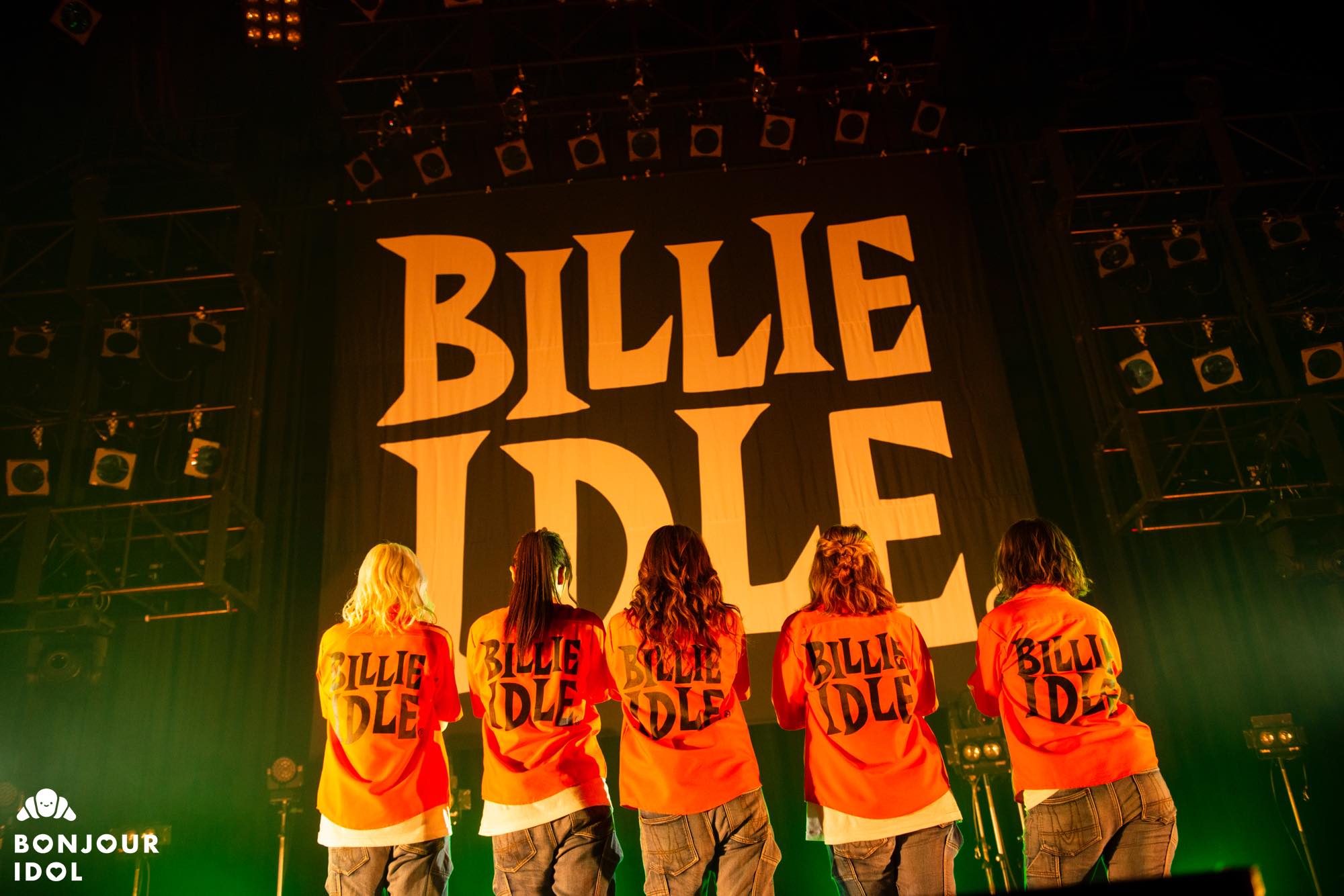 The performance took a detour into Japan’s ostentatious bubble era as light glistened from the mirror ball during “LESSON TIME” and the heavy synthesizer melodies of “Tokyo Marilou” pulsed from the sound system. After a splash through the summery sounds of “BIG BIG WAVE”, the musical journey through the 1980’s rolled on with the mid-tempo rock stylings of “Memories” and “By”. Shuffling and kicking their way through “be-bop-tu-tu”, BILLIE IDLE® veered back towards the days of big hair and shoulder pads with “Cinderella Anthem”. 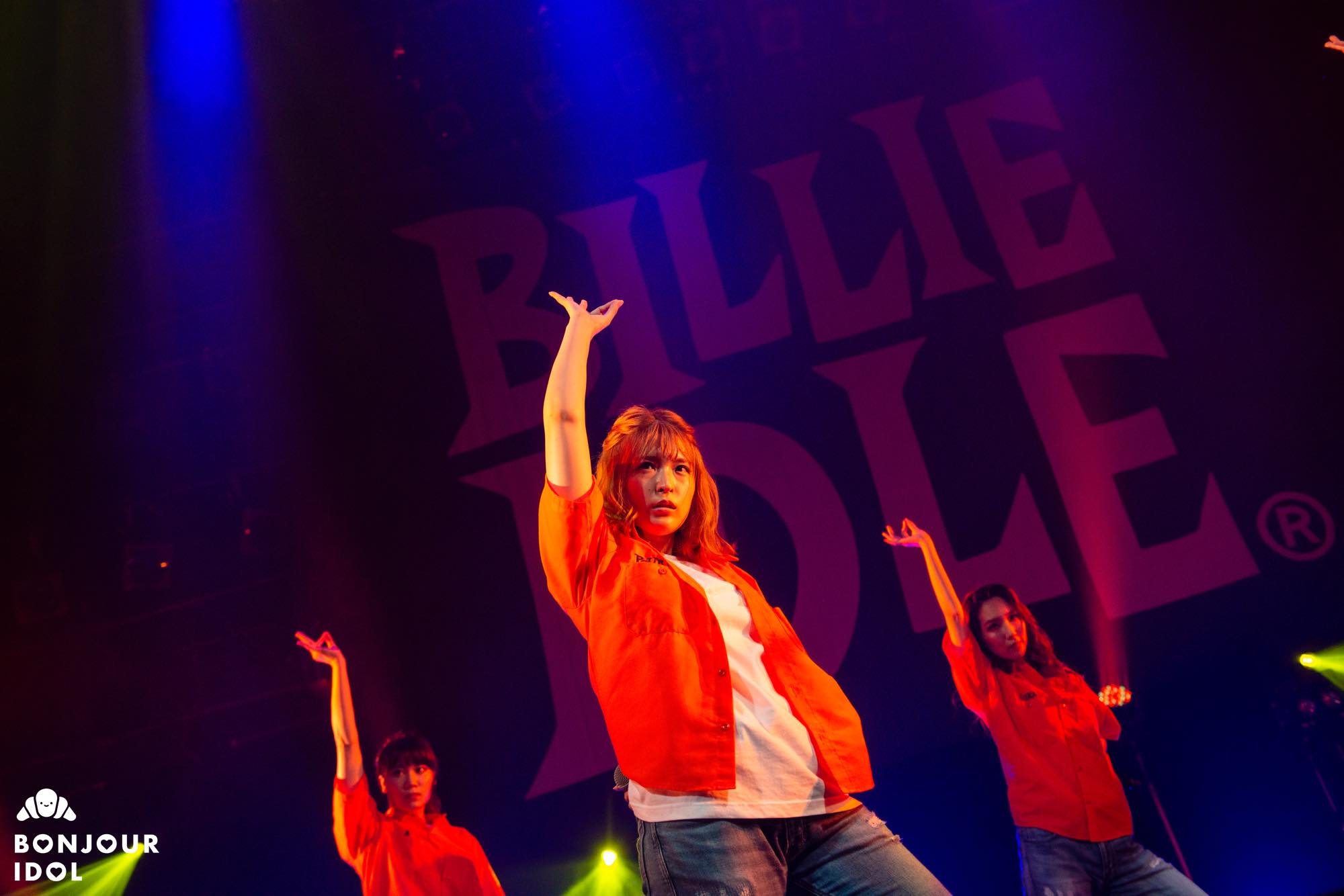 Unleashing the high octane punk rock of “Nakisou Sunday” and “Kanata ni…”, BILLIE IDLE® put an exclamation point on the evening with an electrifying rendition of “be my boy” before leaving the stage. The encore calls began immediately, fading away quickly with the return of Hirano Nozomi as the climbing piano melodies of “Douse Kieteshimau Inochi nara…” rang out through the venue.

The members took turns thanking the audience for coming out to the first day of the tour, reminding them that it was their biggest tour yet. First Summer Uika recalled that it was on the same stage about a year earlier that fellow former BiS member Pour Lui made her formal debut with BILLIE IDLE®. Pour Lui followed up by announcing that the group would be releasing a new single on October 23rd. 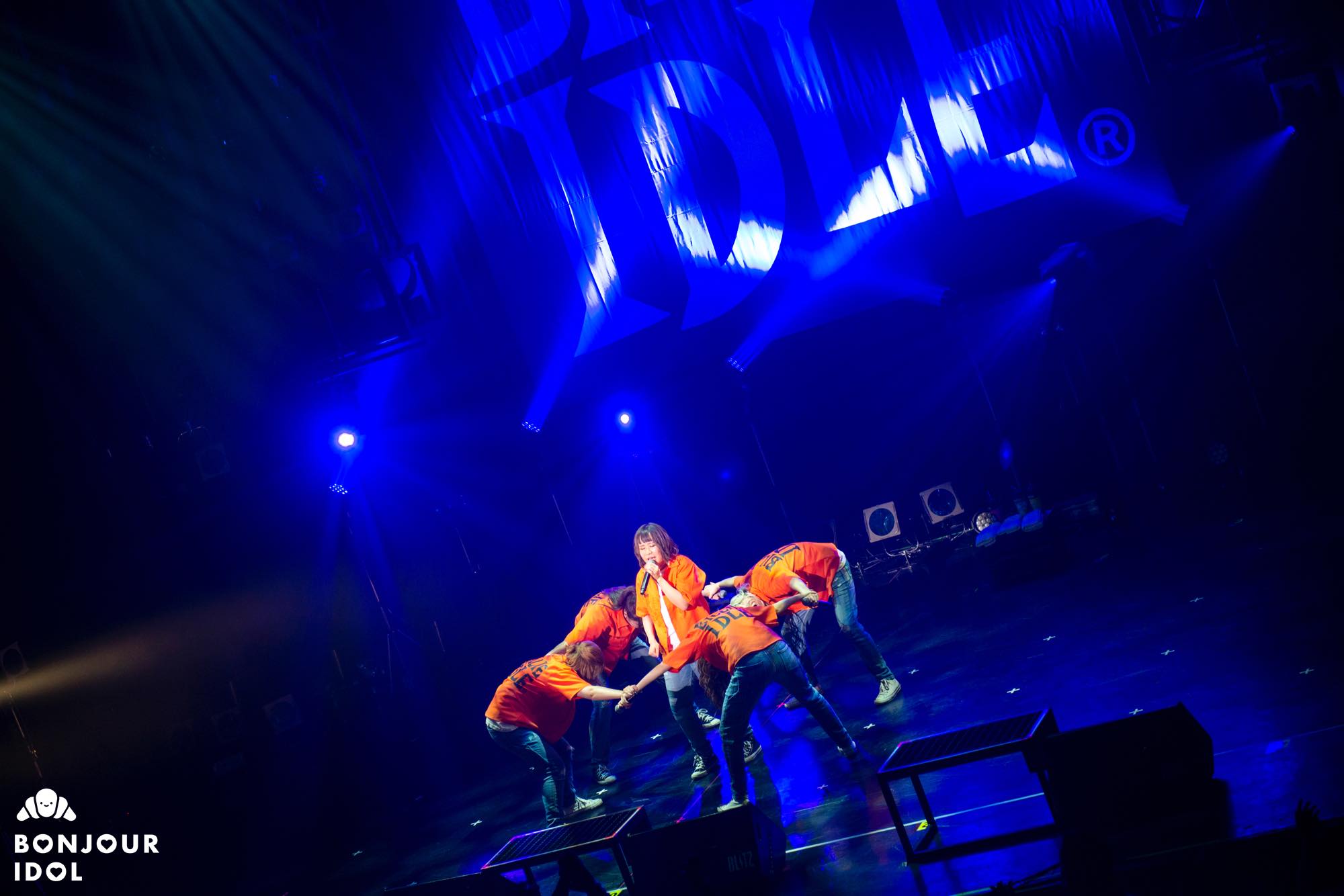 The encore rolled on as First Summer Uika took out her harmonica to lead the others through “Everydays” as the audience turned into a sea of hands waving from side to side. Closing out with “MY WAY”, BILLIE IDLE® rode on the energy of the IDLE FELLAS clapping and dancing along.

With the start of BILLIE IDLE®’s biggest tour in the group’s short history, a big big wave of momentum seems set to break for them. Given the energy and power of their performance on opening day at Akasaka MyNavi Blitz, it should prove exciting to watch them write their own Cinderella story while stirring up some anarchy on the music scene. 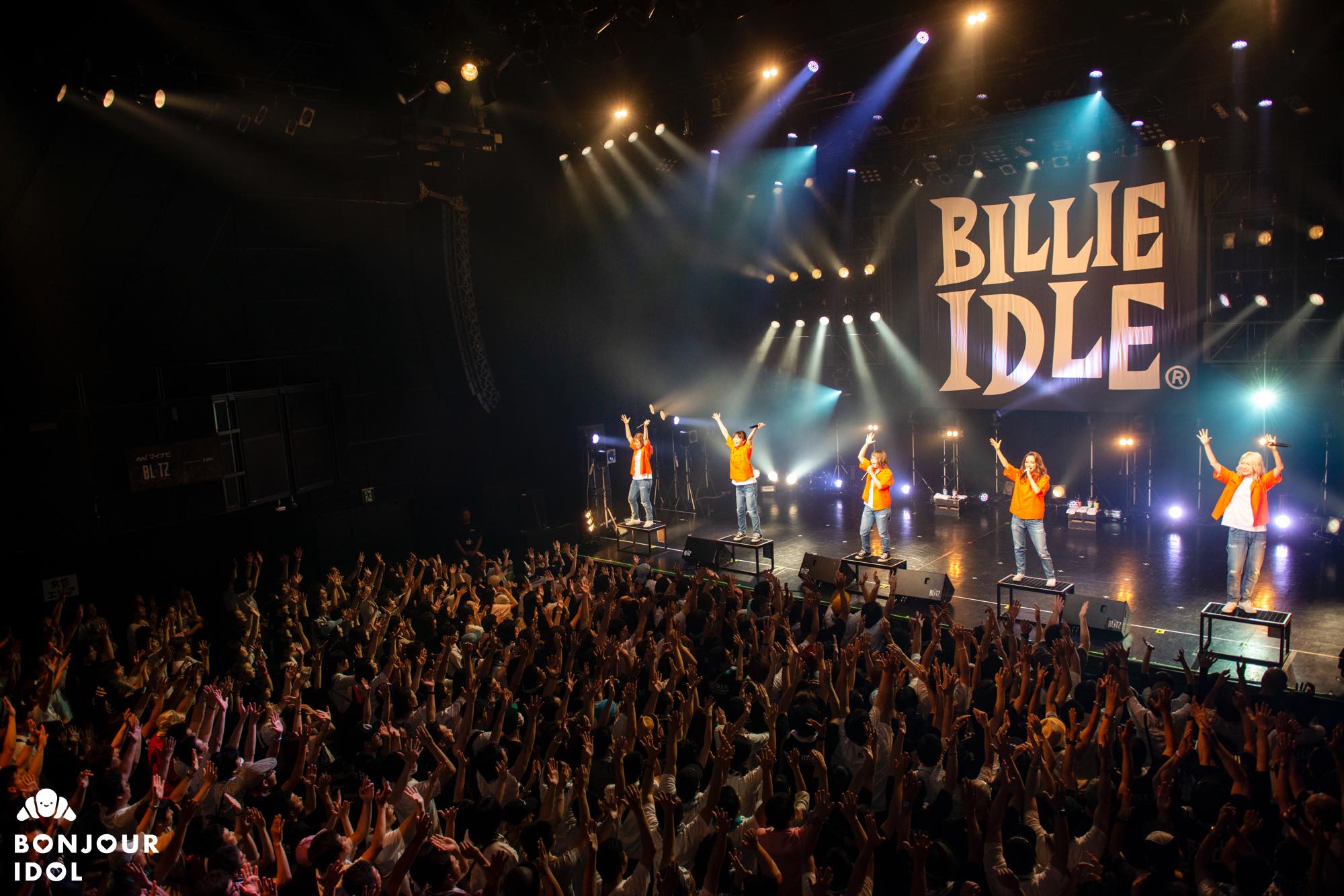