Miyatani Yue, longtime leader of akishibu project, turned another page on her career with a pair of solo concerts at Yokohama O-SITE on May 1, 2019.

The first day of the Reiwa Era was a rainy one as Miyatani Yue welcomed her fans to a cozy venue for a day of carefully-selected tunes which traced her journey as a vocalist accompanied by a 5-piece band. The evening show opened with a cover of Cyndi Lauper’s “True Colors” as Miyatani took the stage in a shimmering silver dress and golden waves in her hair. 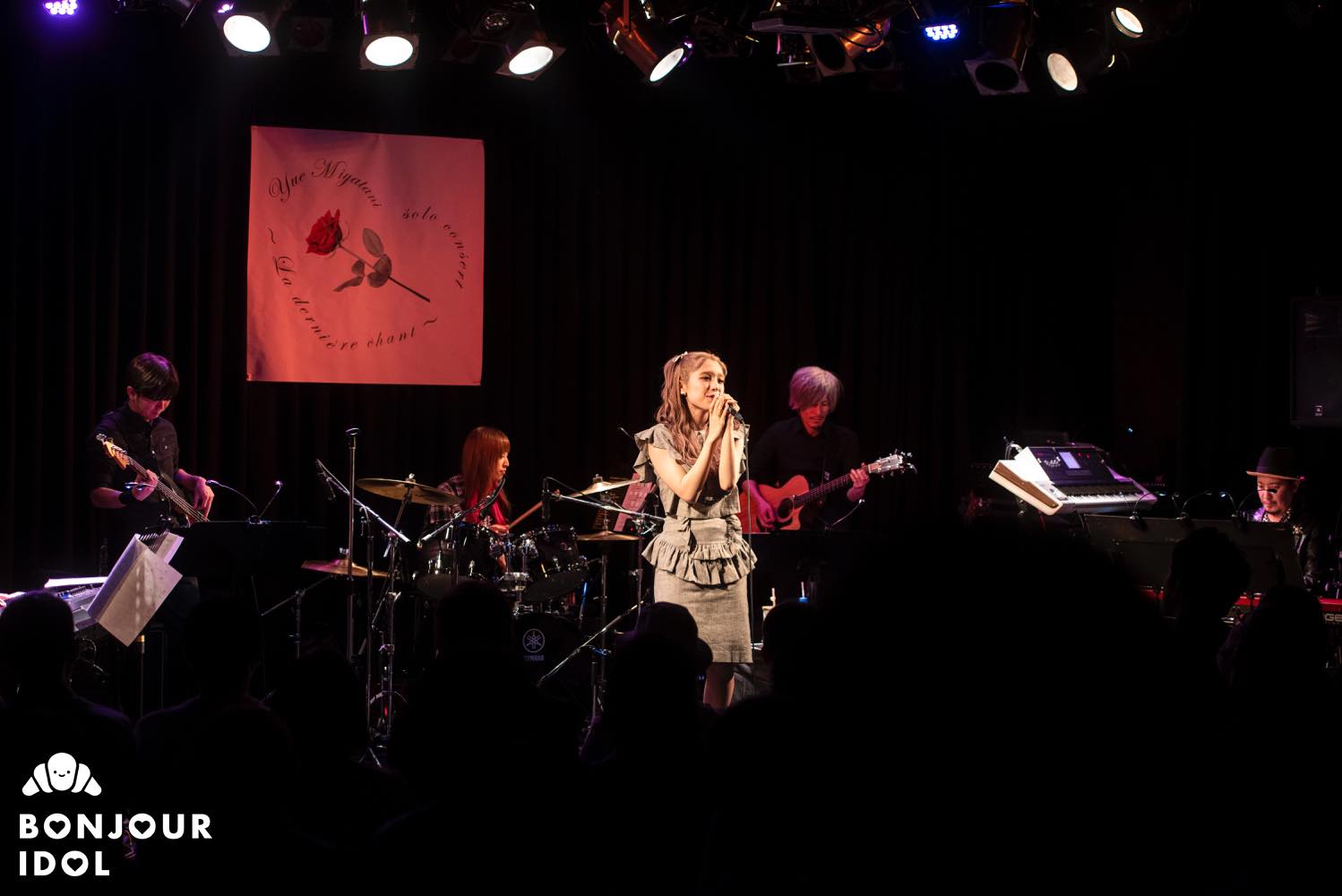 Welcoming the audience to the show, Miyatani steered the performance towards the familiar with an acoustic rendition of “Midaregami Fighting Girl”, a song she had sung countless times with akishibu project. From there, she turned back the clock with Motohiro Hata’s “himawari no Yakushoku” and JUJU’s “Ito” before pausing to address the audience. She explained that she would be featuring a variety of songs which would even reach back to the Showa Era (1926 – 1989) on this momentous occasion.

Returning to the music, Miyatani turned up the heat with Yamaguchi Momoe’s classic “Playback Part 2” and an emotional performance of Ouyang FeiFei’s “Love is Over” before wrapping things up with iconic idol Matsuura Aya’s “Onna Day by Day”. 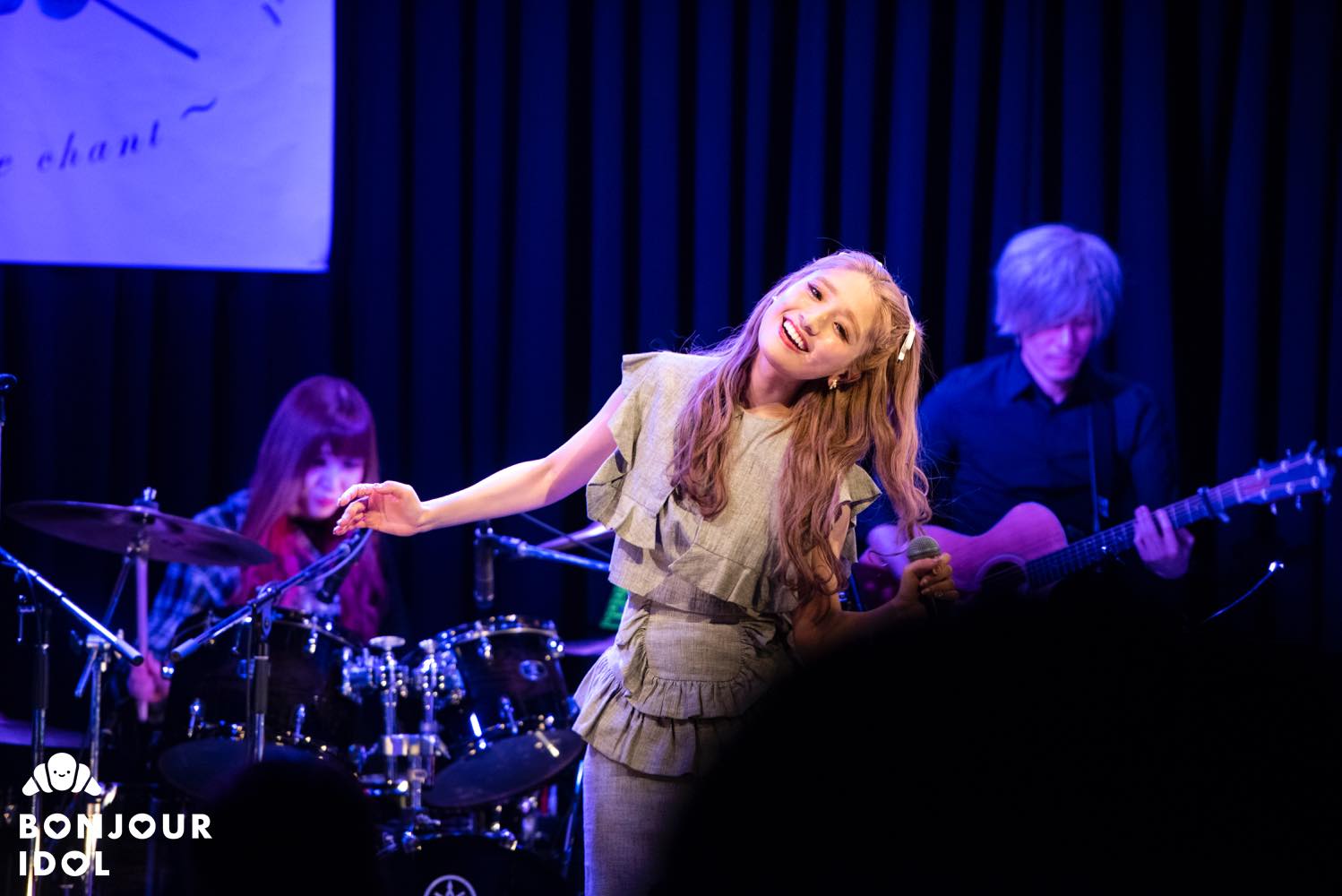 Taking a short break to raffle off one of the remaining photobooks from her 2018 birthday live, Miyatani returned to familiar territory with a trio of akishibu project songs which included “Message to ID”, “Change the World”, and “Setsu Natsuri”, closing out with Goto Maki’s “Suppin to Namida” and Nakanishi Yasushi’s “Saigo no Ame”. After a short reminiscence of the last 6 years of her life as an idol, she silenced the crowd with Saito Kazuyoshi’s “Utautai no Ballad” before leaving the stage. 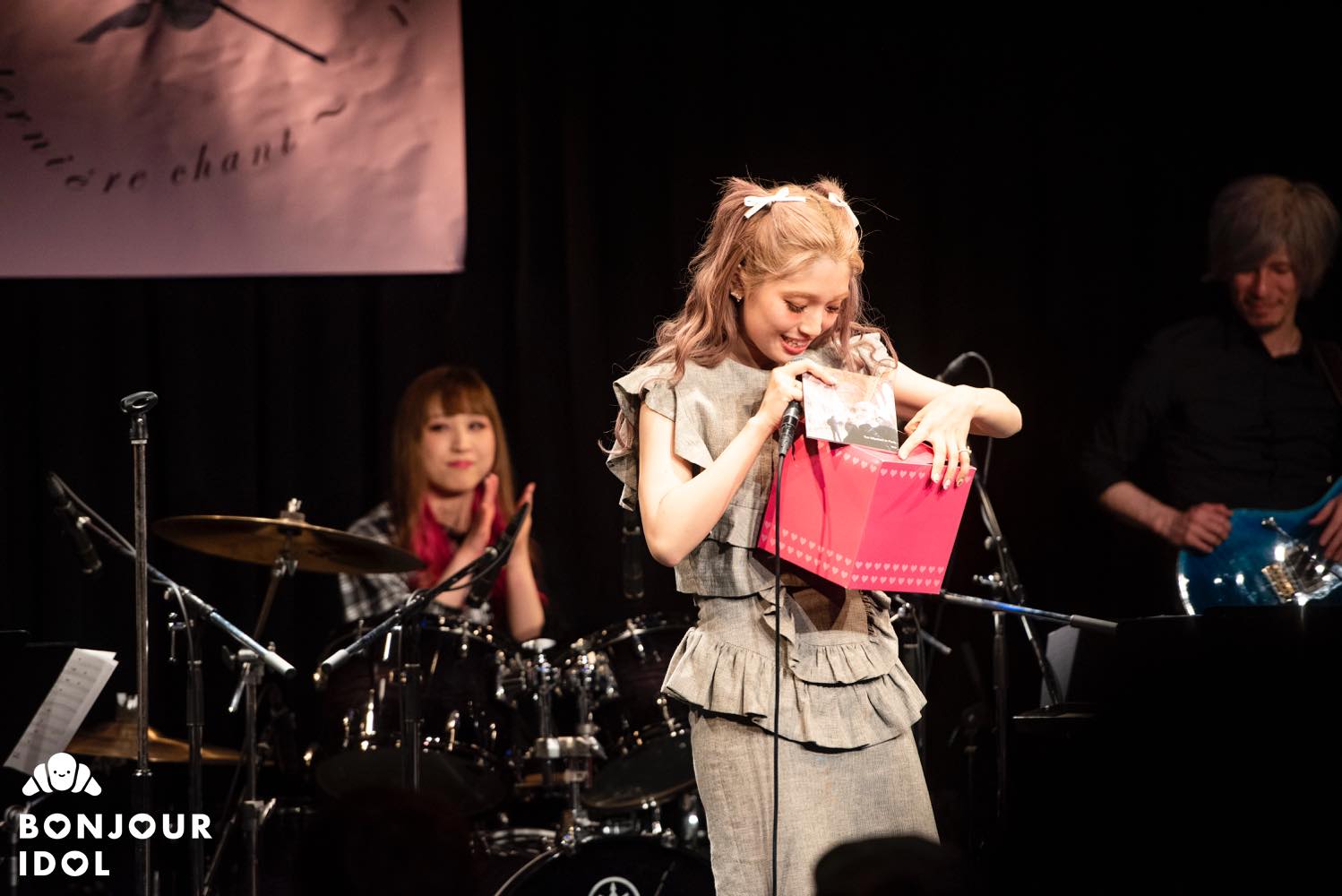 A standing ovation coaxed Miyatani back to the stage, returning with a pink-colored T-shirt made just for her solo live draped over her dress. The encore began with a heartfelt gesture of thanks in the form of Nishino Kana’s “Mama” and drew to a close with “Dear Best Friend”, the song which began her journey as an entertainer during her time in the Asia Diva Audition prior to joining akishibu project.

While Miyatani Yue’s time as an entertainer may have come to an end for the time being, her songs will live on in the hearts and memories of her fans. Thank you and farewell. 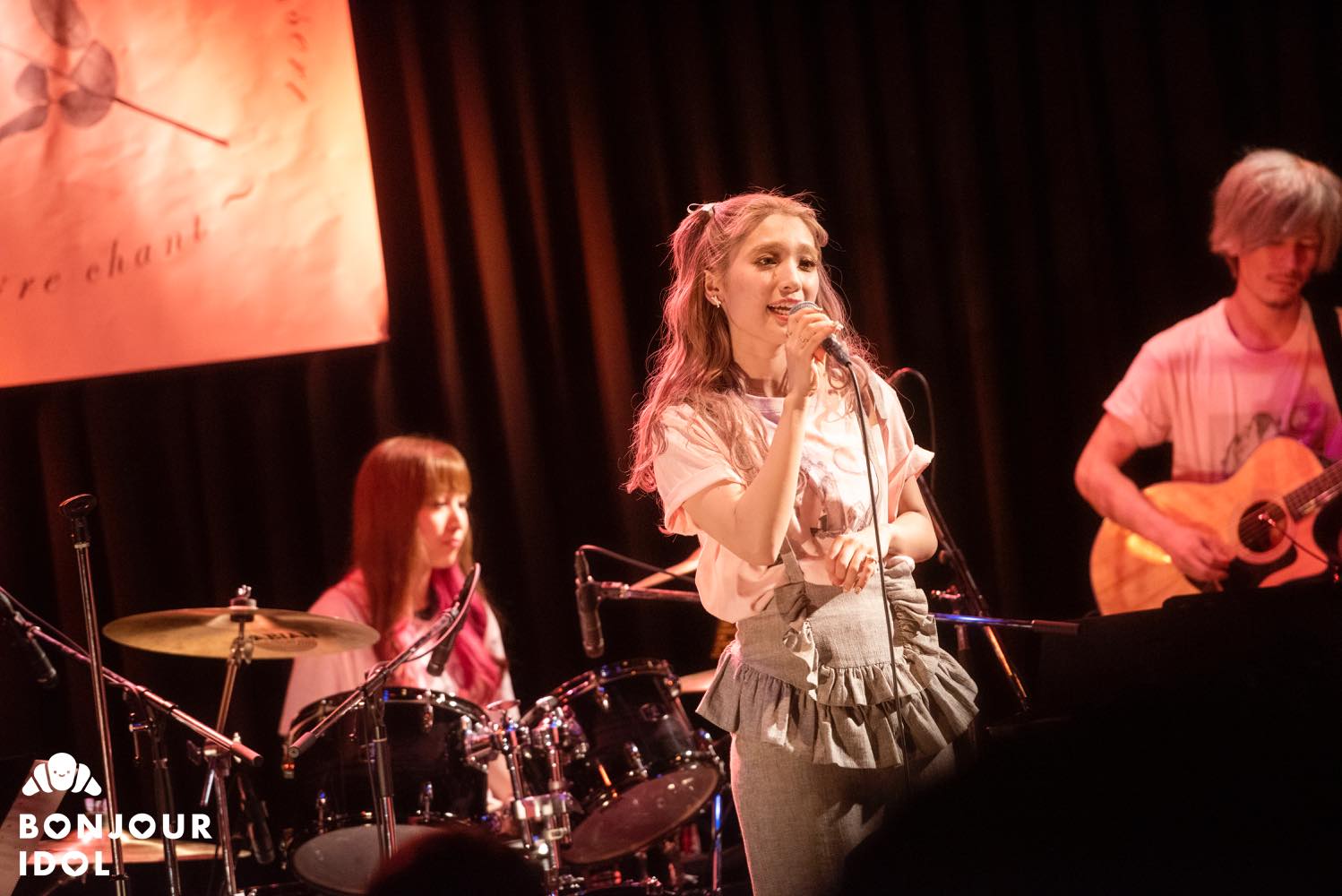