The nine members of Iketeru Hearts threw quite the party between lasers and disco balls this May 26th, for the final performance of their “PartyTune Discotheque” tour! The floor of Shinjuku ReNY shook hard under the weight of the fans crazily jumping around for a performance that lives up to its core concept: full of dancing!

The “PartyTune Discotheque” concept started as a special event thing a couple of years ago, and the fired up nightclub atmosphere was requested so much by their fans that Iketeru Hearts not only gave them another Discotheque live, but also went to Nagoya and Osaka to keep the party going before heading back to Tokyo. The special touch of these concerts: a remixed setlist, between medleys of the group’s songs with EDM undertones and dynamic dance breaks! 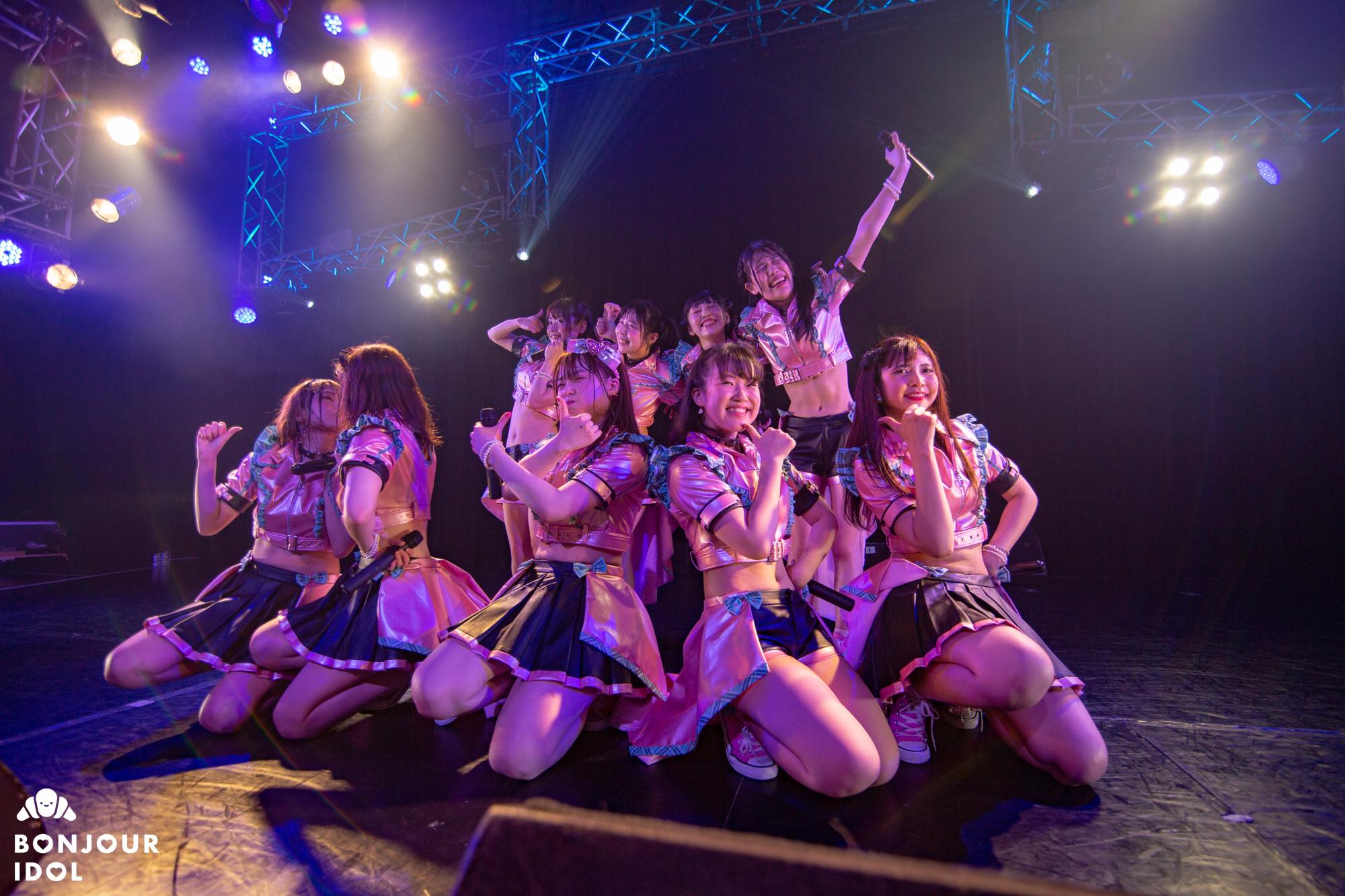 It is in a pumped up atmosphere that this final performance, and second of the day, starts, as the fans are already screaming in excitement as the overture resonates. The members of Iketeru Hearts show up on stage on a dance tune, to show off some of their best and sharpest dance moves one by one to their audience.
The show starts with “MARIA”, then the darker “Soukoku no Spica”, originally from the group Velforest. and recently re-arranged for the nine idols of Iketeru Hearts on their latest single, “Sparkle☆Power”. After a short introduction of the members, welcoming their fans for this last show, their leader Nijika launches a short warm-up session for the audience! The group members lead the way on an EDM instrumental and the fans happily follow, getting ready for the main part of the concert.

“Tenbu no mai, akatsuki no mon” starts this new segment, leading up to “Shishin Kakutei” in the same dramatic vibe. The songs follow each other hand in hand thanks to a powerful remix, and the concert changes tones to hear the playful notes of “Rosetta Stone”. The original song for Iketeru Hearts’ 1st album, “HEARTS OF JOURNEY”, is the scene for a fired up MIX from the over-excited fans. The introduction of “Lumica Jane” starts as the venue goes pitch black, only for the fans and idols to crack dozens of sticks, lighting up Shinjuku ReNY with an intense orange glow! This part ends on another nostalgia track with “Drawing again”. 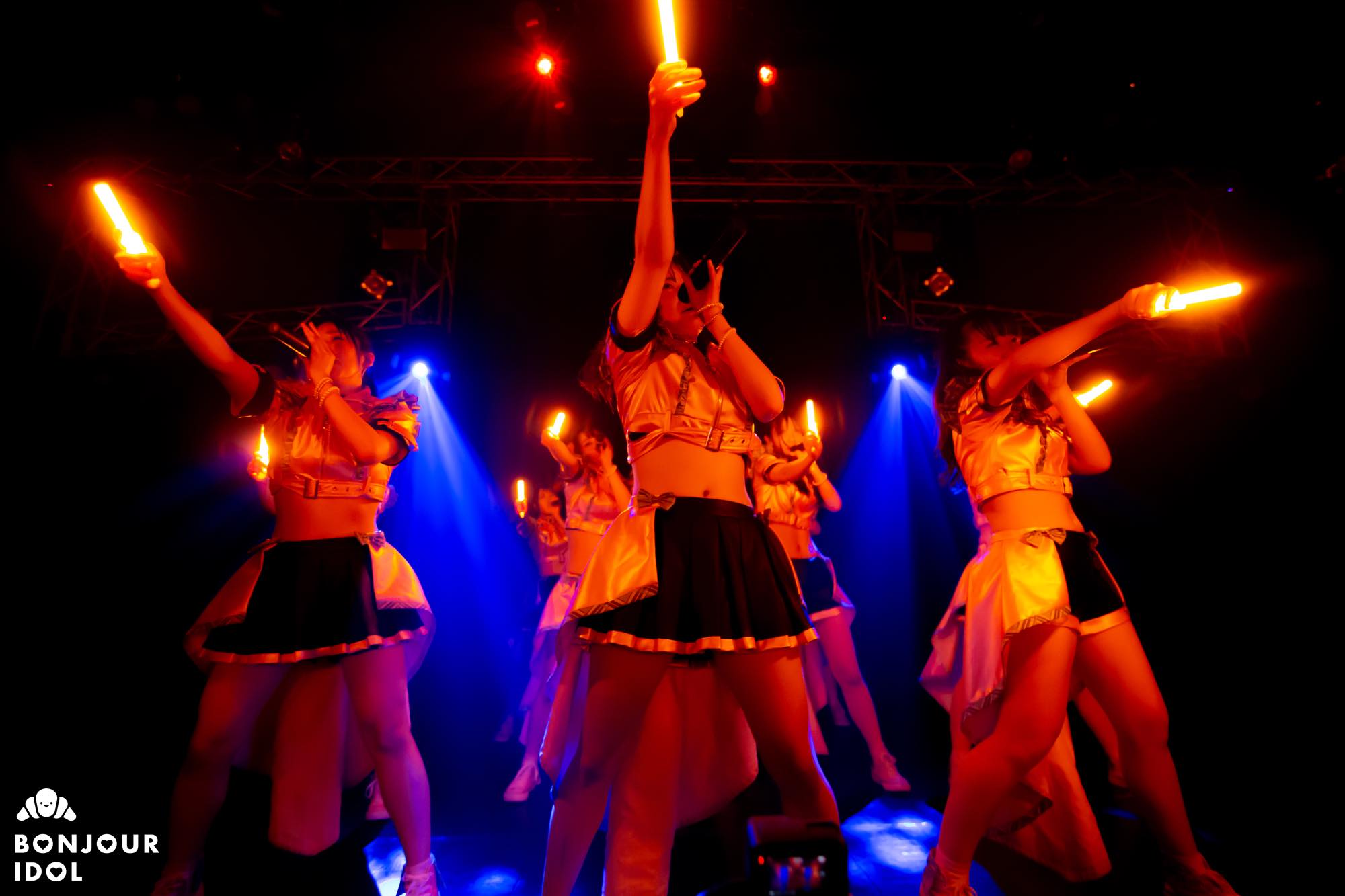 Uchida Kotone, Nijika and Ochi Karin are left alone on stage by their teammates, to introduce the next part: the legendary select corner! It is dressed in 60’s french pop inspired dresses that Shiroki Leia, Koizumi Shiika and Imai Aki come back to perform “ORIGAMI”. Aise Risako, Usami Madoka and Tachibana Rie chose the optimistic anthem “Believe in my dreams”. Finally, Kotone, Nijika and Karin take us back all the way to the beginnings of the group by performing their very first single, “Let’s Stand Up”.

After saying a few words to their fans, Nijika then introduces the theme song of this tour. “KAKERA” is a more serious track with a dramatic chorus and a rather upbeat rhythm, in the same dance style as “HEARTS OF JOURNEY”. It creates quite a contrast with the group’s past tour theme songs, usually softer and sweet with warm feelings to convey to their audience.

The last part fittingly starts on “LOVE♡LOVE♡LOVE”, official theme song for their 2018 tour. Iketeru Hearts then follow up with their catchiest songs, starting with “Happy End”. They keep going with “Otomegokoro” while shaking their sparkly cheerleader pompoms, and “IkeIke BIG HEARTS♡” turns the atmosphere into a giant nightclub for good as a shower of colorful balloons rains on their heads. We even spot Anna and Chloe, from their senior group Junjou no Afilia, happily throwing balloons on the audience from the balcony of the venue. “Karma Stripe” switches the tone for its epic beat, opening the way for “Kibou no Chizu”. The concert ends on “Sekai he habatake!”, and their latest single, “Sparkle☆Power”. 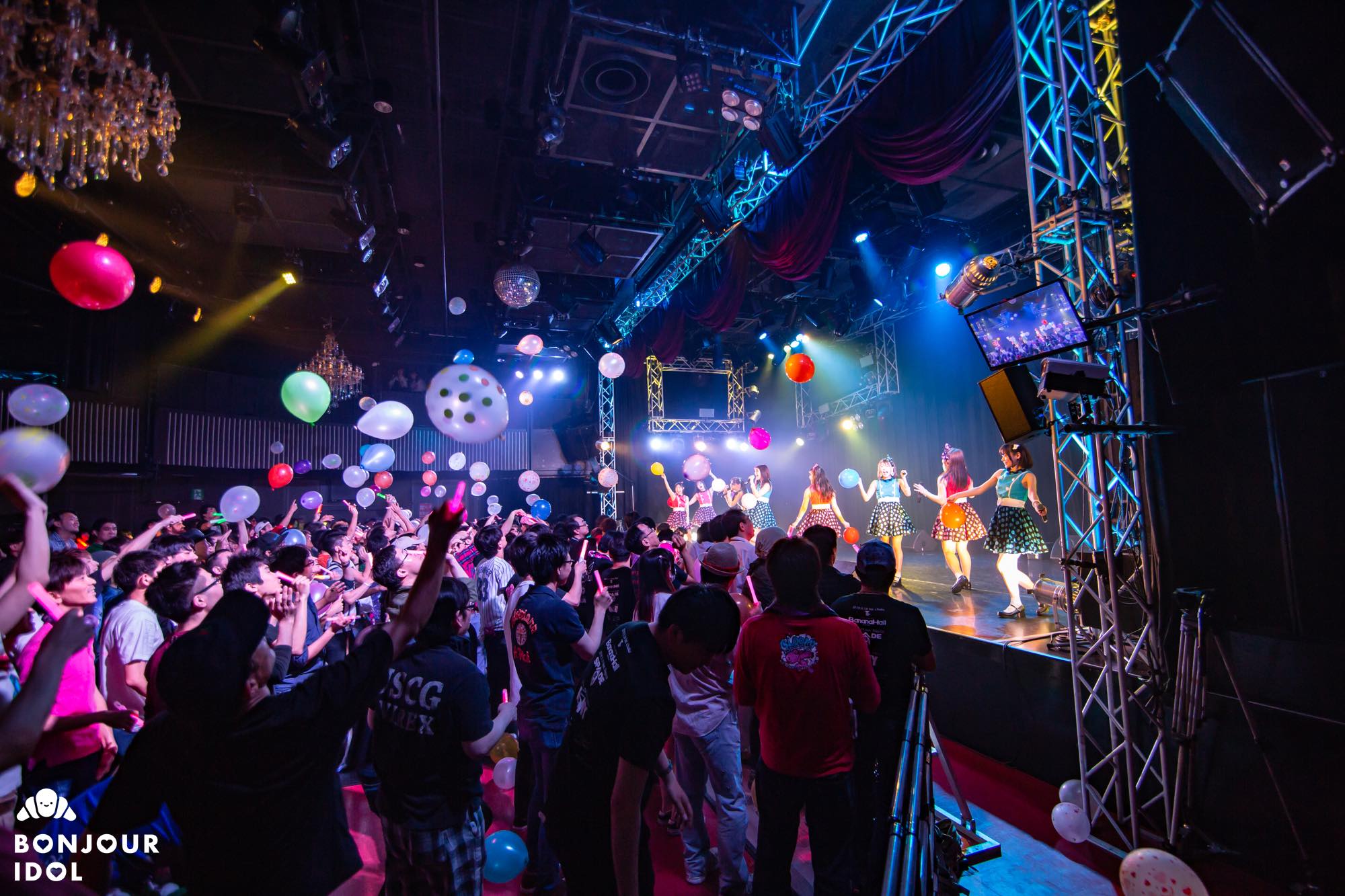 The fans don’t stay quiet for too long before calling Iketeru Hearts back on stage. They gift them with a second performance of “KAKERA”, before thanking them for their support… and adding a surprise announcement! Iketeru Hearts will celebrate their 5th anniversary on September 8th, in a milestone concert at the freshly inaugurated Akabane ReNY.

The nightclub made in Iketeru Hearts never disappoints and never fails to make us dance, as the concept is now officially adopted by their fans across Japan! The fresh energy of the group never stops either and we will happily join the party for this next anniversary, as we know we will be in some good company. 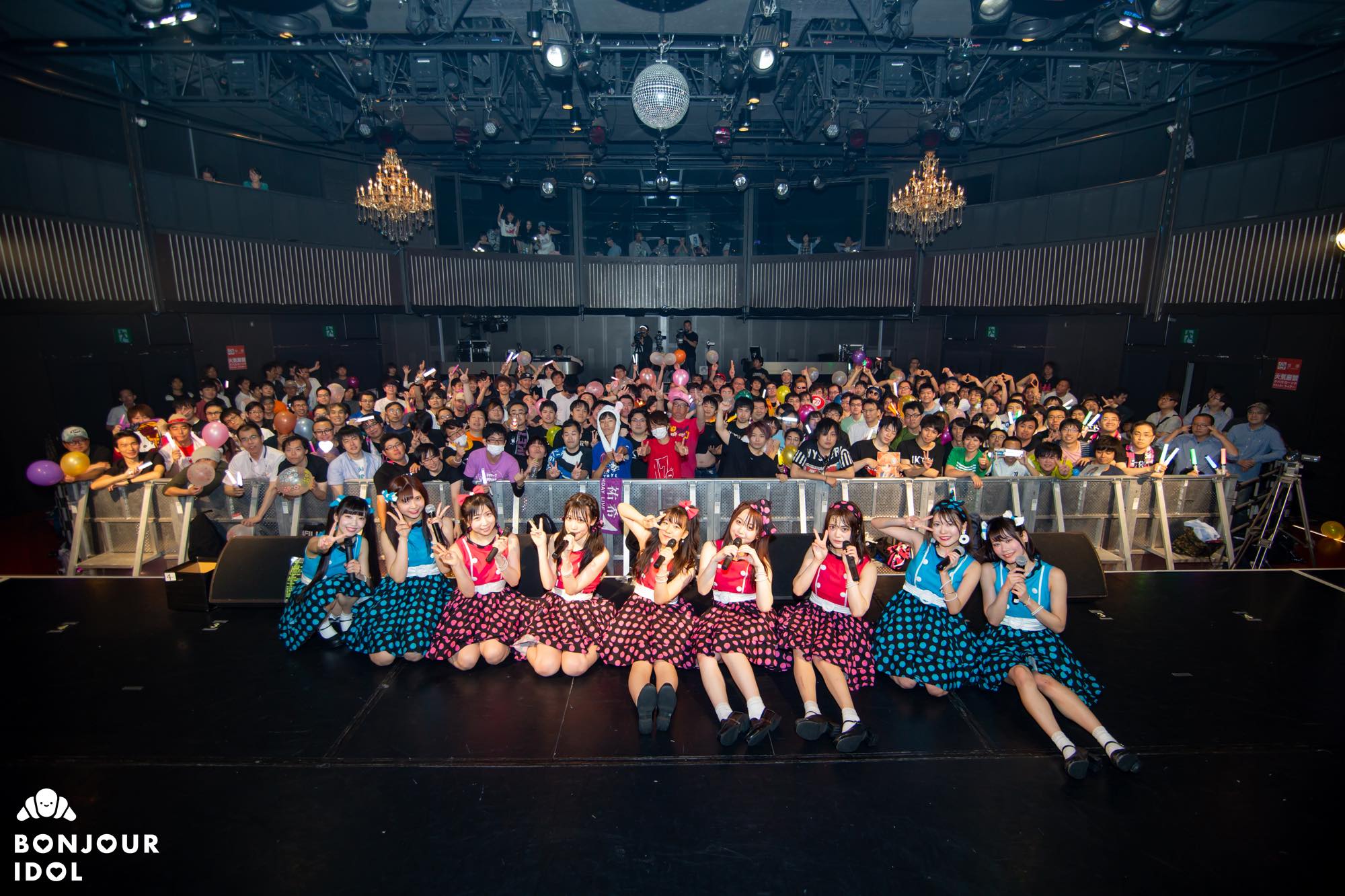 Photos by Ryan
Article and translation by Melody