It was a winning combo for the ambassadors of the matsuri culture of FES☆TIVE this last June 19th. Their Asia Tour 2019, “THE CIRCUS”, took them from Sendai to Fukuoka, through, among others, Nagoya, Osaka, and even Pattaya and Bangkok in Thailand! A big milestone for the group who ended this road trip with a magnificent final performance at Akasaka MyNavi Blitz in Tokyo, celebrating their sixth anniversary at the same time.

The members of FES☆TIVE show up on stage one by one on their legendary overture tune, as the stage of MyNavi Blitz had been decorated to become a real circus ring! FES☆TIVE quickly sets the tone: the night is going to be exciting and will live up to their image, colorful and energetic. 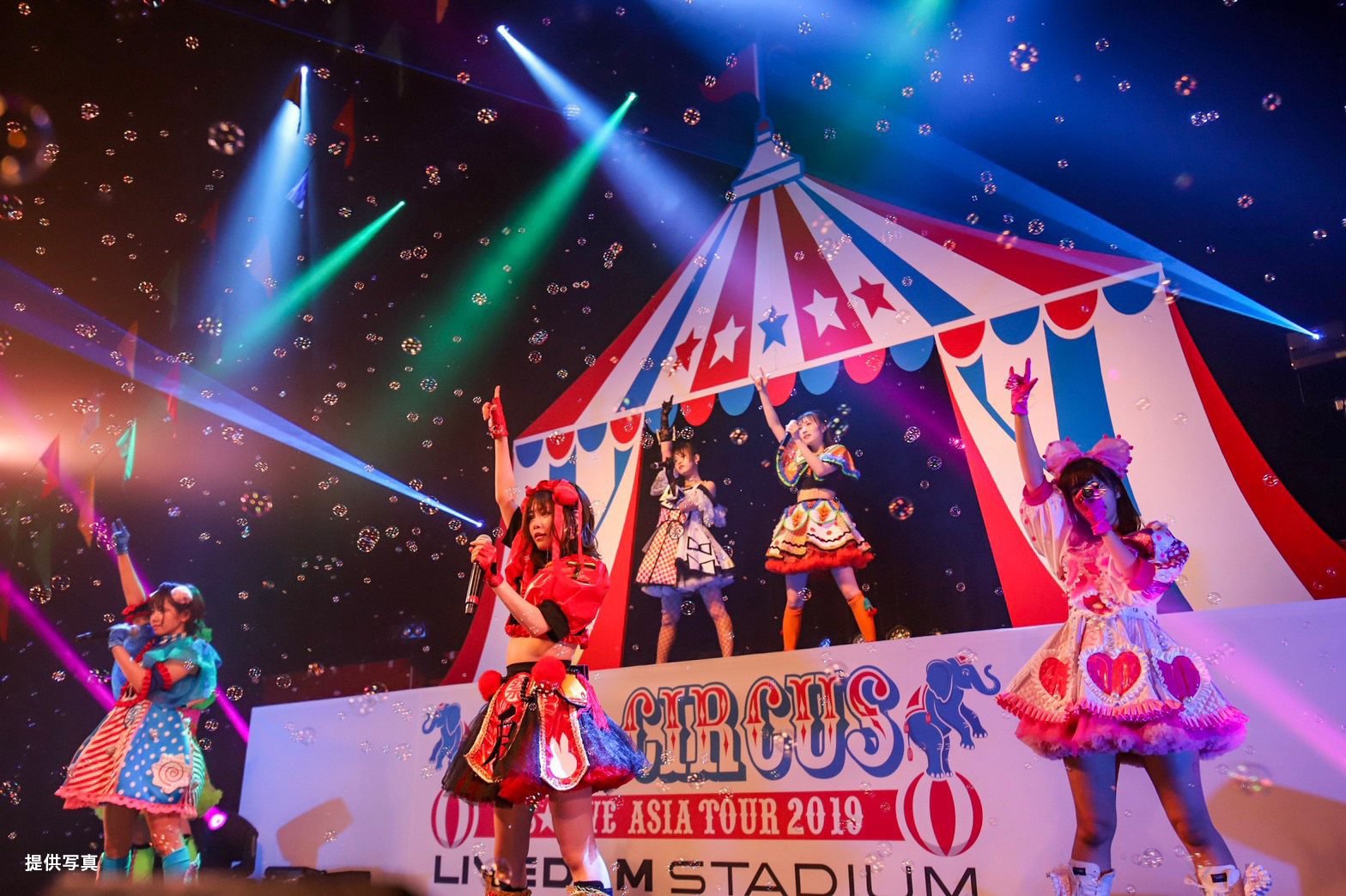 The audience barely has time to warm up as “Magical Parade” opens the night, the fans jumping around under a rain of golden streamers. Kondo Saeko proudly shows off her skills with The Matrix-inspired moves, and the group moves onto their most popular song to this day. “OIDEMASE ~Gokuraku~” needs no introduction, as it is a classic among idol music festivals, and the entire venue is skyrocketed into the whirlpool of energy led by FES☆TIVE, boosted by CO2 explosions on stage. “Manatsu no Yonetsu” passes off as a summery love confession from the idols to their fans, before launching a brand new interlude.
A dance number allows each member of FES☆TIVE to show off their sharp dancing, revealing a slightly different side of the group, more serious and intense, but not any less energetic. “Homura no Shizuku” keeps on with the change of mood towards a darker vibe, finding its climax with the hard rock sounds of “Fireworks!!”, the venue diving deep into a blood red light. 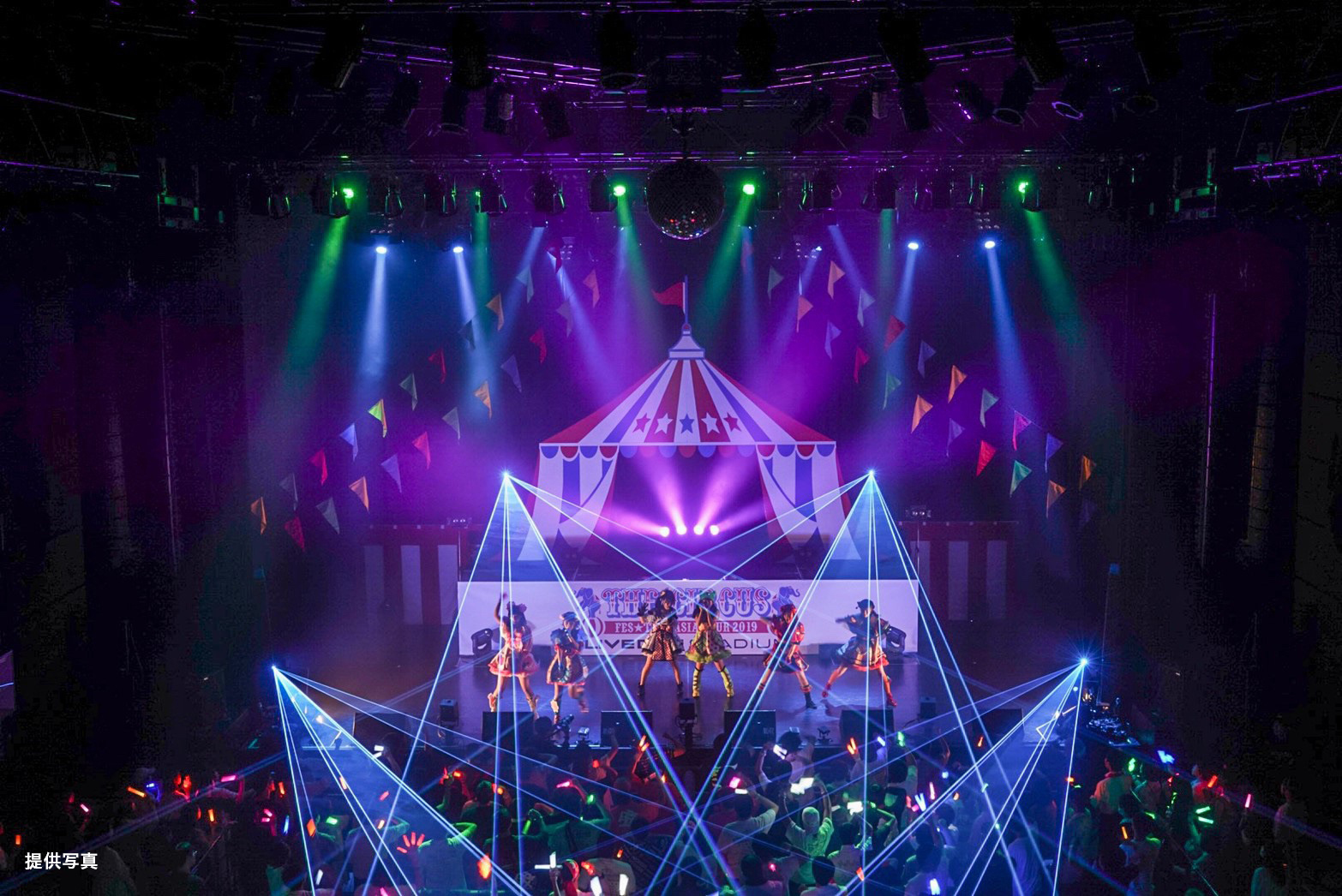 After a short break to introduce themselves and thank the audience for showing up, FES☆TIVE jumps back into their own past for “Koimomiji”, one of the B-sides of their third single back in 2016. The deep voice of Doko Ruriko opens the song with emotion, before the beats intensifies under the excited calls from the fans. We keep walking down memory lane with the happy guitars of “Natsuirotorido Ribbon”, still quite regularly performed to this day. Leader and last original member Aoba Hinari then confesses her love to their producer’s camera, capturing this very special moment as one of their photographer that day. The electronic sounds of “Nadeshiko Sympathy” are backed up with a dance of colorful lasers, and turn MyNavi Blitz into a nightclub for a few minutes, before ending this part with “FESTIBLUESKY”.

The six members of the group stop for a minute to announce the good news for the night: their next single “Haretoke! Appare! Japanese” is now set for release on September 25th! Doko Ruriko and Aoba Hinari tease it as being a very upbeat pop song, as well as a natural sequel of their fan-favorite anthem, “OIDEMASE ~Gokuraku~”. The song is composed and written by Tamaya2060%, also behind all-time idol classics like Dempagumi.inc‘s “Dendenpassion” or Babyraids JAPAN‘s “Toratora Tiger”. 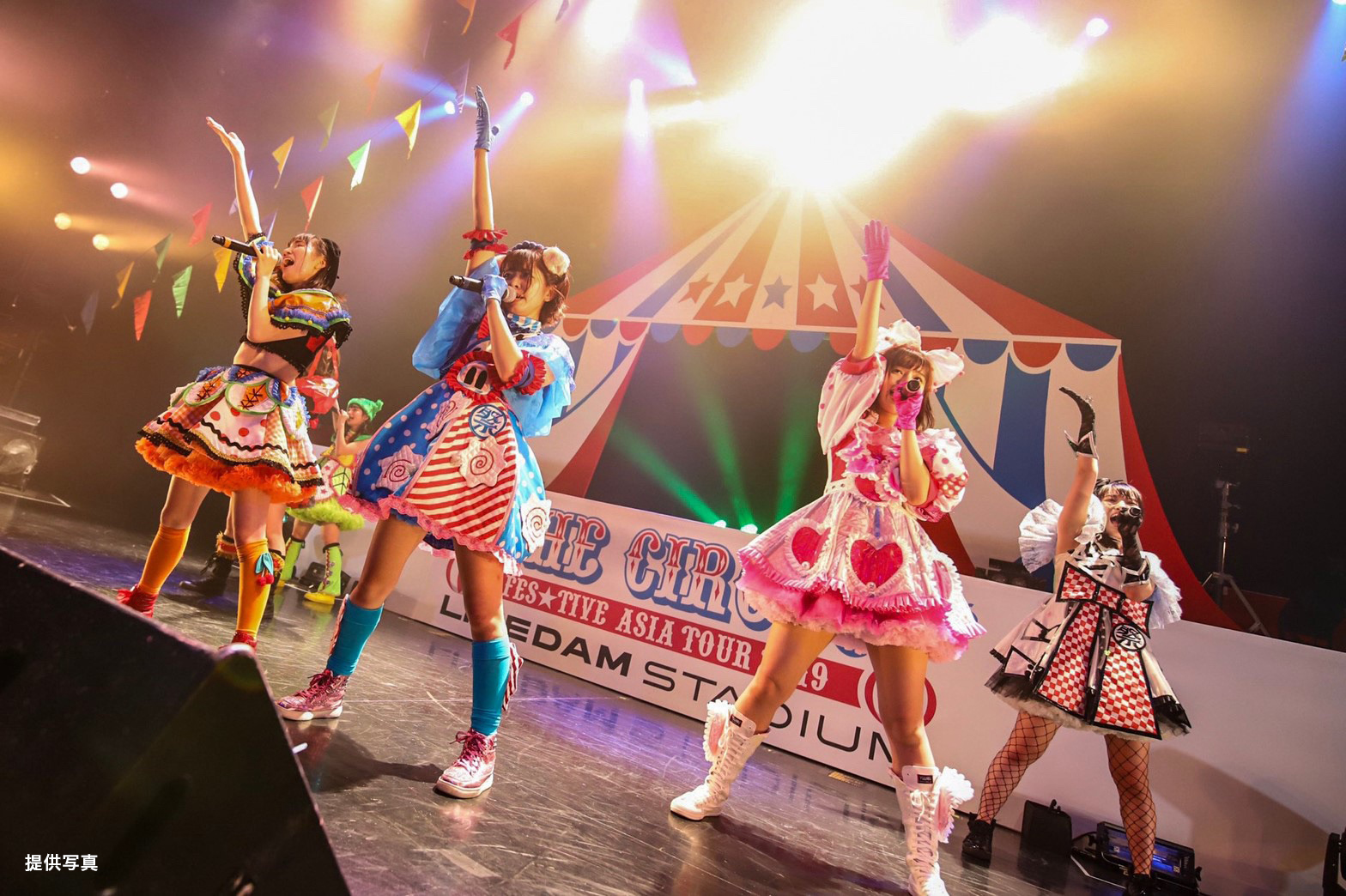 The concert goes onto a more traditional note as FES☆TIVE get armes with folding fans for “Oedo Bakuretsu Hanabi Hime”. The atmosphere takes a 360 for “Disco Rettou Ukiyo no Yume”, under the shining lights of the venue’s disco ball, with sounds and dance moves lightly inspired from the Japanese bubble era from the early 90’s. This time travel then takes us to the intense beat of their latest single “Yurayurayurari Koigokoro”. Their fans never cease to prove their unstoppable energy, perfectly reproducing the dance moves during the chorus. After a short trip to “Yume Hanabi”, this segment ends on the delirious taiko drums of “Dondoko Matsurhythm ~Moeagare Taikochan~” in an infectious joyful mood!

It is then time for the main part of the concert to end. Aoba Hinari introduces “Landmark” as a symbol of FES☆TIVE’s rebirth after a full year of restrictions and complicated changes within the group. The six members are now ready to dive head first into this explosive success story that seems to be unfolding before our eyes, not without emotion. This last part ends on two popular classics: “Shidareyanagi”, and the more recent electric vibes of “Yamato Nadeshiko Sunrise”. 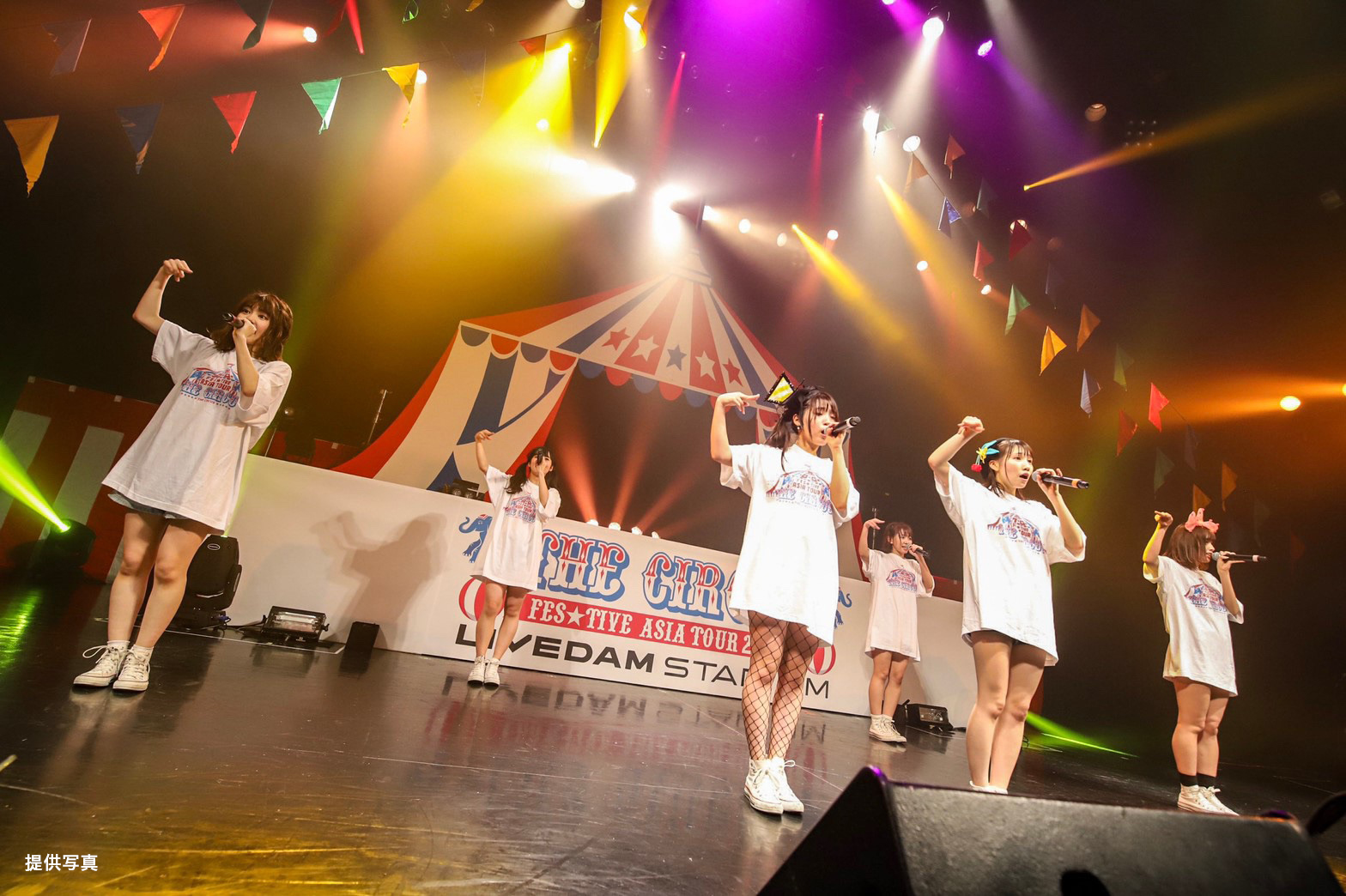 After an exhausting encore call for the FES☆TIVE fans, using the last bit of strength to ask for more, the group comes back wearing the tour tee-shirt for “Matsuri no ato”. Literally meaning “after the festival”, we could not find a more fitting song to start this encore part. The six members thank their audience one more time, before throwing the final song of the night with a second performance of FES☆TIVE’s best act: “OIDEMASE ~Gokuraku~”, in an extended version so we never stop dancing. 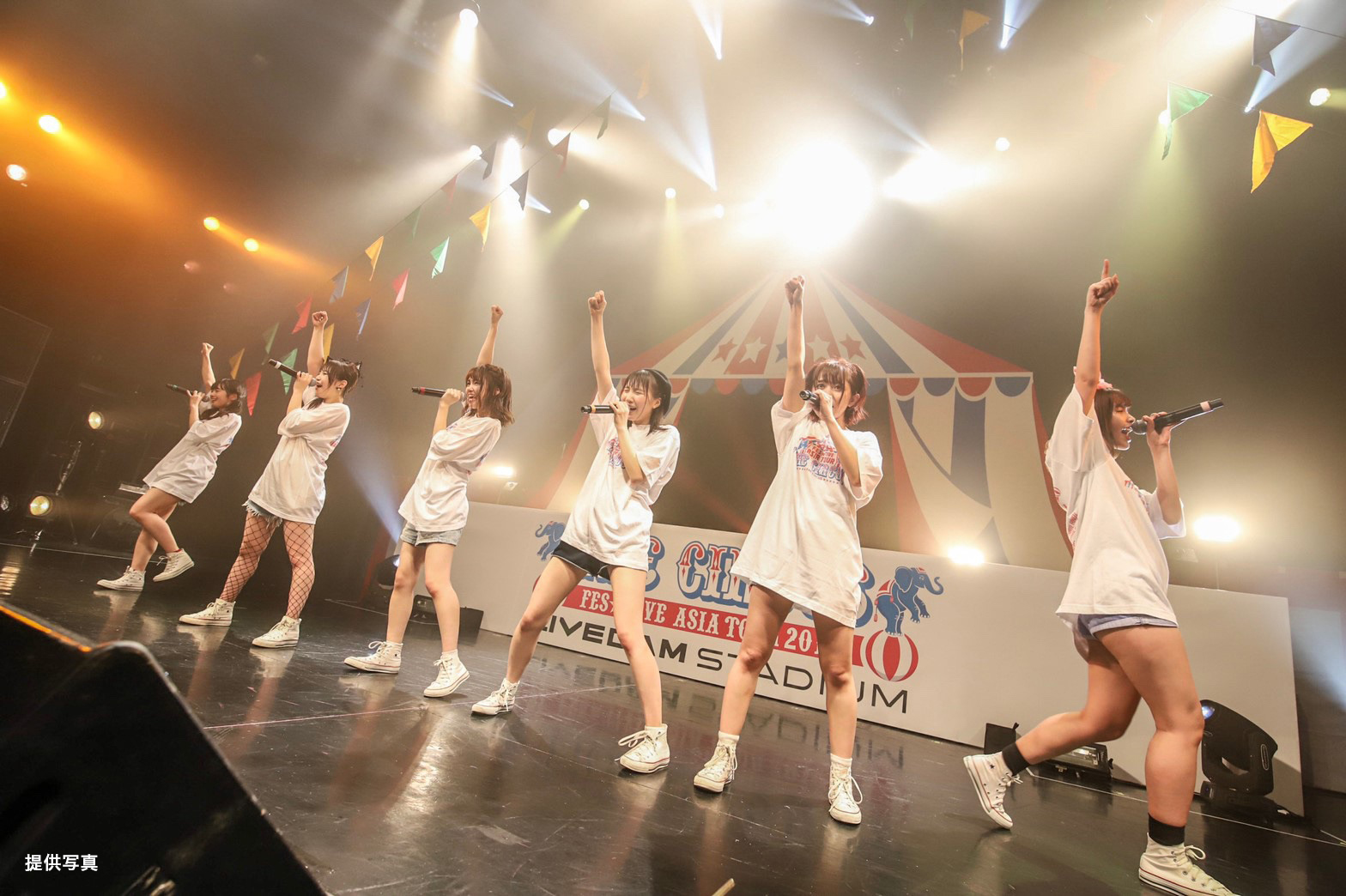 FES☆TIVE went through many hardships in the past few years, while having to maintain their crazy energy and live up to their reputation facing numerous line-up changes. But where a lot of indie idol groups fail, FES☆TIVE, led by Aoba Hinari, managed to reinvent themselves and own up to their legacy, becoming what we would now qualify as one of the best visual and musical shows of the Japanese idol scene.
After announcing their first Thailand-based sister group, we hope to see them stand on a French stage one day, much to the delight of their European fans. 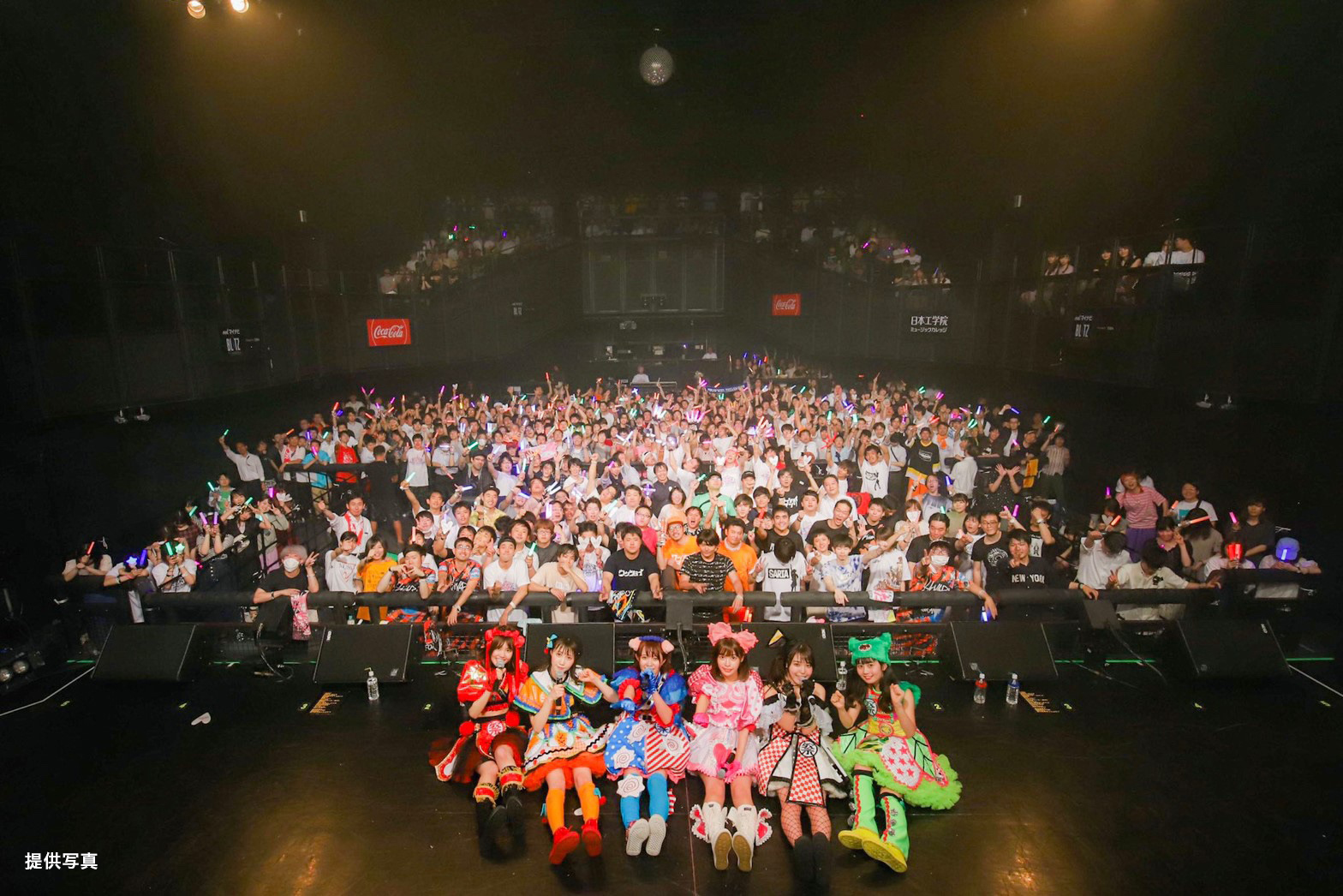 Huge thanks to the FES☆TIVE management for providing us with official pictures and letting us attend this event.
Article and translation by Melody