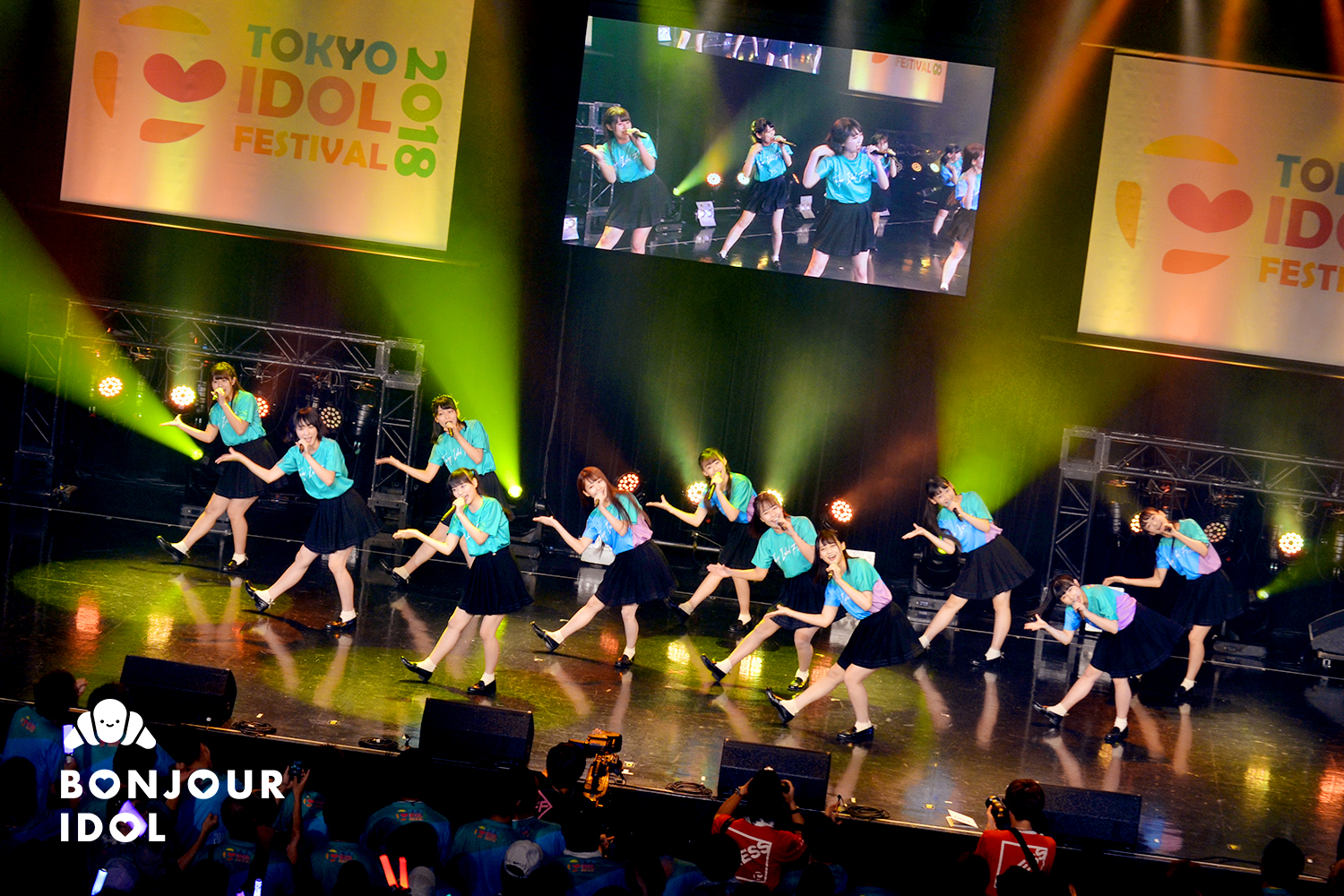 Our second day of Tokyo Idol Festival started off in a bang! Were opening the day at the Hot Stage a special collaboration act, for TIF tee-shirt wearing fans only (the tee-shirts, one for each day and one for the three-days span, came bundled with a specific type of entrance ticket to the festival), between PASSPO☆, Osaka☆Syunkasyuto and =LOVE.

After working out on some morning stretching exercise along with the entire audience, all groups were able to perform one song each. The Sashihara Rino-produced group, who debuted exactly one year earlier during the 2017 edition of the Festival, gave a cheerful perfomance of their first single, “=LOVE”. It was also the first original song they performed during their first appearance last year.

=LOVE was one of the highlights of this year’s Japan Expo in Paris, and more photos and videos are available in our full report here. 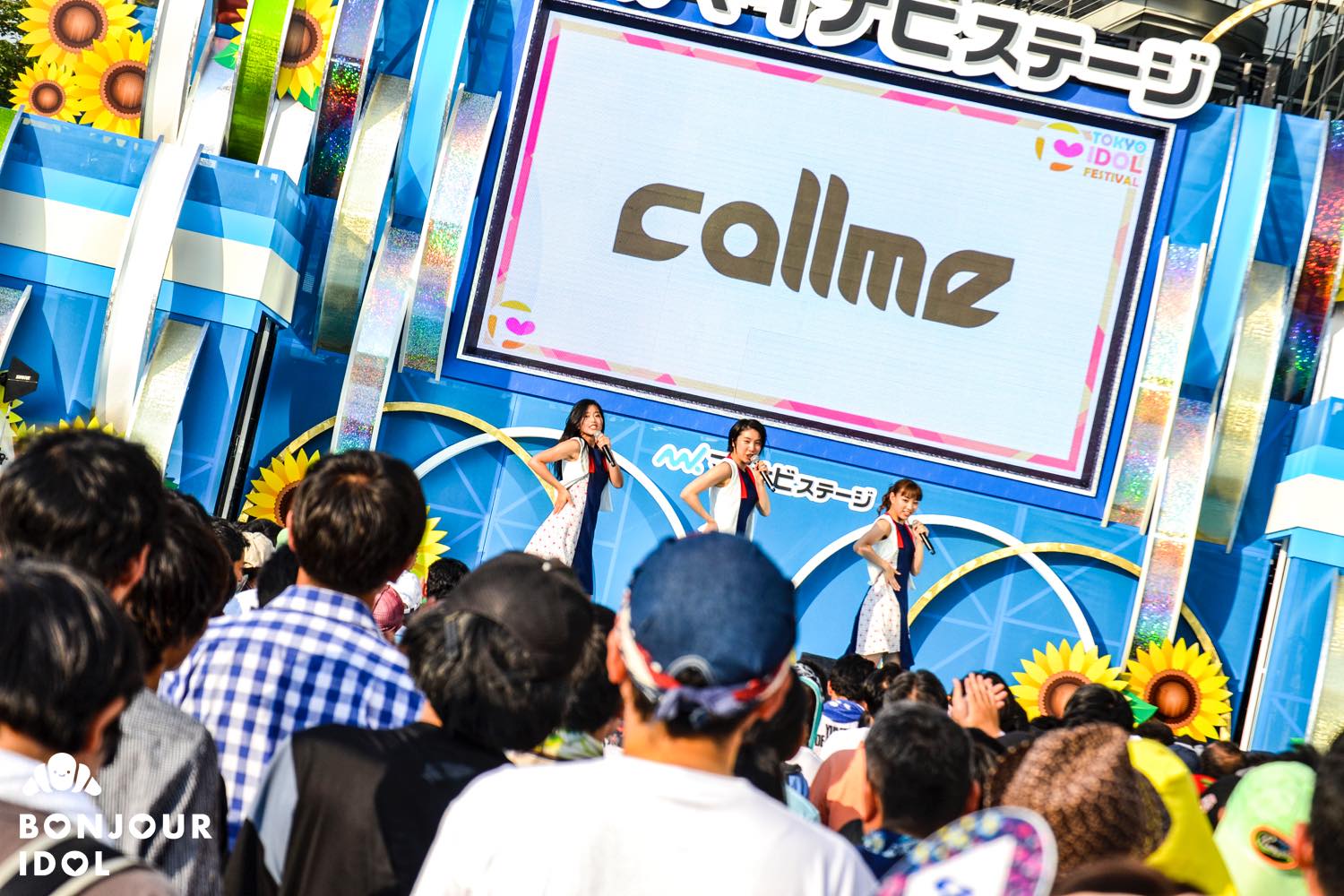 Dorothy Little Happy alumni girl group callme is also a staple to the Tokyo Idol Festival, as they perform on their stages every year. For this 2018 edition, they entertained the audience of both the iconic Sky Stage, from the top of FujiTV’s Wangan Studio building, and the Dream Stage.
Their usual refined swingy electro-pop style was a great way to wave goodbye to the festival on this third and last day, as they stepped on the Dream Stage in the late afternoon. callme always delivers some high-quality and sophisticated dance and vocal performances, and their music is definitely one you will soon heavily associate to summer idol festivals.

callme was one of the highlights of this year’s Japan Expo in Paris. We had the chance to meet them in an interview before their trip to France, available here. 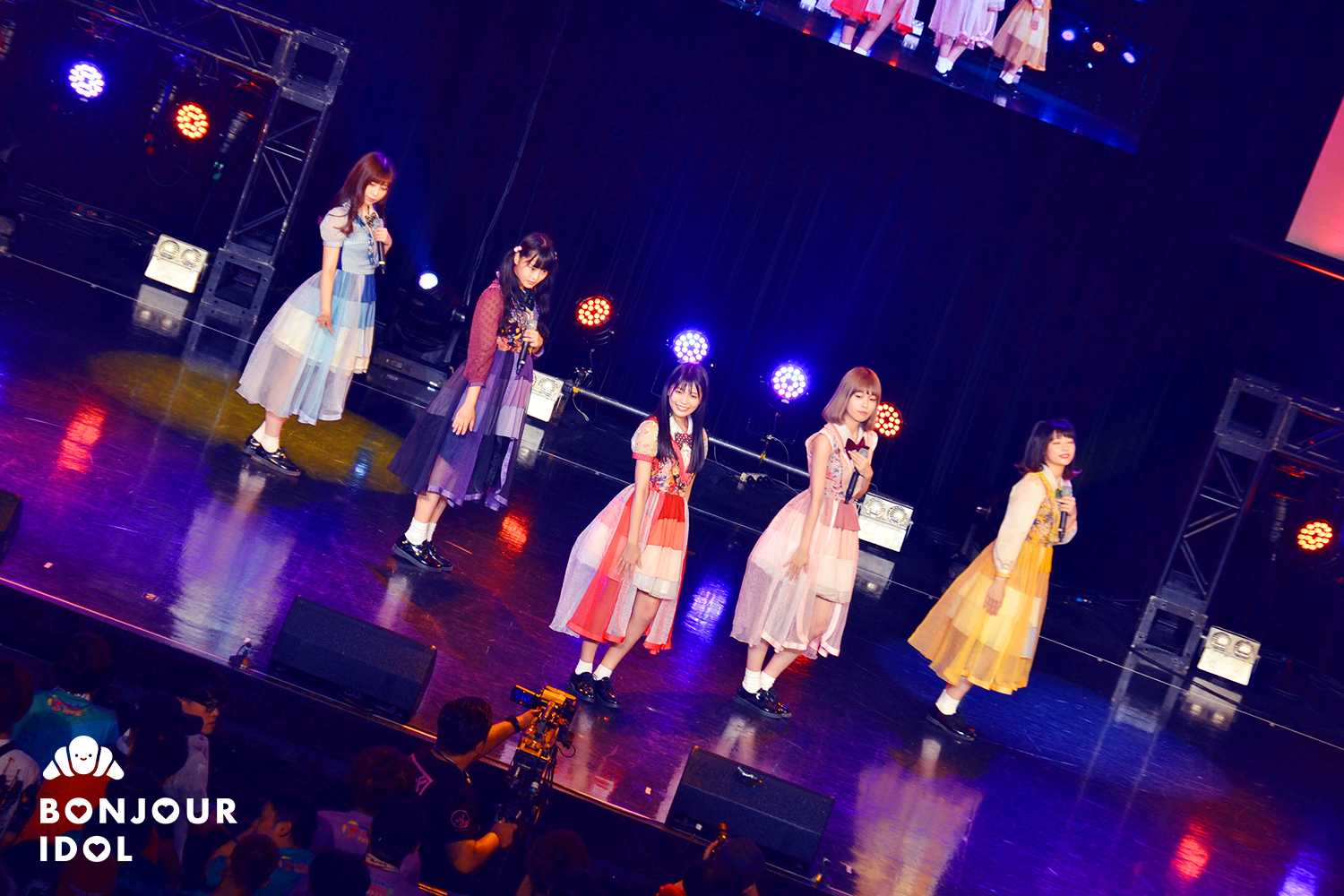 The wind is blowing strong for Maneki Kecak, who climbed their way up to the main stage this year again! The lovely members of one of the trendiest growing idol groups delivered one of their usual strange-but-cute performances on the Hot Stage.
Starting off with the usual and now legendary “Joudan janai ne”, Maneki Kecak also performed their latest single song “Kagami no naka kara”, currently tied-up as one of the theme songs for anime “Gegege no Kitaro”. The emotional “Kimi wazurai” closed their set, Fujikawa Chiai‘s voice resonating into the entire venue and everyone’s hearts.

Maneki Kecak will hold their first concert at the iconic Nippon Budoukan on September 24th, in which lead vocalist Fujikawa Chiai will also unfortunately graduate from the group. If you are around, make sure you buy your ticket for this milestone in the group’s history!

Maneki Kecak was one of the highlights of this year’s Japan Expo in Paris, and more photos and videos are available in our full report here. 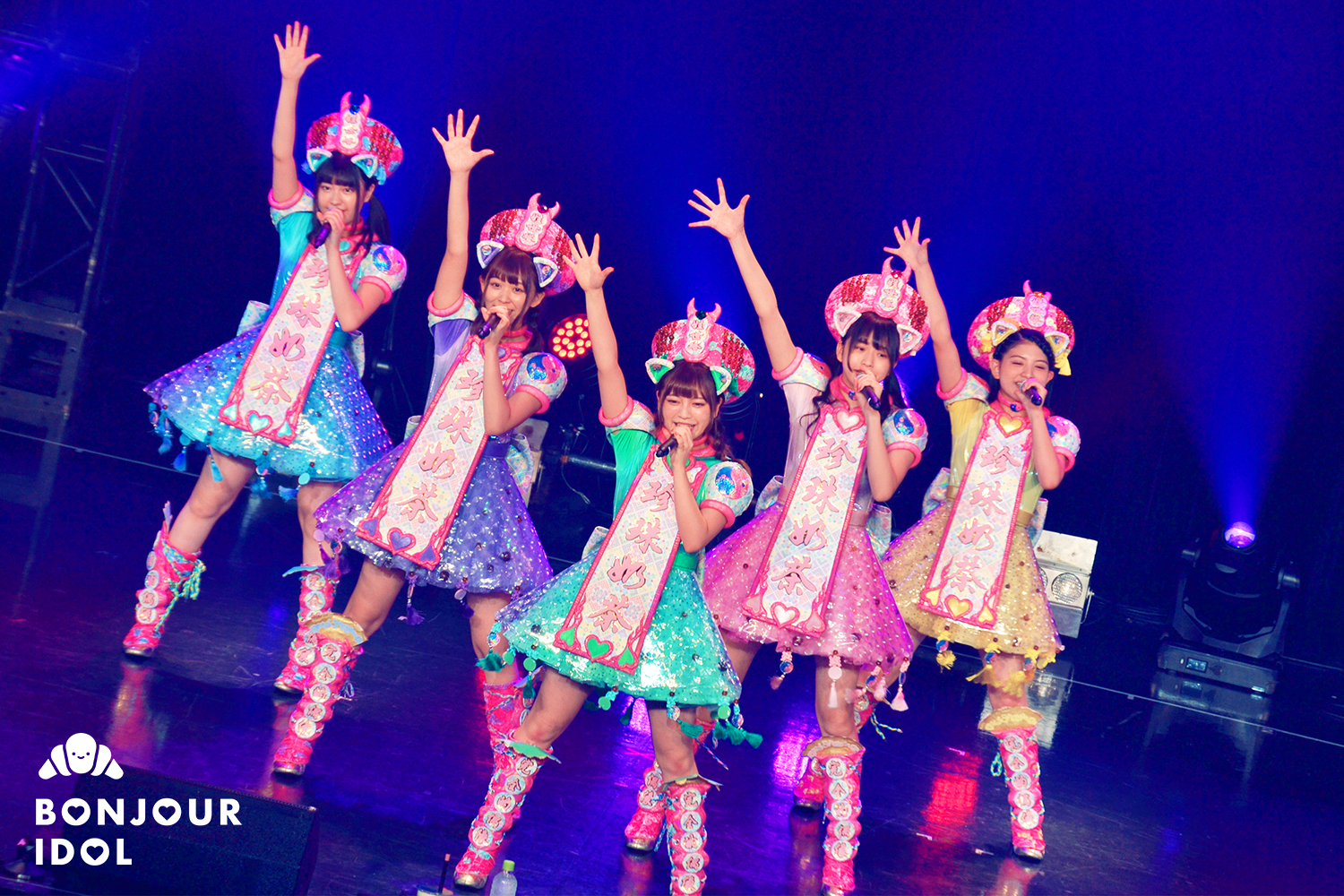 iDOL STREET’s trendiest idol unit The World Standard maintained the hype around their TIF appearance, as older sister groups Cheeky Parade and GEM both disbanded earlier this year.
Their usual cutesy high energy and cat ears never fail to charm the audience, in a swirl of colorful costumes and adorable smiles.

The World Standard aims to be the number one global idol group, and it seems like they are quite on track! After travelling to China, Singapore, France, Thailand, Taiwan and Malaysia, they will be headed to Madrid, Spain, for Japan Weekend in September.
They just released a collaboration song with Spanish duo Adexe y Nau, “Yo Quiero Vivir”, showcasing cheerful summer vibes between Tokyo and Tenerife (Canary Islands), stirring wildly positive reactions from fans all over the world.

Wasuta was one of the highlights of the 2017 edition of Japan Expo in Paris.