After three participations, the energetic idols of BANZAI JAPAN finally hit victory for the annual Tokyo Candoll contest. They will therefore be flying to Paris, France for exclusive live performances at Japan Expo in July. Bonjour Idol went to talk to them to ask a few questions, so we could introduce them to you all before the event!

Note: Nakano Himawari (Tokyo evangelist) and Sasagawa Sasa (Niigata evangelist) could not make it to the interview because of an another commitment in Niigata.

This is our first time meeting, could you just explain BANZAI JAPAN’s concept as a reminder?
Mei: BANZAI JAPAN is an idol group that was made to showcase the marvellous charm of Japanese culture through idol activities. We aim to spread the word and perform as ambassadors of all 47 prefectures all over Japan and the world, thanks to our specific music style and folding fans dances.
Fumi: Our musical style has many different types of music but is mainly inspired by traditional Japanese music, using a lot of traditional Japanese music instruments (wagakki). Our outfits are also inspired by traditional kimono and all our dances include folding fans as well!

What about your goal of spreading your energy throughout all of the Japanese prefectures?
Mei: We’d really like to have members from all 47 prefectures one day but we still have to work hard… we are only 14 of us now! (note: their trainee unit, ASHIGARU JAPAN, just added new members this month)

Your first and main song “Banzai Japan!” is available on Youtube and the title says you are aiming for Tokyo 2020 Olympics… can you tell us a little more about it?
Fumi: We initially started this because we wanted to become official supporters for the Olympics but it seems like it’s a bit of a stretch (laugh) But that was the idea behind it indeed!
Koma: The idea was that thanks to our idol activities, live performance, and even through our Youtube videos, we want to cast a shining light on Japanese culture! We’d like people who see us to feel inspired to come and visit Japan and our beautiful prefectures too.

We also saw all those prank videos you did as Imo Jersey (the name they use on Youtube for their comedy videos)! They were very funny!
Everyone: Ah, thank you (laugh)
Rima: Youtube allows us to show a side of BANZAI JAPAN that we cannot show through our performances or Twitter… We’d love to grow more like those famous Youtubers that children look up to now too! Thank you for watching (laughs)

Congratulations on winning Tokyo Candoll! Have you performed abroad before?
Mei: It’s the first time!

That makes us very happy that your first performance abroad will be in France! Are there things you want to do in Paris? Are you planning on travelling around?
Everyone: Eat some French food? (laughs)
Fumi: Well first of all, we want to deliver our best performance (laugh) we are given this opportunity thanks to our fans in Japan, but it’s our first time abroad so we really want to do our best to how BANZAI JAPAN’s charm to everyone there. Dancing in these beautiful costumes holding folding fans…
Mei: Yes, because if we deliver an outstanding performance to foreign idol fans, maybe it will get people to like and support us, and we might get to come back and maybe perform in more countries! That’s our current plan!

Japan Expo is in France, but it is the biggest convention in Europe and people from many other countries will be there to meet you. Can you speak some English?
Mei: …not really (laughs) We’re studying a little!
Fumi: But I think even though we don’t speak English or French, we can totally communicate with the people we will meet thanks to the Japanese and idol culture! By performing, dancing, singing, taking pictures with fans in our pretty outfits, I think we will be okay without speaking much English, we will bond just fine (laugh)
Rima: One of us is actually studying English and French right now (Nakano Himawari), but she couldn’t make it today, unfortunately…
Mei: We’ll ask her for help (laugh) 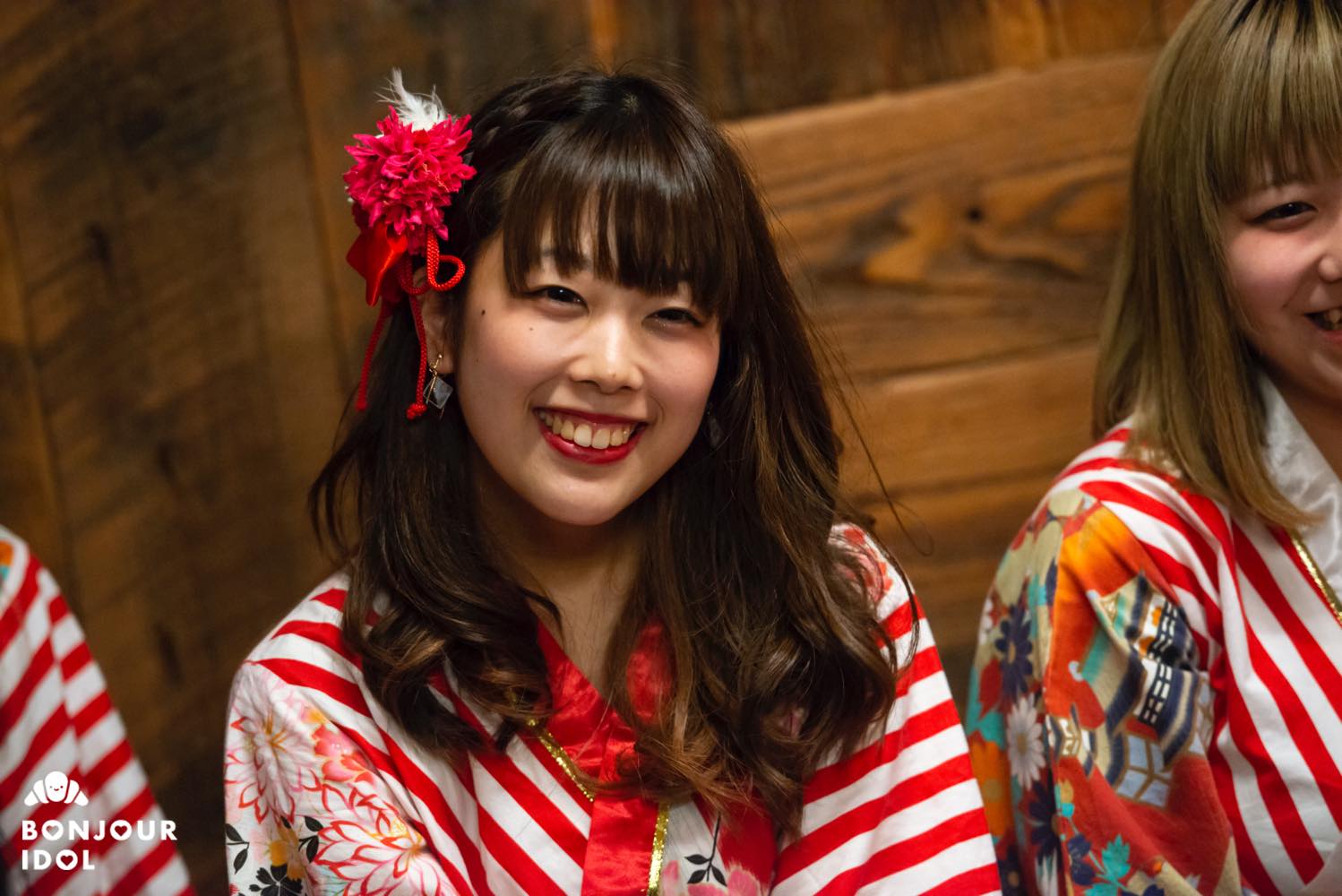 Idol fans in France are very excited about the idol guests each year. They’re also really excited to participate during live performances! Do you know some French words to talk to them when you meet them?
Everyone: Woah! Even MIXing! So cool!
Mei: We studied just a little (laughs) things like “Bonjour”…
Koma: “Merci” too…
Mei: And we practiced a little something all together too! Let’s say it… three, two, one…
Everyone (in unison): A bientôt à Japan Expo! (see you soon in Japan Expo)

That was perfect! France and Europe absolutely loves Japanese culture like anime or music, but do you like some things from France yourself?
Rima: I just went to see the new Amélie musical (note: the latest musical starring ex-AKB48 Watanabe Mayu in the lead role) yesterday! I really want to see all the places from the story…
Mei: Julia is really excited too…
Julia: Yes! For bread! (everyone laughing) But also more especially, I absolutely love French movies… my favorite is probably Amélie too! I think that of all the foreign languages I’ve heard, French is the most beautiful, I love watching movies in French, it makes me feel so happy just listening to the actors speaking…
Maria: My mom also really loves architecture and she got very excited that I may get to go and see it in real life… the buildings look so different from Japan, I really want to see this. 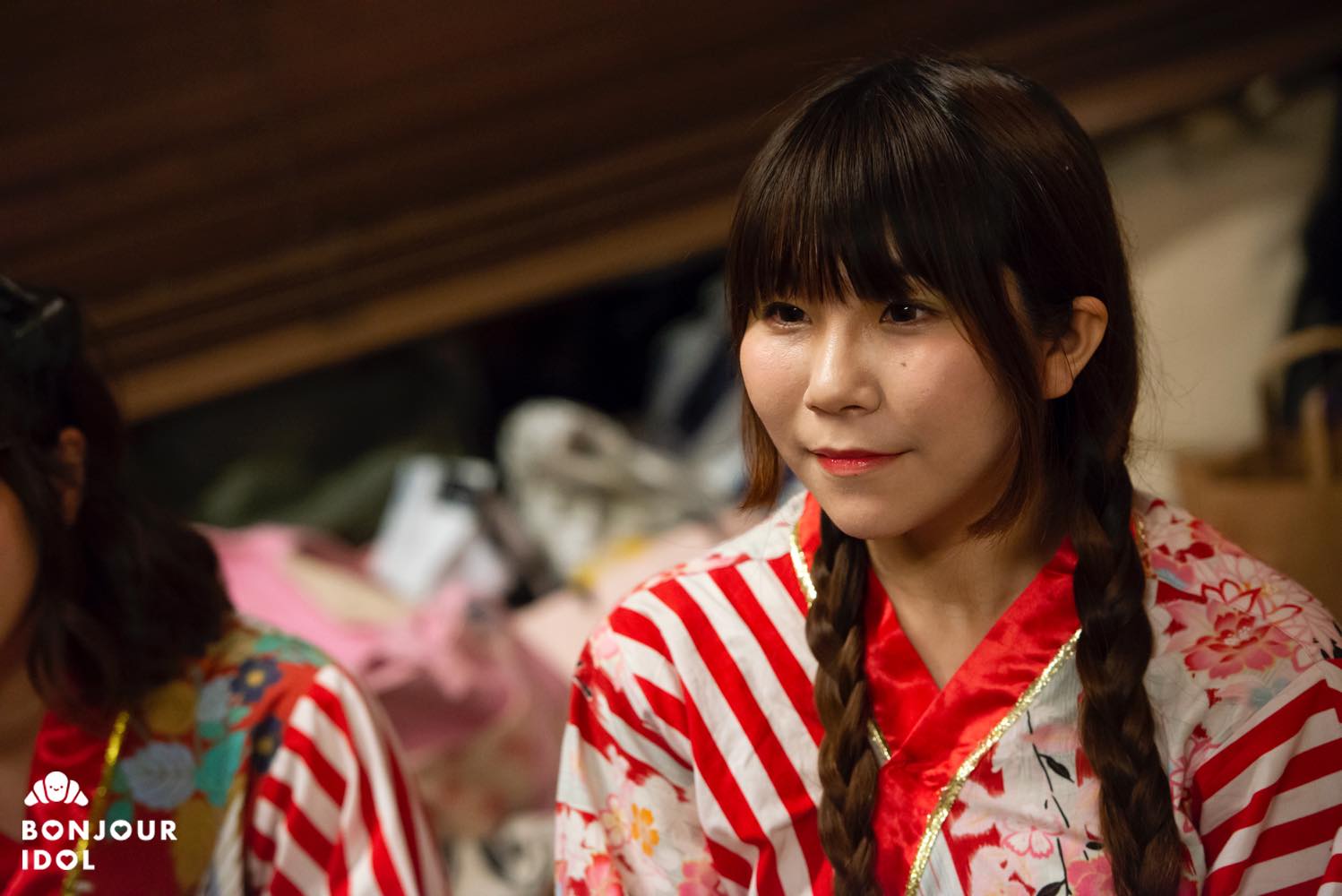 Speaking of bonding with people abroad, we also noticed that one of you here was a very big fan of Star Wars…
Rima: Yes, Himawari is a big Star Wars fan!
Shiori: She’s not here today but she sometimes literally wears only Star Wars clothing, even her socks are from Star Wars (laughs)
Mei: She’s the one studying both English and French!

BANZAI JAPAN has covered Hatsune Miku’s “Senbonzakura” before, and this song, and Vocaloid music in general, are extremely popular abroad. Are you planning on performing it in Paris?
Mei: We didn’t know that! That’s good to know, thank you (laugh) We were planning to only sing BANZAI JAPAN songs but now that you mention that…
Fumi: Maybe if we sing something very popular, it will attract more people?
Rima: Also dancing to Banzai Ondo? Like, bon-odori style?
All of them: Oh yeah, we should make everyone dance in a big circle all together, that would be so much fun! (laugh)
Mei: We will remember these precious advice, that is very helpful!

Back to BANZAI JAPAN’s activities – you participated and won Tokyo Candoll, you are also active in the mysta festa contests, Aidoru Matsuri, Showroom streams… what’s next on your journey to the Olympics after you come back from Paris?
Ayumi: I really want to try to do more formation dances…
Mei: What about big venues or events?
Rena: I’m from Saitama so I would really like to perform in Saitama Super Arena one day! But that’s still a long shot (laugh)

We noticed in these events that both other idols and fans have been praising your high energy and your big smiles. Have you made friends with other idol groups during these contests and events?
Everyone: Thank you!
Fumi: We totally did make friends! also we are all idol fans of some sort so we got really excited…

Sato-san is the resident idol fan, right?
Itsuki: Oh! Yes! That’s me! (laugh) I love idols! My favorite idol group is SUPER☆GiRLS… their costumes are so cute, and their songs are always so good, and all the members are also individually so interesting, I just love them so much…
Mau: I’m a big fan of Dempagumi inc too… we actually got to perform with them once for Aidoru Matsuri, and I really look up to them… I was so happy we got to stand on the same stage… 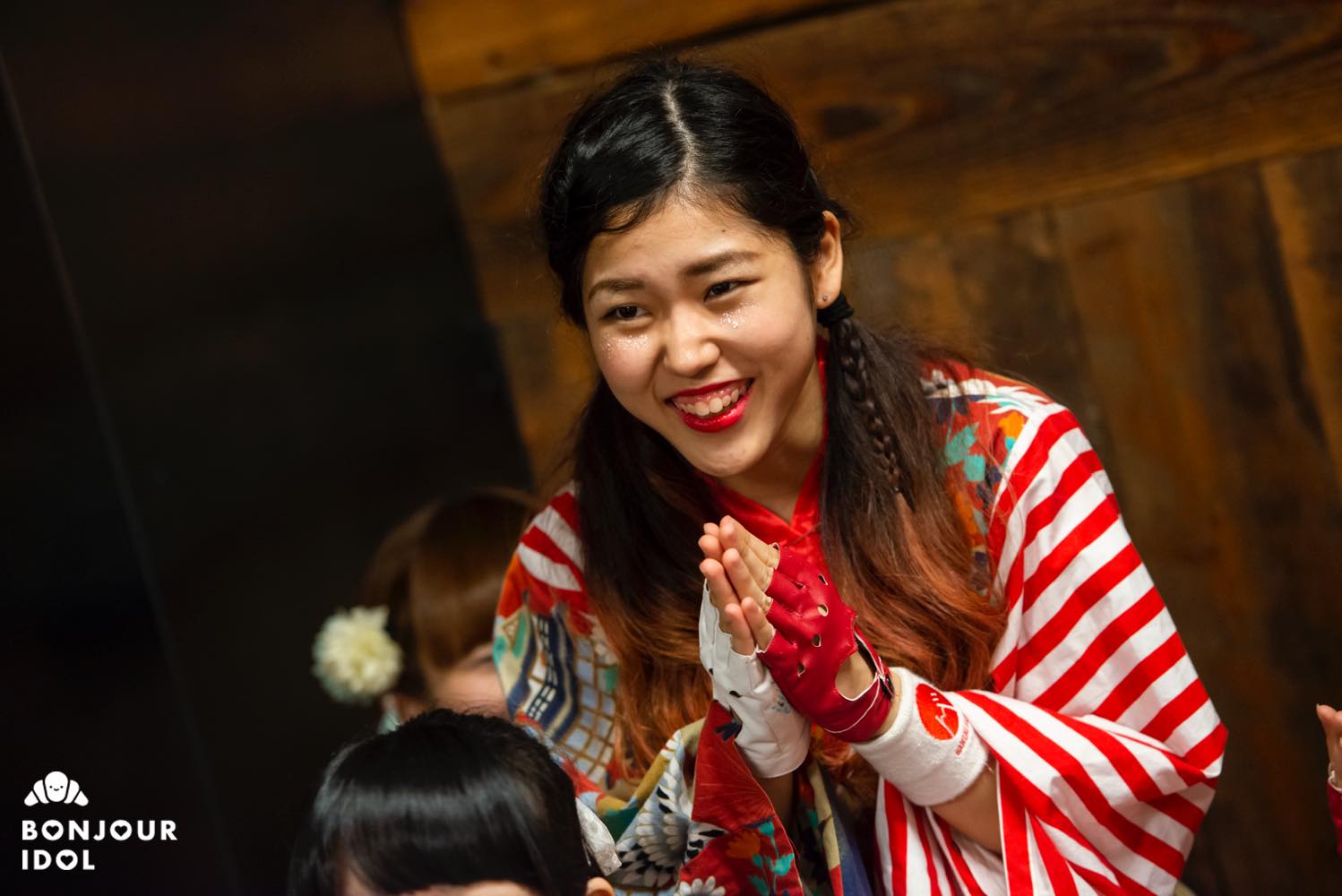 This turned into some kind of idol otaku talk in the best way! (laugh) We are approaching the end of our interview. For those who are just getting to know BANZAI JAPAN reading this interview, what songs would you recommend?
Koma: My favorite is definitely “Negaiboshi”! The dance is very cool, the style is very rock-like and it’s also a fan favorite here so I think people in France will enjoy it too!
Shiori: Also “Banzai Japan!” of course! It has so many words related to Japanese culture inside, and it truly shows not only the many faces of Japan’s magnificent charm that we are so proud about, but also BANZAI JAPAN’s spirit, I hope everyone will like it!
Fumi: Why did you just sound like you were giving a formal speech?! (laugh)
Staff: We actually have an English version of “Banzai Japan!” ready, but we still did not have enough time to nail it down during rehearsals. We really want to perform it at some point though.

Do each of you have a special message for our readers and those who will see you at Japan Expo?
Fumi: This is our very first opportunity to perform abroad and it is all thanks to our fans here in Japan, but now we really want show Japan’s marvellous culture to everyone in France, and we would be very happy if you’d come and enjoy our performance!
Rin: We want to show that both BANZAI JAPAN and Japan itself are beautiful places, and we would like to make people want not only to come to Japan, but to come to Japan to meet us. We’re looking forward to meeting everyone and we hope you will like BANZAI JAPAN!

Thank you for answering our questions and letting the world know more about BANZAI JAPAN!

As indie idol fans ourselves, we are very happy such an interesting group gets to represent them in Paris this year. Hopefully we see more from BANZAI JAPAN in the future and have a lot of fun in France!

Buy their music on iTunes 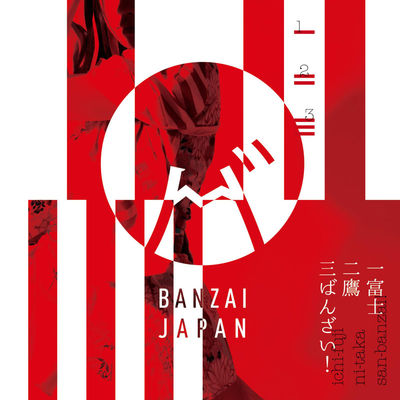