After travelling to Osaka and Nagoya as part of their Kanto and Kansai area summer tour, Iketeru Hearts ended their trip with a double performance in Tokyo on August 19. Fans gathered for both afternoon and night shows at Shibuya duo Music Exchange and everyone was extremely excited to see what the group had in store for this special day. We attended the final night time performance and will tell you all about the surprises that were announced for Iketeru Hearts’ future!

After their usual exciting introduction tune, the seven members appeared on stage wearing the pastel dresses from their debut single. They opened the day with their very first and latest single songs, Tsunku produced “Let’s Stand up!” and the dark “Zaishyou no Lucifer”, the youngest member, Nijika, already crying happy tears after a few seconds into the performance.
The group introduced themselves one by one in their usual first MC, and leader Arata Yuyu mentioned it being their last one-man live as a 7 people unit, as four new members were announced to be introduced on that final day!

Once the introduction over, the group went on a seven songs non-stop marathon, performing their most upbeat and happy tracks with all their energy. Manami Kazune especially seemed to be extremely excited as she was seen prancing on “Otomegokoro”, putting a smile on everyone’s faces! The segment ended with the group’s only ballad, “I will”.
As four members disappeared off the stage, Arata Yuyu, Usami Madoka and Tachibana Rie then led a small MC to introduce their final selection corner as a 7 people unit. After getting Yuyu to speak in Kansai dialect to please the fans who came straight from Osaka for this day, the three girls went on running left and right on stage to make a giant wave with the audience. “We were able to create such a cool wave because so many people came to cheer for us,” Tachibana said, before thanking the fans for their support.
Nijika, Uchida Kotone, Ochi Karin and Manami Kazune showed up again, wearing their newest costumes from the tour, and as they took position for their unit songs, their three comrades disappeared as well. For this corner, the four-people unit performed “Opera Fantasia”, and the three “wave” girls chose Afilia Saga’s “NEXT STAGE”.

For the following MC, the girls took some time to talk about the unforgettable memories they were able to create during this nationwide tour. “I have been thinking about the tour a lot, and travelling to meet fans in other cities made me realize how loved we are, and how happy I am right now,” Usami Madoka said, before bursting into happy tears, Tachibana Rie following soon after, and the rest of the group laughing. Yuyu followed with a little speech as well. “The path from trainees to being full-fledged idols has been very fun until now, everyone of us was granted amazing opportunities ever since we debuted,” she said, thanking the fans and staff, asking them to keep supporting the group for this next step.

The last segment of the main show was another song marathon, featuring the cooler side of the group, with both original songs and covers from their trainee days, and ending with the iconic “Sekai he habatake!”, the audience flapping their arms along with their idols.
The group then disappeared, to let the fans call for the usual encore…

This final part started with a video message, announcing the surprises promised by the members and staff a few days prior to the performance!
Starting from the group’s third anniversary live on September 7th, Iketeru Hearts will go through big changes! The group will from then on be produced by former Afilia Saga member Yukafin. Legendary music producer Shikura Chiyomaru will officially lead the group’s creative direction, with the help of musician, composer and songwriter Tom-H@ck (SuG, K-on!).
On the members side, it was announced that Arata Yuyu, although not graduating any time soon, would step down as the group’s leader, and the new leader would be confirmed in the near future. Finally, the most anticipated surprise was probably the four new members added to the current line-up, making Iketeru Hearts a 11 people unit starting from September! Imai Aki, Aise Risako, Shiroki Leia and Koizumi Shiika (photos below) are the new fresh faces for the group, and are all working as cast members for the Afilia maid cafe franchise, just like the rest of their comrades (aside from Nijika).
The announcements ended with the release date for the group’s 5th single and first single with all 11 of them, to be out on October 25th. 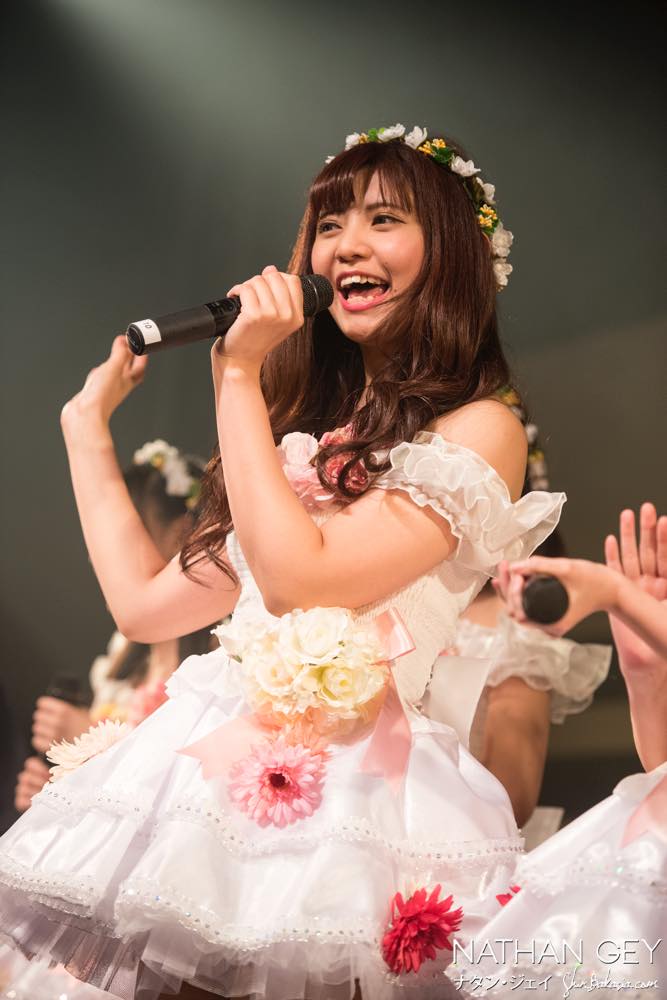 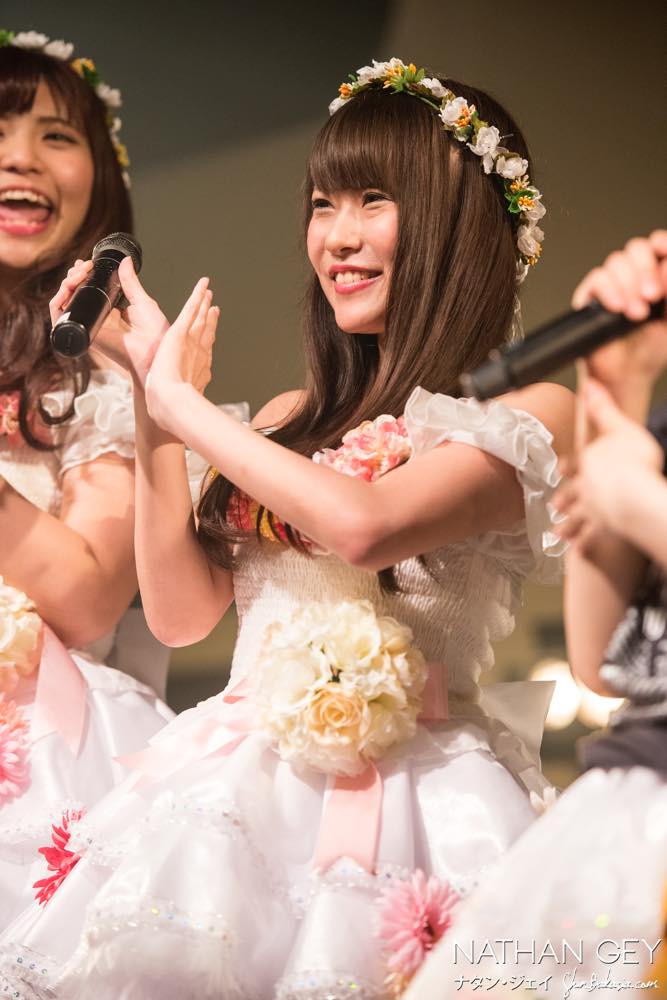 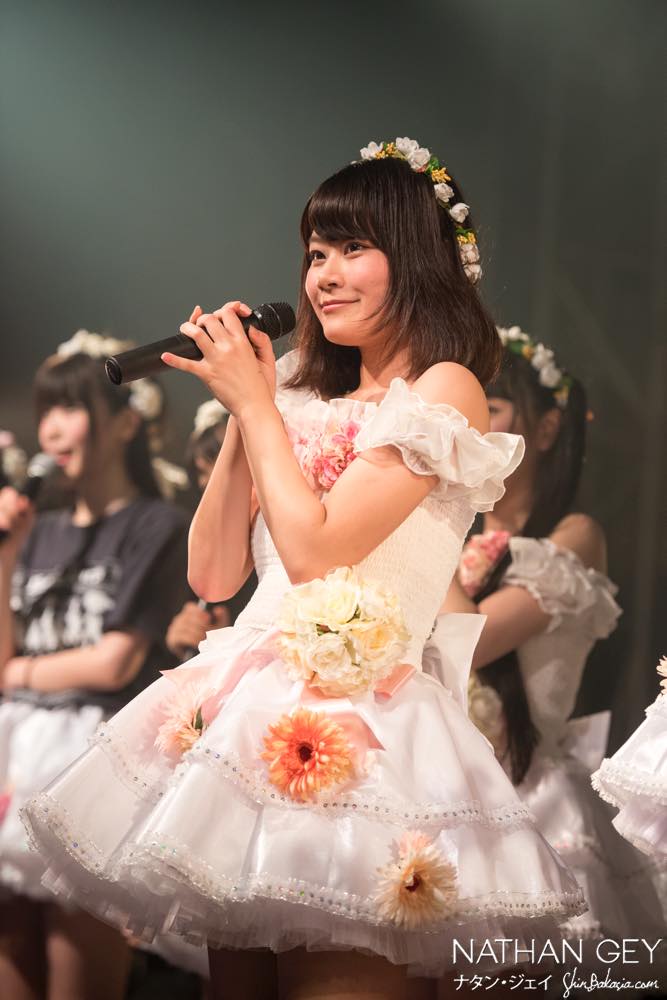 As new members Leia and Shiika joined the group on stage, they then sent the audience off with a special 9 members version of single “Lumica Jane”! Or so they thought…

…because the fans didn’t seem to have enough and started an unplanned double encore call!

As the girls came back on stage, looking happily confused, they thanked their fans for being so eager to see them perform. After an amusing improvised MC trying to figure out what song to perform last, the fans asked for the new members to join as well, making it the very first 11 members performance of “Sekai he habatake!” as the ultimate send off for this tour!

September 2017 will be the start of a big new step for Iketeru Hearts, as the unit is slowly picking up and living up to their status of Afilia Saga’s sister group. We will not miss this memorable anniversary live and are looking forward to seeing what’s next for Iketeru Hearts! 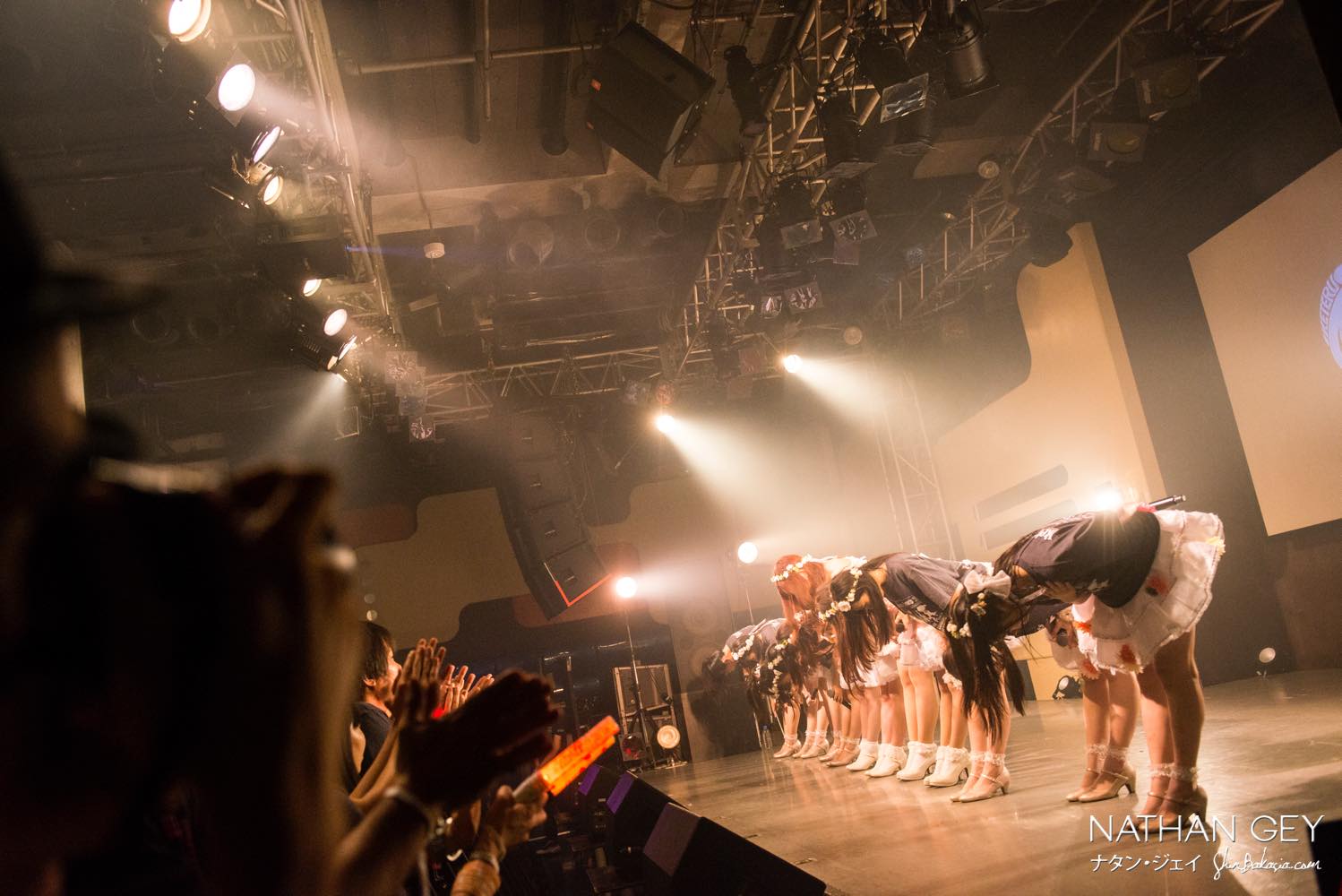 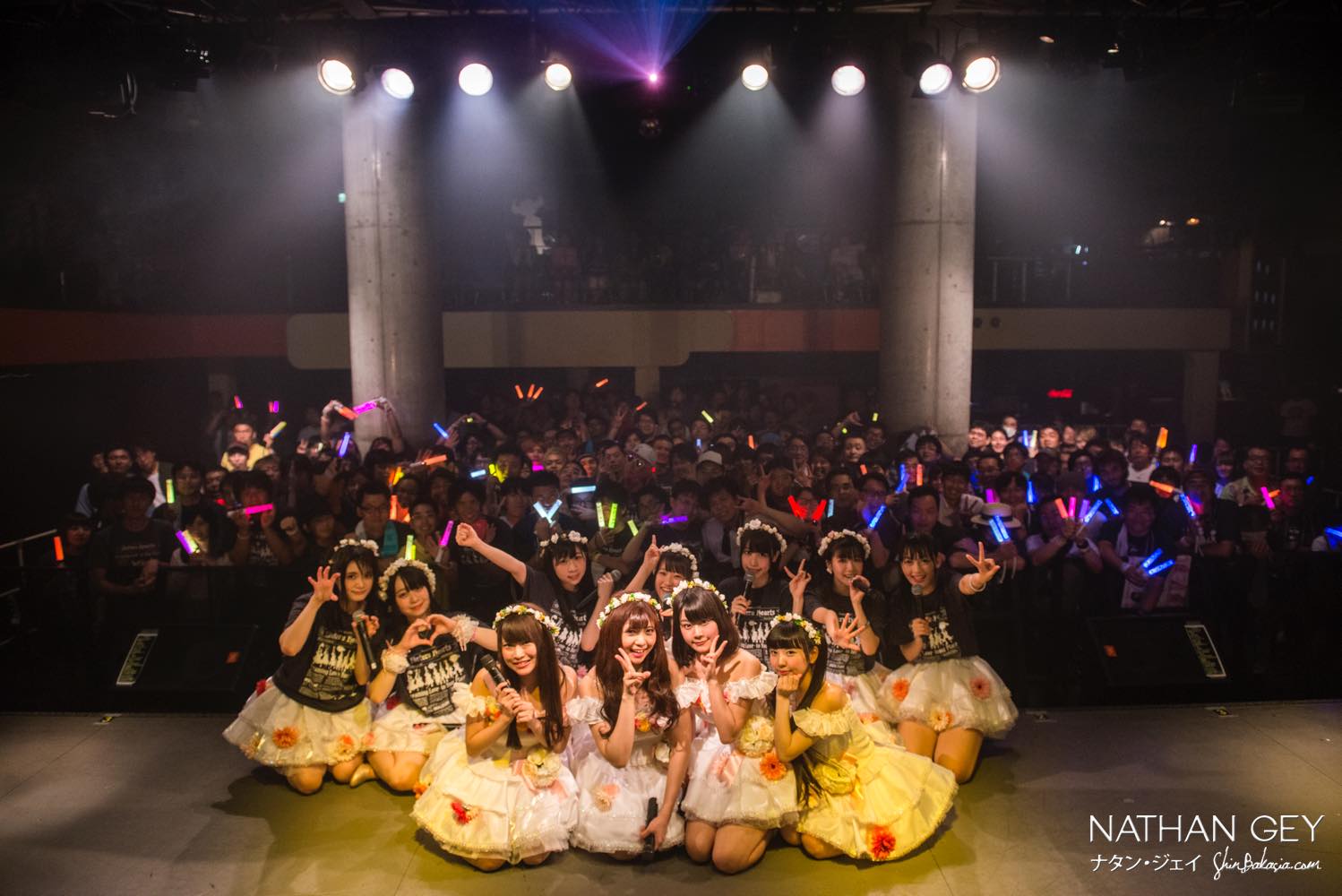