It was a night of redemption for CY8ER as they rang the bell at Tokyo Dome City Hall on June 23, 2019 for their biggest stage yet! Out for revenge after experiencing disappointing defeat on the same stage during Aidoru Matsuri 2017, it was a no holds barred performance from one of Japan’s fastest rising musical groups. 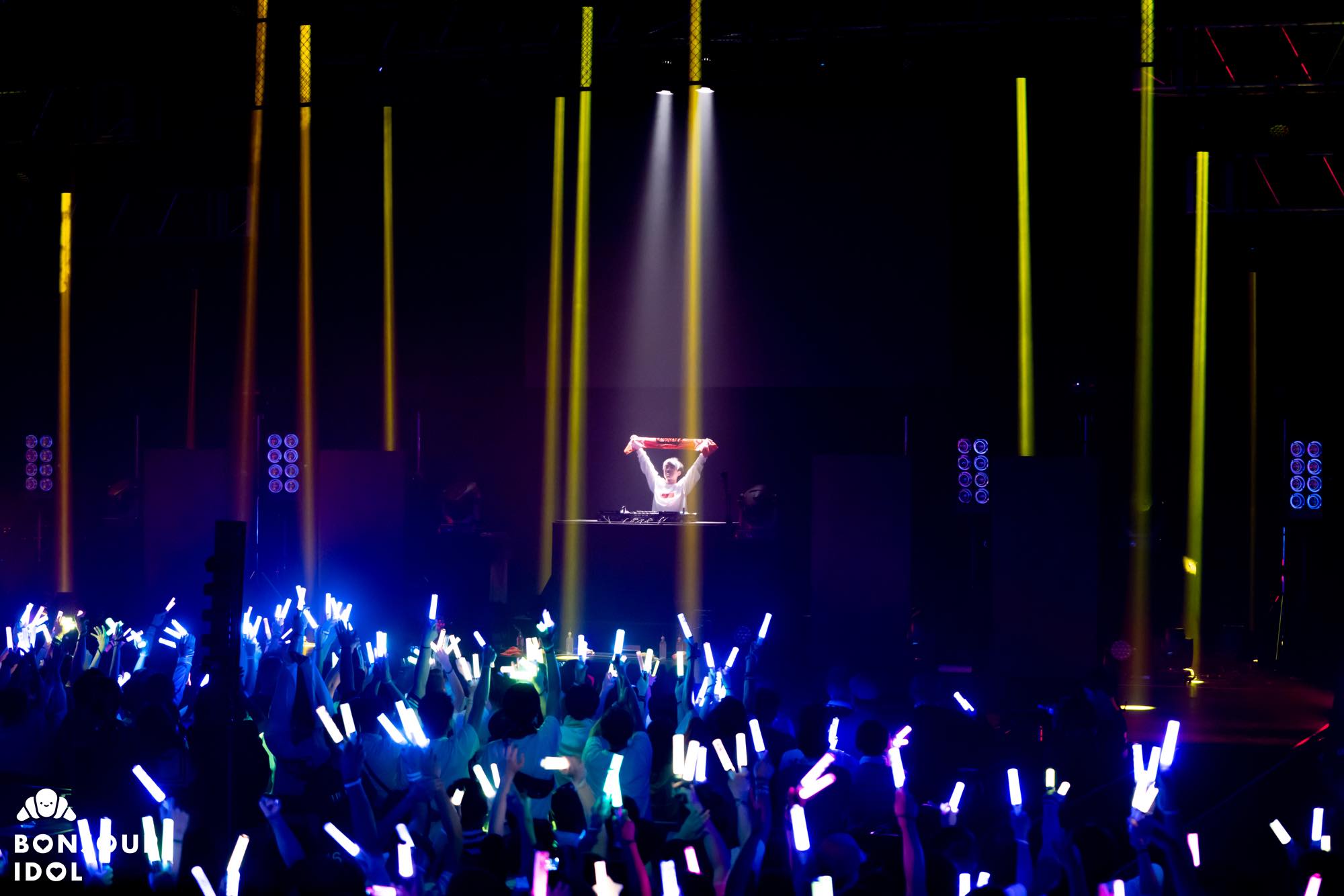 True to the pro-wrestling theme indicated by the title “DEATH MATCH”, the members of CY8ER were introduced with a dramatic video and the booming voice of an announcer wearing a striped referee outfit. DJ and music producer Yunomi took his place behind his console, holding up a towel as a steel cage was lowered in front of the main stage.

CY8ER burst onto the stage in brand-new costumes which fused together elements of Pretty Cure magical girls and sentai ranger uniforms, attacking right away with the new song “Tokyo Rat City”. The floor shook and brightly shining pen lights were raised high as the mood continued to heat up during “Kokuhaku Warp” and “Tokyo Innovator”. 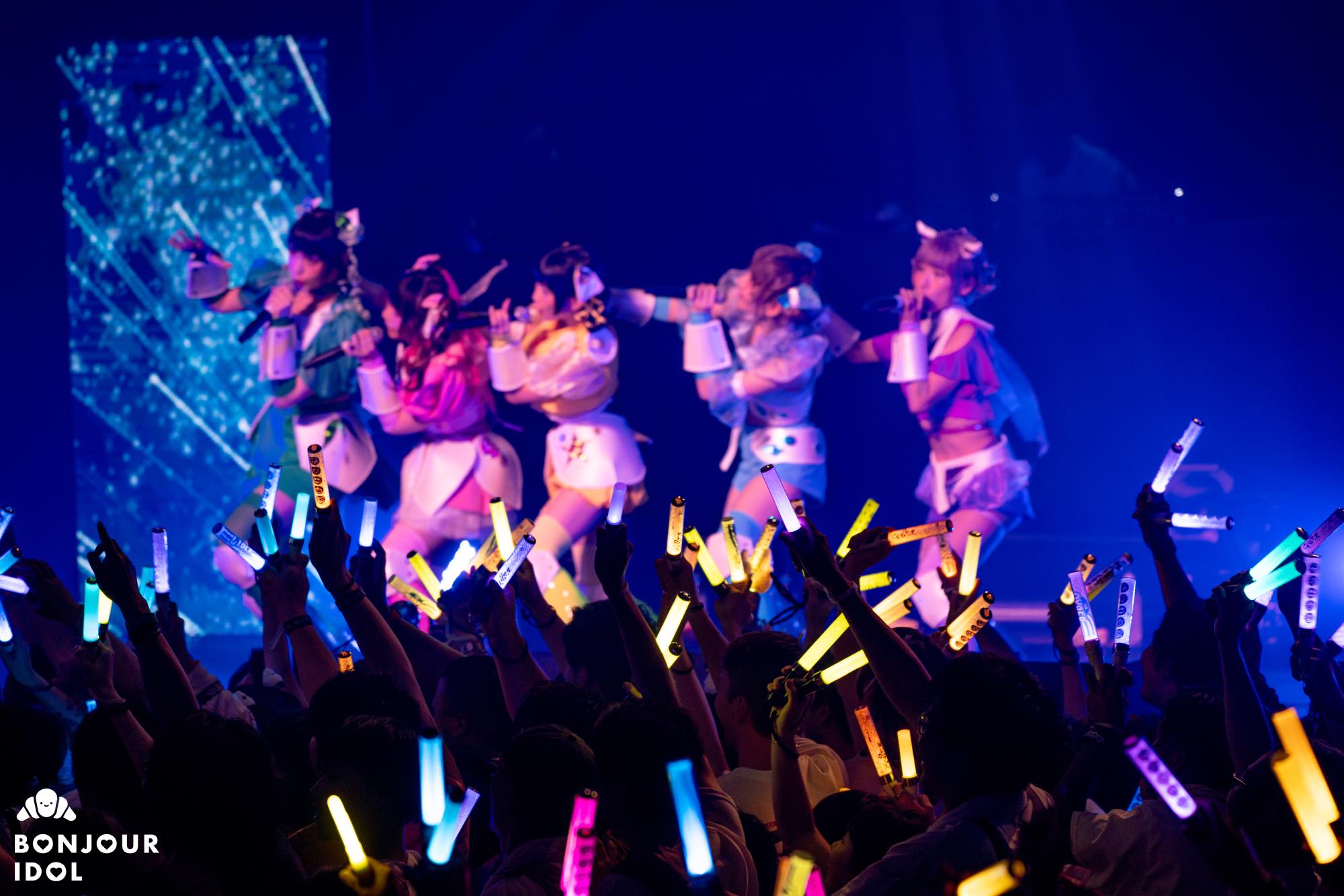 Moving out onto the walkways extending out from the main stage, the members of CY8ER engaged the audience in several call-and-response exchanges before punching their way through “Kakusheemu” and “Next, Door”. After a quick series of self-introductions done in battle rap style, CY8ER moved over to the center stage, which had beams of light acting as wrestling ring ropes. Upon entering the ring, the members engaged in a mock-battle to kick up the intensity during “Kataomoi Wazurai”. From there, the music took a turn for the nostalgic with the bouncy tunes “Hakuchuumu” and “Dokidoki Parirarura” as CY8ER made their way back to the main stage.

The melancholy piano intro of “Space Time” rang out, sending the performance in a gentler, more emotional direction, which continued on with “Yakusoku” and “Te to Te”. 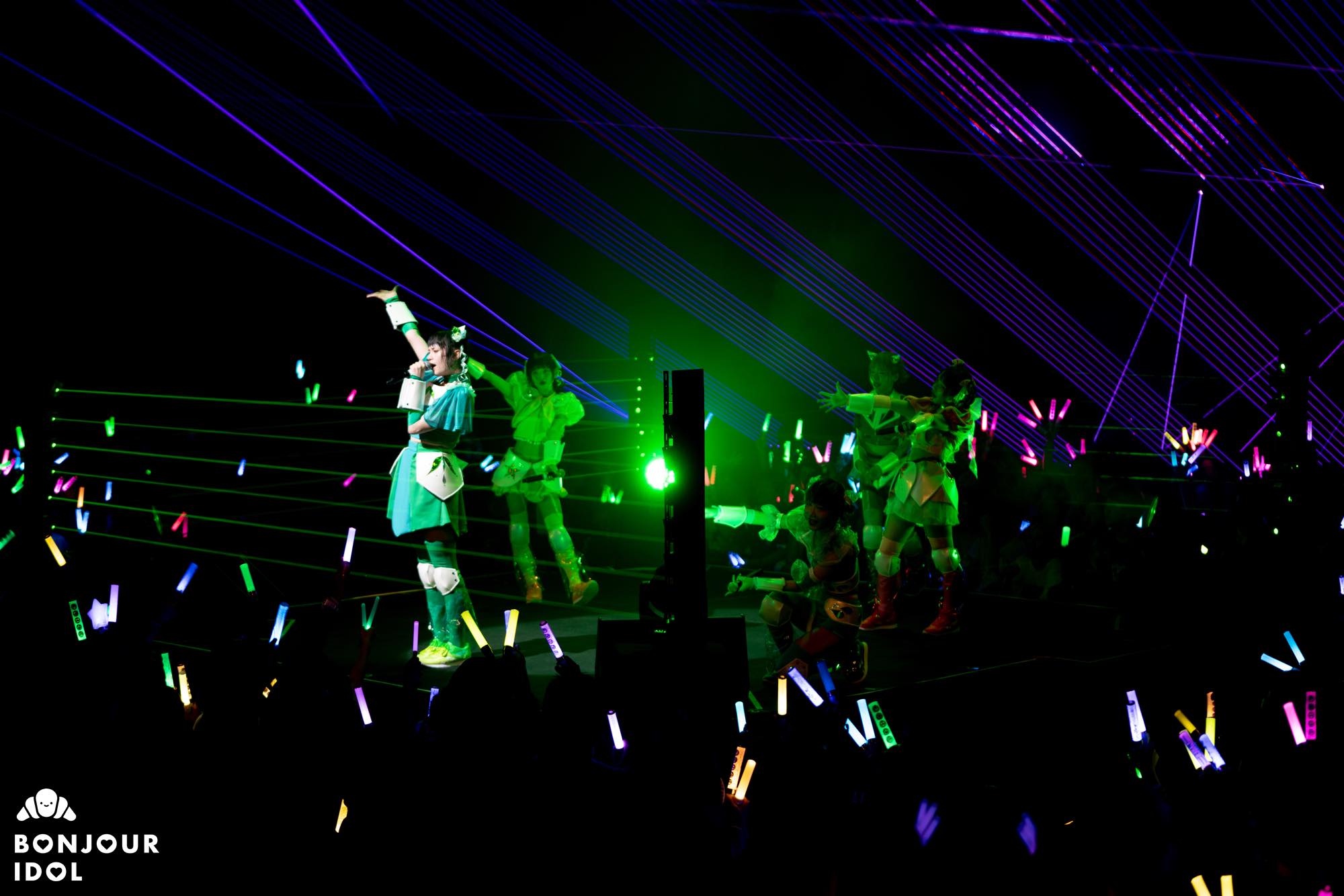 Just abruptly as the hot, humid summer arrived in Japan in 2019, Fujishiro Anna switched up the mood as the shouted out for everyone to clap along to CY8ER’s anthemic “Summer”. The party kept going as the members strutted around the stage to the snappy saxophones of “My Life” and the tightly-wound trap beats of “Spotlight Theory”.

Taking a quantum shift with the ethereal “Time Trip” and “Good Luck”, CY8ER then jumped into hyperspace amidst a barrage of laser beams during “Guru Guru Continue”, climaxing as the crowd surged like a stormy ocean to “Remix Start”. Closing out with “End Roll”, CY8ER thanked the audience, bowed, and left the stage. 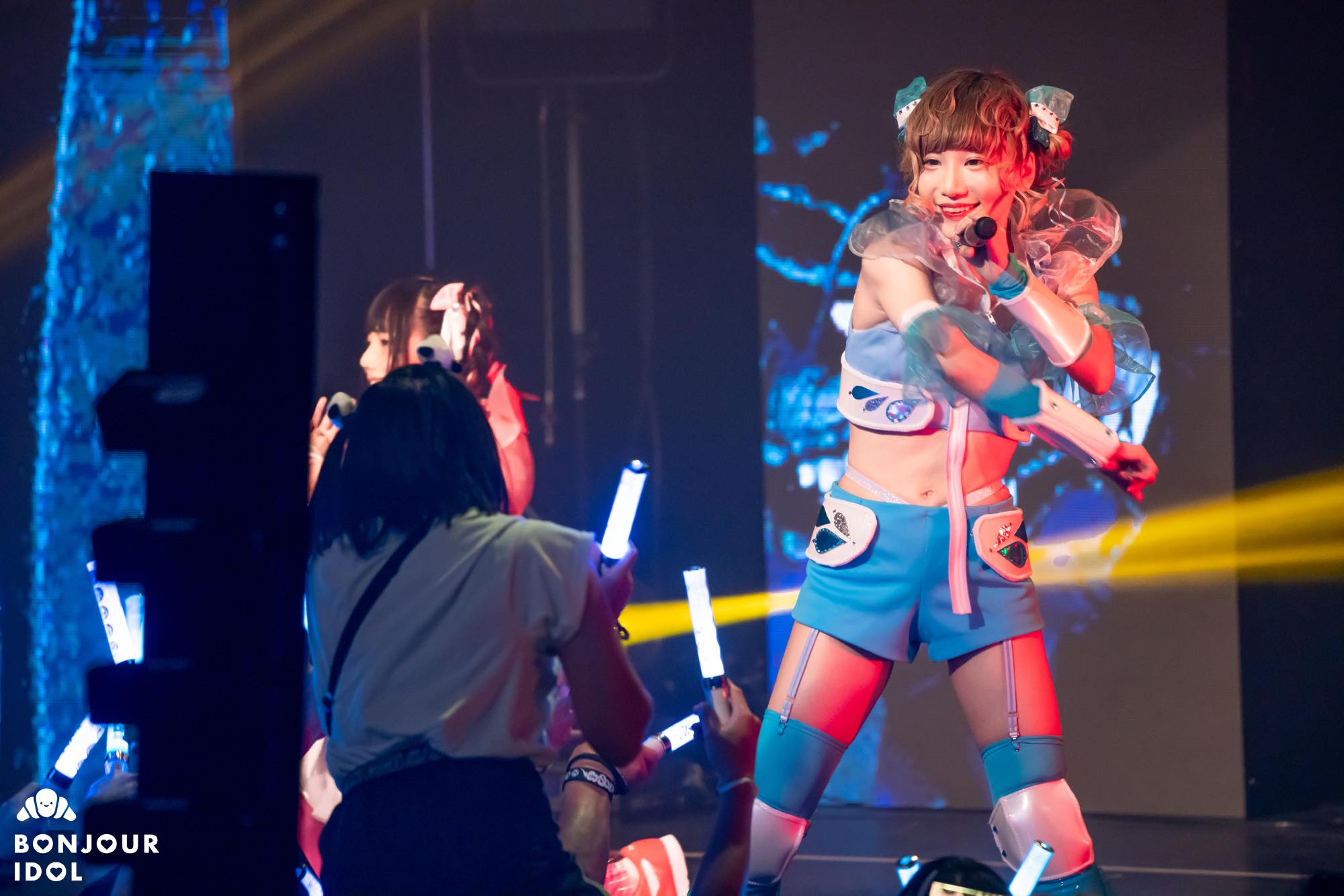 The encore claps began immediately, accompanied with a special Fujishiro Anna call to commemorate her birthday (June 22). CY8ER made their return to the stage several minutes later. Starting with Yunomi, the members of CY8ER share their thoughts on the day and give their thanks to everyone who made their way to Tokyo Dome City Hall, founding member and president of CY8ER’s agency, Ichigo Rinahamu concluding and announcing CY8ER Fes, an all-night event to be held at the legendary night club Ageha in November.

An explosion of energy swept through Tokyo Dome City Hall as the encore blasted off with “Goshuu”, the crowd rising up towards the stage and lasers slicing through the air to the jackhammering beats. Banging and clapping through “Hello New Generation”, CY8ER closed out their historic evening with “Sayonara Flashback”, a tune that blends together the past, present, and future of the group. 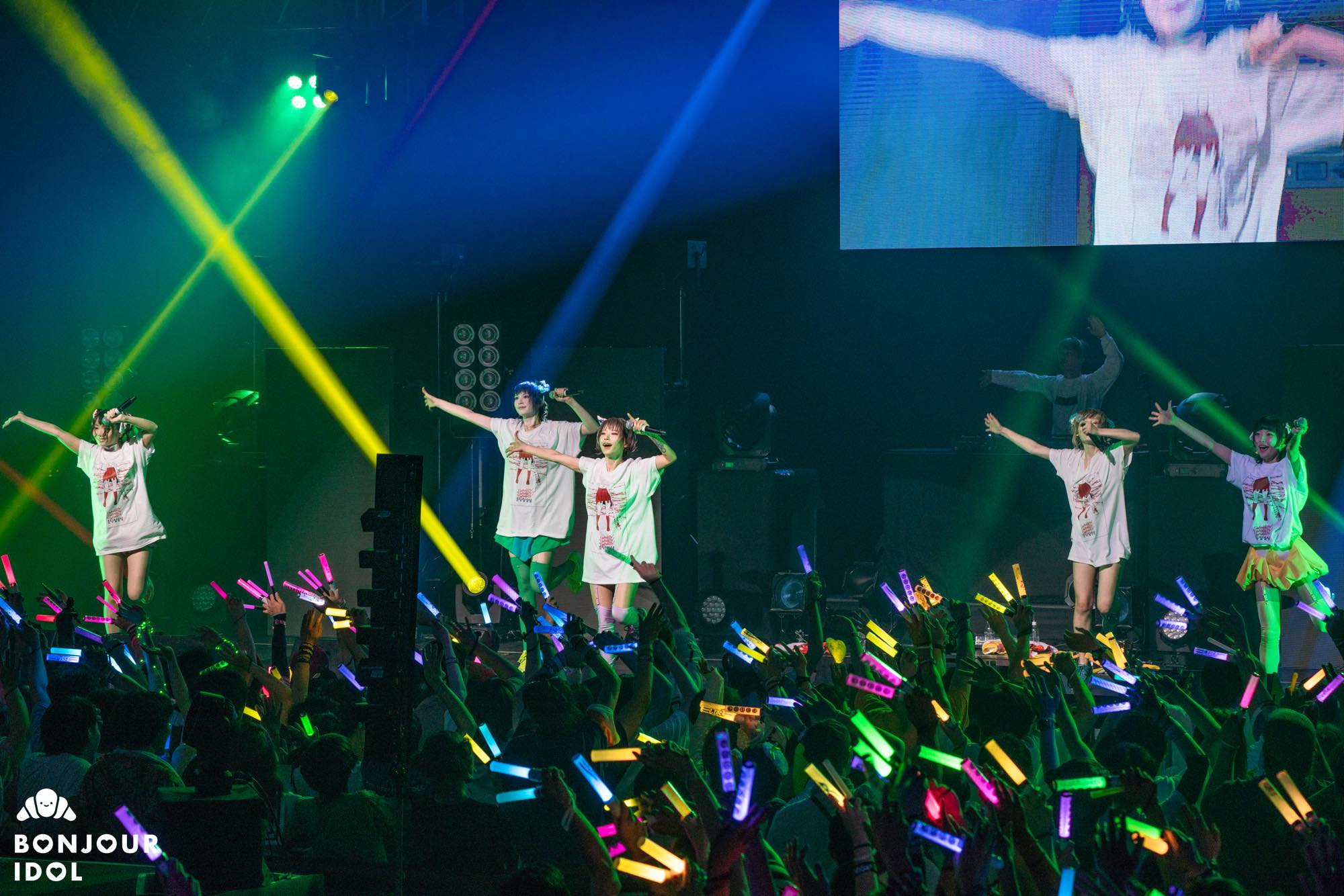 From their early days as the duo of Ichigo Rinahamu and nicamoq known as BPM15Q until their name change and the addition of new members in 2017, CY8ER has been riding a rising tide of popularity. Having conquered Tokyo Dome City Hall in 2019, it will highly anticipated where they will go from there. 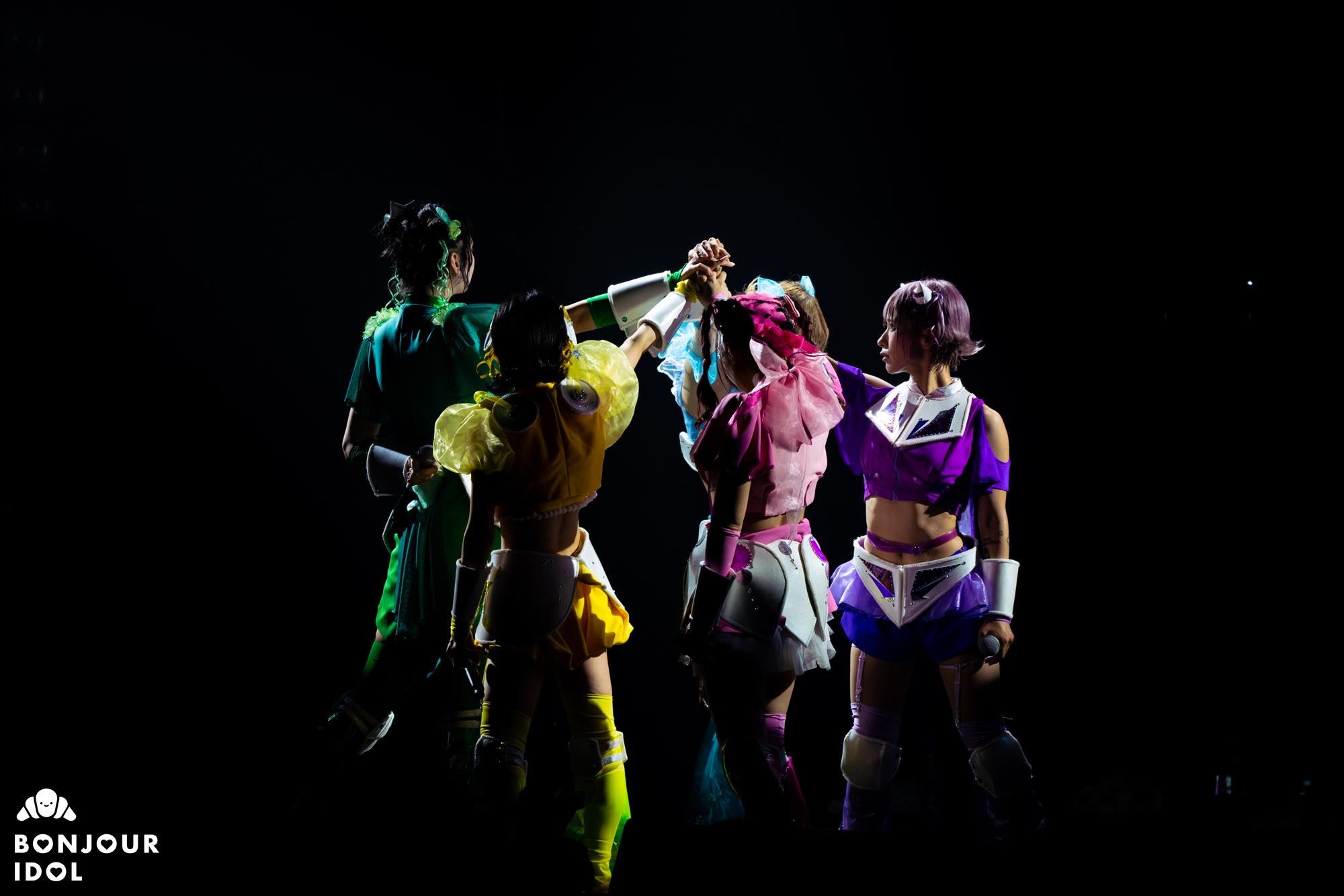 Huge thanks to the CY8ER management for letting us attend this event and take pictures.
Photos by Ryan
English article by Kai, French article by Melody

CY8ER
This site uses cookies in order to offer a better browsing experience: Find out more