After six years and a half of brightening up the fans’ hearts with her energy and smile, youngest member and leader of Iketeru Hearts Nijika bid farewell to her career as an idol this December 19th.

It was an eventful day at Dance Hall Shinseiki as a couple of idol groups were invited for an afternoon joint performance with Iketeru Hearts. Zenryoku Shoujo R and Ange☆Reve took part of this big farewell party for their friend Nijika, with an energy that lived up to the star of the day. 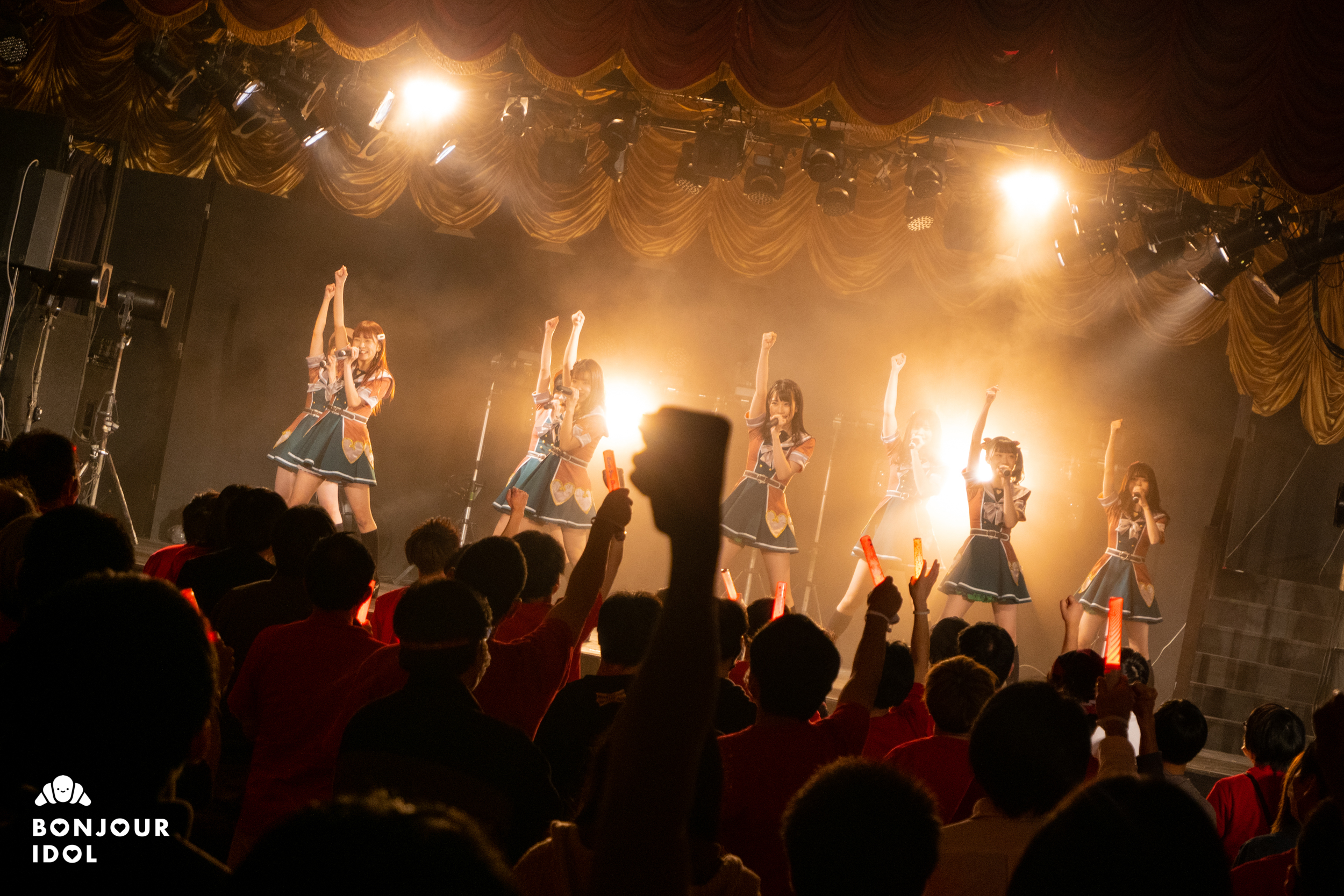 The curtains opened again for the night performance, starting with the group’s latest song, the epic “In the name of love 〜Ai to iu mei no moto ni〜”. Iketeru Hearts’ latest single and first release with their 3rd generation, “Never stop love”, made sure to get the atmosphere pumped up with its catchy swingy vibes.

Starting from their debut single “Let’s stand up!”, the members went on with the cheeky cutesy tones of “Girl, me♡”, then got the audience waving their hands up in the air on “Sekai he habatake!”. “ORIGAMI” painted the stage under a rainbow of colorful lights, as an homage to Nijika’s first name (虹 : niji, rainbow), and the segment ended on a dramatic note with “Lumica Jane”. 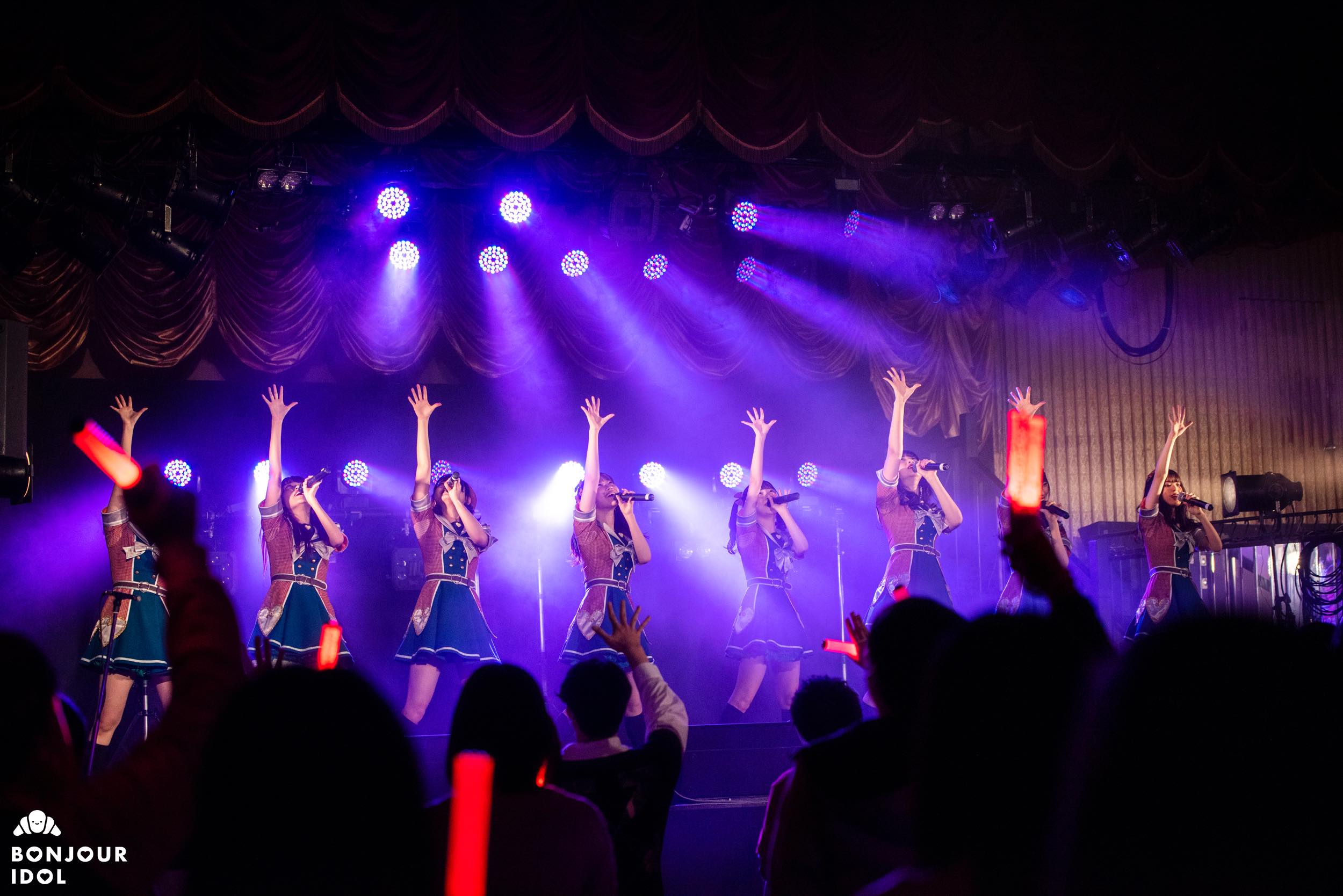 The usual “select corner” took an exceptional turn as all three of Iketeru Hearts’ generations joined their graduating leader on stage to perform one song each. Nijika and 3rd generation members Yuzuki Nanaha and Fujisaki Shizuku started off with the bubbly “Shrimp Girl”. She then joined 2nd generation members Aise Risako, Imai Aki, Koizumi Shiika and Shiroki Leia on the nostalgic “Drawing Again”. Original members Tachibana Rie and Usami Madoka then took their turn for “Believe in my dreams”, all three groupmates playfully interacting with the crowd in the middle of the song.
The segment ended on Nijika taking the stage on her own for a solo version of “LOVE♡LOVE♡LOVE”, Iketeru Hearts’ love declaration to their fans, before being joined again by the members.

After a short MC, the next segment opened with the group’s first anime tie-up song, “Rosetta Stone”. Combining party anthem “Ike Ike BIG HEARTS” and the upbeat “Otomegokoro” is always a hit for the audience, and this time proved it once again. The rhythm did not calm down with “Zaishyou no Lucifer”, “MARIA”, “HEARTS OF JOURNEY” and “Karma Stripe”, and the main part of the concert ended up with a couple of very appropriately-titled tracks: “Kibou no Chizu” (“the map of hope”) and “Happy End”. 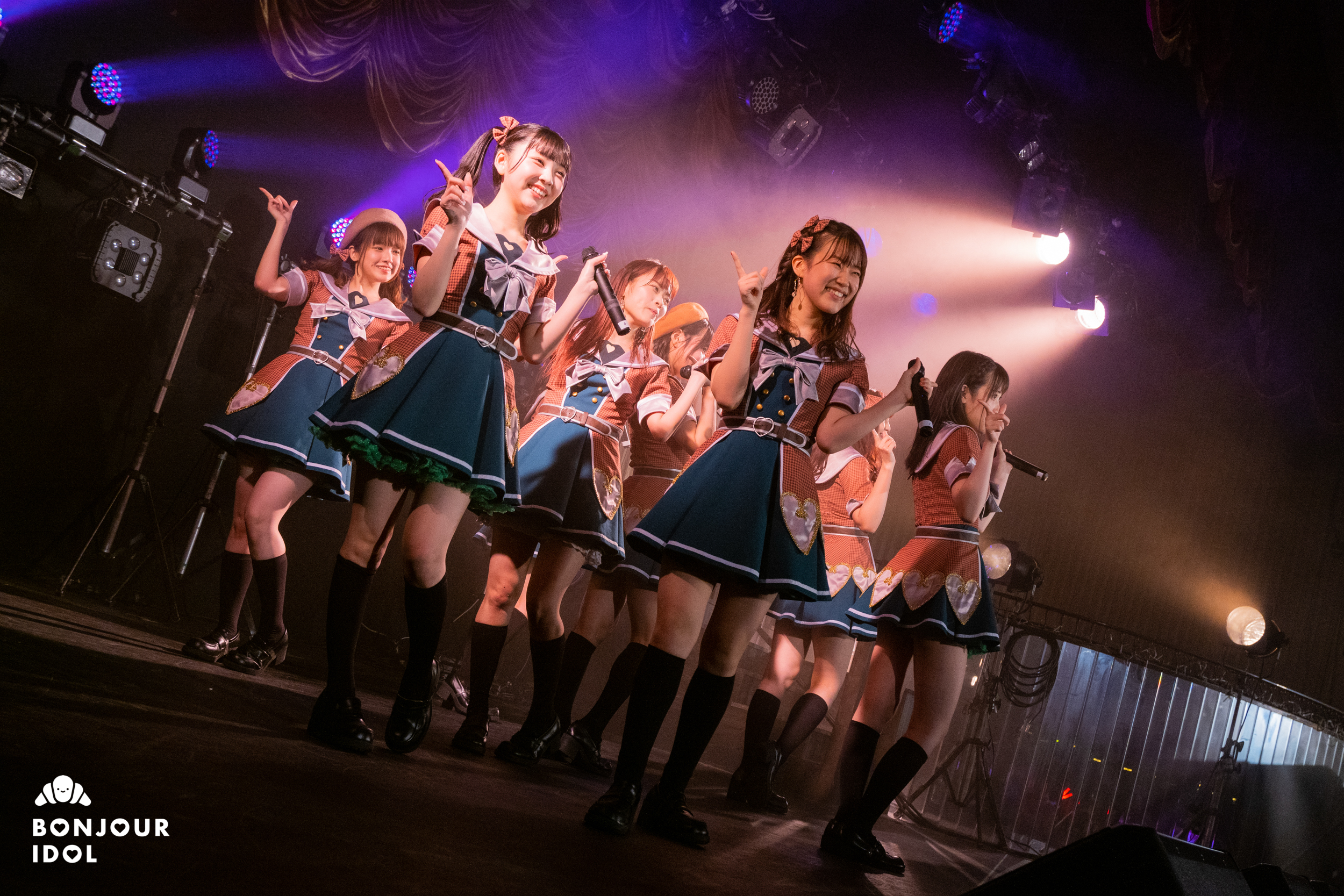 Despite the measures against the corona virus not allowing the audience to shout an encore, the fans immediately started clapping to bring the members back on stage. The encore opened on a series of heartfelt messages from the members to Nijika. Iketeru Hearts appeared again wearing red tee-shirts, and Nijika had changed into a beautiful bright crimson dress for her graduation ceremony. They joined voices on “I will”, as the members and audience started feeling overwhelmed with emotions.
Nijika then read her own message to the audience and her fellow members, first with a light-hearted energy as she is looking forward to her bright future. The tears started rolling when her fellow members, whom she had earlier called her “big sisters”, surprised her with flowers, a graduation certificate and personal messages, before singing the last songs of the night. The encore closed on all time fan favorite “KAKERA”, then on a bright and positive note with “Sparkle☆Power”.

Nijika turned a six years and a half-long page on her idol career as a member-then-leader of Iketeru Hearts. The all-rounded talented young woman is looking at pursuing a career in the entertainment business and we might not have seen the last of her performances.
We look forward to seeing what Nijika does next, as well as where Iketeru Hearts are headed. A fourth generation is coming up very soon and we are sure whoever will be in charge next will carry on Nijika’s legacy as best as they can! 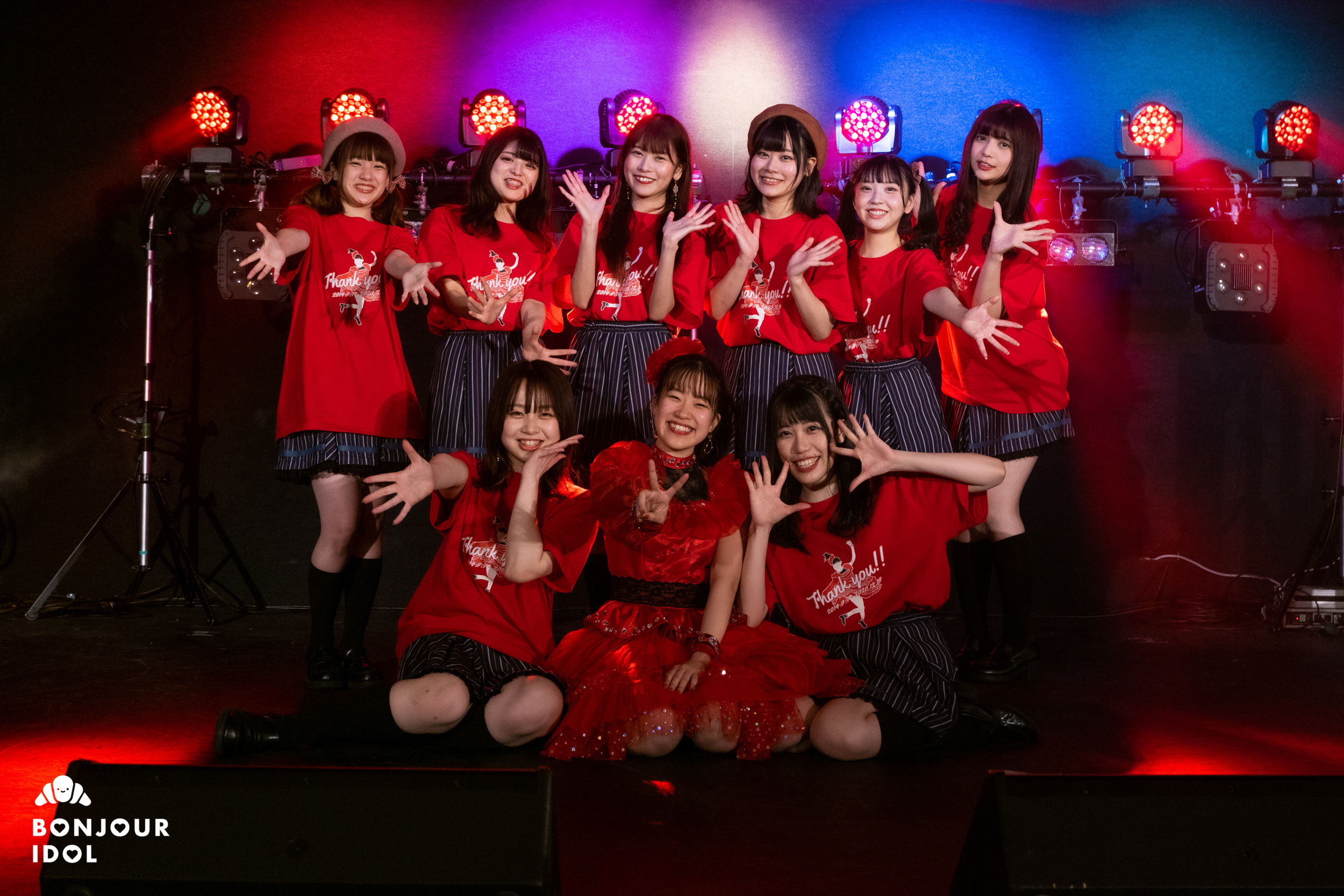 Photos by Melody and Kai.
Article and translation by Melody