We had a date with our favorite magical girls from Junjou no Afilia on December 23rd, for their Christmas special live! Fans gathered at CLUB QUATTRO in Shibuya to dance and sing along with their idols for this special occasion. 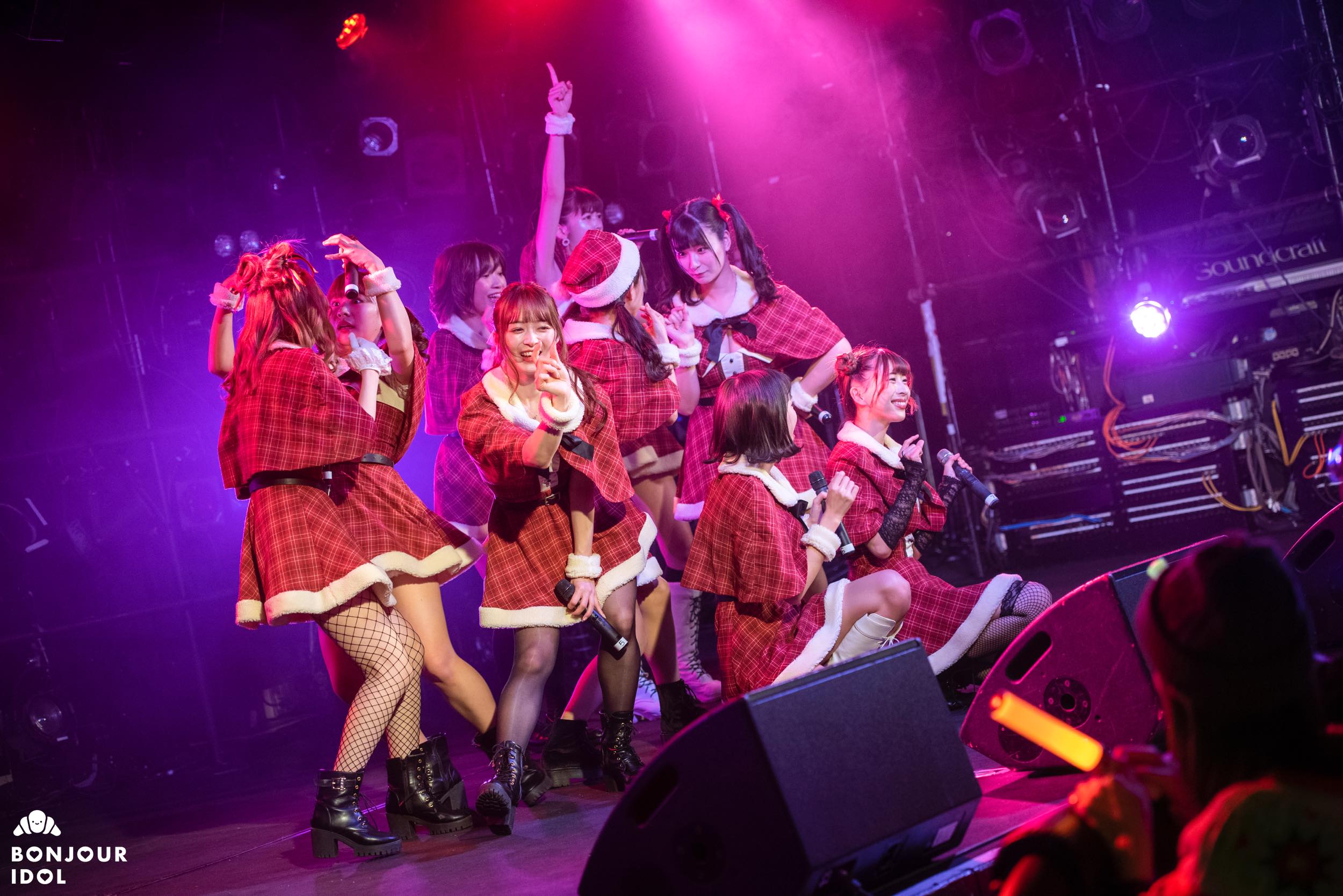 After much anticipation, a special overture tune remixed with Christmas bells opened the concert. “Sei Naru wktk no Hoshi” started the show, and it was also customized with seasonal sound effects. The members appeared wearing custom costumes all in red and white along with hats for some of them. The first MC introduced the members one by one after a loud (and early?) “MERRY CHRISTMAS!”.
The first song medley of the night followed with “Kono Sekai ni Mahou Nante nai yo”, “Mahou no Chocolate Densetsu”, “Junjou Myself”, “Princess to Kaeru no Mahou”, “Magical☆Express☆Journey” and “Neptune☆Sagashite” in high spirits! Beel, Kaori, Serrah, Chloe and Meimi got the fans merrily jumping along on “Megamisama no Pointcard”, before the more toned down but still energetic “Kyouikuteki Shidou!” with Anna, Amina, Kana and Yumi.

The second MC went by rather fast and leaves room to a new segment of songs. Showed up the legendary songs of the group, but also the fan favorites, as the audience cheered up for their idols in fired up calls. The electronic sounds of “I WANT TO GROW”, the dramatic “Zankoku no Babel”, the crazy beat of “Higouriteki Katsu Teisei Funou na Omoikomi” and the legendary “Lost In The Sky” kept their promise and get the temperature up another notch in the venue.
For the last MC, the members noticed that the fans had lit up glowsticks of three specific colors: yellow, blue and green. It was a tribute to Kaori, Kana and Yumi, members of the 10th generation of the group, who were celebrating their 4th anniversary as idols!
This talk finally led up to a final medley to end the night strong, along with illuminated glowsticks held up by fans and idols in “Kira Kira Radio”, followed by “Happy! Puppy!”, “Hajimete no SEASON”, “S・M・L☆” and “Suki wa Muteki”.

The members came back after an encore call immediately started by the fans, with a short talk, then moving onto “Venus to Aoki Nanatsu no Umi” and “Sore dake, Ikiru Imi Nanda”. But a Christmas concert could not end without a present for the fans… the next single of the group, scheduled for release on March 11th, was then announced as a TV anime tie-up as its opening credits song! Merry Christmas! 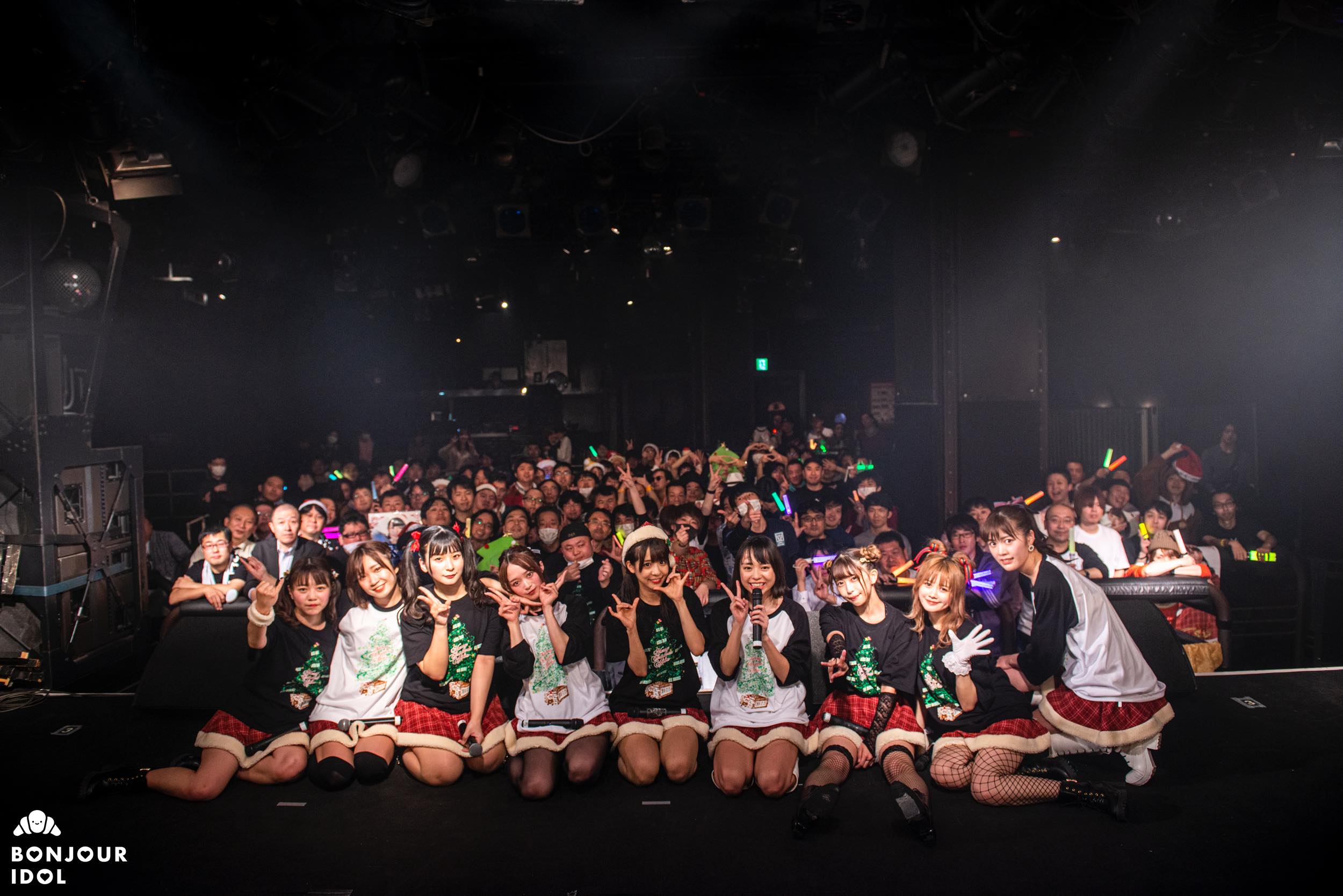 Photos and report by Nathan
Translated by Melody