STU48, the latest Japan-based AKB48 sister group to date, sailed between all the venues of Tokyo Idol Festival during its two final days, with 4 different crews full of sea idols ready to conquer all Odaiba!

The first unit called Aoi Himawari (Blue Sunflower) was the most atypical. Composed of Hyodo Ai at the bass, Sakaki Miyu at the drums, Takino Yumiko with her saxophone and Fukuda Akari at the keyboard, it’s on the Smile Garden stage that this unique girls band covered AKB48’s “Give Me Five!” as well as two STU48 songs: “Yume Ryoku” and “Pedaru to Sharin to Kita Michi to”. 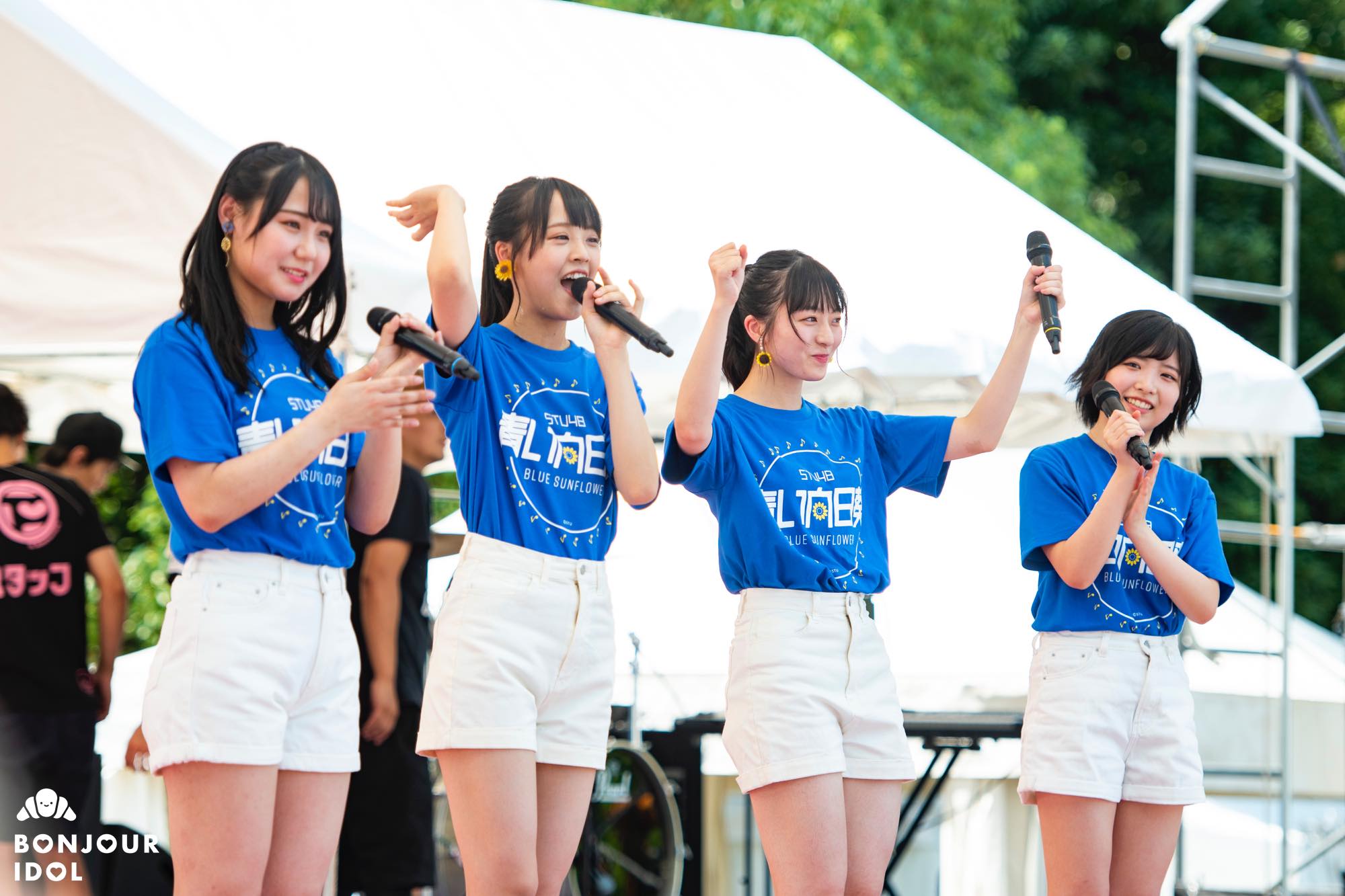 Earlier the same day, that same stage had seen another STU48 unit, called Seto7. This one gathered Kai Kokoa, Takino Yumiko, Mishima Haruka, Morishita Maiha, Shinano Soraha and their leader Fujiwara Azusa. Dressed in plain t-shirts and sports shorts, they united under the same slogan: “No sports, no life!”. Given the energy they released during the fifteen minutes of their performance, we are ready to believe them! 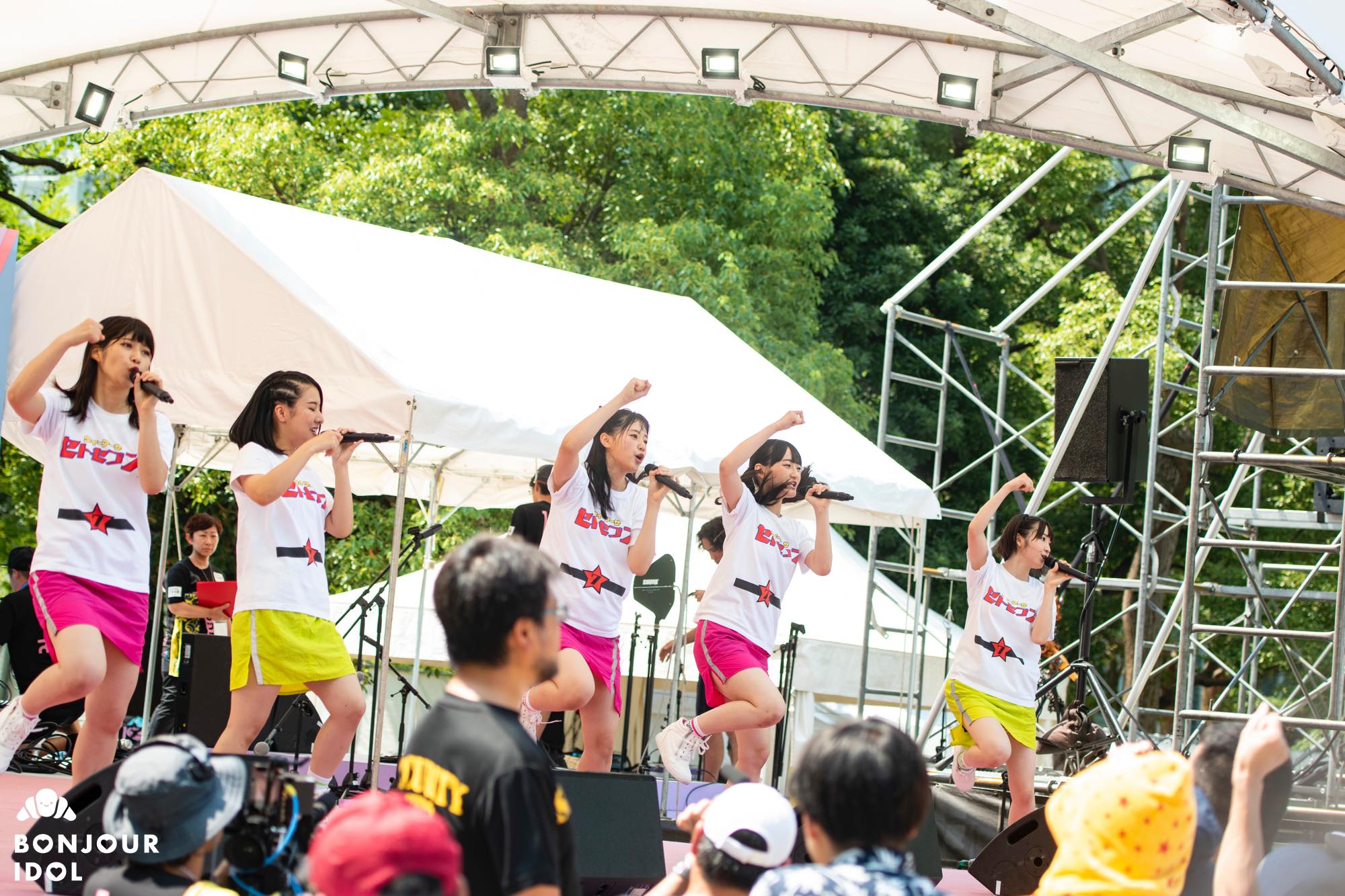 The sea air of Setouchi also blew on the heights of the Sky Stage. Named Charming Trip, this unit is composed of Toboru Yuri, Ishida Chiho, Ishida Manami, Iwata Hina, Tanaka Kouko and Kadota Momona, who announced her graduation in June and unfortunately stopped her activities within the group a few days after these Tokyo Idol Festival performances.
With a mix of AKB48 titles like “LOVE TRIP” and “Enkyori Poster”, NMB48 with “Mousou Girlfriend” and finally their song “Koi wa Kebyouchuu”, the fifteen minutes went by too fast!

Another unit, this one focused on singing and dancing, appears in STU48’s latest single “Daisuki na Hito”, with the track “which is which?”. Composed of Imamura Mitsuki, Isogai Kanon, Otani Marina, Kadowaki Miyuna and Mineyoshi Arisa, they demonstrated all their talents as live performers on the Dream Stage, starting with an instrumental track mixing bass and rhythmic piano, followed by “UZA” and “Yaban na Kyuuai”, formerly performed by the AKB48 dance unit back in 2017. They left the stage after finally performing their own song: “which is which?”!

Photos by Ryan, Brice and Jonathan
Article by Brice