We set sail to Hibiya park on Saturday, August 17 for the very first joint concert between =LOVE and their younger sister group ≠ME! This exceptional event, titled “24girls”, took place at the Hibiya Open Air Concert Hall and was streamed live on the =LOVE official Youtube channel.
It was not only the first collaboration performance between both Sashihara Rino productions, but also the first major performance for all 12 members of ≠ME.

The concert starts strong with all 24 members of both group on “Start!”, followed by “Bukatsu-chuu ni Me ga Au Natte Omottetanda” and “Sagase Diamond Lily”. These three songs set the tone, with exclusive duets between both groups that pleased the few hundreds of fans in the audience. During a first break, some members of =LOVE did not forget to reveal the funny reactions to their young juniors of ≠ME when encountering the strong smell of Noguchi Iori‘s lunch-time curry.

The segment dedicated to the newest idols can start, with a selection of covers of the biggest hits from the 48G and Sakamichi series! We were able to see Tomita Nanaka, Tanizaki Saya, Kawaguchi Natsume and their comrades sing “Iiwake Maybe” (AKB48), “Sekai ni wa Ai Shika nai” (Keyakizaka46), “Kyun” (Hinatazaka46) and “Seifuku no Mannequin” (Nogizaka46) without flinching. This legendary songs medley let us observe the result of an intense training for the twelve members since their official introduction on February 24. We could remember a similar choice of songs to cover from =LOVE for their very first solo concert. Telling their fans to bring out their cameras again, their first original song “≠ME” resonated in the theater with a refreshing energy to end this part.

=LOVE followed up, starting with the emotional duet between Noguchi Iori and Sasaki Maika on “Niji no Moto”. Their expressions and the intensity in their voices made the entire audience shiver, before getting surprised by Morohashi Sana‘s a cappella vocals, introducing the dramatic “Kioku no Doko ka de”! “Teokure caution” tainted the venue in a dark red glowing light, then “Iranai Twintail” takes us onto an electric trip with its fierce rock vibes. “Want you! Want you!” ends this segment, during which Yamamoto Anna and her fellow members once again proved their talent on stage.

All 24 members on stage again, “Bokura no Seifuku Christmas”, “Todoite LOVE YOU” and “Kiara, Tasuke ni Kita zo!” start this final part of the night, followed by a remastered version of “Youkoso! Ikorabu Numa”, switching every other chorus line for “Noimi Numa!”! The first notes from “=LOVE” finally resonated, ending the main part of this midsummer concert. 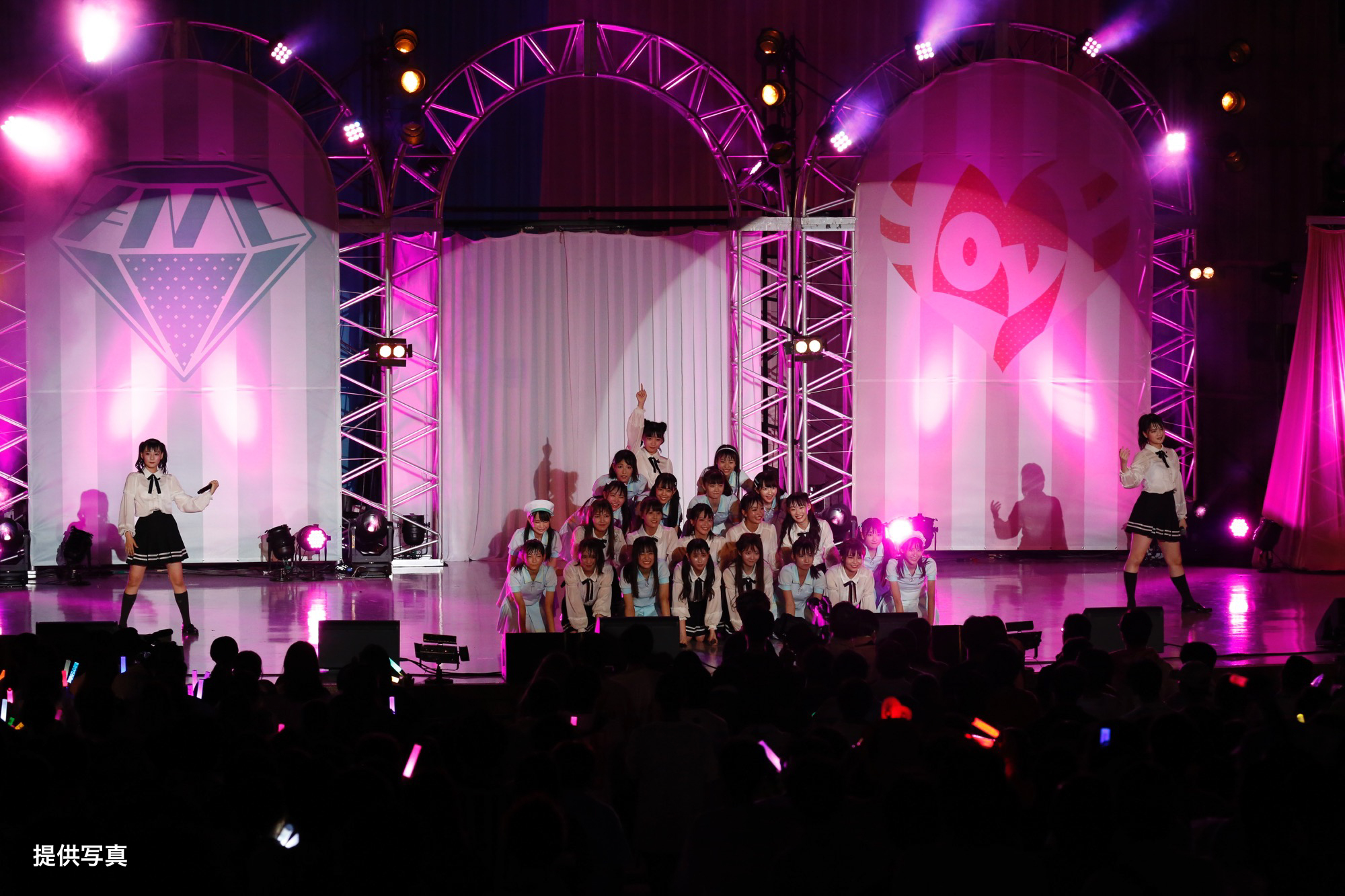 The encore call started right away, and the 24 idols appeared on stage again on the joyful beat of “Ima, Kono Fune ni Nore!”, wearing beautiful yukata in a colorful explosion of Japanese summer vibes!
The last talk held a couple of surprise announcements, as =LOVE‘s 6th single was announced for October 30, and will include a new coupling track by their little sisters, as well as three new songs for their seniors. The girls from ≠ME could not hold back their tears to this announcement of a second original song coming up for them, and Tomita Nanaka took the time to calm down before expressing her joy to the audience. “Start!” closed the event with the same happy energy it started with.

This first collaboration event between all 24 of Sashihara Rino‘s protégées was a huge success, and can only foresee a bright future for these young girls. We will meet =LOVE very soon for their second anniversary concert on September 12, as it will also be Takamatsu Hitomi‘s last performance before taking a break in her activities, taking a well-deserved rest. 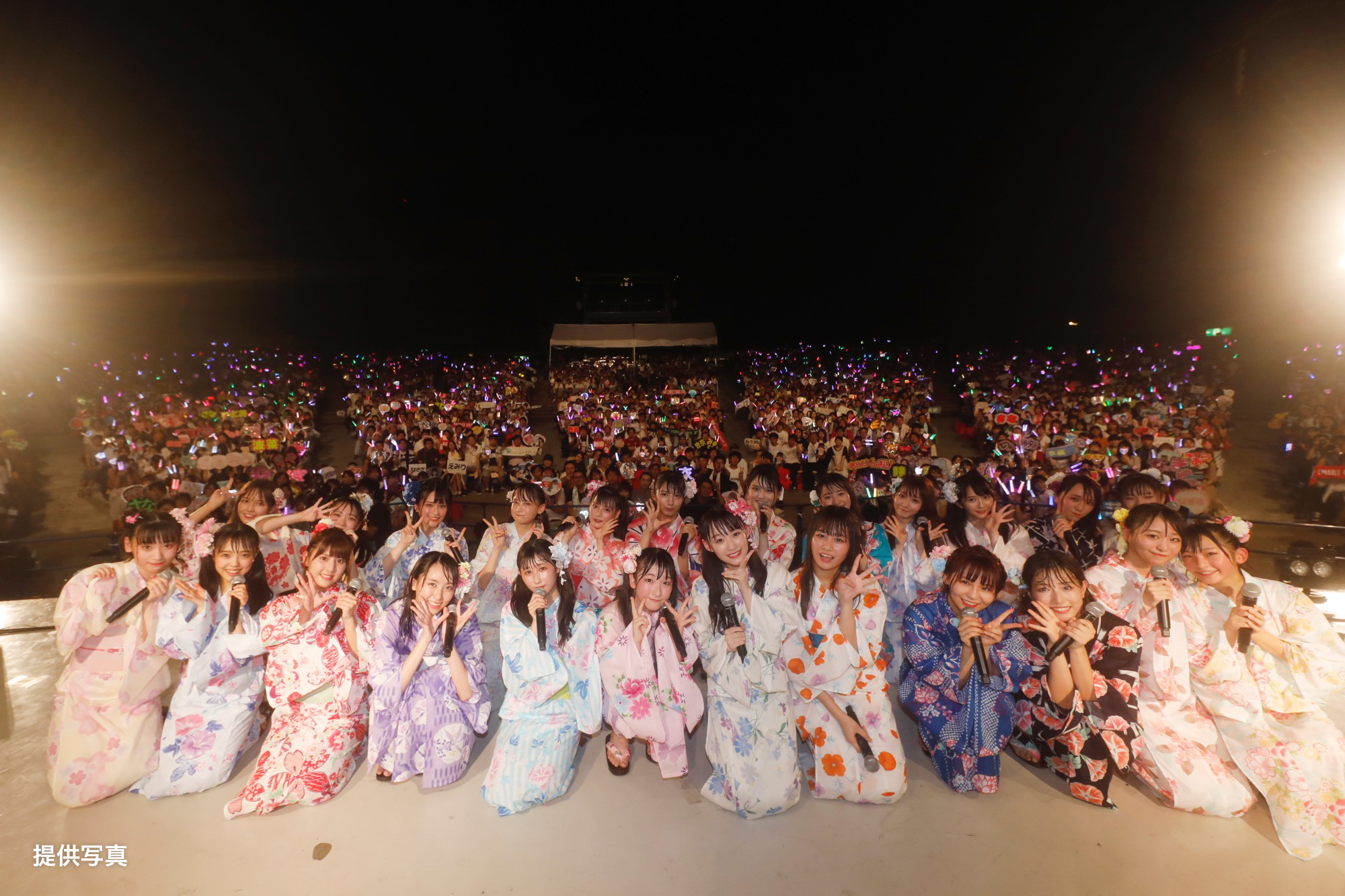 Big thanks to the =LOVE and ≠ME management teams for the invitation and providing us official pictures for this event.
Additional photos by Nathan
Article by Nathan, translated to English by Melody