Japan Expo Thailand is the perfect playground for local idols, especially since Thailand has their own rather successful idol groups! Whether they cover songs from Japanese idol groups and perform their own or are the sister group of a popular Japanese group, Thailand has its fair share of the idol culture.

Siam☆Dream is a Thailand-produced idol group with their own original music. All their songs are sung in Thai or Japanese. Since their appearance at Tokyo Idol Festival 2019 in Tokyo, Siam☆Dream joined the party at Japan Expo Thailand 2020 with 6 members. After the departure of Nico and Fern, a new member joined the group to complete the line-up: Fanny (purple).

Siam☆Dream gave only one concert on Saturday afternoon on the outdoor stage, but their fans got the memo, as the large crowd in the front of the stage could tell. 20 minutes of intense live for which the 6 girls started with their last song “CALLING”, released at the end of October 2019 with the new outfits of the video clip for the occasion. After a short MC presentation, they continued with “Hi-Touch”, the first single of the group, and moved onto “Clover ni Naritai”, this time sung in Japanese after 2 songs in Thai. A 2nd MC gave them time to dose the atmosphere and announce their goods sales schedule, then finishing with “Espresso”. This title is special for having two versions: one sung in Thai and one sung in Japanese. For this live, Siam☆Dream sung the Thai version. A group definitely highly appreciated by Asian fans and kameko (amateur photographers of idols)! 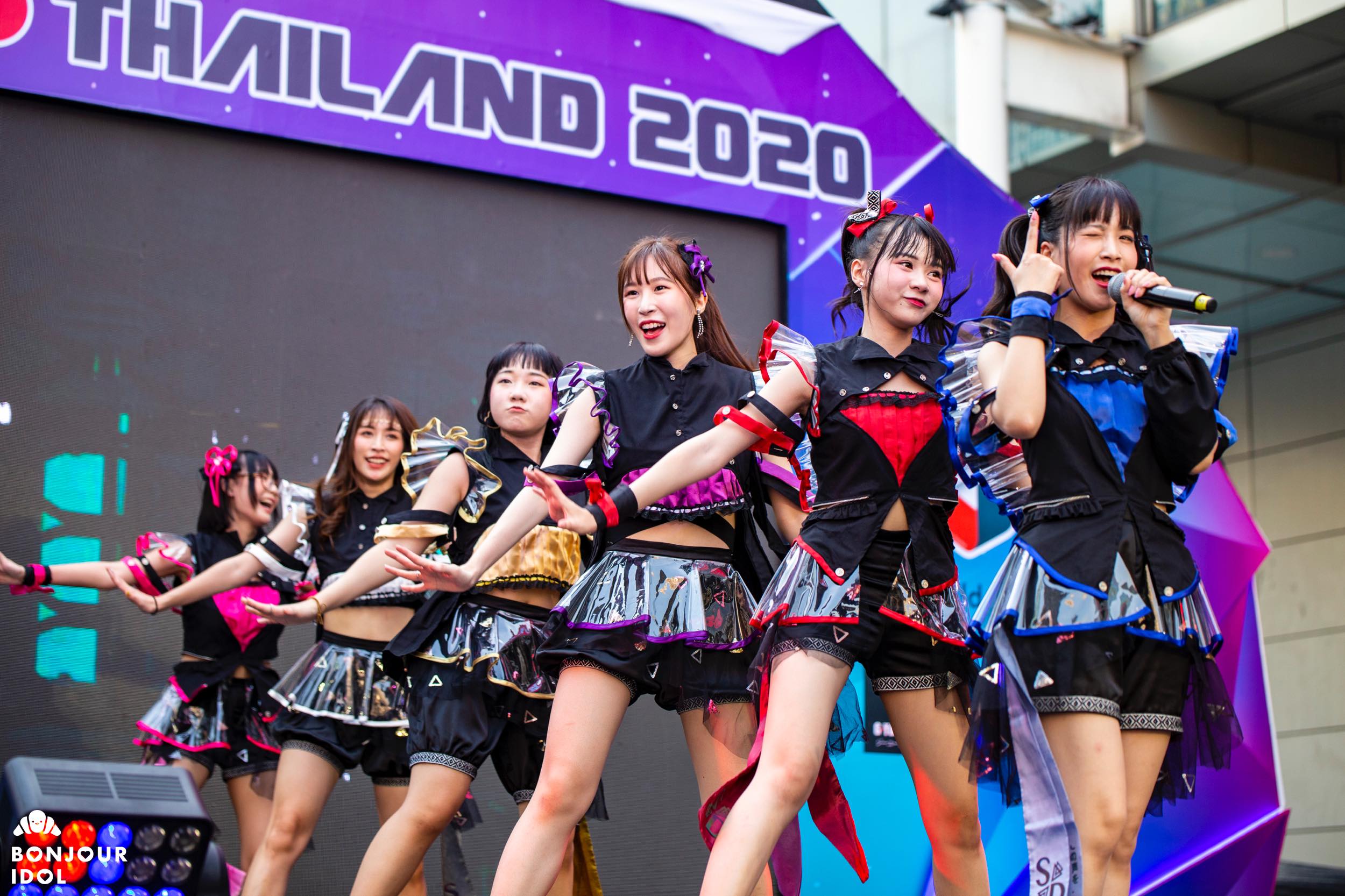 Siam☆Dream being present during the whole weekend on the festival, they could sometimes be seen in the audience of other concerts, as some members are also idol wota. Otherwise, fans could meet them at the “World of Idol” area, a special event space planned by Japan Expo to gather and promote all the Thai bands together. Siam☆Dream is especially popular in South-East Asia, with queues of more than 30 min of waiting time, stretching over several meters for their meet and greet sessions. This was an opportunity to have your cheki taken with the girls, in their new stage outfit from last single “CALLING” or in qipao, traditional Chinese dresses. These pictures will make for great memories!

SUMOMO is the second Thai idol group covered by Bonjour Idol for this 2020 edition of Japan Expo Thailand. The 8 members of the band were eagerly awaited by the international wota community: announced in November 2019, SUMOMO is the first official sister band of Japanese idol group FES☆TIVE and it was a great opportunity to see the two of them together at the same event. SUMOMO gave 4 concerts and 4 meet and greet sessions on Saturday and Sunday, even if they were actually present on Friday evening to support their big sisters of FES☆TIVE performing indoors.

So, what could we expect from this first Thai sister group? On one hand, they delivered great covers of FES☆TIVE songs such as “Haretoke! Appare! Japanese!” or the famous “OIDEMASE gokuraku”, but entirely translated and sung in Thai! On the other hand, some original Thai songs like “My Dear”. The lyrics were written by Baitoey, one of the 8 members of the group.
All 8 girls did great on stage, even though they only started a few months ago, while their older sisters are now veterans on the Japanese idol scene. This idol sister group is a great opportunity for Japan and Thailand to collaborate together and promote the idol culture. It’s also good news for Thai fans, who will be lucky enough to jump, shout out calls and dance to FES☆TIVE‘s best songs while staying at home. If you already know FES☆TIVE, we invite you to listen to the Thai versions by SUMOMO, it’s worth the trip! 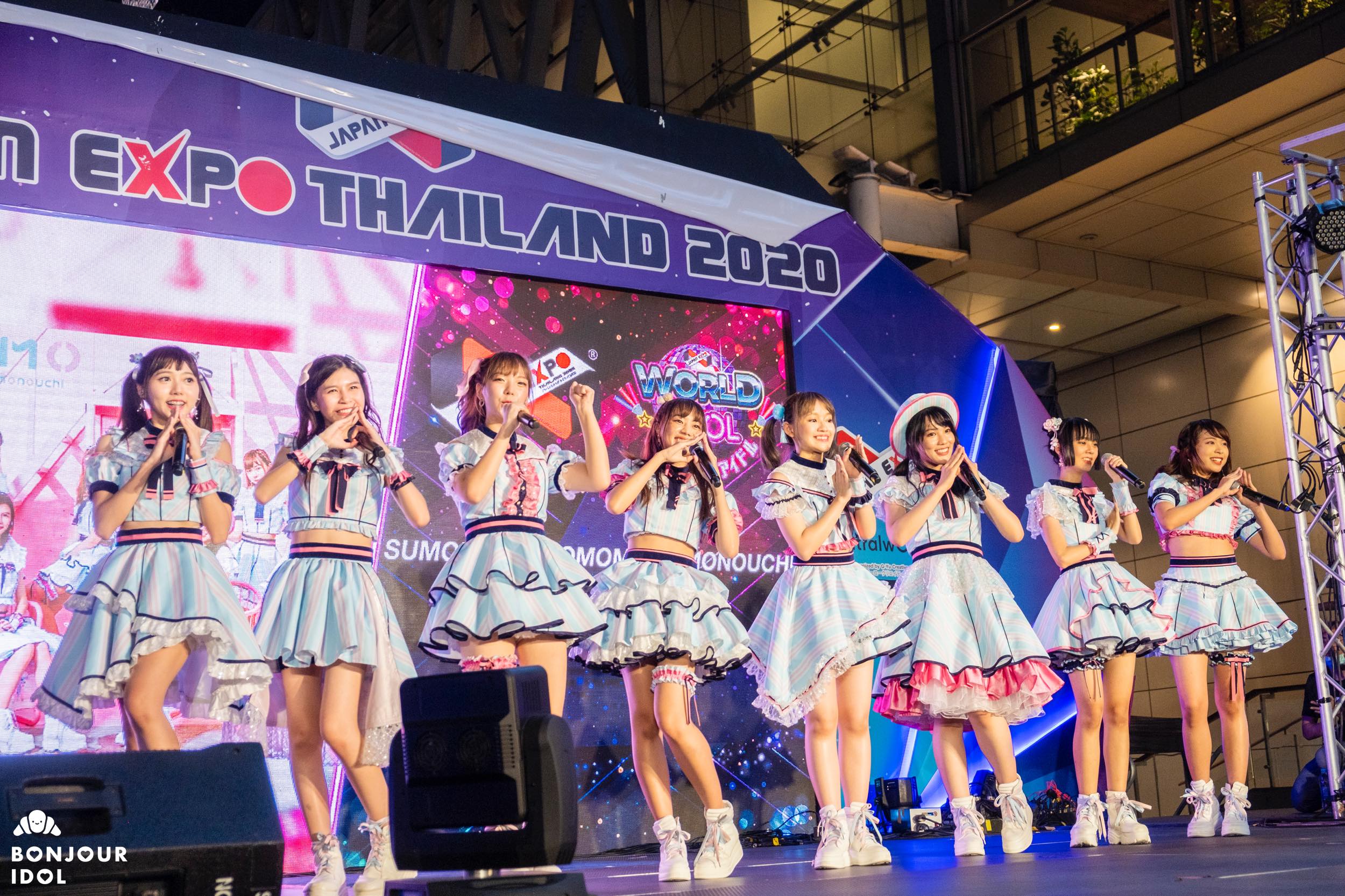