You’ll Melt More! celebrated their 7th anniversary with an emotional evening of comedy and music at Shibuya WWW on October 4, 2019. Coming just days after the sudden withdrawal of Ano, the trio of Younapi, Chiffon, and Kechon displayed the determination that has made them a group to be reckoned with.

Opening act Pupil More! took the stage in grey jumpsuits accented with orange armbands, a throwback to the early days of You’ll Melt More!, heating up the crowd with renditions of “Nigero!!” and “Yume Nante”.

Japanese comedy duos MOGU RIDER, Antoinette, Dodon, and Switch Hitter took the stage to begin a talk show portion of the evening modeled after the popular television program Shabekuri 007. They took turns interviewing the members of You’ll Melt More! about their experiences and memories from the past 7 years. From there, the comedians entertained the crowd with their stand-up routines.

A video compilation of You’ll Melt More!’s history played on the screen, leading all the way up until Ano’s final performance with the group on September 29, 2019. The venue glowed red, purple, and white as Younapi, Chiffon, and Kechon emerged from the shadows to kick off the festivities with “Nigero!!” The tempo picked up with “Music 3,4-pun de Owacchimau yo ne”, the floor and the stage united in waving their hands side to side and stomping their feet.

Shifting gears thematically, “Eien no Shunkan” and “Sayonara Sekai” delivered messages of departure set to dreamy mid-tempo rock and punchy 3rd wave ska. The members of You’ll Melt More! welcomed their fans to the event, emotions still running high from the recent departure of Ano. Revving back up with “Dahlia” and swinging through “Never Give Up Suiken”, the energy surged again with the rapid-fire attack of “Yurumerumon” before melting away into the ethereal layered sounds of “Sayonara Baka-chan”.

The densely packed sonic barrage of “Watashi no Hanashi, Korede Oshimai” boiled over into “manual of Tokyo girl Gendaishi” as the fans danced and called out loudly, keeping the momentum going into steady rocking ska-punk of “WOW WOW WAR ~Ska Chanpon Seisho Sensen~”. Jumping right into longtime favorite “Natsu on Blue”, You’ll Melt More! set off the crowd once again as calls and handclaps rang out from the tiers of Shibuya WWW. Closing out the evening with “Nigenai!!”, the members thanked the fans before taking a bow and leaving the stage behind as they began yet another new journey into their future.

You’ll Melt More! is a group that defies convention with their eclectic repertoire of genres, vibrant visual palette, and relentless stage performances. Based on the performance they gave at Shibuya WWW and since then, the trio of Younapi, Chiffon, and Kechon have only begun to shake up the Japanese music scene. 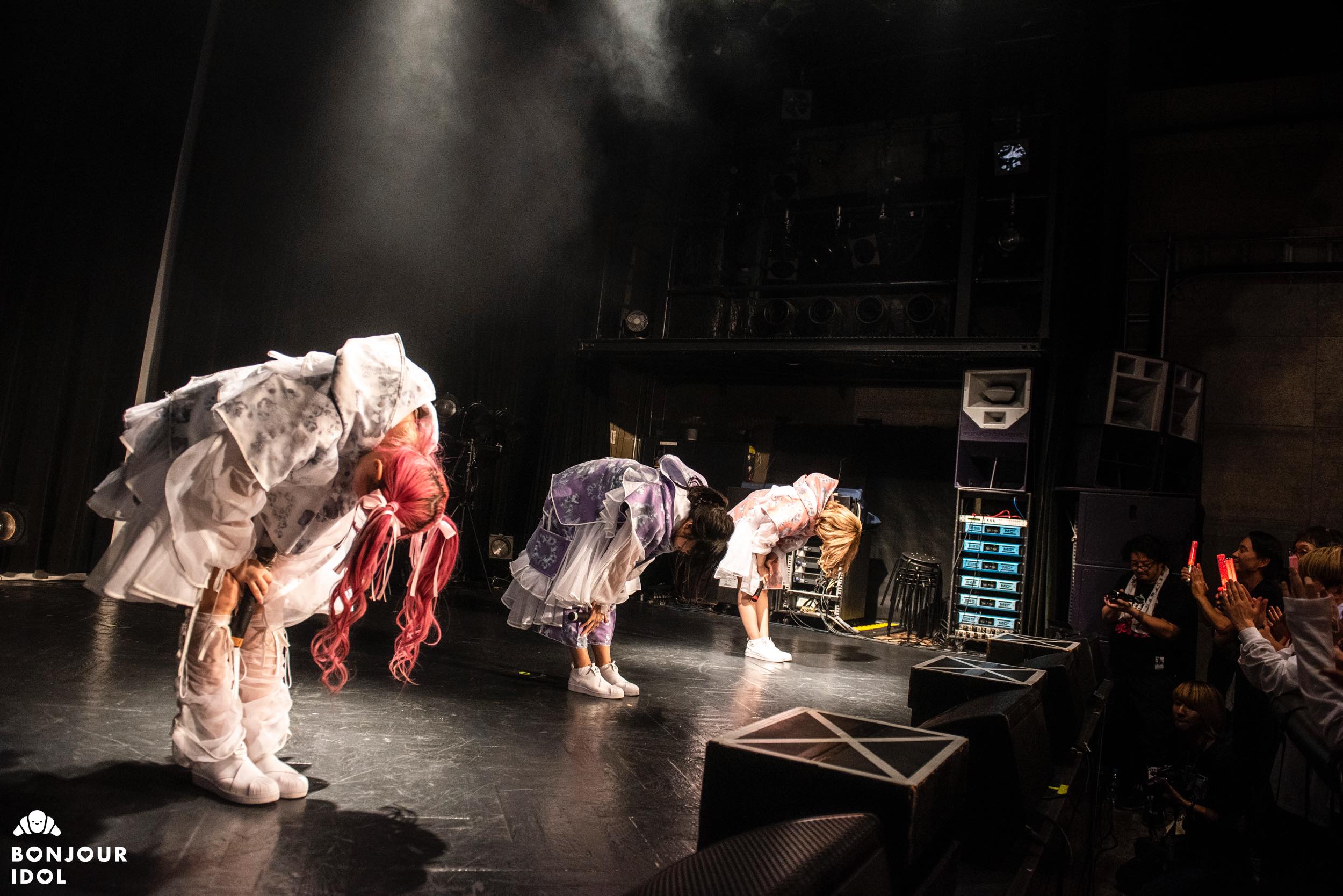 Photos by Nathan
Article by Kai