The acts of Hello!Project need no longer introduction, true beehive of idol talents for a couple of dozen years now. We followed three of their groups during their appearances at Tokyo Idol Festival 2019, for an exceptional year led with unforgettable performances from their most recent productions! 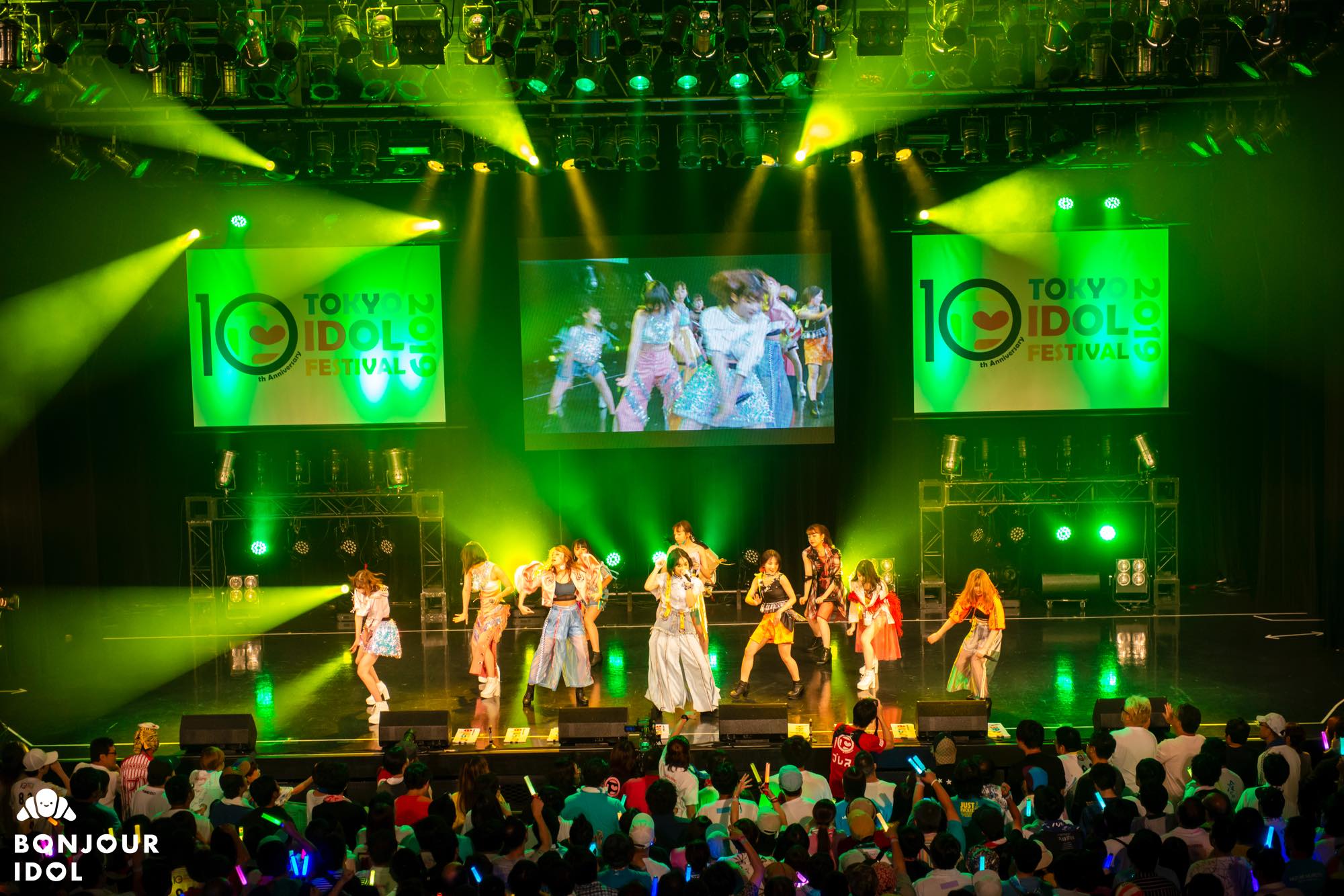 Five years after their last appearance at Tokyo Idol Festival, the members of ANGERME were finally back for this 10th anniversary! For their final slot on the HOT Stage (Zepp DiverCity) on this first day, Takeuchi Akari and her comrades lit a real fire on stage for a thirty-minutes show in a crazy atmosphere.

The catchy beats of “Taiki Bansei” opened, followed up by “Tsugitsugi Zokuzoku”, and its beloved rap lines from Takeuchi Akari and Murota Mizuki. Nostalgia then hits Zepp DiverCity with “Yumemiru 15sai” and “Uchouten LOVE”, remembering everyone of a time where there group was still known as S/mileage.
The summer vibes came back with “Natsu Shougun” and gets the audience hyped up, spinning their towels up in the air with their strongest energy. Finally, the members express all the love and care they have for their fans on “46okunen LOVE”, and it was without surprised that they replied to this confession from their idols in loud chants, straight from the bottom of their hearts.

Despite the recent departure of legendary member and leader Wada Ayaka in June, then the upcoming graduation of Katsuta Rina, ANGERME showed an incredible strength and joy to be able to stand on stage, much to the pleasure of their fans. Their next single “Watashi wo Tsukuru no wa Watashi / Zenzen Okiagarenai SUNDAY” will be their 27th and will be out on October 20th! 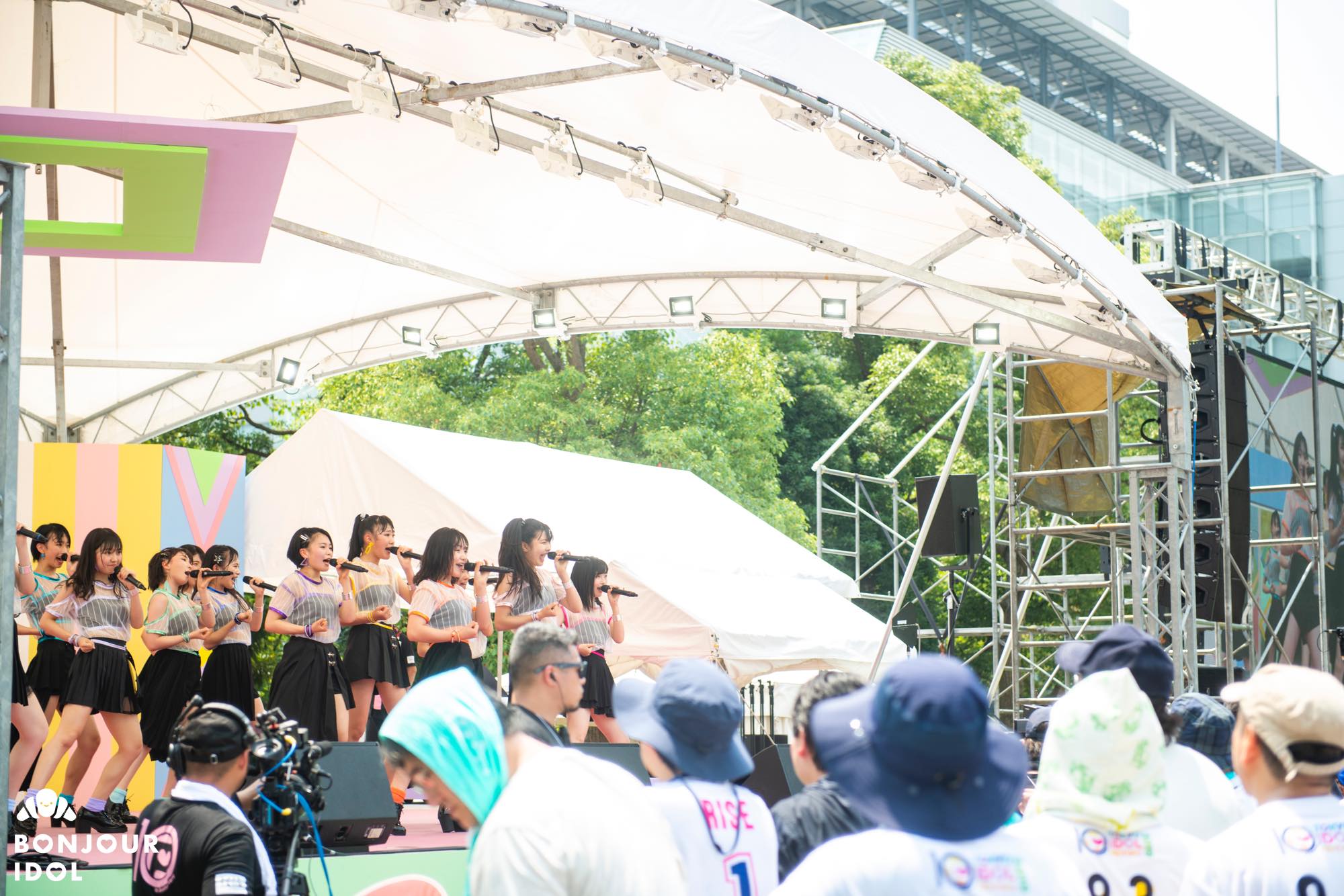 It was during this first day at the festival that we got to attend two performances from Hello!Project’s most recent act: BEYOOOOONDS. After releasing all three music videos for their very first single a few days earlier, the 12 members were highly anticipated by their fans and the Tokyo Idol Festival audience.

Their first performance took place on the Smile Garden stage under August’s heavy heat. After a piano introduction by Kobayashi Honoka, along with a ballet number from Hirai Miyo and Satoyoshi Utano, the show starts strong and loud with the catchy “Atsui” and its rock accents. The group covered two songs from their seniors, with “Fiesta Fiesta” (Juice=Juice) and “Utakata Saturday Night” (Morning Musume ’17), to finally perform their first single A-side “Nippon no D.N.A”. Despite some small sound mixing incidents, the members did not flinch and kept the show going thanks to their impressive talent. The performance ends on another original song, “Go Waist”, the group’s crazy take on Asia’s very popular morning exercise routines. This song is no other than a cover of “Go West” from the world-famous Village People!

We got to watch BEYOOOOONDS‘ second appearance on the Dream Stage a few hours later. We had the chance to watch them perform their third A-side title track “Megane no Otoko no Ko”, looking like a real five-minutes musical; the members were even wearing the same costumes as seen in the music video!

Just like their fans, we were very excited to see this young group on stage for this 10th edition of Tokyo Idol Festival. After the record-breaking success of their first single, the group already announced a first album, made of 18 new songs, set for release on November 27th. 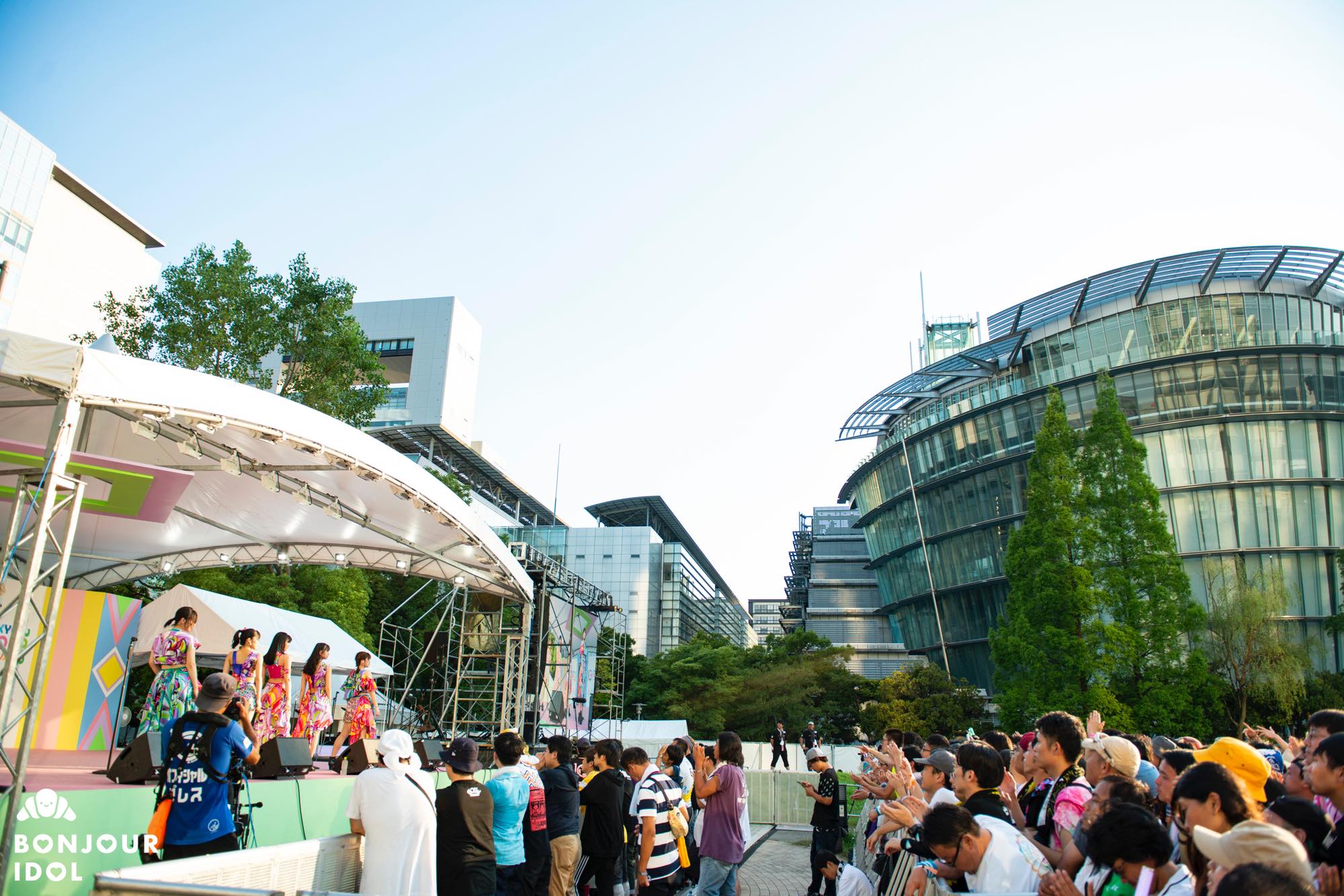 It was along with the setting sun that the five pretty smiles of Kobushi Factory appeared on the Smile Garden stage. Their fans never miss any of their appearances on the festival stages every year and all gathered once again on this last afternoon at Tokyo Idol Festival 2019.

Whether with the latino vibes of “Samba! Kobushi Janeiro” or the rock guitar riffs of “Nen ni wa Nen”, the girls’ energy did not fail to get their audience excited. The lovely vocals of Hamaura Ayano, Hirose Ayaka and Inoue Rei offered their fans another great auditive experience during each one of their solo lines. Just like a symbolic anthem for the group, “Shalala! Yareru Hazu sa” closed this performance after twenty minutes of collaboration between idols and fans. As the show was about to end, a little surprise interrupts the members’ final bow: a birthday song/strong> resonated all over the Smile Garden area, just for their leader Hirose Ayaka! She then gave a little speech, stating her wish to spend an unforgettable year with her members for her 20th birthday.

The group went through heavy changes and hardships since 2017, but Kobushi Factory are still standing and are always here to show their smiles and energy to their fans. Their last single was released in April 2019 but the group will be back at the end of the year with an album studio titled “Kobushi Dai Ni Maku”, in which you will be able to listen to all their original songs, as well as a selection of a capella covers such as Morning Musume’s legendary “LOVE MACHINE”.

Photos by Nathan, Jonathan and Ryan
Article by Nathan, translated to English by Melody