Bonjour Idol has a little obivous bias towards the Stand-Up! Records groups, and we were able to follow four of them throughout all of Tokyo Idol Festival 2019! No need further introduction for Junjou no Afilia or Iketeru Hearts, but you can now add the lovely Erabareshi as well as supergroup Idol College to the mix for 2019. We unfortunately could not make it to the performances of their fifth group, Purely Monster, but we will make sure they get their share of love one day too! 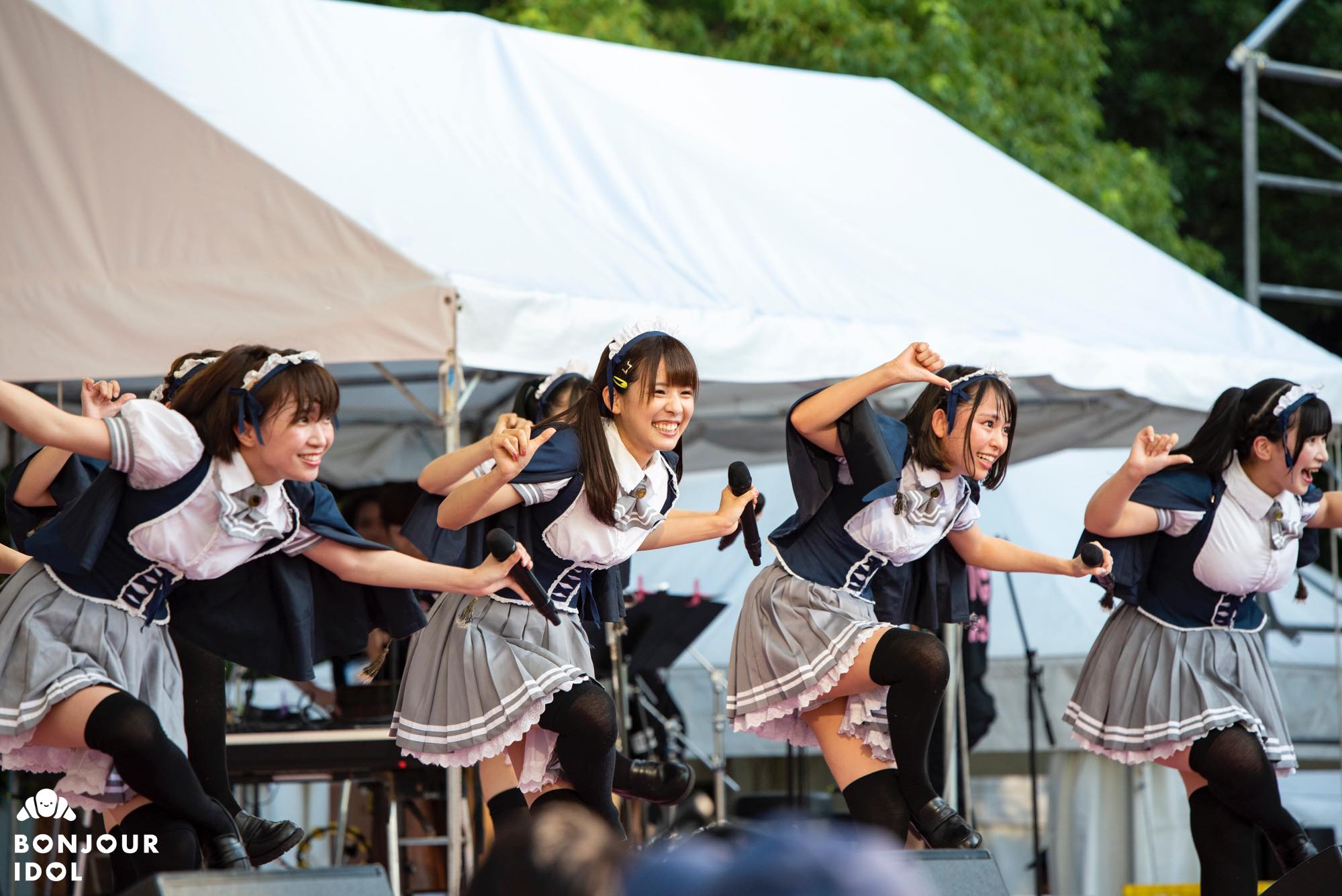 Even Tokyo Idol Festival does not need to introduce Junjou no Afilia any longer: the group was in Odaiba for their tenth participation into the festival, and had activities and events planned throughout all three days.

Photo contest, gravure contest, talk-shows at the Info Center stage… Junjou no Afilia was this year again very active, and it is for one of their live performances that we met them again! They offered a piece of nostalgia to the audience of the Smile Garden stage this Saturday, along with a touch of modernity, as they performed classics like “S・M・L☆” and “Embrace Blade” as well as more recent titles like “Suki wa muteki”.

The magical girls of Junjou no Afilia also casted spells on other stages thanks to their daily performances at the festival, and the final appearance at TIF for Maho, graduating next September. We sure hope we have not seen the last of their witchcraft at Tokyo Festival! 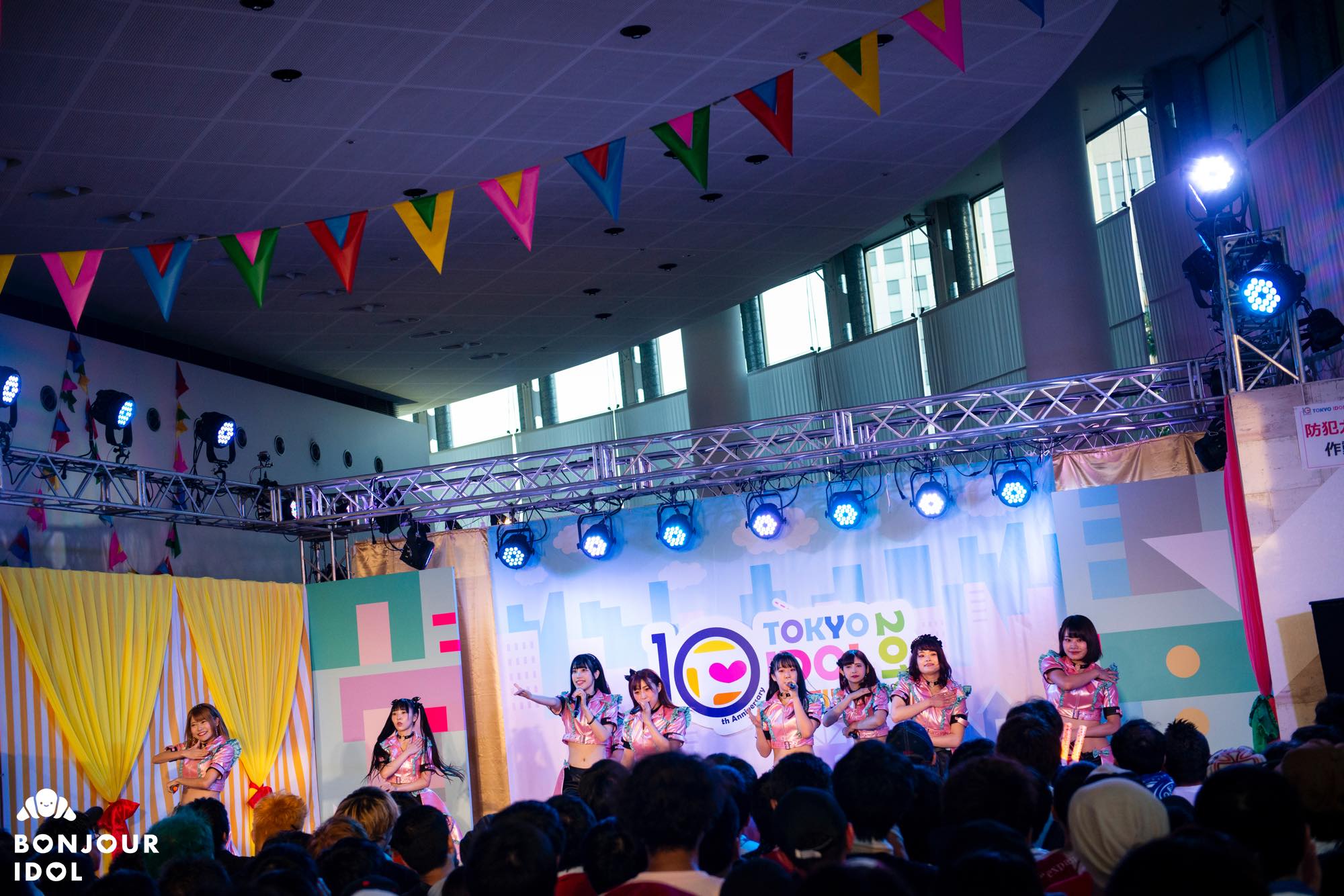 It was quite the trip to TIF2019 for Iketeru Hearts, as the group was not on the line-up until late! Junjou no Afilia’s little sisters managed to snatch 6th place in the Road to TIF 2019 contest, securing a spot at Tokyo Idol Festival at the very last minute.

In a short but intense set, the fans did not flinch, gathered in front of the Fuji Yoko Stage. The room was full as this was the only opportunity for fans to come and cheer for their favorite group during TIF2019, as it was their only stage of the festival. Iketeru Hearts performed three songs, starting with “Kibou no Chizu”, then the dramatic “Lumica Jane”. These fifteen minutes ended on “KAKERA”, as their fans’ excitement resonated wildly on the walls of the venue.

Iketeru Hearts will celebrate their 5th anniversary of activities in a double concert on September 8th at Akabane ReNY alpha, and we obviously will not miss it! 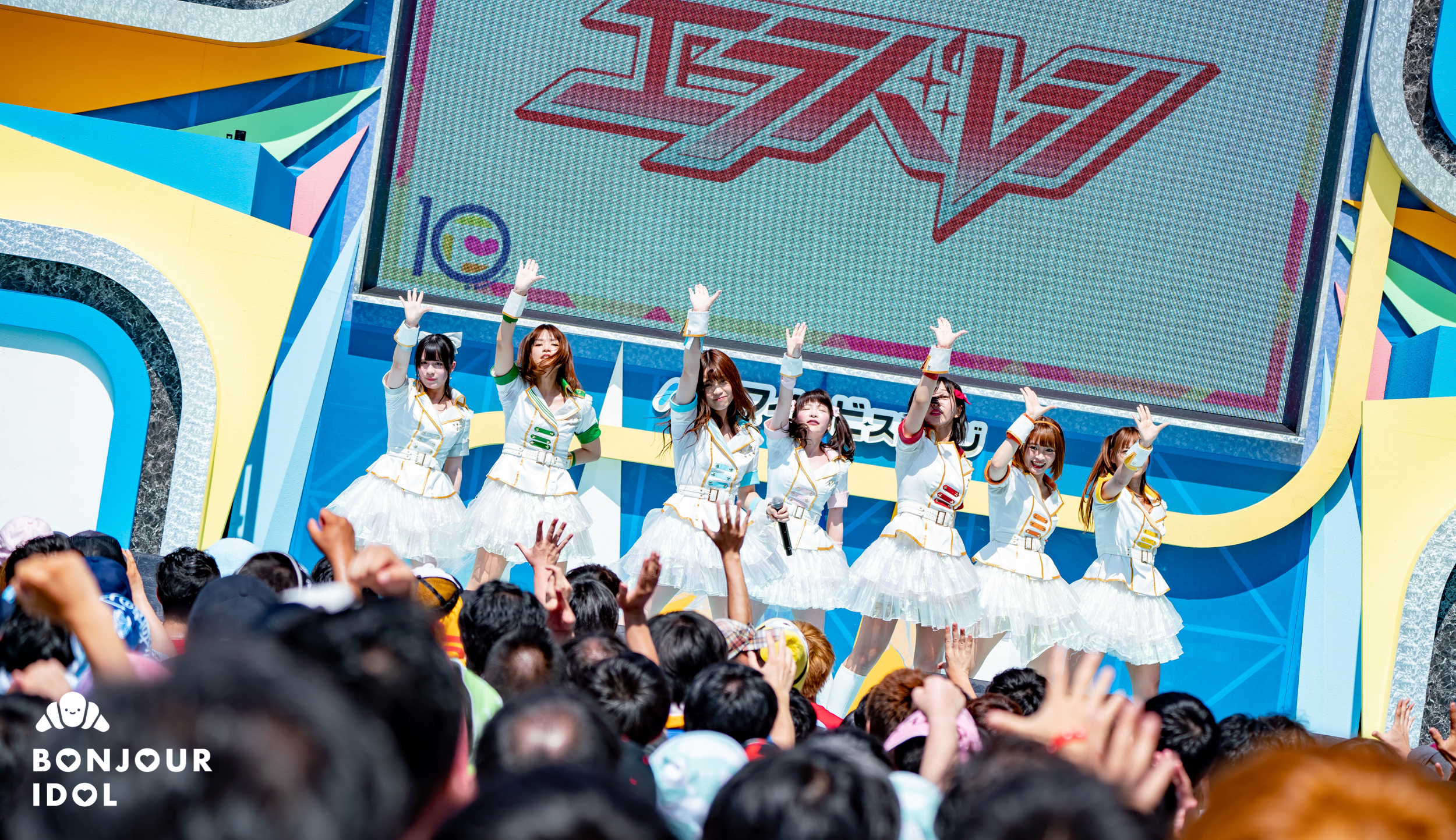 It was a first shooting for Bonjour Idol as we followed the Stand-Up! Records team until Erabareshi’s performance on the Dream Stage, on Sunday August 3rd.

The group, produced by ex-Afilia Saga member Mizuguchi Louise (aka Louise Sforzur) is not new to the idol scene. Just like Junjou no Afilia, Erabareshi is not only a sub-unit of idol group Bakusute Sotokanda Icchome, but all the members of this big group are also working at the idol café AKIHABARA Backstage Pass.

Erabareshi went through a few line-up changes since their debut in 2016, but it is always with the same energy that they took over the Dream Stage on that day. Their lovely smiles brightened up FujiTV’s headquarters in a set of three very catchy and upbeat cutesy songs. 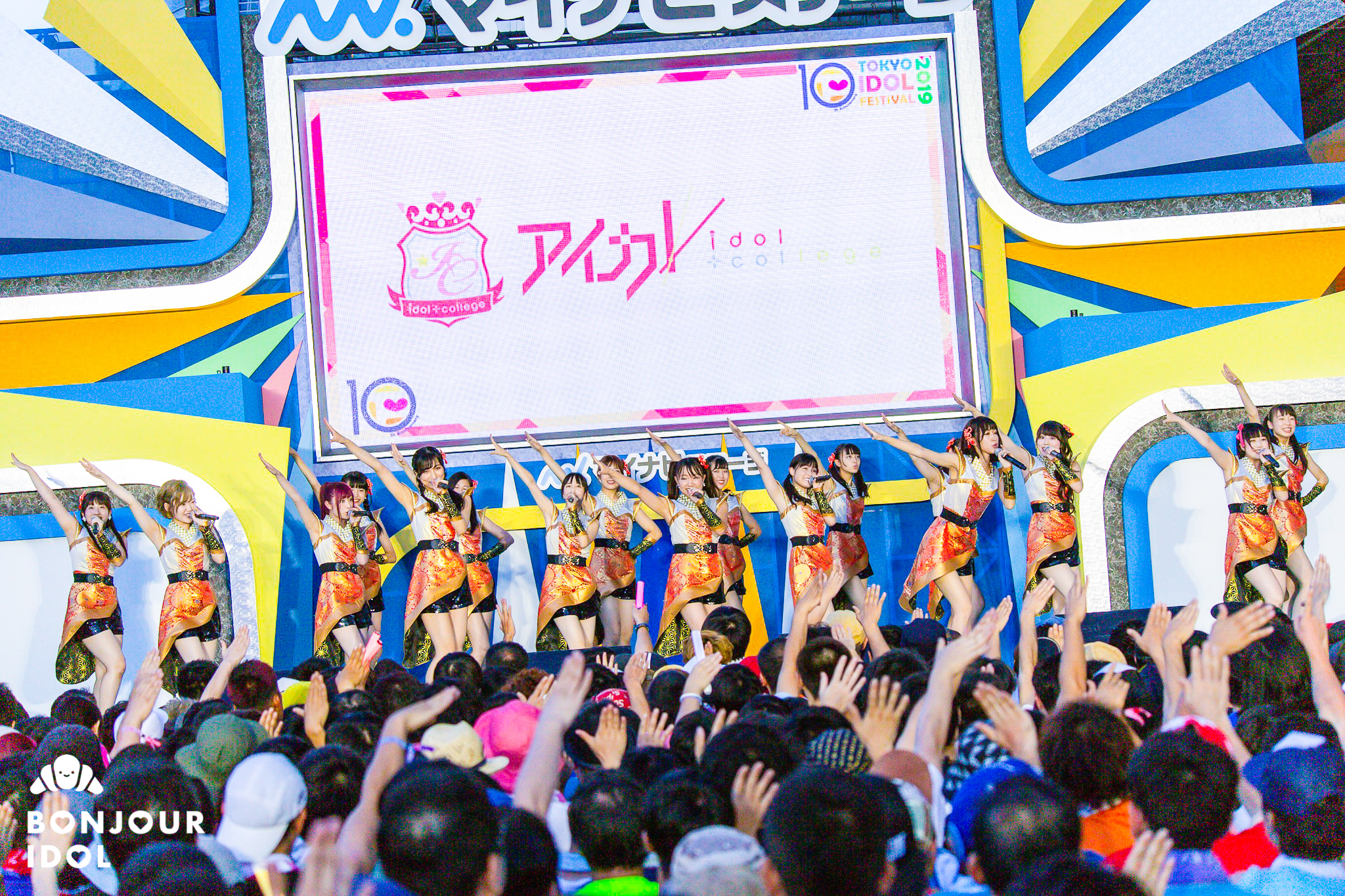 The last group from Stand-Up! Records we covered at Tokyo Idol Festival this year, but not the least, is Idol College.

The sun was barely setting when 15 joyful smiles conquered the Dream Stage on Saturday, going all out to give twenty minutes of a short but intense performance in front of delighted fans. We expected the performance of their iconic song “YOZORA” to be wild and we were right, as could attest the powerful calls and wotagei moves by the crowd. Yet another sign of the impressive effectiveness of the MAGES. productions.

Active since 2009, they are getting ready to hop on a tour in October and November across Japan in order to celebrate their 10th anniversary.

Photos by Nathan, Kai, Ryan and Jonathan
Article by Melody and Brice