The Bonjour Idol adventures at Tokyo Idol Festival 2019 could not not involve one of the most anticipated acts every year: the colorful and energetic FES☆TIVE! The official ambassadors of the Japanese matsuri culture were there this year again and did live up to their stage monsters reputation. 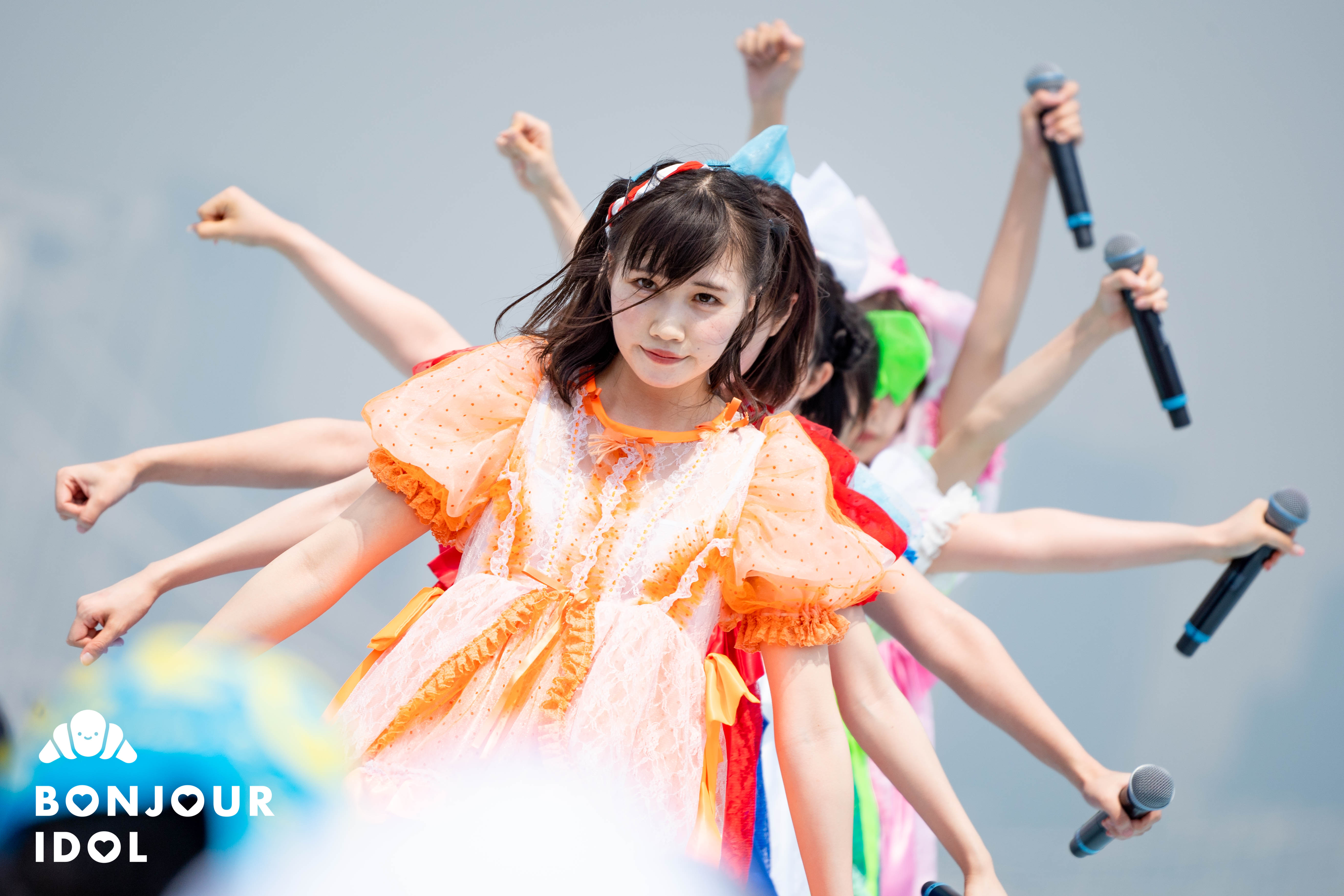 FES☆TIVE never stopped once and had activities and events planned throughout all three days of Tokyo Idol Festival 2019. Soaring on the Sky Stage on the FujiTV studio rooftop, creating a giant outdoor party on the Smile Garden stage or rising the temperature up high for their main stage performance in Zepp DiverCity, FES☆TIVE once again left a very strong impression on festival-goers.

Their crazy upbeat tunes, catchy choreographies and the infectious smiles of the six young ladies and their colorful costumes once again won the hearts of the Tokyo Idol Festival audience, as they can never resist. The FES☆TIVE wave washes everything away in a sea of fans fiercely dancing along to their most popular songs, such as “OIDEMASE!! ~Gakuraku~” or the more recent “Hare toke! Appare! Japanese!”. This last MV was just revealed as of today, August 23rd, and will be released as a single on September 25.

FES☆TIVE hold their head up high and walk towards new horizons, conquering new fans outside of Japan with a rare confidence. While their first Thailand-based sister group will see the light by the end of the year, Bonjour Idol hope they will still be able to set sail towards France in the near future.

Photos by Ryan and Jonathan
Article by Melody