To each exceptional tour its grand finale! After months performing all across the country, the ten members of Junjou no Afilia ended the celebration for their 10th anniversary with a show that lasted for not less than three hours, on April 27th at Ebisu Liquidroom. 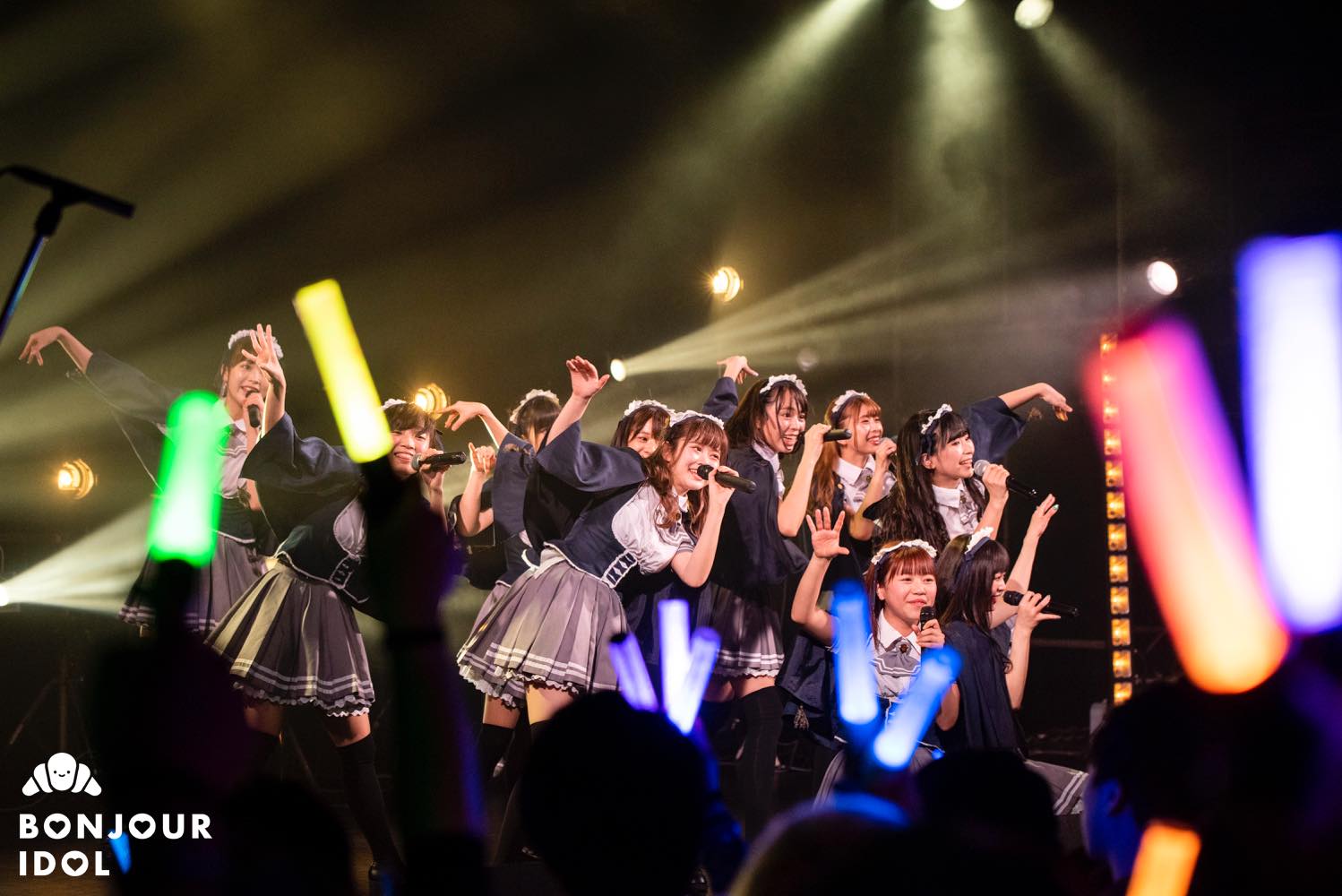 It was almost a marathon for the magical girls of Junjou no Afilia, who performed not less than thirty songs without losing a single drop of energy nor their bright smiles! The venue was very close to sold out as they opened the night on the dramatic “Sore dake ga, boku no ikiru imi nanda”. The tone is set: this finale will definitely be grand!

After a brief introduction of each of the members, Junjou no Afilia starts a first non-stop medley, made of a selection of their catchiest tracks! Dressed in their legendary maid outfits, they begin with a certain number of classics like “Japonesque×Romanesque” or “Knee High Egoist”, that we do not need to introduce anymore. The medley ends on more recent songs like “JUICY☆GIRL” and its bouncy energy, the members waving golden cheerleader pompoms on stage.

The first MC lets Chloe, Yumi and Kana remember their previous shows from this anniversary tour, noticing that they always have been teamed up together for each select corner! After a little retrospective of the mini-games organized in each one of these shows, they leave the stage to Meimi, Serrah, Anna and Amina, showing their vocals and harmonies on the tender ballad “Chiisana Mahou”. Kaori, Beel and Maho opted for the more upbeat “Opera Fantasia”, a classic for all the fans of the MAGES.inc groups. Finally, Chloe, Yumi and Kana come back on stage with a smile for “Mirai kara kita watashi”.
This select corner ends with a surprise as the members offer an exclusive performance of “Dear Senpai♥”! The song, introducing the members of the group one by one, had been previously created for their Hokkaido shows, and their fans kept requesting to see it live again. Their wish was granted thanks to the magic powers of Junjou no Afilia!

Maho, their leader, takes a moment to say a few words to their fans, who did not fail to be present for this special occasion, before introducing the theme song of this tour, “Kiseki to Mahou no Chronicle”. At the dawn of her graduation next September, it was not only the last tour for Maho, but also probably the last performance for this song, not without any emotion.

A new colorful medley is skyrocketed into the night by “Neptune☆Sagashite” and the lively fan calls, perfectly on beat with the song. From the risqué yet playful “Higoriteki Katsu Teisei Funouna Omoikomi” to the sharp dance moves of “I WANT TO GROW”, Junjou no Afilia proved once again that they are excellent at juggling between a wide range of genres, with their eternal energy and a refined sense of showmanship.

Kaori talks to the audience but also to her groupmates before launching the last segment of the night: “It was our last tour with the ten of us. […] Spending so much time together made us feel so many different emotions. Happiness, of course, but there was also some frustrating moments. But because we did this together, all ten of us, we were able to complete it successfully and to stand here on stage today,” she says, before thanking their fans. The first song echoes her words as “Everlasting Friends” starts playing, as a symbole of the tight friendship linking all the members of Junjou no Afilia. Maho sheds quite some tears, supported by her friends, hugging her or giving her a misty smile, while she holds the hand of a very emotional Serrah.
The night ends with the same energy as the beginning of the show, with classics like “Lost In The Sky”, but also fresh titles like “Hajimete no SEASON”, opening song for anime “Hajimete no Gyaru”, or the crazy “Suki wa muteki”. 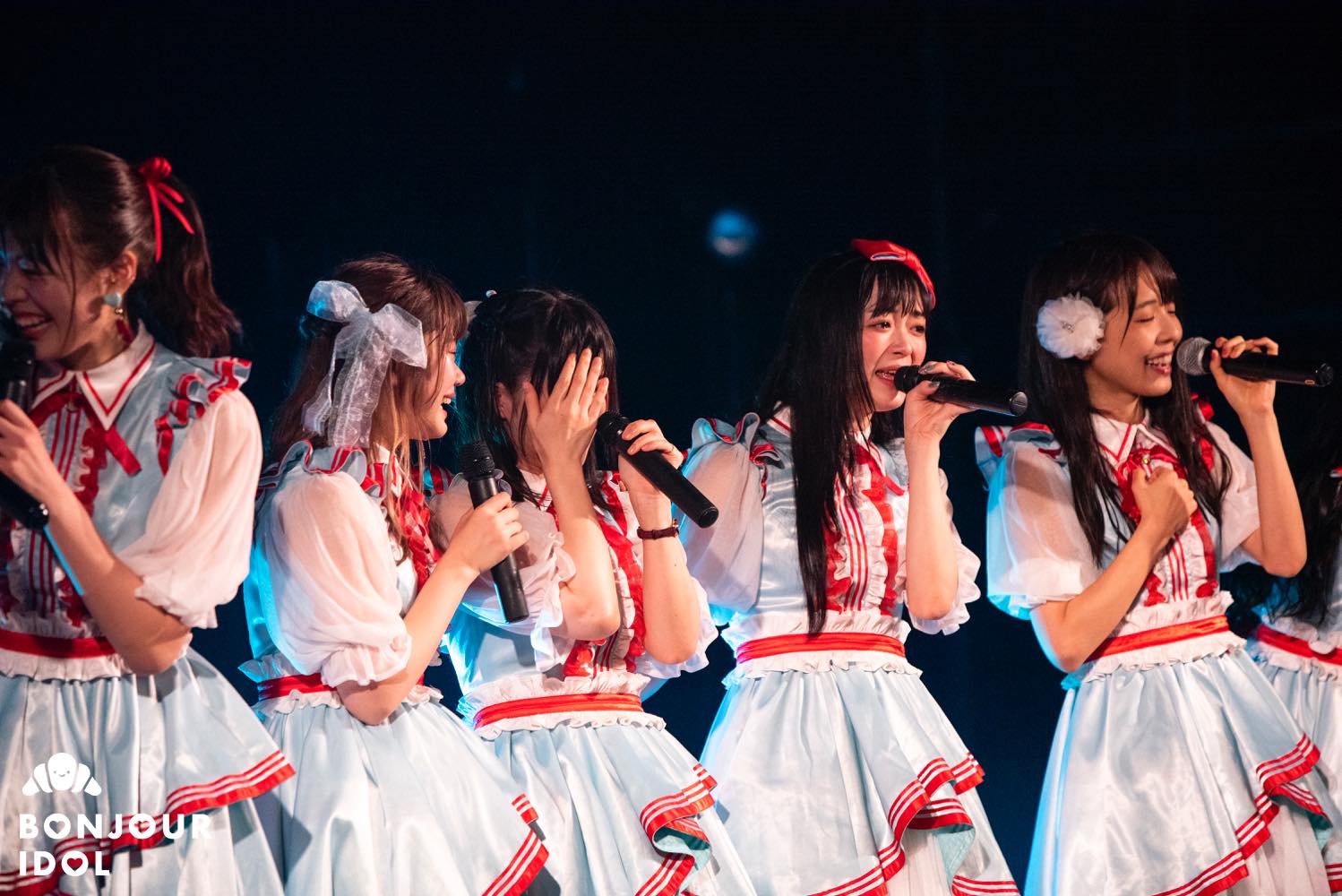 Before leaving the stage, the members had a couple of surprises for their fans!
The first announcement is about Maho: her graduation concert, titled “Voyage to the Blue Ocean”, will take place on September 29 at the Ichikawa City Cultural Hall, in Chiba. The tickets are already on sale so make sure to get yours if you want to tell Maho goodbye there!
The second good news is welcomed in a wave of happy calls, as the members announce to their fans that they will be able to experiment this performance again in the future thanks to a DVD! This tour finale will be Junjou no Afilia’s first DVD release, a real milestone for the group.

But Maho seems to be keeping some things secret to her friends, while sneaking out of the stage to come back with not one, but two panels for additional surprises!
An after-party live for this tour is announced, to keep the experience of this tenth anniversary alive a little longer. The fans are delighted, but this is only a mere warm-up for the last announcement… Maho then reveals the release of a new album and a brand new single for the group, that she will take part in before her graduation!
The reactions are instant from the audience and the fans are over the moon, ending this main part of the concert in a roar of loud happiness.

The encore call comes immediately and Junjou no Afilia runs back on stage laughing like children, setting the tone for the end of this tour. They declare their love to their fans with some powerful emotions on “Eshikaru ~Arigatou wo tsutaetai~”, closing the night for good.

Ten years is a very rare milestone to achieve in the idol world, for whoever is neither associated to Hello!Project nor bears the number 48 within its name. Junjou no Afilia proudly holds up their legacy on their shoulders as one of the most respected acts of the current idol landscape, and keep proving us that they are not going to be losing any of their spunk anytime soon.
We are honored that we are able to observe this evolution and share their joyful music, hoping that we will witness many more anniversaries in the future! 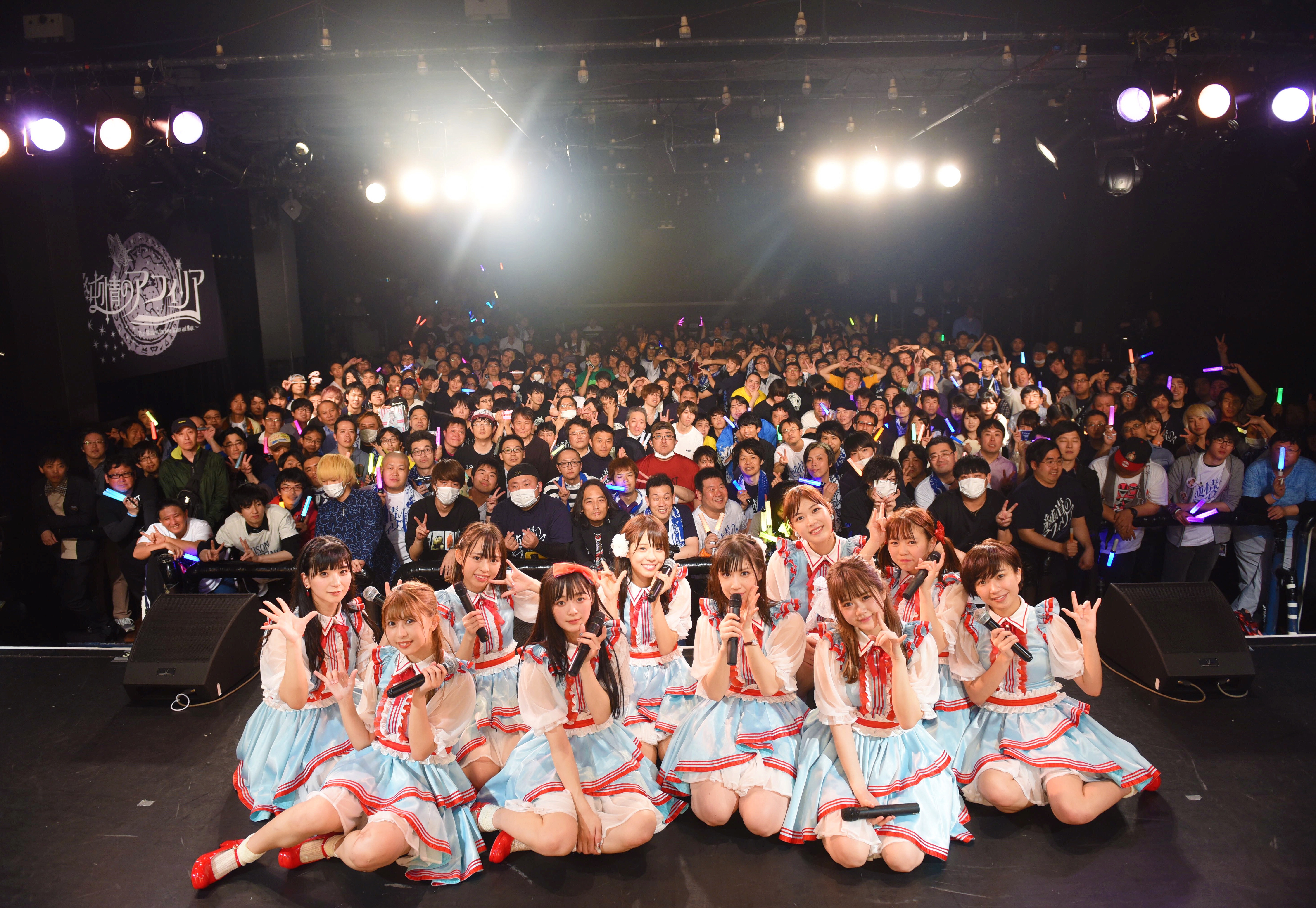 Photos by Kai
Article and Translation by Melody