Junjou no Afilia little sister group Iketeru Hearts blew their fourth candle on September 7th 2018 at Shibuya Tsutaya O-WEST, as they stepped with high energy and heartfelt emotion into their fifth year of activities.

Appearing on stage on “Dreaming Love”, the first two segments of the show were a selection of very specific songs. “Kibou no Chizu”, “Ike Ike BIG HEARTS♡”, “Drawing again” or “Otomegokoro”, were chosen as top 4 for a selection of fans’ favorite Iketeru Hearts tracks.

The first talk time of the concert allowed all 11 members to thank their fans and think back on their achievements and path as idols over the past four years. “I have become the idol I was looking up to a year ago”, 2nd generation Aise Risako admitted, thanking her seniors for helping her grow into her dream career. The four members of Iketeru Hearts’ 2nd generation were also celebrating their first anniversary as part of the group, after debuting as a 11-members unit on this very same stage in September 2017.

To celebrate their fourth anniversary, the following segment was a marathon of the group’s single main tracks, in chronological order. Major debut single “Let’s Stand Up!” was followed by the upbeat “Sekai he habatake!”, “Lumica Jane”, and “Zaishyou no Lucifer” as the last 7-members single before Yurano Yuno’s graduation. We then entered the new IkeHa era with “Karma Stripe”, closing the segment on “Rosetta Stone”.

After counting their achievements, going back on four years, six singles, one album and being invited to many events, the last segment of the night started on “Believe in my dreams”, as an echo to the discussion that had happened right before. Followed an eclectic selection of more fan favorites, with good old covers like “Triangle Wave” or “Tenbu no mai, Akatsuki no Mon”, or newer anthems like “Shrimp Girl” or “HEARTS OF JOURNEY”.

But what left a special taste on everyone’s lips was yet to come. In a final talk, all members went on stating their personal goals for their 5th year. Many declared wanting to perform on much bigger stages, like being invited onto Tokyo Idol Festival for their main stage. Leader Nijika stated that there had been many frustrating moments in their past years, and that they had not been able to reach some of the goals they had put for themselves despite everyone’s hard work. Sub-leader Uchida Kotone took advantage of this statement to set the record straight: she wants Iketeru Hearts to one day, become Stand-Up! Records’ best selling act, therefore taking over the legendary Junjou no Afilia! These bold words caused a round of applause in the audience, as Iketeru Hearts’ members have had always seen Junjou no Afilia more as mentors than rivals.
Despite the momentum created by Uchida Kotone, the painful moment had come. Manami Kazune and former leader Arata Yuuyu unfortunately announced their respective graduations, scheduled for December 2018. “This is going to be hard to hear, but please keep smiling!” said Manami, who kept a cheerful expression throughout her speech. Arata Yuuyu seemed a lot more emotionally affected, as former leader of the group, causing a crying wave among first generation members on stage. But all members ultimately dried their tears to leave the stage with a smile, stating that they would do the best out of those last three months all together. (full announcement comments below)

Iketeru Hearts closed their celebration concert with a repeat of “LOVE♡LOVE♡LOVE”, expressing their thankfulness to their fans and to each other. Despite the loneliness of losing two founding members, we were able to catch a glimpse of the strong ties between all the members, who, over those past four years, grew into close friends more than colleagues.

Manami Kazune and Arata Yuuyu will graduate from Iketeru Hearts on December 21st at Shibuya WWW-X. Make sure you save the date to send them off onto a bright future! 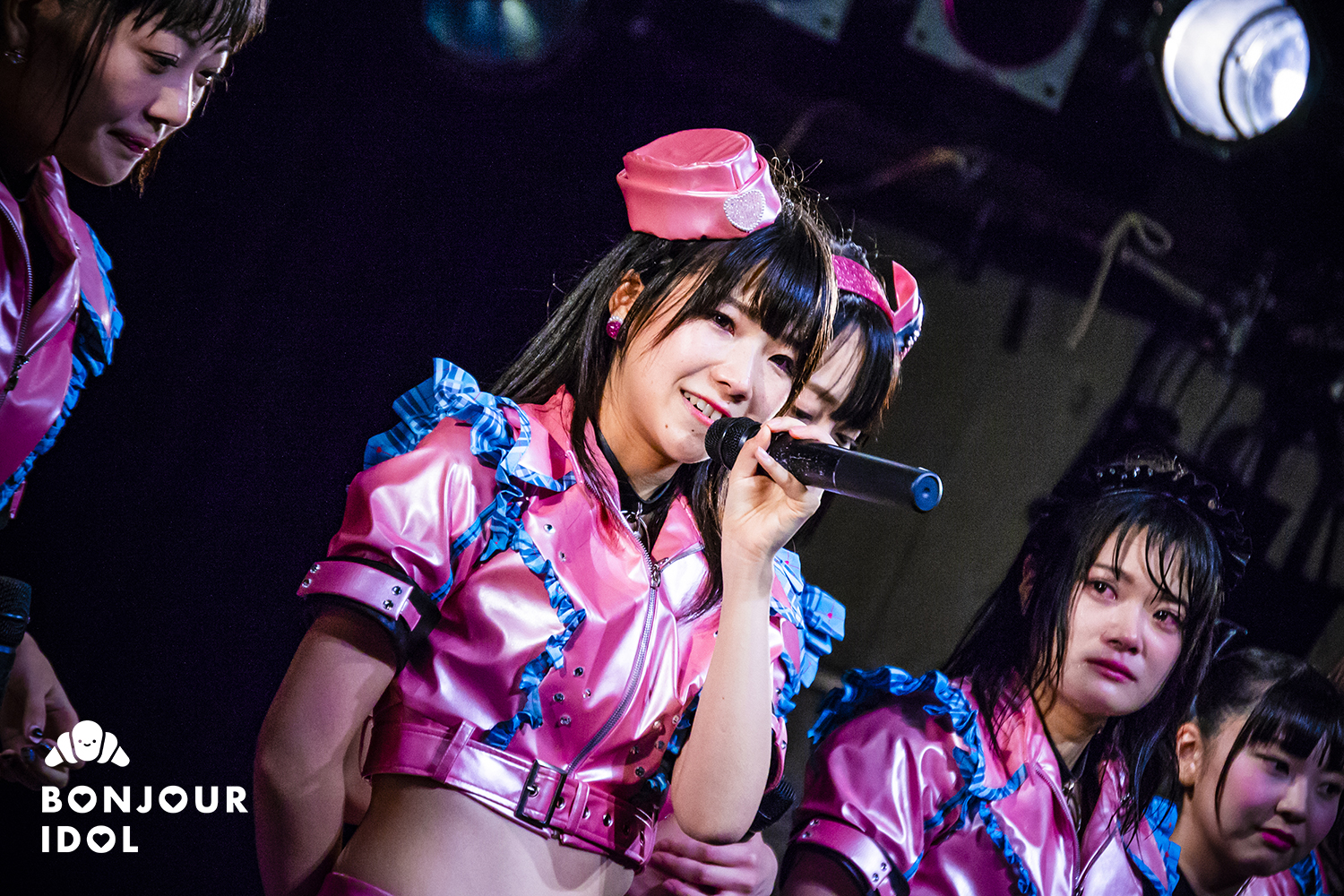 Manami Kazune
“I will say something you won’t like but please keep smiling! I, Manami Kazune, have decided to graduate from Iketeru Hearts. Being in the group and getting all these amazing opportunities in the past years have been amazing, and I had a lot of fun. But lately, I have realized that because I am having so much fun, I also started getting a bit soft about myself. I realized that life goes on beyond my idol years, and that I should step out and challenge myself more for my own future. I am now looking for some new things to achieve and this is why I took this painful decision. Joining Iketeru Hearts’ 1st generation, releasing singles and albums, have been such a big part of my life and I cannot help but worry about what will Iketeru Hearts look like without Manamii. But after achieving our initial goal of appearing at AniSummer, I realized that I need to part ways with the ten other members and go on my own path. I will graduate in December so please, let’s create the best memories together with my beloved members and fans during these last three months. I want to do as much as possible so I can leave without any regrets! Thank you so much!” 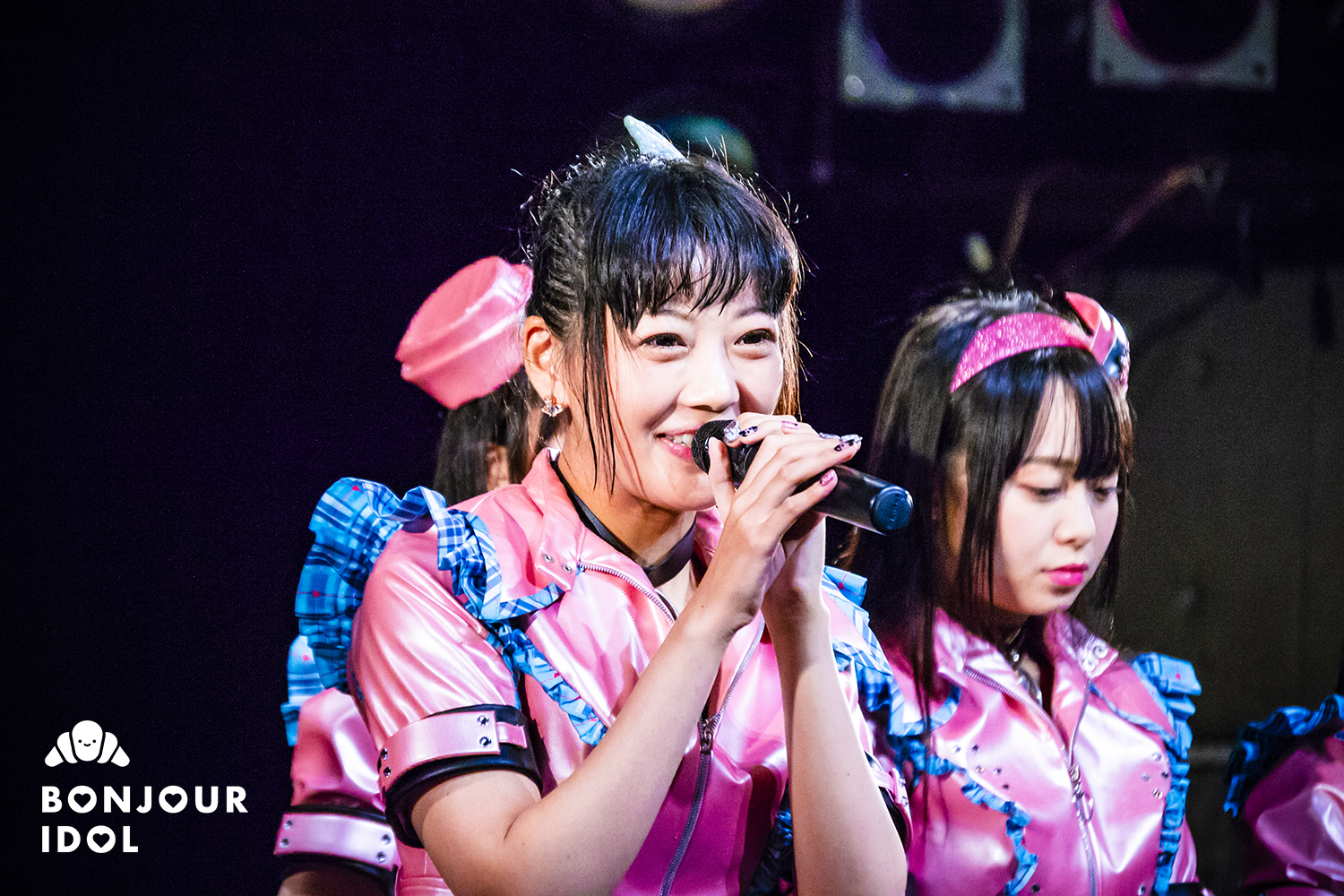 Arata Yuuyu
“Thank you for coming today! This is sad but… when coming today, I was determined to have the best time, and it was so much fun once again. […] When I started as a trainee, I had a lot of hopes and dreams, to joining Afilia one day, but I am really really happy I got to join Iketeru Hearts instead, and I wanted to express my thankfulness to everyone today. We got to challenge ourselves a lot over the past four years, and we all still have goals as everyone talked about it earlier. I have been wondering if there was anything else I could do… so I decided that I would graduate from Iketeru Hearts. […] I don’t want to stop. I want to keep performing on stage with everyone and try to overcome their frustrating feelings. But I don’t think I can be of any help as an idol myself, after all these years, so I decided that I would graduate. It makes me nervous to not be around everyone anymore but Nijika and Kotone have been handling their leadership so well this past year, I know I can count of them. I know everyone can rely on them to help Iketeru Hearts get bigger and bigger in the future. I will also graduate in December so please, let’s have the best time during my last three months as Arata Yuuyu. Thank you so much for your support!”

Photos, article and translation by Melody