On this third and final day of the Tokyo Idol Festival 2018, Sashihara Rino, chairwoman for the second year in a row, put on her idol costume to perform with the HKT48 members! Like last year, the group had the honor to participate and perform on the main stage of the festival. This time, the group also concluded the festival by being the last group to perform on the HOT Stage, located at the Zepp Diver City! 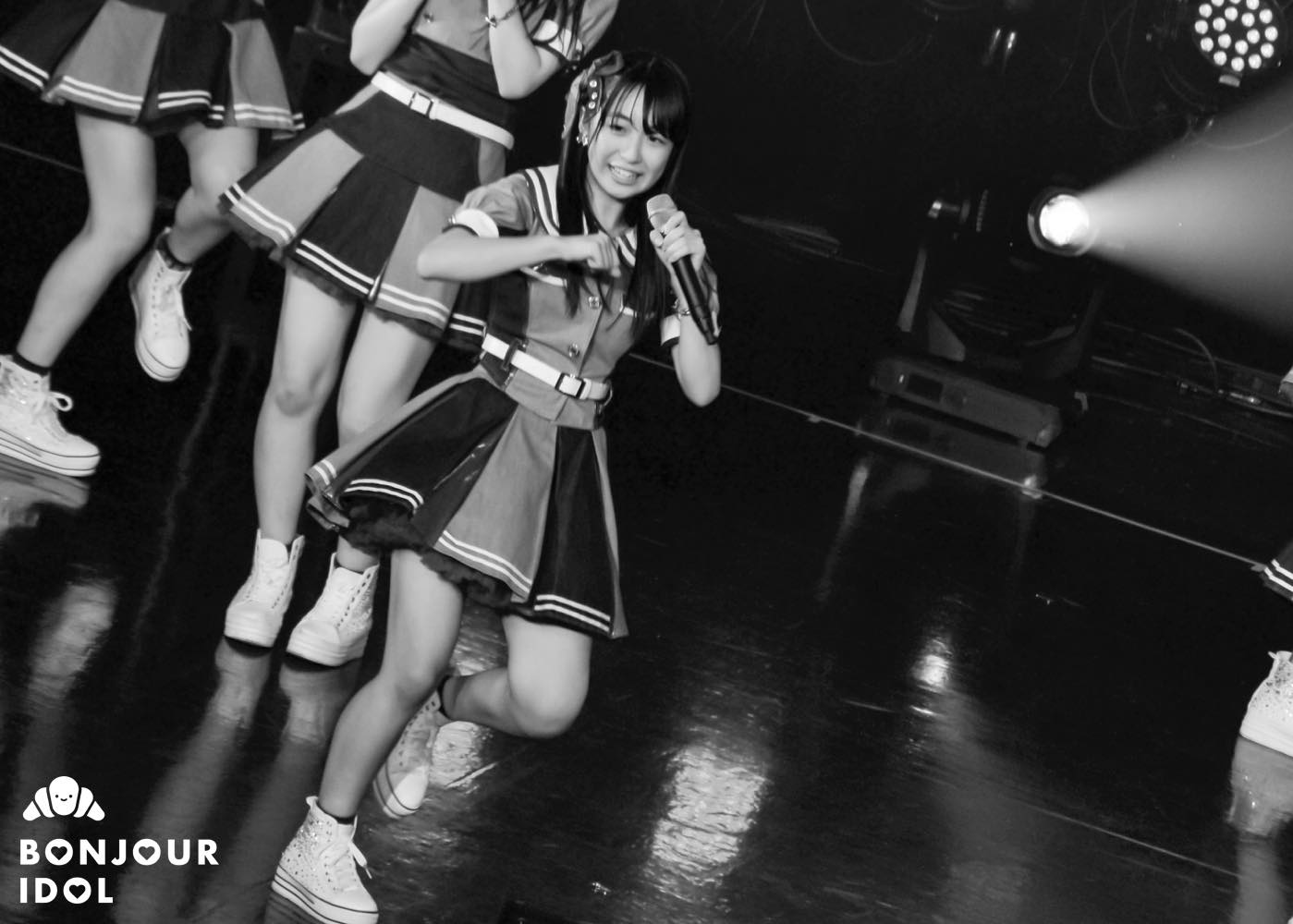 Tashima Meru, Matsuoka Hana, Tanaka Miku and the other members perfectly carried on the show despite the absence of Miyawaki Sakura and Yabuki Nako, participating in the Japanese-Korean survival show Produce48. They kicked off the show with several blasts from the past, including “Sakura, Minna de Tabeta”, “Shekarashika” and “Melon Juice”. During the first MC, Sashihara Rino took the opportunity to introduce a member still unknown to most of the audience, Watanabe Akari, a fresh member from the latest “draft” audition of the 48Group. (note: the draft audition is based on a system similar as the North American team sports)
This fresh face left a great impression as she was no more than Yabuki Nako‘s substitute for the center position during “Wink wa 3-Kai”, but also during the entire performance.
After four tracks from their discography, Tanaka Miku and Watanabe Akari took the lead with the latest single of the group “Hayaokuri Calendar”, ending the 45 minutes-long show on the main stage of the festival. 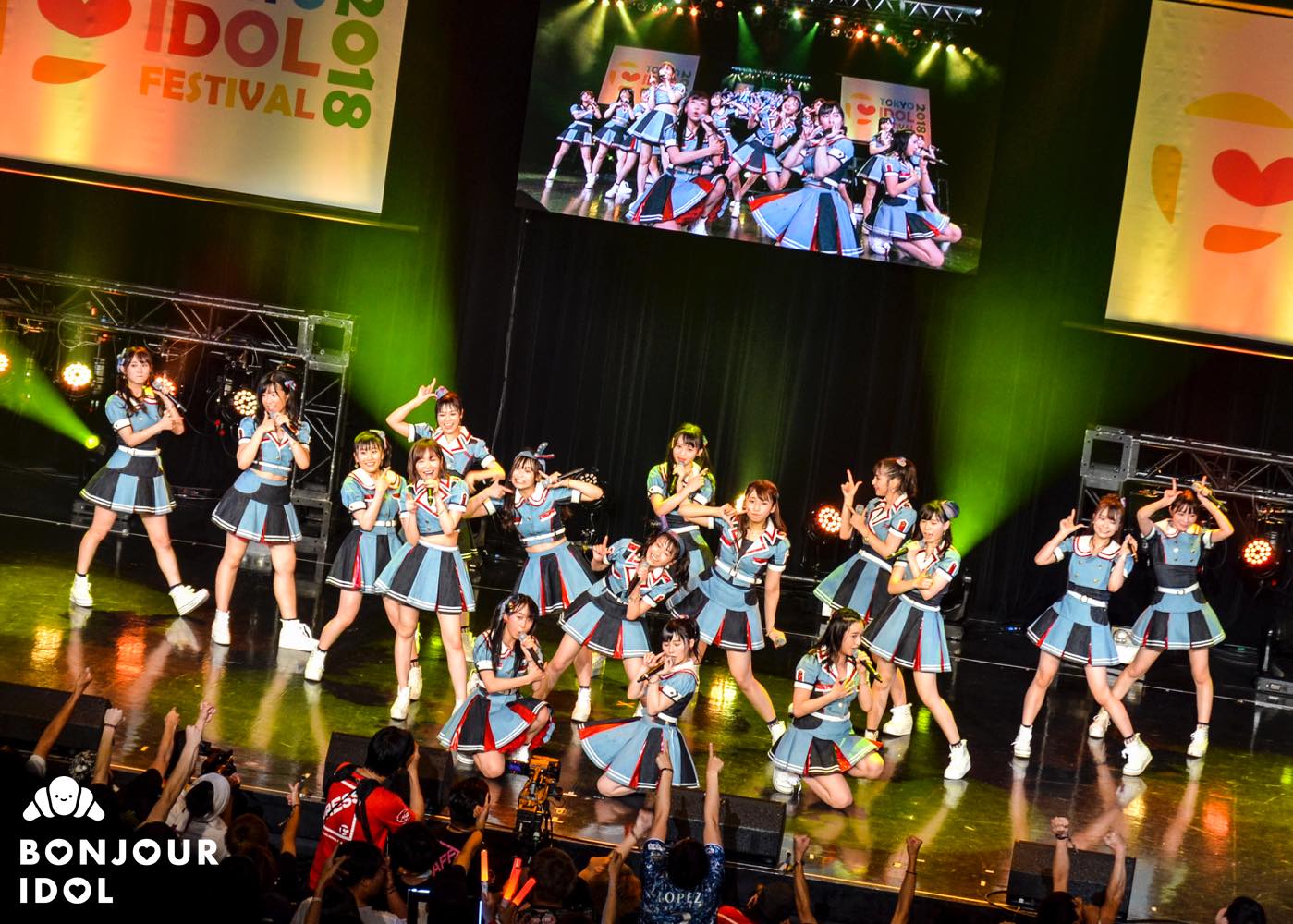 Once again, the group from Fukuoka showcased their enthusiasm and communicative playfulness to the audience of the biggest idol festival in the world. We can be sure that if the chairwoman spot is still Sashihara Rino‘s next year, we can expect to same dose of energy and fresh air from HKT48 for the 2019 edition!

Article by Nathan Gey and translation by Brice
Photos by Melody