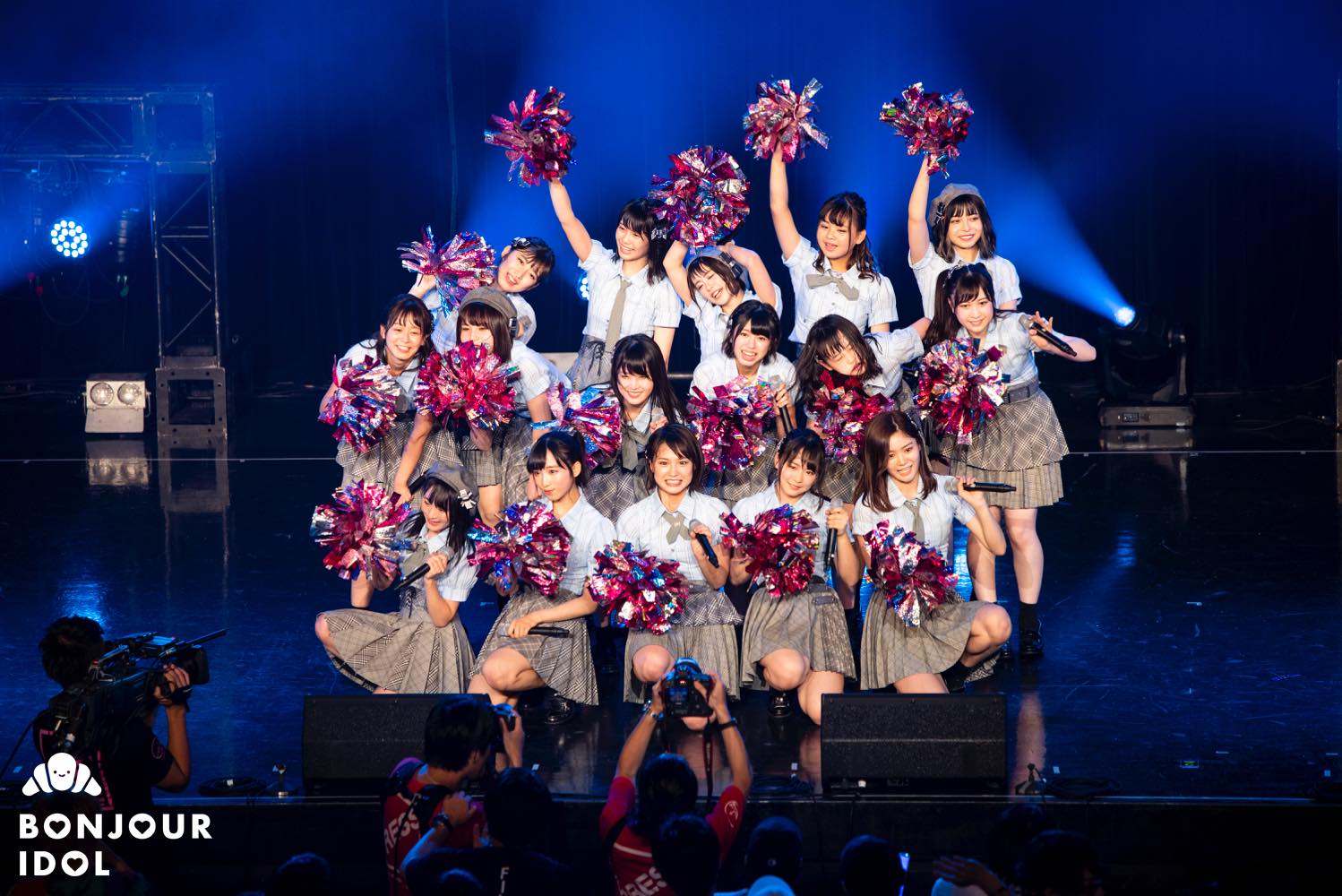 AKB48 and Toyota collaboration unit Team 8 seems to be unstoppable as they are currently one of the most popular acts of the 48G franchise. They secured a spot on the main stage as this was their third appearance in the world’s biggest idol event, and the craze never fails to amaze us.

16 members of the 47-people unit were present on stage, led by Tokyo representative Oguri Yui (center in picture below). The 17-years-old idol was just previously appointed as center for AKB48’s 52nd single “Teacher Teacher” for her first time leading their all-stars line-up, ahead of iconic members like SKE48’s Matsui Jurina or AKB48’s Kashiwagi Yuki. Were also on stage Oda Erina, Nagano Serika and Nakano Ikumi, who recently took part into the very trendy Produce48, a Korea and Japan collaboration survival reality TV show to create the ultimate Korean-Japanese girl group. All three of them unfortunately did not make the latest cut, while teammates Honda Hitomi and Shitao Miu are currently breaking buzz records amongst Korean netizens. 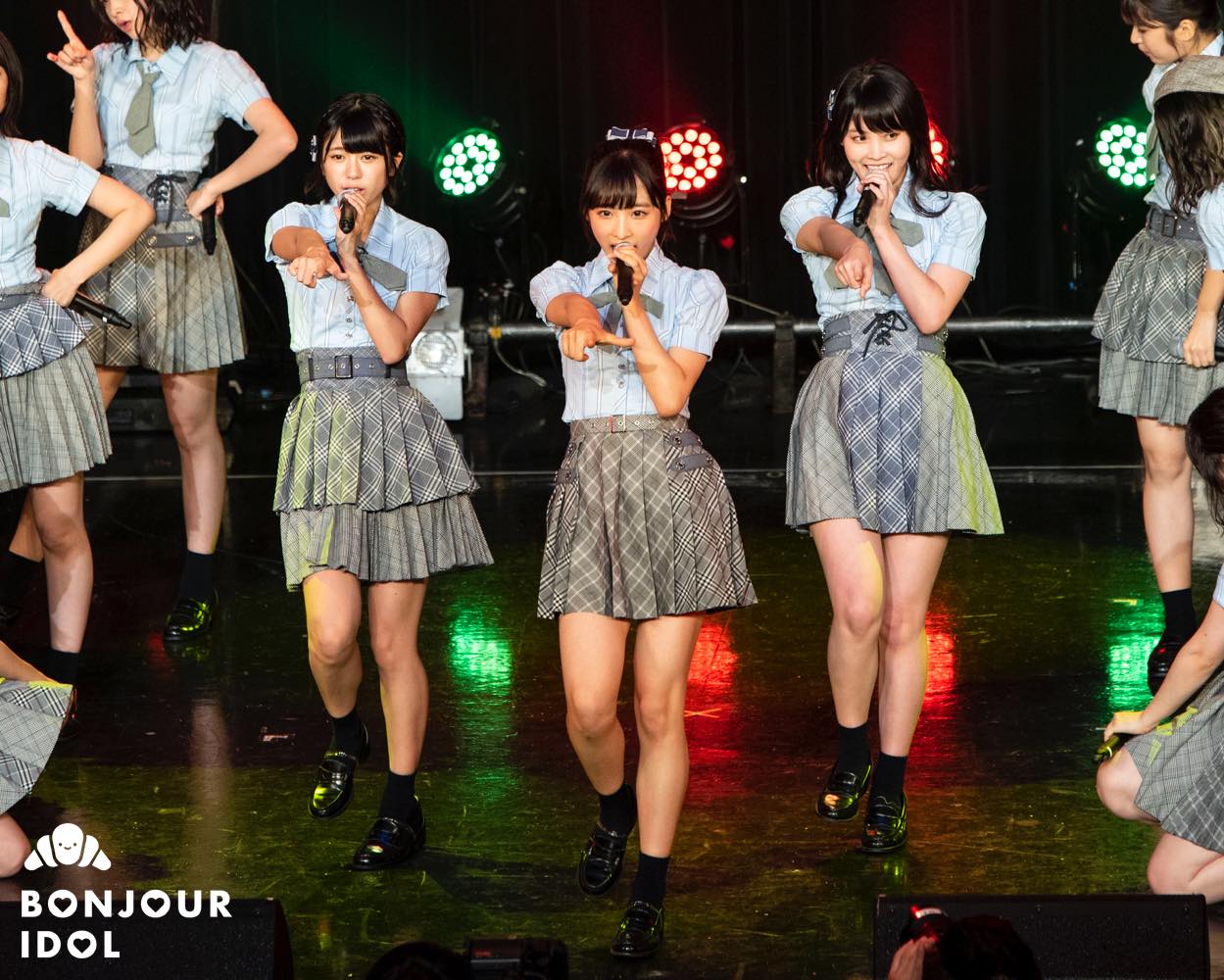 AKB48 Team 8 provided the Tokyo Idol Festival audience one of their usual very energetic and joyful performances, as expected from one of the 48G franchise’s most anticipated and popular units. This is definitely just the beginning for this unit as new members come and go on a regular basis, while still roaming all over Japan to make the entire country a happier place!

STU48: the fresh charm of the Seven Setouchi prefectures 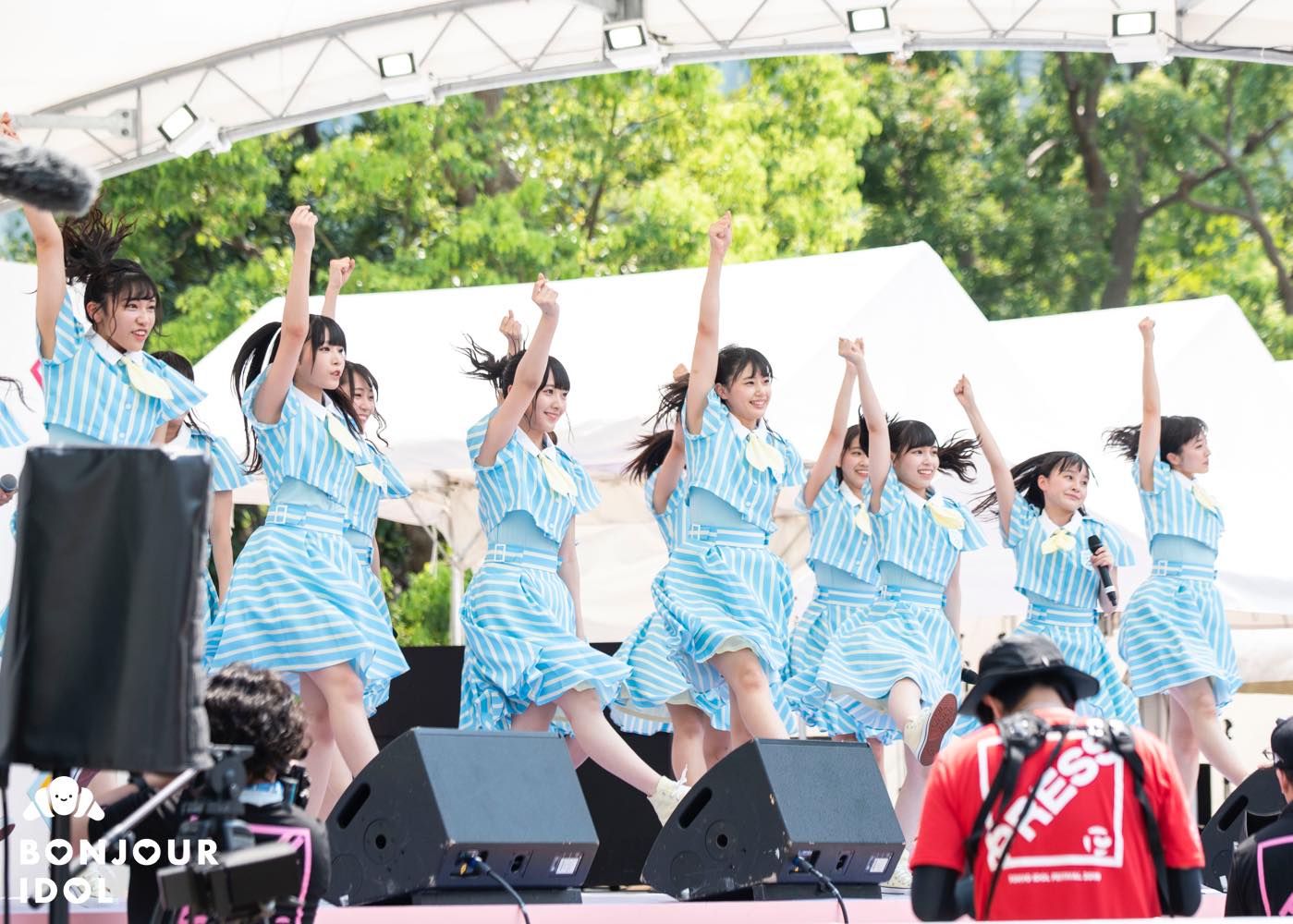 For their second time at Tokyo Idol Festival, STU48 showcased their youthful and fresh energy in a double performance at the main Hot Stage and the iconic Smile Garden. Led by center Takino Yumiko (picture below), the Setouchi area prefectures and ship-based AKB48 sister group had prepared a blend of original songs and carefully selected covers that did not fail to get their audience excited!

Starting with very first 16-members version of their latest song “Yume Chikara”, a joyful and energetic anthem, STU48 then covered legendary songs from all three of their older sister groups. NMB48’s “Nagiichi”, SKE48’s “Gomen ne, SUMMER” and AKB48’s “Manatsu no Sounds good!” pleased the audience with their happy and familiar summery chimes. Dressed in pale blue and white striped dresses, STU48 positioned themselves as the embodiment of 48Group’s most refreshing production, ending their Smile Garden performance with their first single song, “Kurayami”. 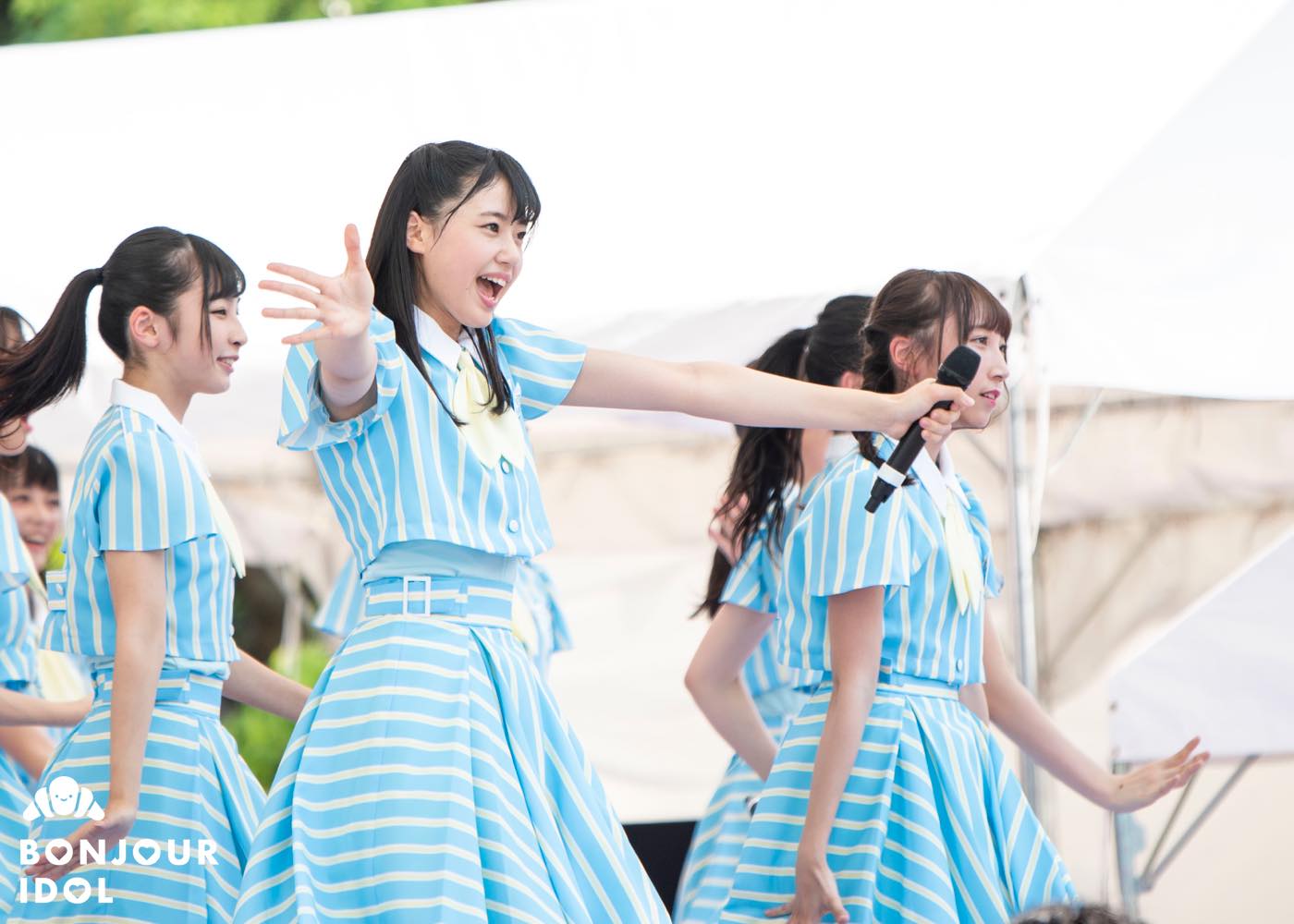 STU48 will be releasing their second major single later this year. Initially planned for late August, it has been delayed as a consequence of the flood disaster hitting the Setouchi area this summer. Takino Yumiko will be standing in the center spot once again.

BNK48: a milestone in the history of Tokyo Idol Festival 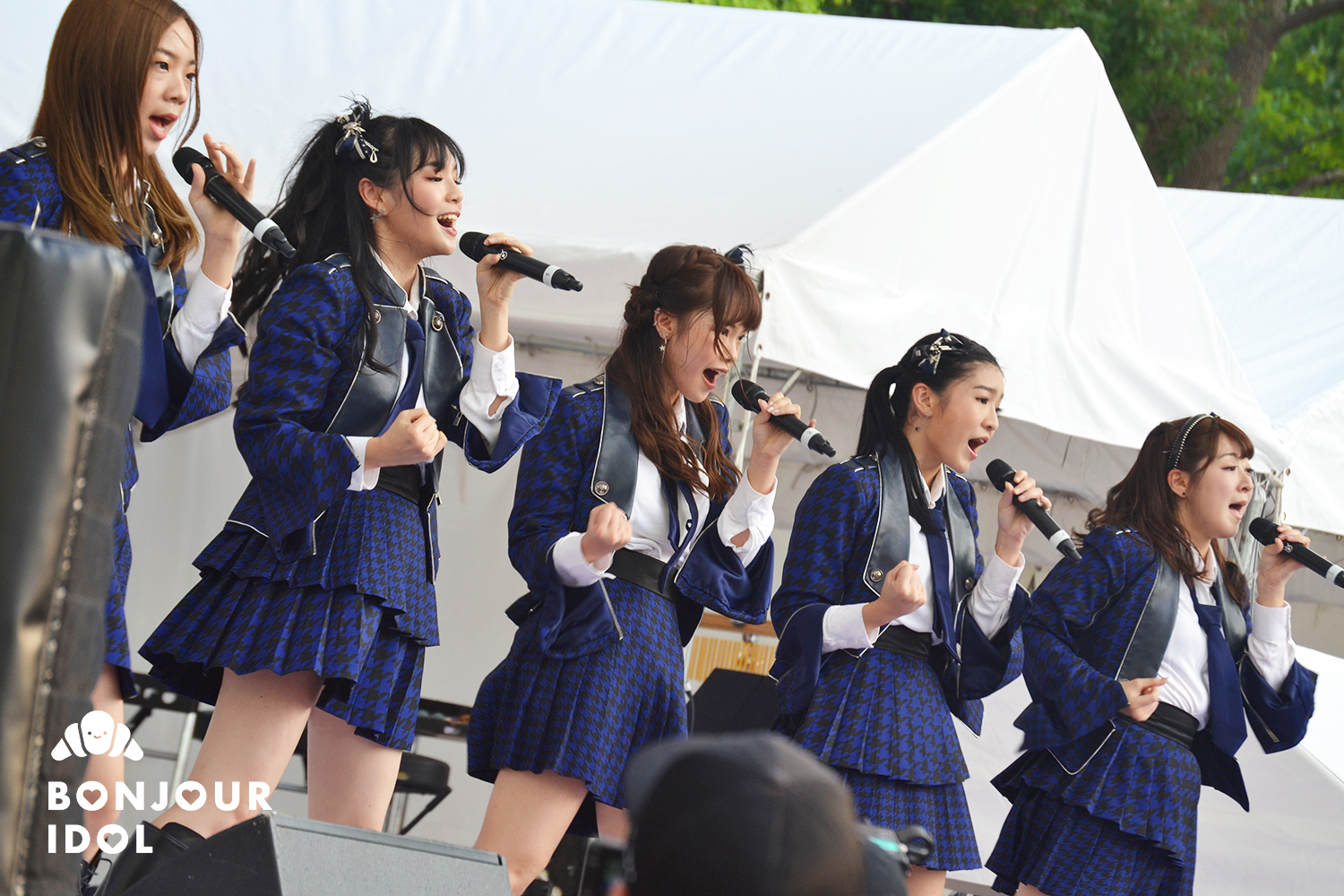 The iconic Smile Garden stage welcomed a few legendary performances at TIF over the past years, but this one is probably now history. Thailand-based AKB48 sister group BNK48 was the very first foreign idol group to perform at Tokyo Idol Festival ever, and they managed to gather quite an audience!

Led by Japanese transferee Izuta Rina, six members of the Bangkok idol group stood on stage for this second day of the festival. The line-up included members Cherprang and Music (picture below), who respectively ranked 39th and 72nd in the 48Group’s World General Election this year — a very impressive achievement for a foreign sister group that barely debuted a year ago. 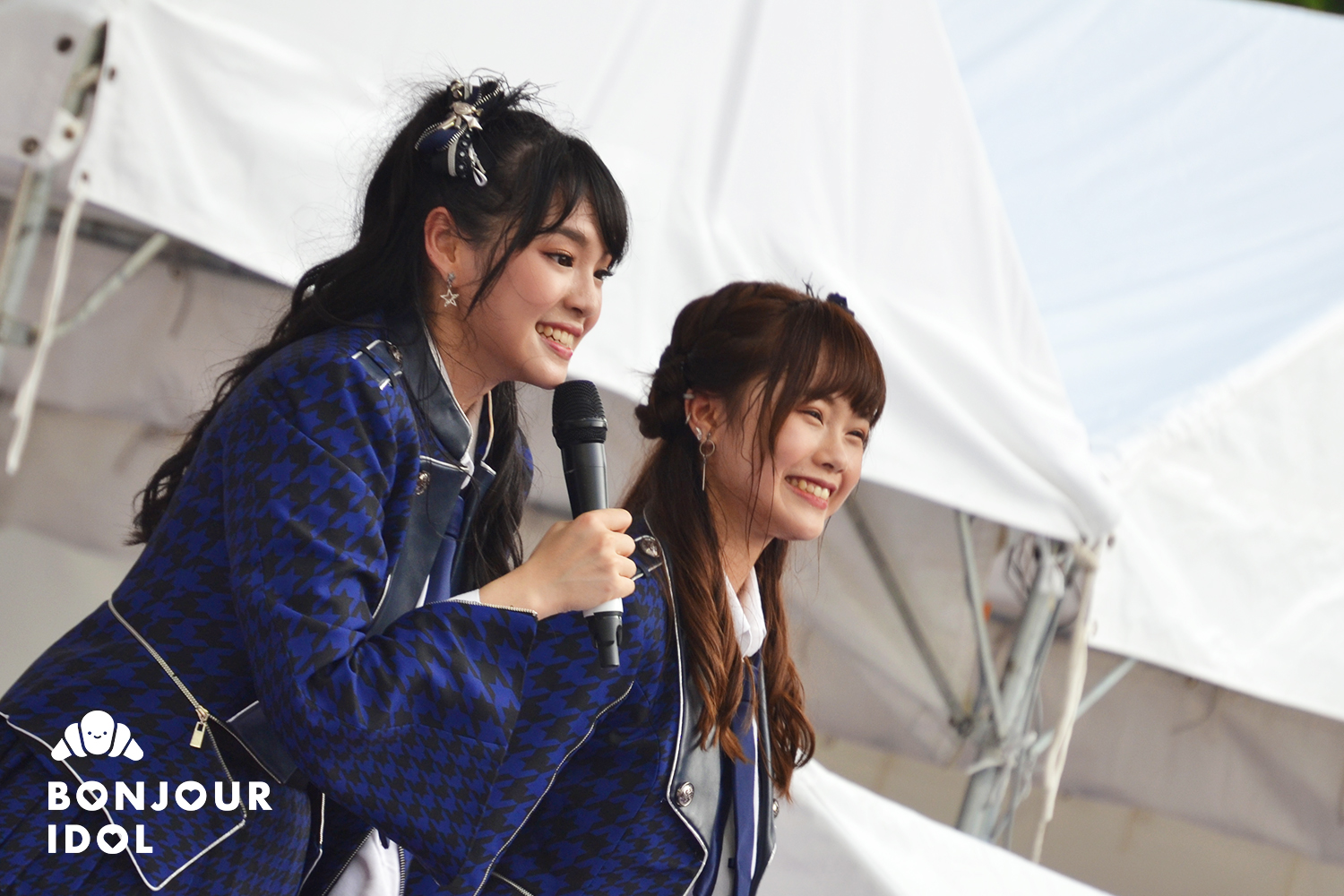 BNK48 proudly represented their country and the friendly ties between Thailand and Japan by performing four of their AKB48 cover songs, adapted for the Thai language. All members gave self-introductions in Japanese, doing their best at remembering words and triggering amused but very moved reactions from the fans. While most of the people attending this performance seemed to have shown up out of curiosity, the Tokyo Idol Festival audience seemed to quite enjoy the show, happily joining the fun with the iconic AKB48 calls and mix.

It has been an honor to witness this very first performance by a foreign idol group at the festival, and we certainly hope BNK48‘s fresh smiles and enthusiasm will keep collaborating with Tokyo Idol Festival in the future!