callme were in top form in the days leading up to Japan Expo 2018 in Paris with Ultra callme “Musical scale”, a pair of performances at Yamaha Ginza Studio on June 24, 2018.

The balmy summer temperatures outside paled in comparison to the heat of the venue as callme took the stage for the evening performance, their jazzy into music pulsating from the sound system. Dressed in cobalt blue dresses with white accents, MIMORI, KOUMI, and RUUNA kicked things off with “Peaceful world” and “Way I am” before pausing to greet their fans and welcome them to the live. 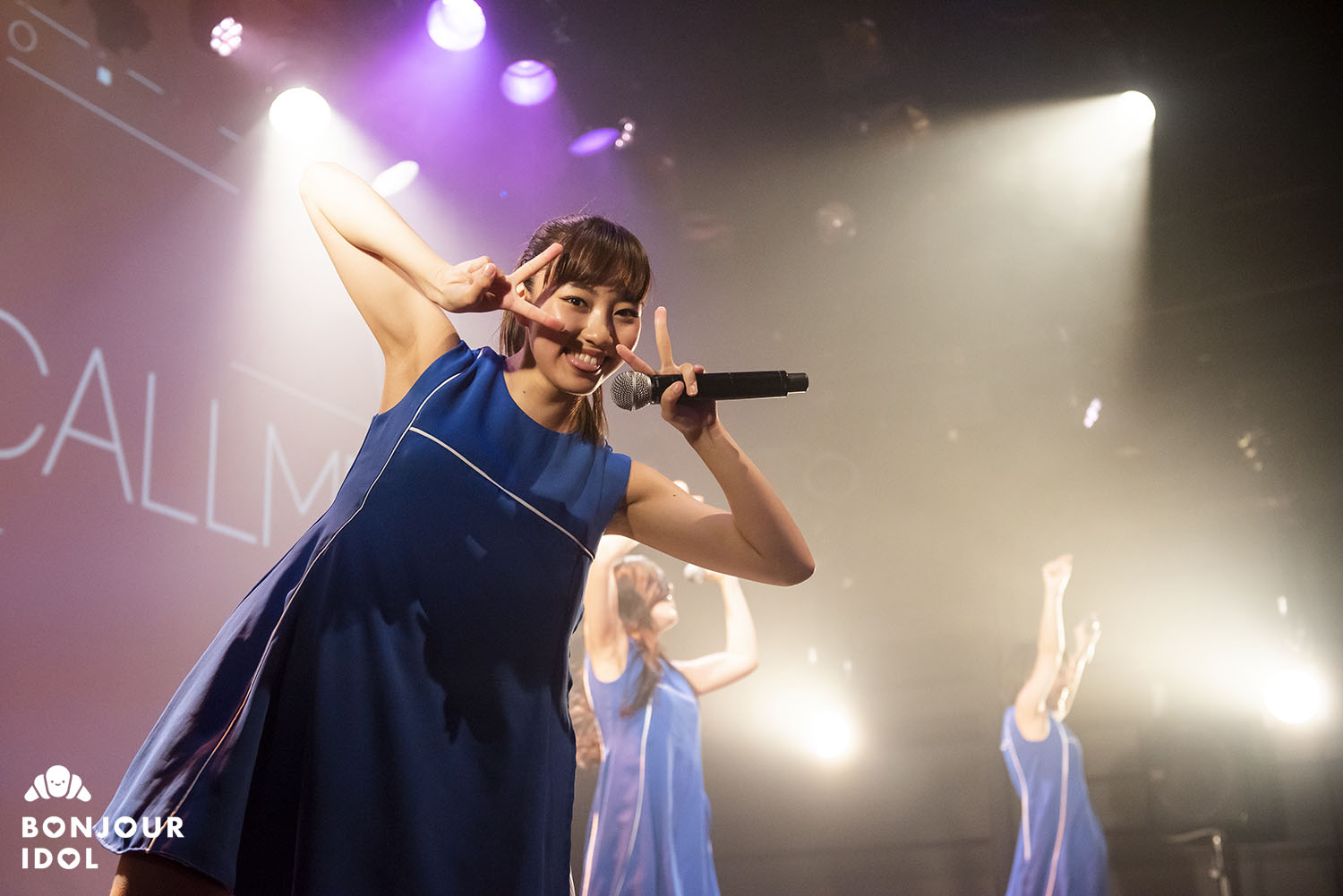 The set settled down into a steady bass-heavy groove as callme continued with “My style”, “You don’t know me” and “I like you”, raising the temperatures even higher as they and their fans were caught up in the music. The members spoke about their upcoming appearance at Japan Expo 2018 in Paris, demonstrating what French phrases they had been studying.

Beginning the second half of the set with a remix of “In my dream”, callme transitioned towards the more futuristic end of their catalog with “For you” before stopping off in more conventional idol territory with “summer of love”, the fans energetically calling out and jumping along. 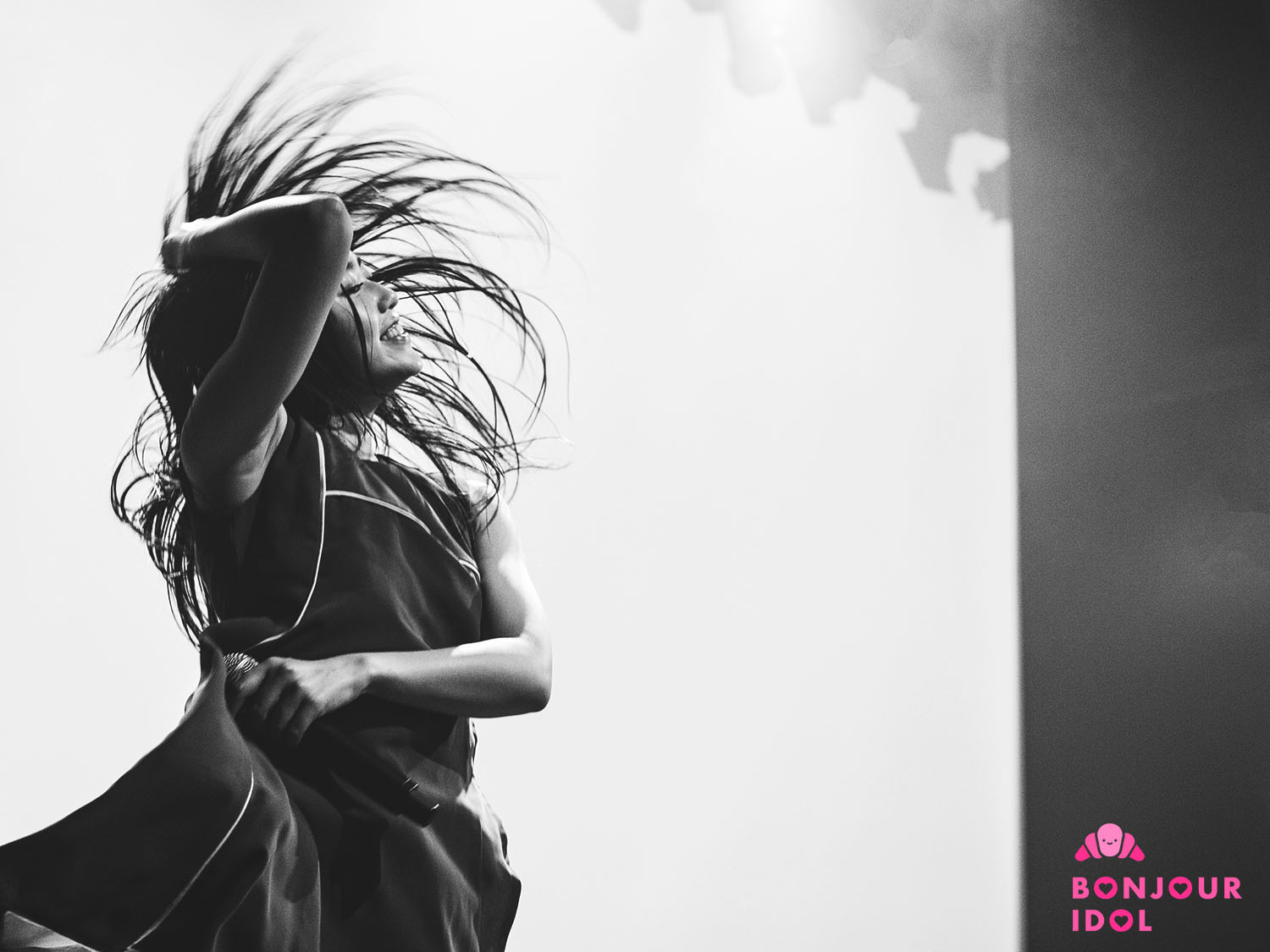 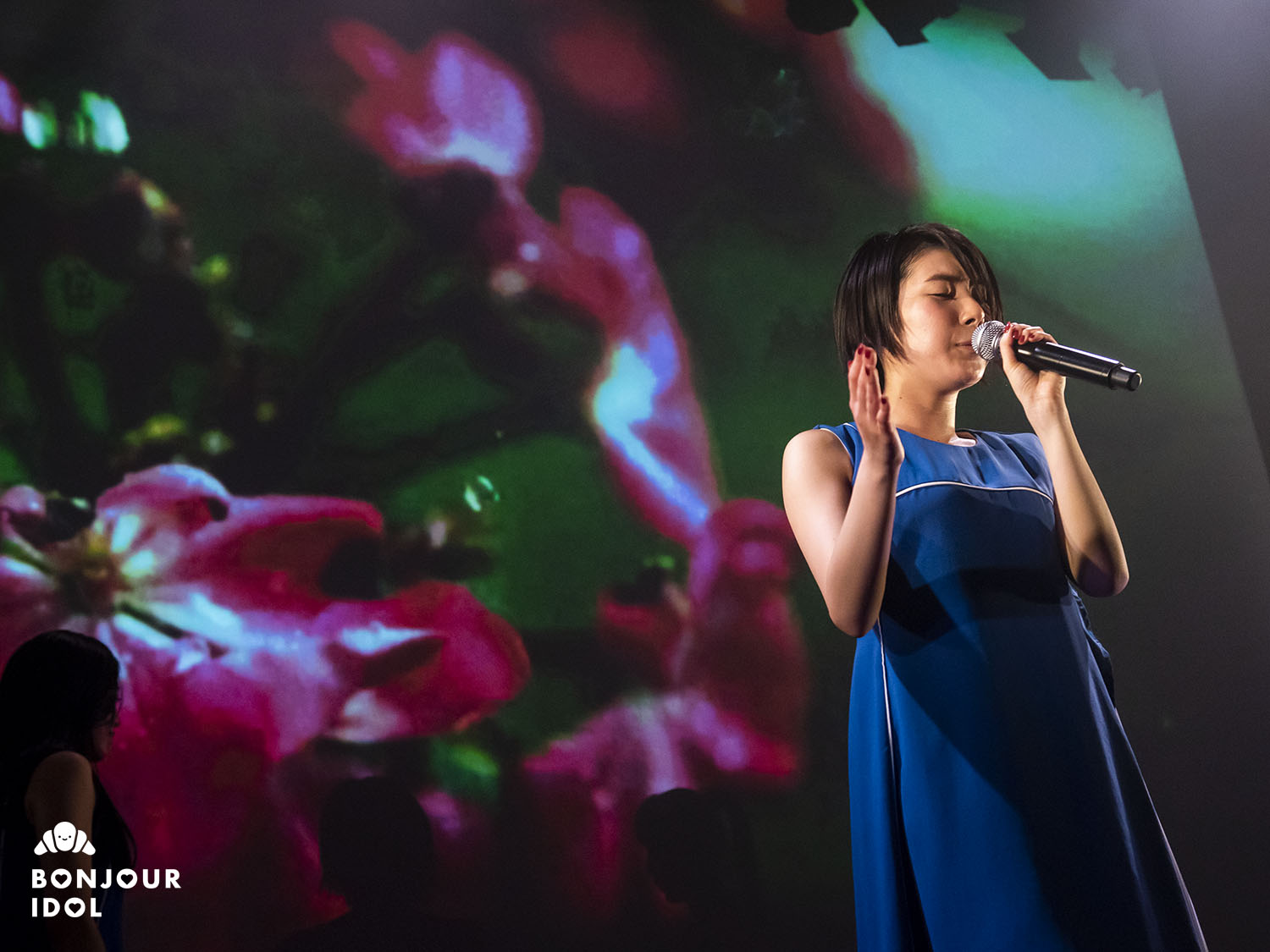 Noting that MIMORI just turned 22 on June 14th, RUUNA and KOUMI were joined by the fans in singing “Happy Birthday” to her and presenting her with a cake and flowers. Returning to the music, the performance changed direction again as callme jumped into “Sing along” and “One time” before turning up the energy all the way with their popular tune “step by step” and “Don’t be afraid”. Closing out with the hypnotic musical suite “It’s own way”, callme brought down the curtain on their last Japanese performance before Japan Expo 2018 in Paris. 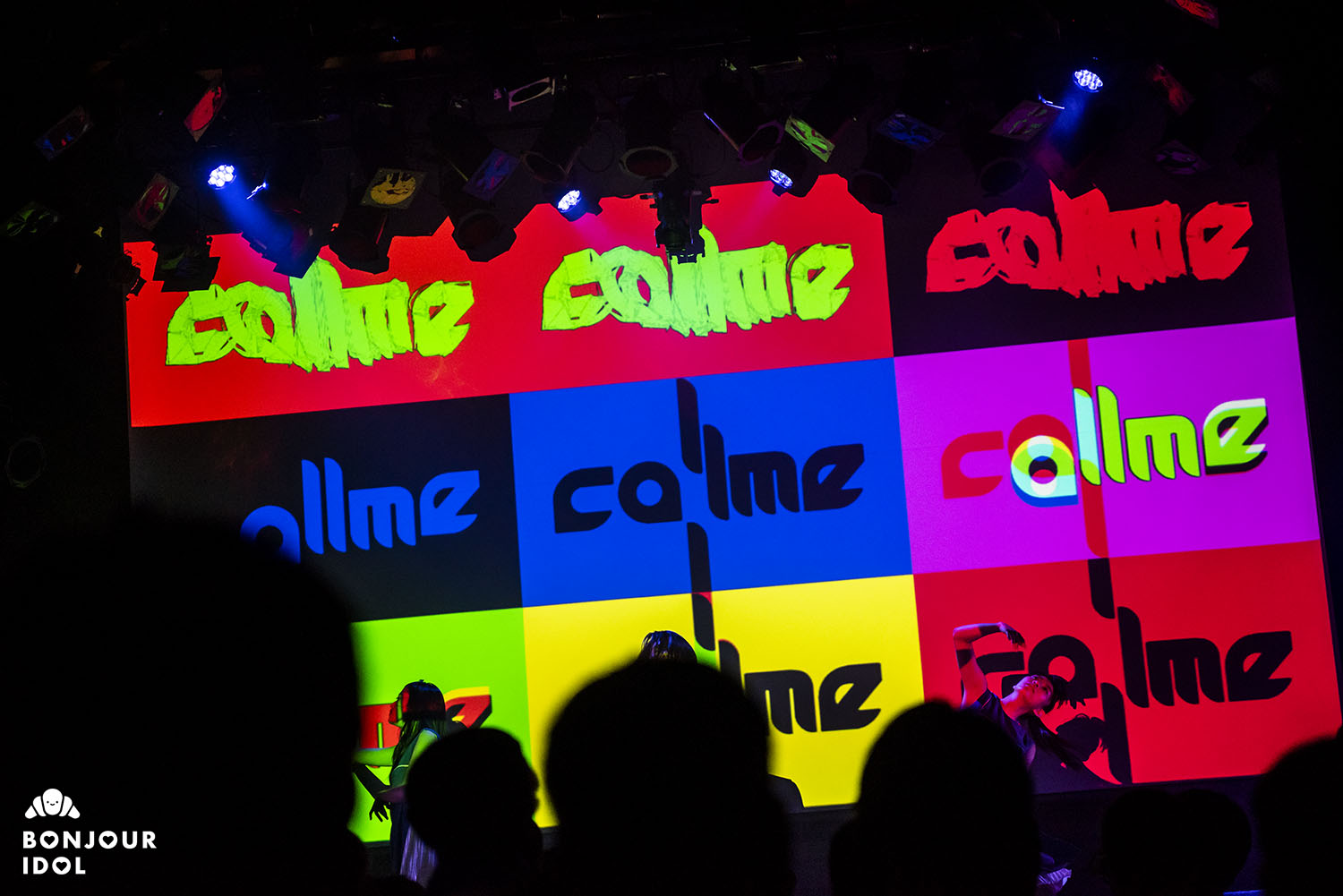 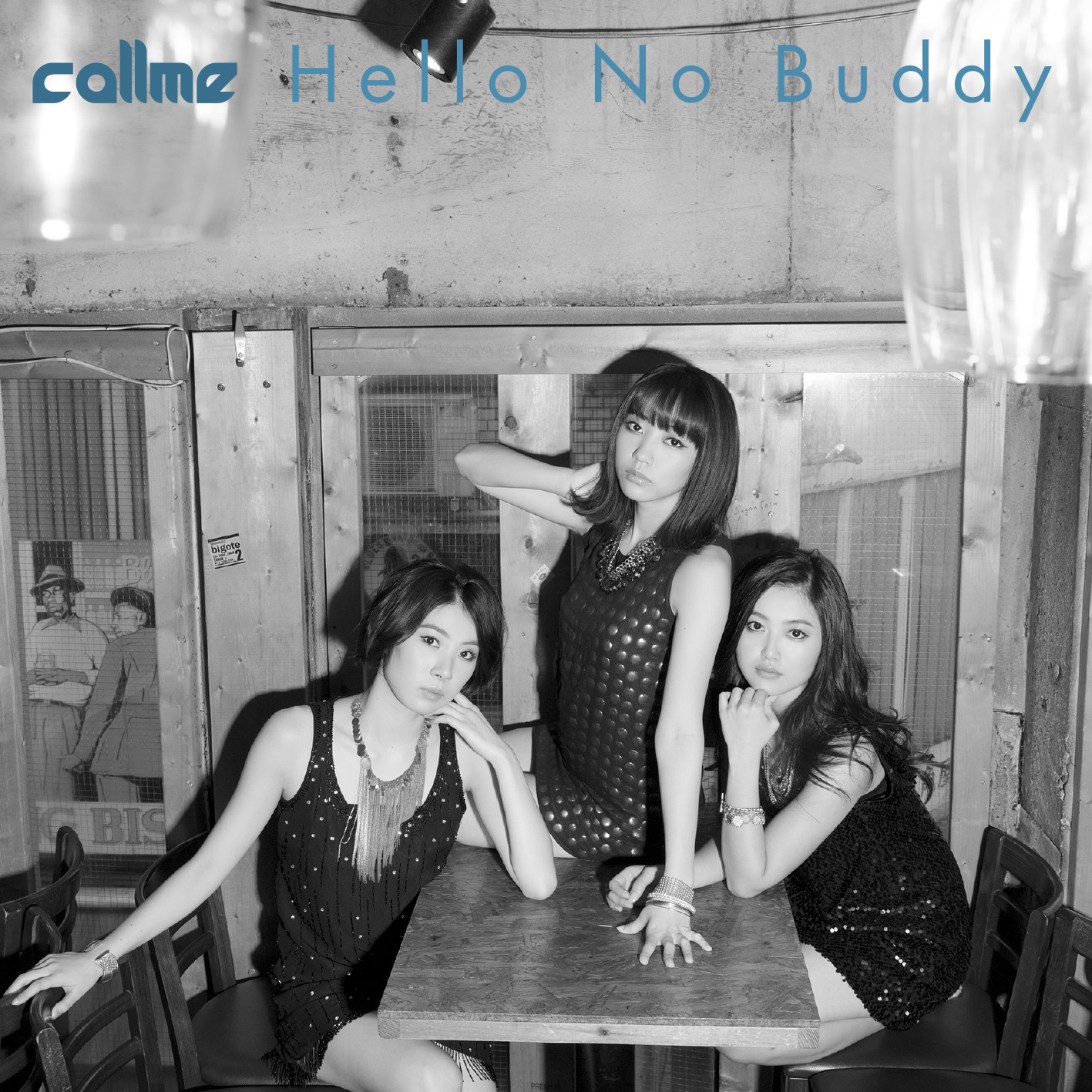 Photos by Nathan Gey
Article by Kai Okudara, translated to French by Brice

callme
This site uses cookies in order to offer a better browsing experience: Find out more